With the war in the gold market continuing to rage, today Alasdair Macleod said the battle of the gold bulls is ahead. 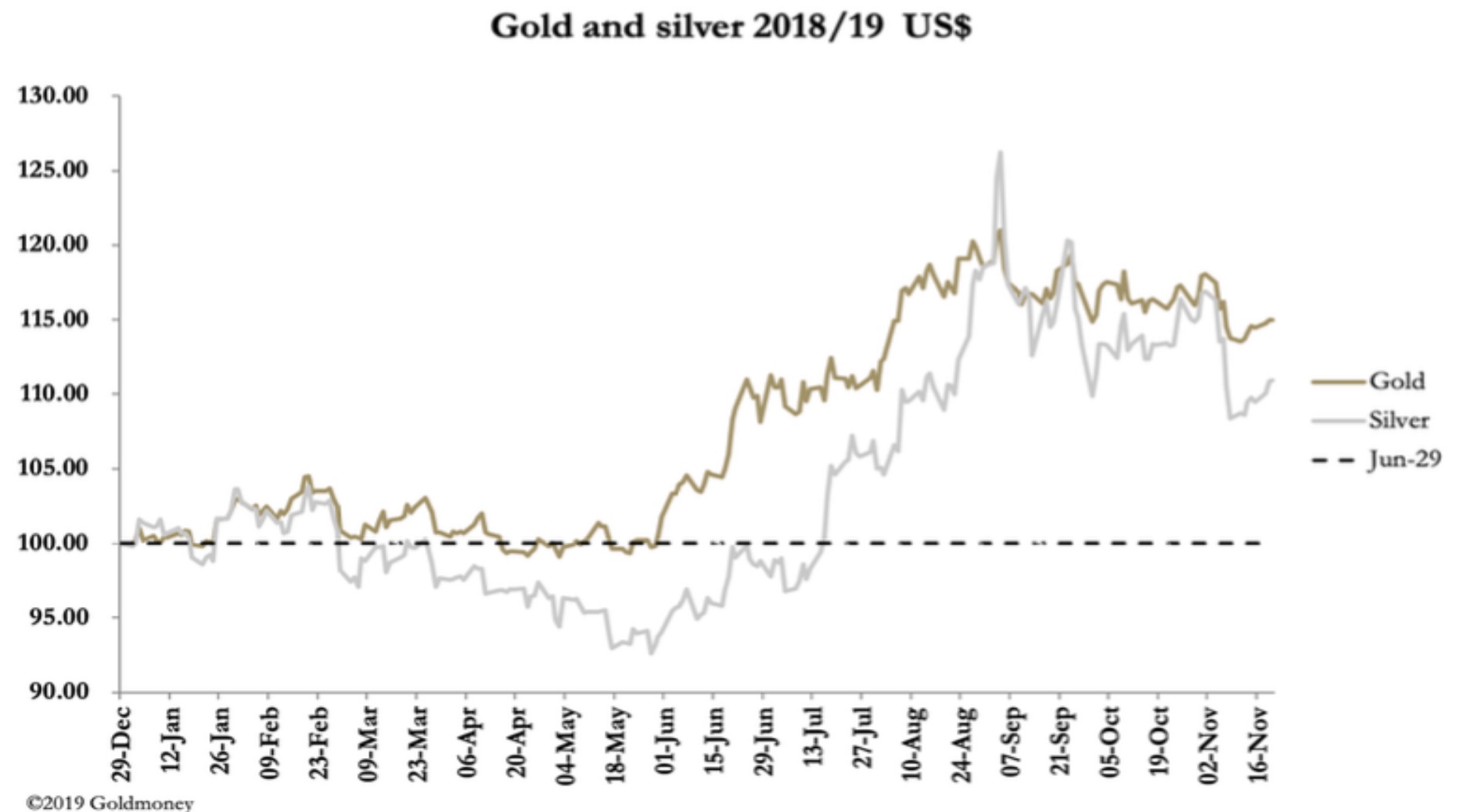 Battle Of The Gold Bulls Is Ahead
November 22 (King World News) – Alasdair Macleod:  As the chart above shows, gold and silver prices consolidated for a second week. In mid-morning European trade, gold was up $3 from last Friday’s close to trade at $1471, and silver was up 21 cents at $17.20 over the same time scale.

However, the paper market for gold is in a precarious position for the very short-term, illustrated by our next chart, of open interest on Comex and the gold price. 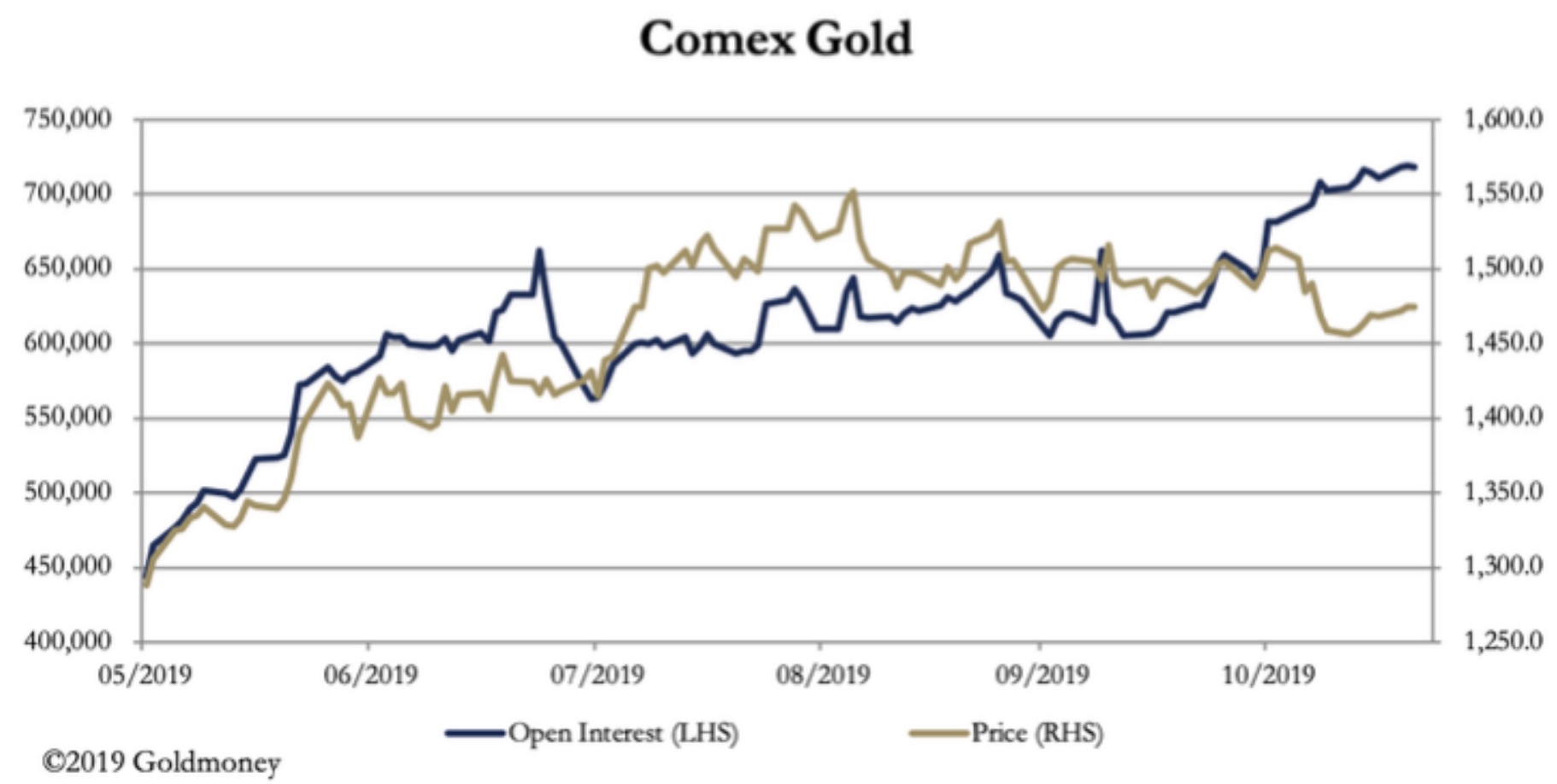 This chart covers gold’s bull run from last May, and until the market peaked in September, a rising gold price was broadly accompanied by expanding open interest, as one would expect. But as the consolidation in the price over the last three months has progressed, open interest has continued to increase into record territory…

Clearly, this is unusual and suggests extreme speculation. But as our next chart shows, this is not quite true, with speculator longs overbought, but not overly so.

An examination of all Comex positions fails to reveal any extremes, with all trader categories showing healthy short positions as well as longs. This on its own tells us the gold bull market is probably alive and kicking.

The fly in the ointment is that the December contract runs off the board next Friday and the outstanding number is still large. Usually what happens is the bullion banks, who are naturally short, mark the price lower to trigger the speculators’ stop-losses. But this time, when the price is marked down all that happens is new buyers materialise.

This leaves Comex in a difficult situation, with over 250,000 December contracts to close or roll today and next week, an average of over 41,500 contracts daily. That said, the evidence suggests there is good underlying bullish momentum in Comex gold futures, which is the basic message from record levels of open interest…

Furthermore, there are a number of fundamental factors that could help gold prices rise into the first half of 2020: