This is what to expect from gold and mining stocks after last week’s $100 plunge and it may surprise you. Carefully read the article and study the charts showing future returns.

What’s Next After $100 Gold Plunge
November 16 (King World News) – Here is a portion of an extremely important report in the aftermath of last week’s $100 takedown in the gold market from Jason Goepfert at SentimenTrader:  Gold stocks have been looked at as a potential safe haven this year, even though their record on that score is mixed at best. Even so, investors saw no need for them this week.

As a result of the selling pressure, fewer than 70% of gold miners have managed to hold above their 200-day moving averages, the fewest since April. 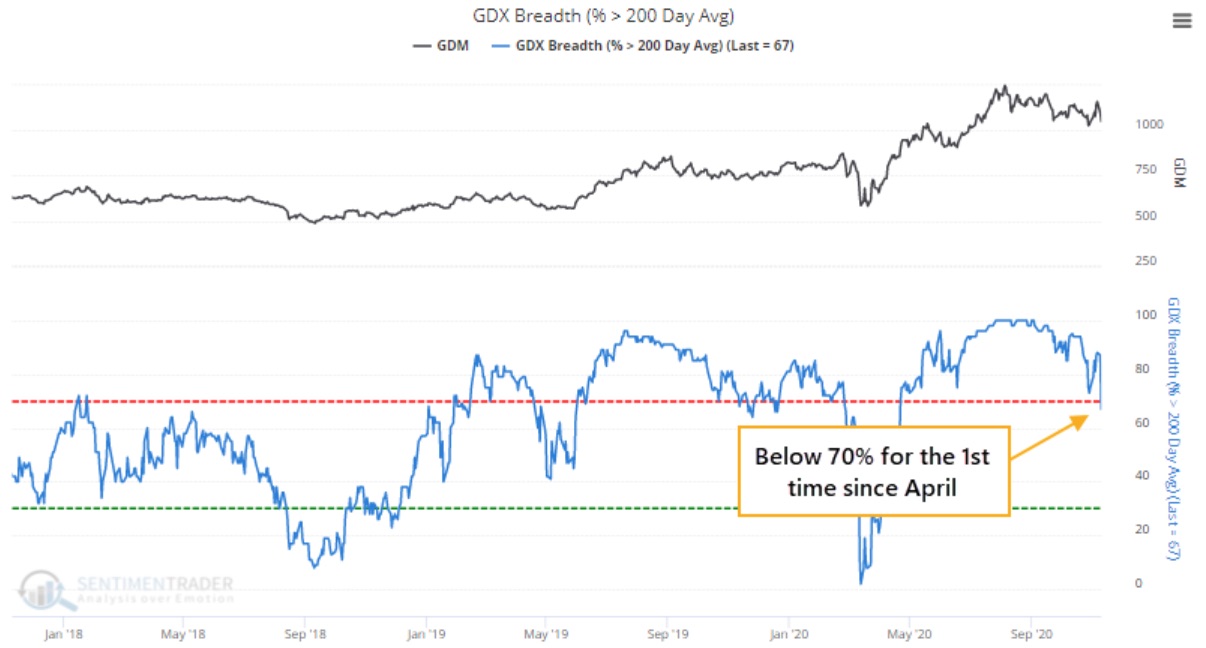 This ends a long streak with more than 70% of miners being in long-term uptrends. Going back to 1986, there have only been a few times when more than 70% of mining stocks held above their 200-day averages for more than 6 months. The most recent one was the 4th-longest ever. 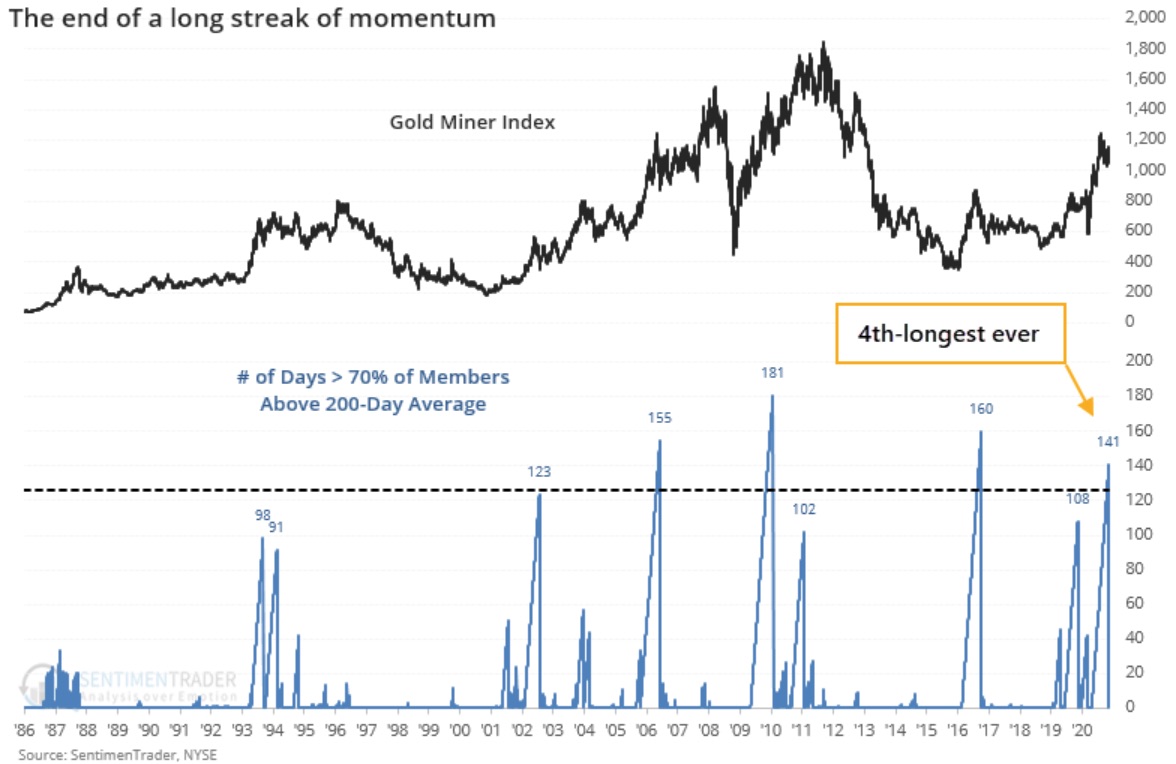 In most markets, when we see an end to a protracted streak of momentum, there is often some shorter-term weakness, but longer-term strength. In this case, gold miners weren’t so different. Each of the signals suffered some weakness at some point in the first couple of months, but long-term returns were very good. 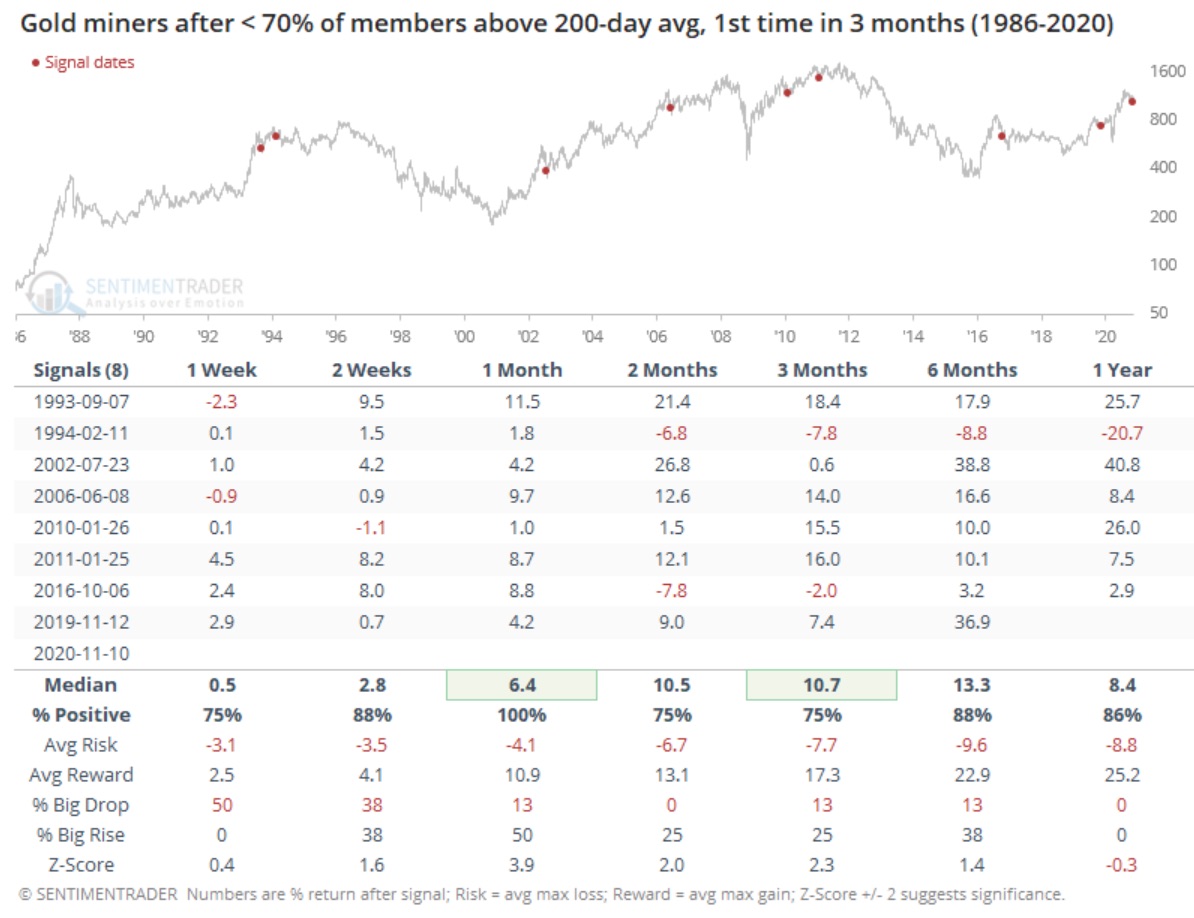 Again, the returns were very good. Gold miners resumed their rally over the next month all 8 times this signal triggered, and mostly held onto those gains in the months ahead. There was only a single true failure, in 1994, though the one in 2011 did eventually roll over into a wicked bear market…

Among the miners themselves, returns were fairly consistent, but a couple struggled more in the shorter-term. 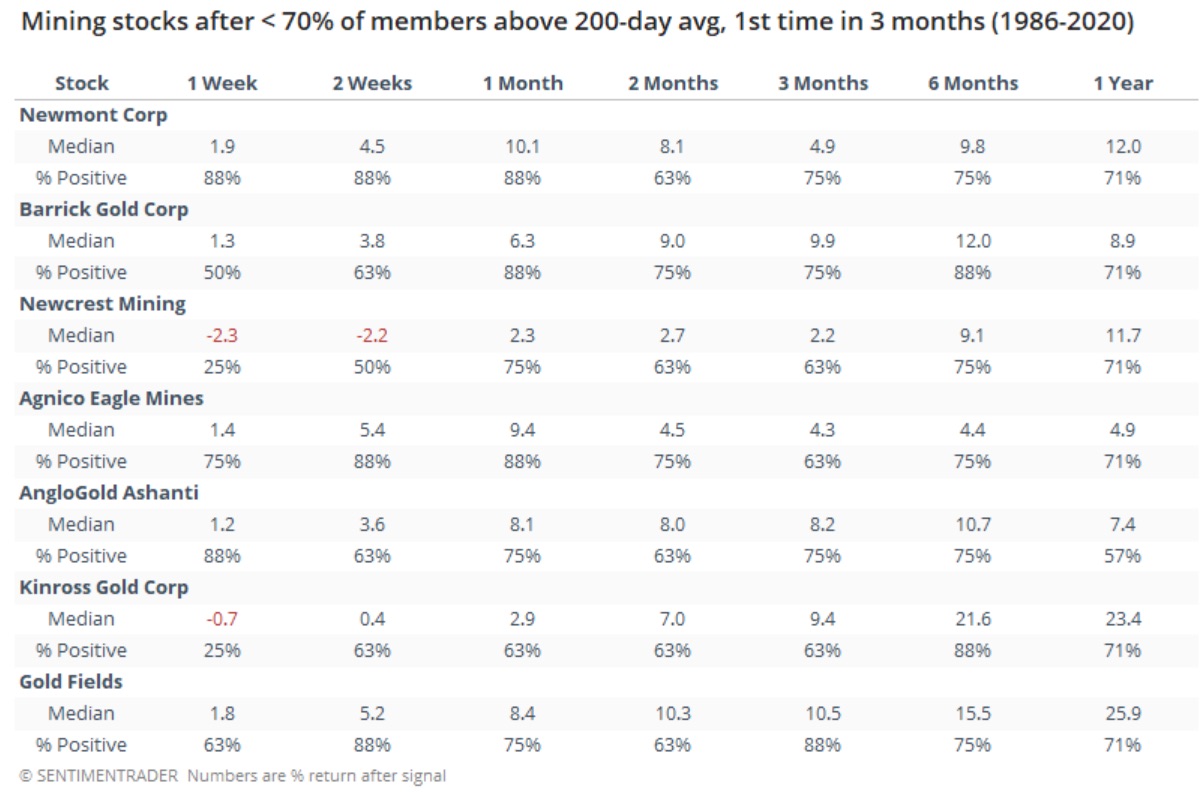 Gold miners are closely tied to the price of gold itself, so let’s look at what gold prices did after miners ended these streaks of momentum. This is like watching the tail instead of the dog, so it may be more of a curiosity than anything. 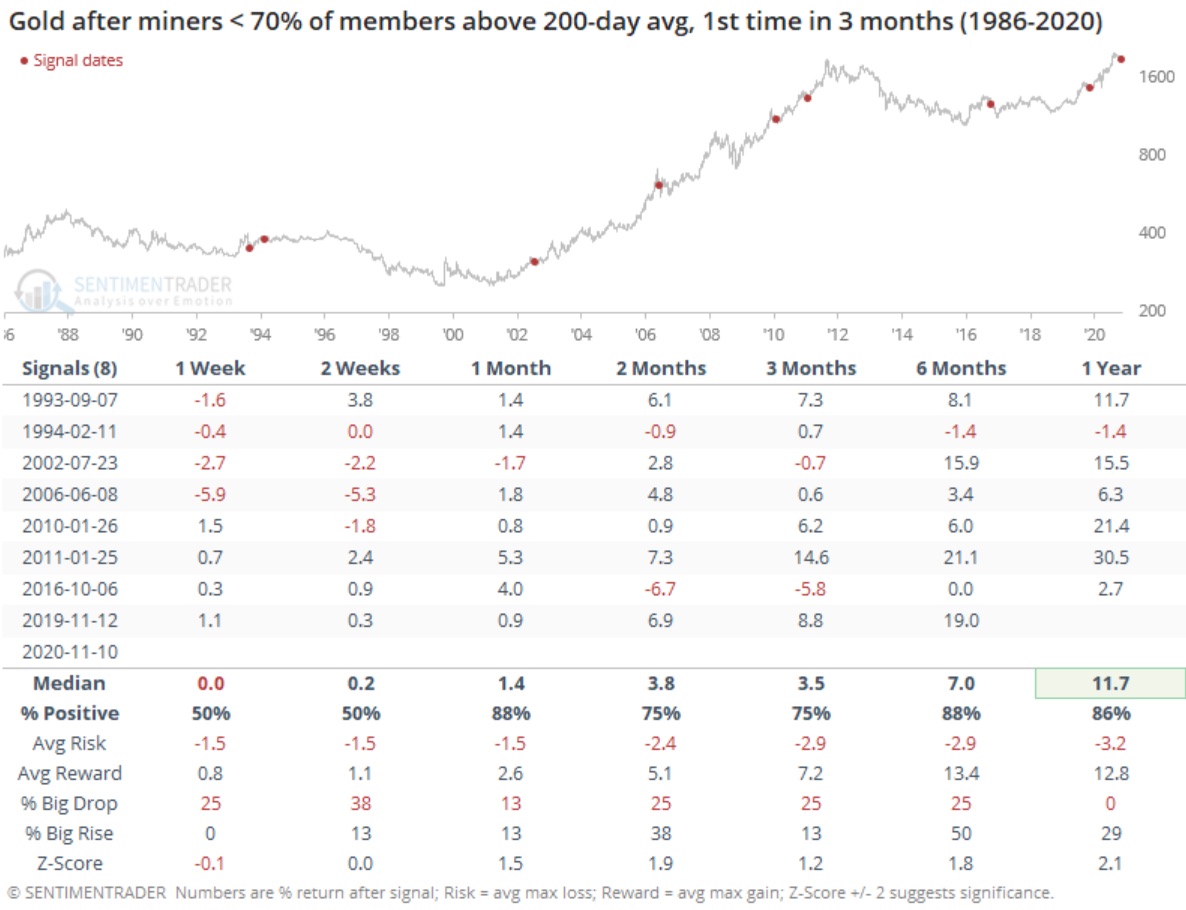 For what it’s worth, gold tended to hold up well after miners had enjoyed a multi-month streak of momentum.

The Bottom Line
King World News note:  The bottom line is that both gold and the mining stocks in general were up in a huge way 6-12 months after this type of signal occurred. That should calm investors that are concerned about the short-term gyrations in the gold, silver and mining share markets. Be patient and remember this you are positioned in a secular bull market and the wind should be at your back for years to come.