On the heels of the Dow trading lower along with crude oil, one major market is set to plunge.

This Market Is Set To Plunge
April 25 (King World News) – The following charts and commentary are from top Citi Analyst Tom Fitzpatrick:  Our bias was that we would see Crude peak around $64.50 before a sharp turn lower…

This week it moved higher than our level but almost entirely on the headlines about Iran waivers.

Since then we have been moving steadily lower back towards that $64.50 area and as a consequence weekly momentum is in danger of crossing lower from levels seen in both 2011 and prior to that 2008 before a very quick and sharp drop in the price (see red highlighted areas on chart below).

Crude: The final pop before the big drop? 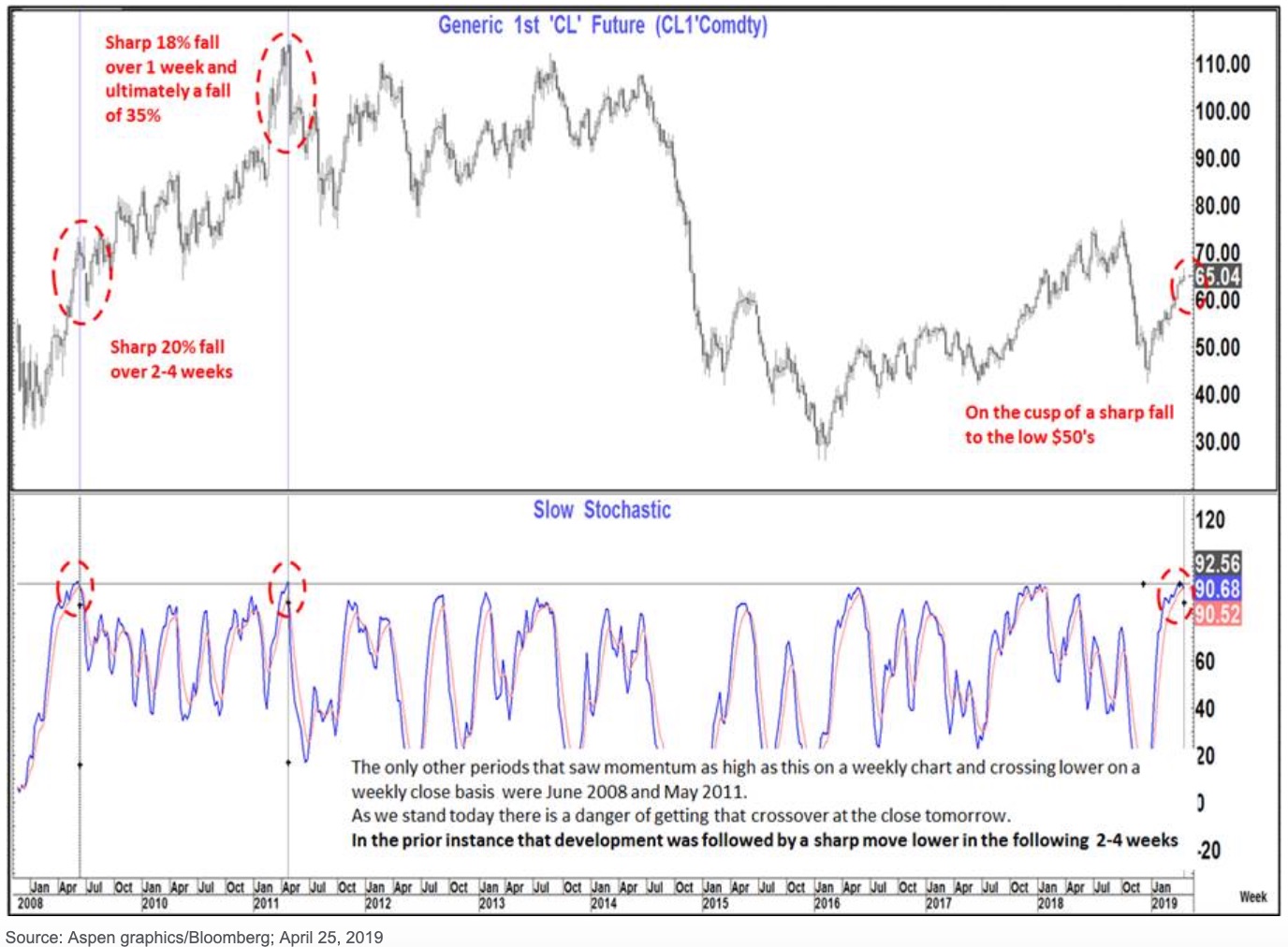 If this crossover is sustained to the close tomorrow we could finally be looking at a setup to see Oil turn lower aggressively and sharply in the next few weeks.

King World News note:  There is another major warning in the crude oil market and that is the massive commercial short positions KWN highlighted earlier in the week (see charts below). 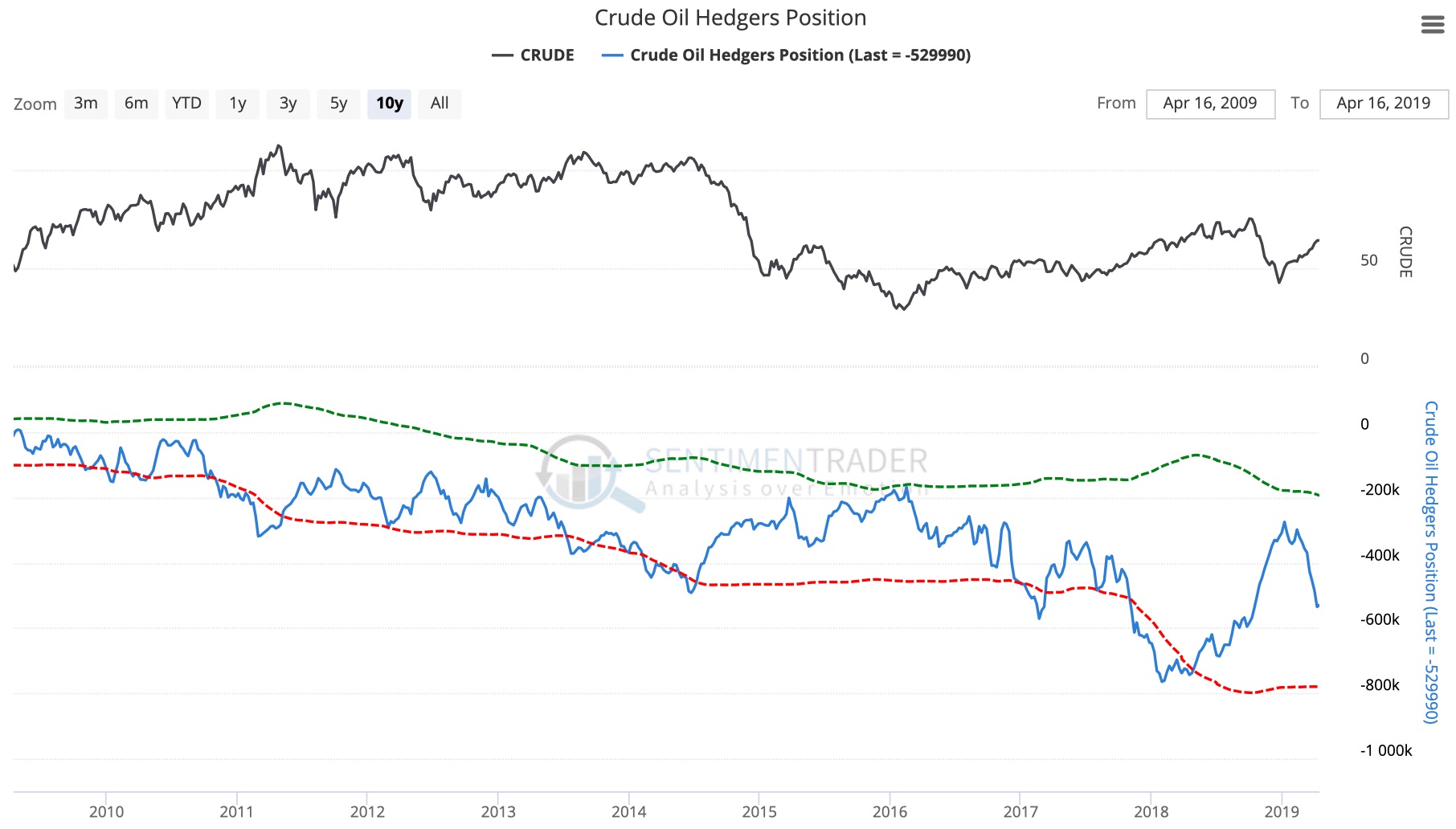 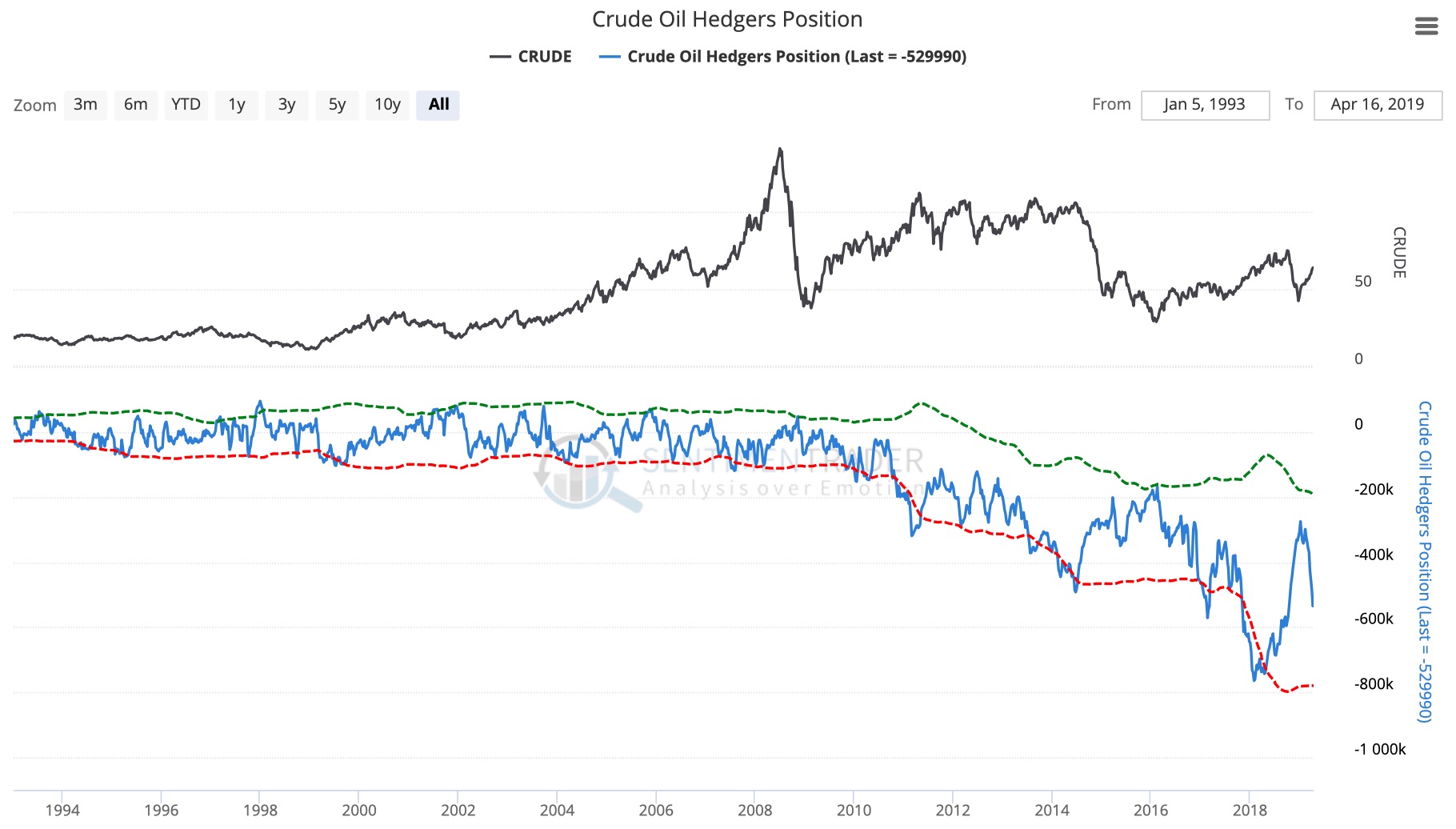 Things To Keep An Eye On