One of the highest readings in history
May 22 (King World News) – Jason Goepfert at SentimenTrader:  The dash towards growth & tech: Russell Growth/Value ratio’s 14 month RSI right now is among the *HIGHEST* readings ever. This only happened: 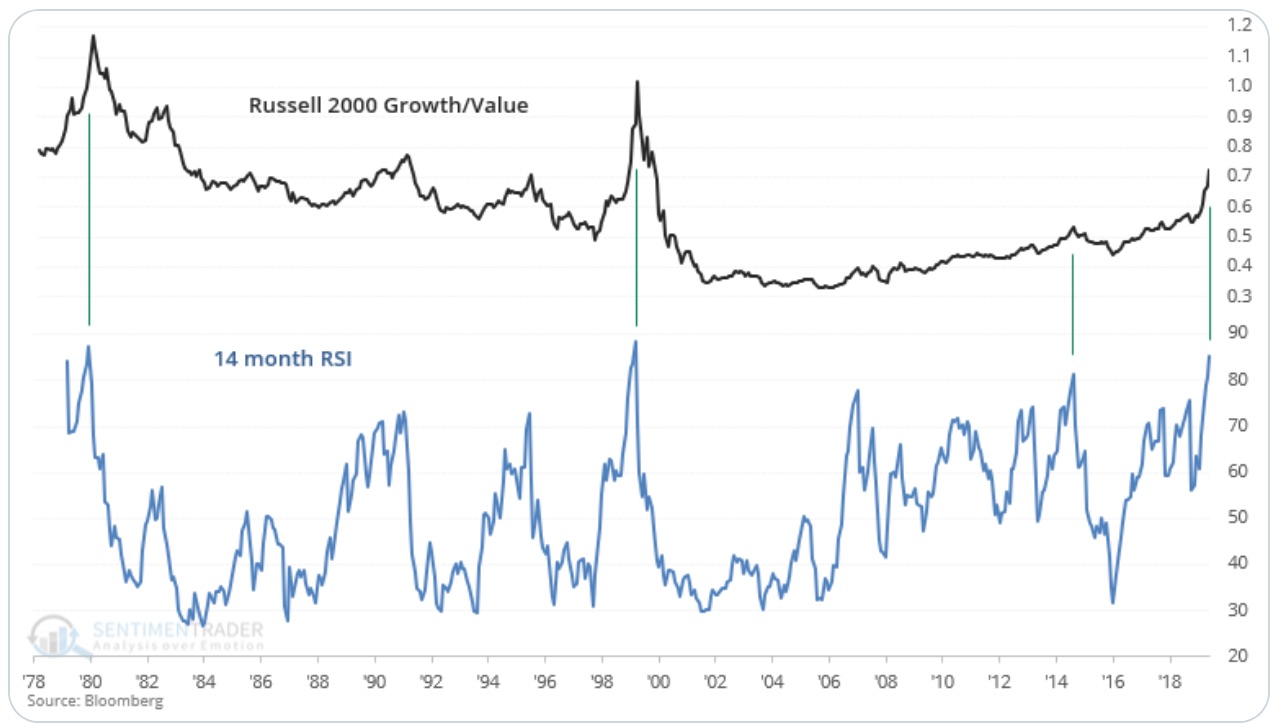 “The coup of the decade!”
Bryan Slucharsuck:  The Fosterville South Exploration (FSXLF:OTC, FSX:TSXV) news that just was just released is very big deal but won’t be understood by the market for a few days in my opinion.