This is why the price of gold is getting hit today, plus trouble in China and Italy.

Yuan Continues To Depreciate, Taking Gold With It
October 8 (King World News) – Here is a portion of what Peter Boockvar wrote today as the world awaits the next round of monetary madness:  About 1/3 of the 100 bps PBOC’s 1.2 trillion yuan reserve requirement cut is going to be used to pay off medium term lending facilities that are outstanding and coming due with the balance likely used to cushion the impact of the tariffs and slowing growth that was happening anyway.

The PBOC said it would “maintain reasonably ample liquidity to drive the reasonable growth of monetary credit and social financing scale.” We have to wonder too that this is China digging in and preparing for the 25% tariff rate as of year end from the current 10% on the last tranche from the US. Instead of easing concerns, Chinese stocks got hammered overnight after their one week holiday with the Shanghai comp down 3.7% and the yuan is down sharply with everyone now staring at the 7.0 level…

Boockvar continues:  China reported that its FX reserves in September shrunk by $22.7b, the 2nd most since the end of 2016 to $3.087 trillion below the estimate of $3.105 trillion. The State Administration of Foreign Exchange claims the drop was due to valuation adjustments of its FX reserves with the rally in the dollar rather than outright outflows but I’m sure the latter had something to do with this.

Bottom line, we’ve seen a lot of mixed economic messages in the September data out of China with an overall sense that growth slowed further at the end of Q3. Also, we can assume at this point that unless Trump and Xi make nice at the G20 meeting in November, a further ramp in trade tensions will take place. That said, this is an unsustainable situation and a deal of some sort (regardless of the details) must take place.

Trouble In Italy As Well
Italian budget worries just won’t go away and BTP yields are jumping again. The 10 yr yield is up by 15 bps to 3.57%, the highest since February 2014. The 2 yr is up by 19 bps to 1.54%. The problem with rising yields now is that longer term rates are now above the rate at which the Italian economy can grow in nominal terms. Thus, debt to GDP ratios start to spiral higher if this continues off an already high base of about 130%. The MIB stock index is lower by 2.3% and the euro is weaker as well. This is helping to weaken European bank stocks further with the Euro STOXX bank index breaking to the lowest level since November 2016.

The war of words between the Italian government and the EU is not helping the situation. Deputy PM Salving said:

“We are against the enemies of Europe, Juncker and Moscovici, shut away in the Brussels bunker. The politics of austerity of the last few years have increased Italian debt and impoverished Italy.”

If Italy doesn’t start generating faster growth and soon, this will be an untenable situation. 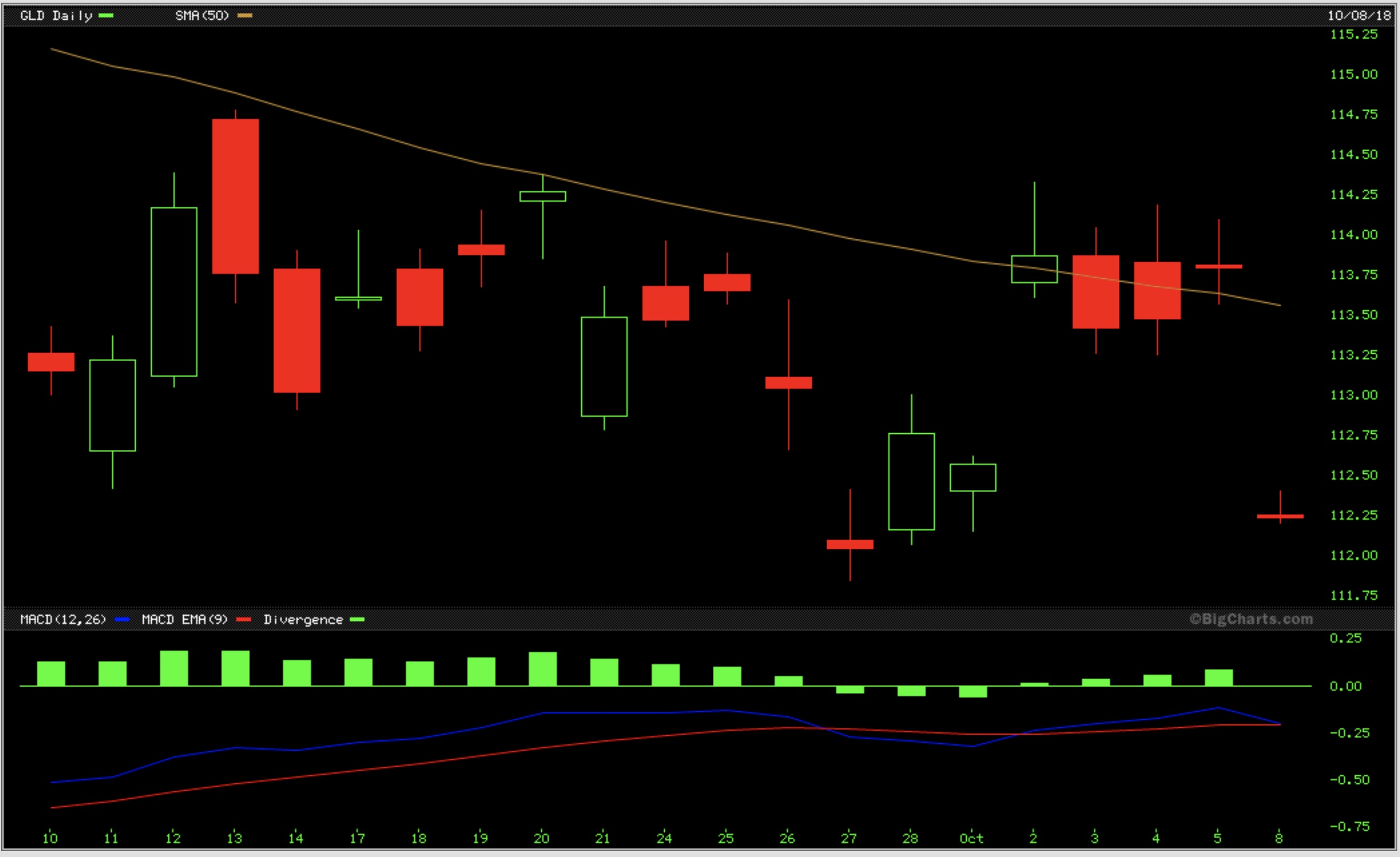 Bottom line, the Chinese continue to keep the price of gold carefully trading in a band with the yuan.  So goes the yuan, so goes the price of gold.  Meanwhile, the commercial hedgers have increased their net-long position in the gold market to the highest level in 17 years.

ALSO JUST RELEASED: Greyerz – A World On The Edge Of A Crisis CLICK HERE TO READ.