This is clearly one of the most terrifying charts of 2017…

The Public Is “All In” Again
June 30 (King World News) – From Jason Goepfert at SentimenTrader:  Rydex traders are all in again. The traders who use the Rydex family of mutual funds are holding $14 in bullish index funds for every $1 they have in the inverse funds, a near-record level of confidence. They’re also holding more than $10 in leveraged bullish funds for every $1 in leveraged index funds, a highly optimistic positioning that led to declines. They have the lowest amount in the money market since 2000, so there isn’t much of a cushion against a fall…

… as of Wednesday, there was nearly $14 invested in the bullish index funds for every $1 invested in the inverse funds. Over the past 20 years, that ratio has been exceeded only once before, on March 2, 2015 (see remarkable chart below). 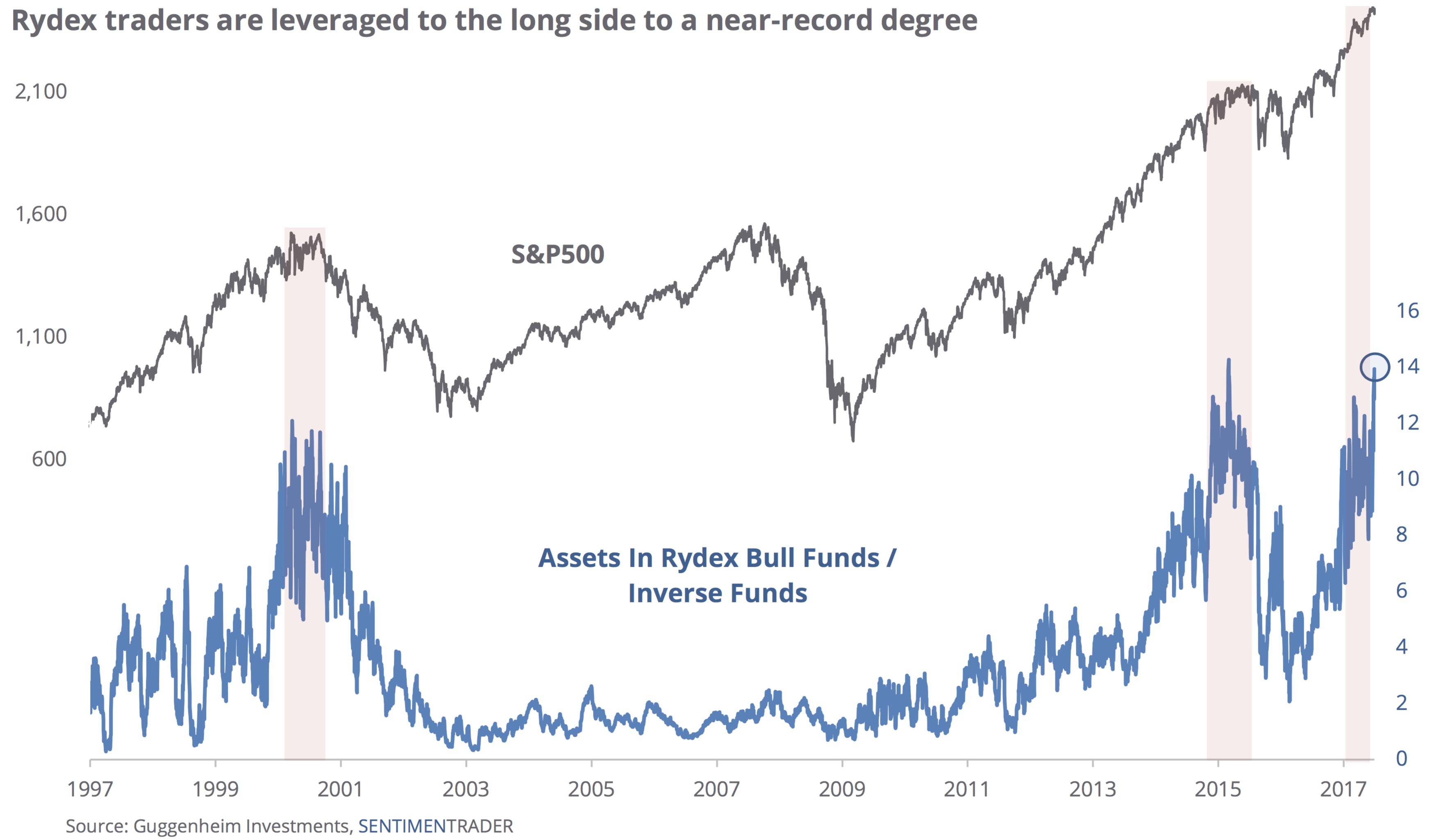 In the year 2000, the ratio barely exceeded 12 several times from March through September. Having been burned so badly by the ensuing decline, the traders never approached a similar extreme until 2014-15.

King World News note: The bottom line is that there will be a lot of pain for investors as a major decline in the stock market unfolds, and it will feed on itself as it plunges.

***ALSO JUST RELEASED: Is This Major Market About To Crash? CLICK HERE.