With many investors closely monitoring the action in key global markets as we move through the last month of the trading year, this is all it will take for gold and silver to achieve liftoff.

December 10 (King World News) – Here are key portions of a fantastic piece that was sent to KWN by Mark J. Lundeen:   As I expected last week, gold broke out of the tight range it’s been in since early October (circle in chart below) and it did so to the down side.  It ended the week resting on the rising-trend line I placed on the chart. 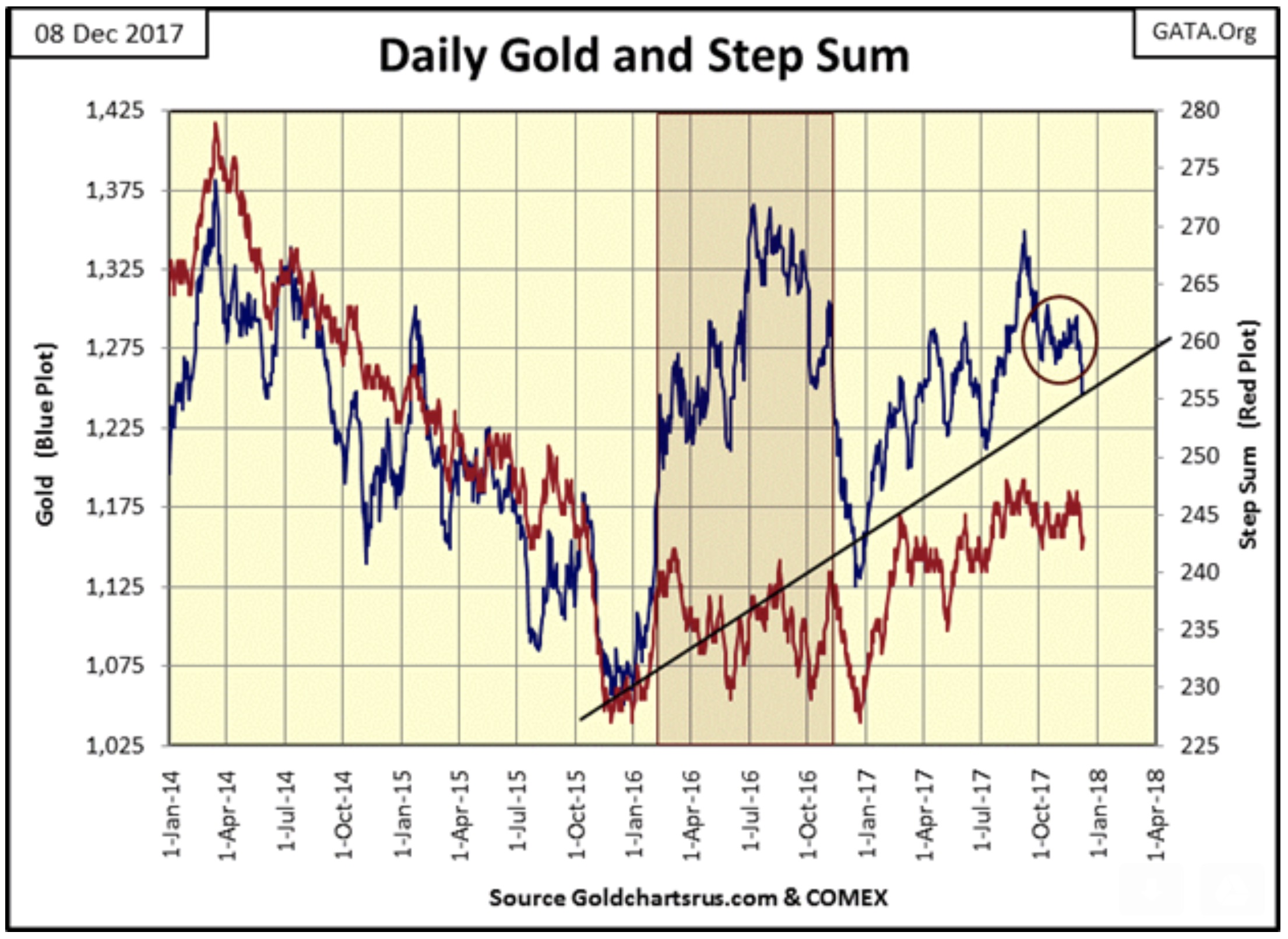 The best thing that could happen now would be seeing gold leap up off this rising trend line, and closing above $1300 by the end of next week.  It could happen, but I expect we’ll see further declines in the weeks to come.  I’m still a big bull on gold and silver, and as long as gold holds above its lows of last December ($1125), it’s doing fine…

If This The Best The Big Banks Can Do At COMEX…
And even if gold does break below its lows of 2016, or even the lows of December 2015, it’s only because the managers of the old monetary metals have flooded the COMEX futures markets with millions of ounces of gold that doesn’t exist – it’s a fraud…But I’m not that pessimistic.  I expect gold will hold above $1200 before it turns around and advances once again…If this is the best the big banks can do at the COMEX, promising to deliver gold that they don’t have, and doesn’t exist, I don’t expect the current decline in the price of gold to continue much longer in terms of time or price.

What Is Needed For Gold & Silver Liftoff
…What gold and silver need to take off in price are wild days in the stock and bond markets, with rising bond yields and declining stock & bond prices motivating capital to seek a safe harbor in precious metal assets.  When that happens, people will come to see how cheap the old monetary metals and their miners are at today’s prices.

ALERT: This Has Only Happened Twice In The Gold Market In 40 Years!