With gold surging while oil, the dollar and stocks are tumbling, today King World News is pleased to present an important update on the war in the gold market from Michael Oliver at MSA. Oliver allowed KWN exclusively to share this key report with our global audience.

The “Mini-Panic” In The Gold Market Should Be Over
By Michael Oliver, MSA (Momentum Structural Analysis)
March 21 (King World News) – MSA considered the selloffs from September to December 2016 and the most recent one as being both corrective and not contradictory to the annual momentum upturn signaled in February 2016.  Hopefully, some or many of those who were stopped out by each decline managed to regain their composure and rejoin the larger trend…

We still believe that a major uptrend is in progress, and annual momentum trends usually involve several years.

The recent pullback on monthly momentum and other such time-scales was to a zone of support, as noted in several recent reports.  The chart below is weekly momentum.  If readings touch +30 by trading up to $1254 this week, the obvious price highs at the last peak ($1264) will likely come out. 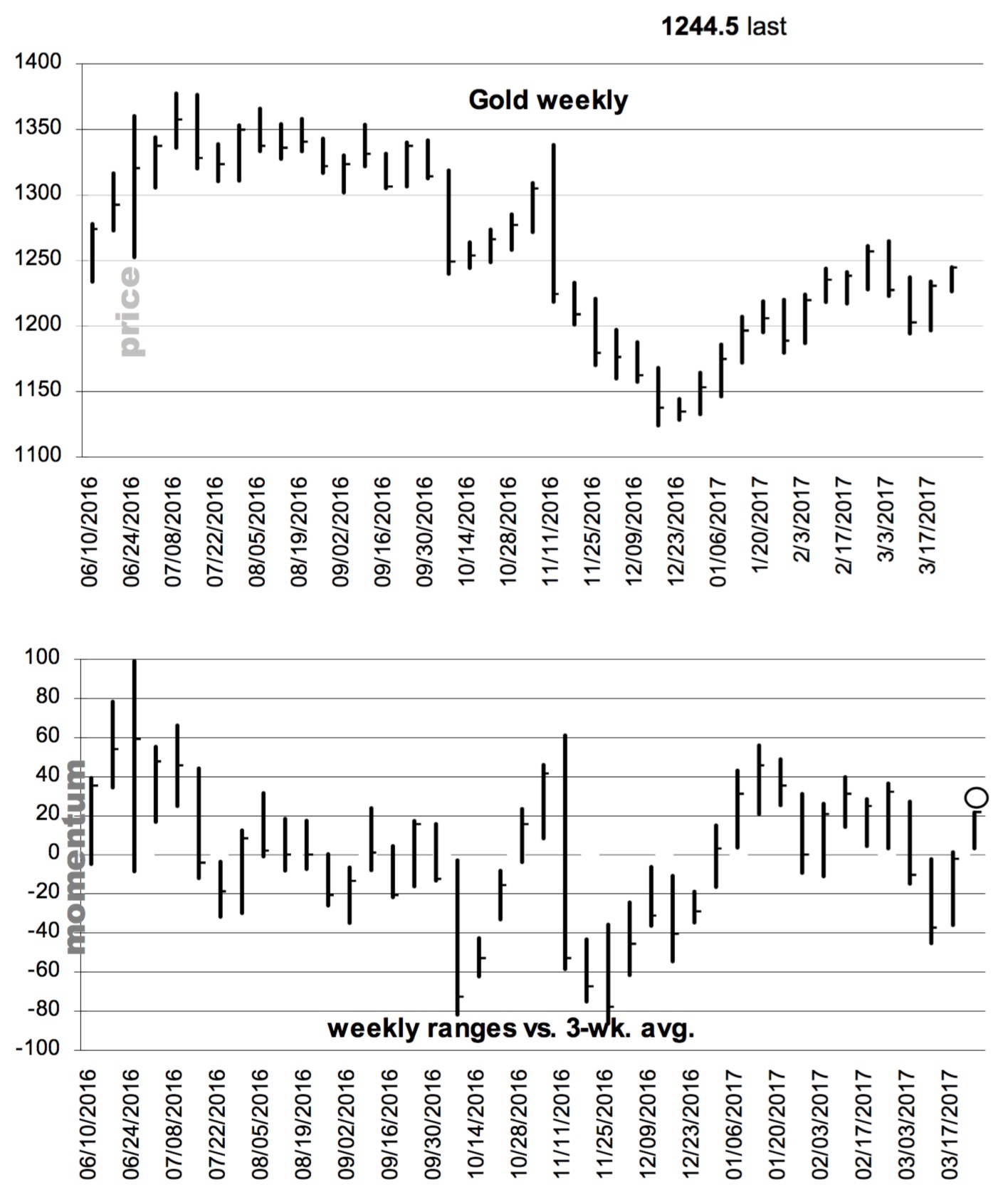 And if that happens, the price chart watchers will again see the writing on the wall—that this recent decline was, as before, only corrective.

ThIs Is About To SuperCharge Gold’s Upside Surge
Repeating from the weekend report: if Euro futures touch 1.0885 anytime, it’s likely that the Euro is going to gain upside determination and finally shove the Dollar Index to 99 or lower, a level it can’t afford to close a month at or below.  Hence will serve to supercharge gold’s annual momentum uptrend, already underway.

Is Gold At The Start Of A Parabolic Move?