This Is A Gold Bullish Environment Like The 1970s

This is a gold bullish environment like the 1970s.

Interestingly, Open Interest on Comex for Wednesday and Thursday jumped by 19,000 contracts to a provisional 521,502 yesterday, which tells us that it is not hedge funds being spooked out of the market: if that was the case, we would see falling OI. The next chart illustrates the position. 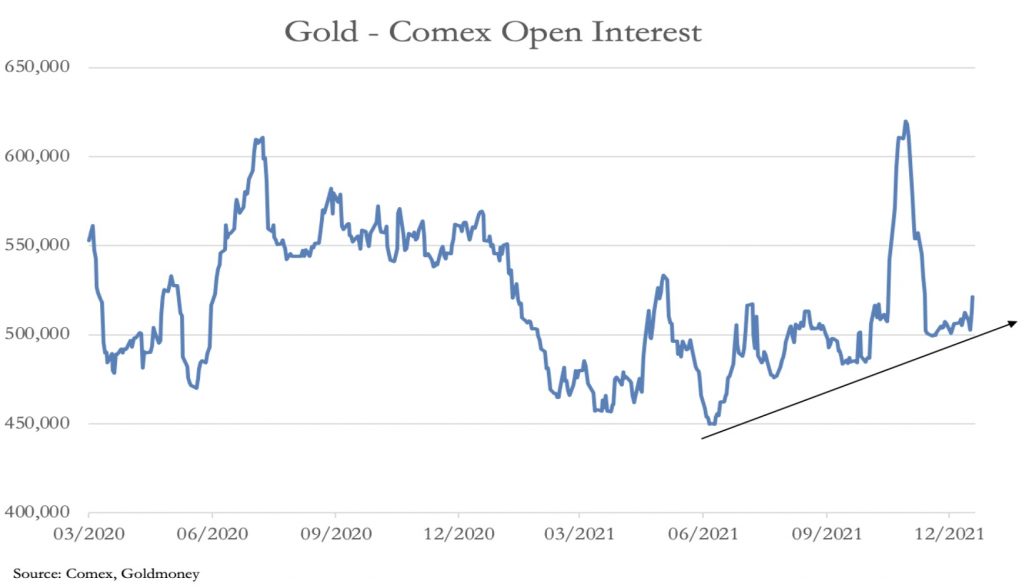 Since March 2020, when the Fed introduced zero interest rates, there have been two wild upward swings in OI. On both occasions, they were subsequently suppressed by concerted bear raids involving the bullion banks, which cannot afford to see the price run away on rising speculative interest. But it is noticeable that after their success last June, when the gold price was knocked back to $1750 from over $1900, they have struggled to keep open interest suppressed. This is indicated by the arrowed line on the chart.

In the run up to the New Year, Managed Money (hedge funds) increased their net longs by 20,000 contracts, and doubtless what we have seen this week is an attempt to stamp on this renewed bullishness. But as noted above, it has led to an increase in Open Interest, uncomfortable for the bullion banks, who would rather have an even book. This is next up. 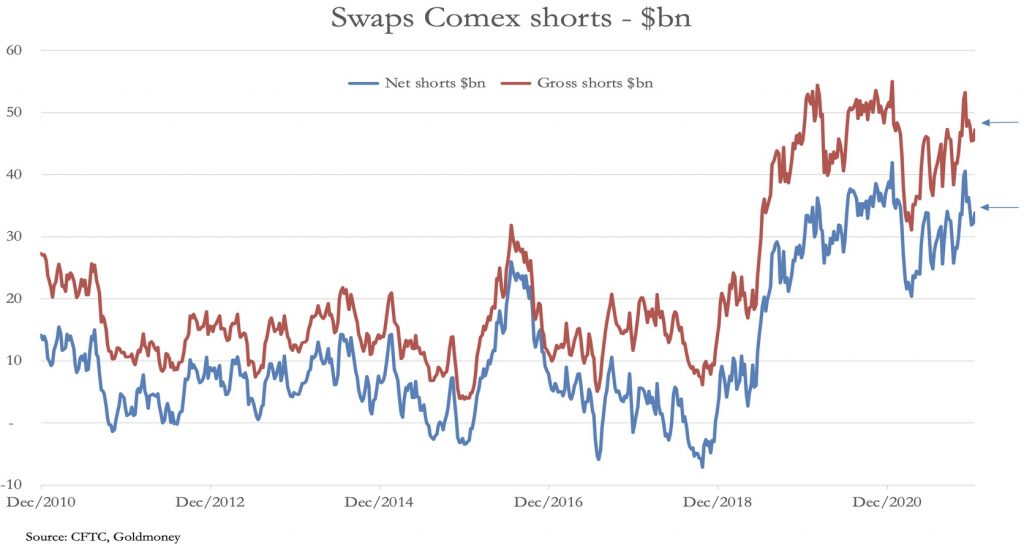 Despite their success in sitting on prices, the Swap category is still in deep trouble, with gross shorts valued at $47bn and net shorts at $34bn. As a rough rule of thumb, bullion banks constitute about 70% of the Swap category.

The background to this week’s performance has been growing concern over interest rates, with the last FOMC minutes giving the impression that the Fed might act as soon as March. This has strengthened the dollar against the euro and yen, with obvious consequences for hedge funds who simply look at USD/gold as a pairs trade…

A further bearish indicator has been the performance of government bonds, which has seen yields rising sharply at the short end, with the 13-week US T-bill increasing from 0.025% on 30 December to 0.085% yesterday. The effect on the 10-year benchmark will worry bond and equity investors if yields rise further. This chart is next. 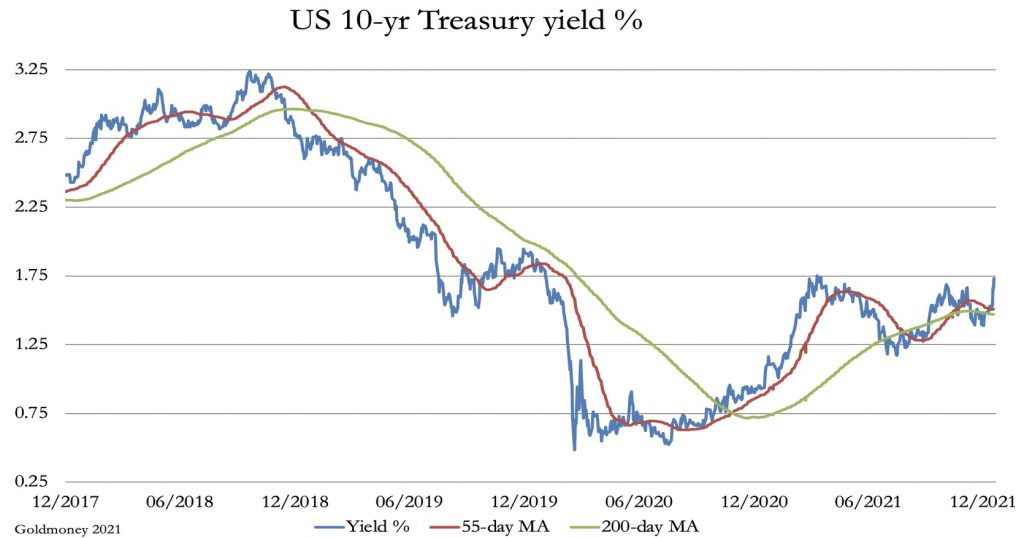 The indications are for significantly higher yields to come. When the 1.9% level is breached, there will be little to stop the yield rising to over 3% and beyond.

This is confirmation of the outlook for higher inflation with further rises in interest rates in prospect. Ultimately, this is good for gold, particularly given the reluctance of the Fed and other central banks to accept anything other than a small rise in interest rates. The experience of the 1970s showed that it is this environment that is bullish for gold.

For now, the prospect of higher rates could be used by the bears as an argument against holding gold because of the opportunity cost. But a wall of worry is what bull markets are all about. 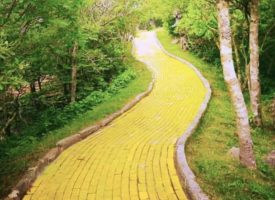