On the heels of the plunge in copper prices there is a lot of fear about what this will mean for major markets. Here is what to expect.

Copper Bowled Over
May 28 (King World News) – The following is from Jason Goepfert at SentimenTrader:  Copper prices have dropped nearly 10% from their peak, which is unnerving those investors who trust it as a leading indicator for global demand. As a predictor for future stock returns, declines like this have been mixed, with usually positive returns. Same for copper itself. It was a mild negative for the U.S. dollar…

IMPORTANT:
This is one of the greatest gold opportunities in U.S. history and you can take a look at this remarkable company and listen to the just-released fantastic interview with the man who runs it by CLICKING HERE OR BELOW

The past month has been a difficult one for many markets, including some that are often considered leading indicators. Most of the time, they’re not, but it still can serve to unnerve investors.

Among the strugglers are industrial metals, including copper. We’ve looked at this metal as a leading indicator for other markets many times in the past, with unconvincing results, but it lives on. And the fact that copper is off nearly 10% from the 6-month high it set in April has caused some concern. It has certainly bled more than it has in past few weeks, but it’s still a relatively deep drawdown.

Copper Futures Have Continued To Tumble 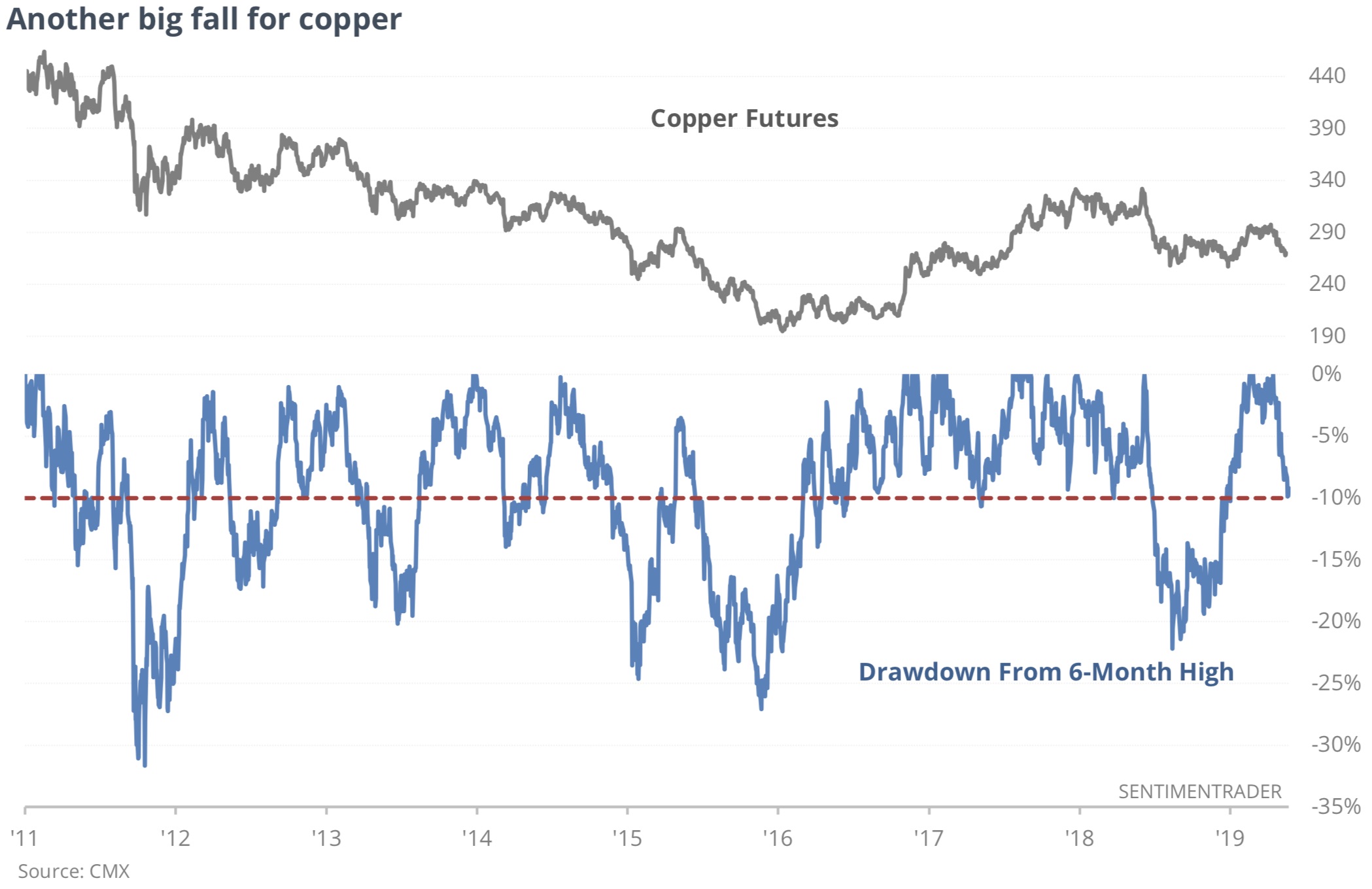 On the next page (below), we can see what kind of impact an initial 10% pullback from at least a 6-month high had on stocks. It wasn’t much. 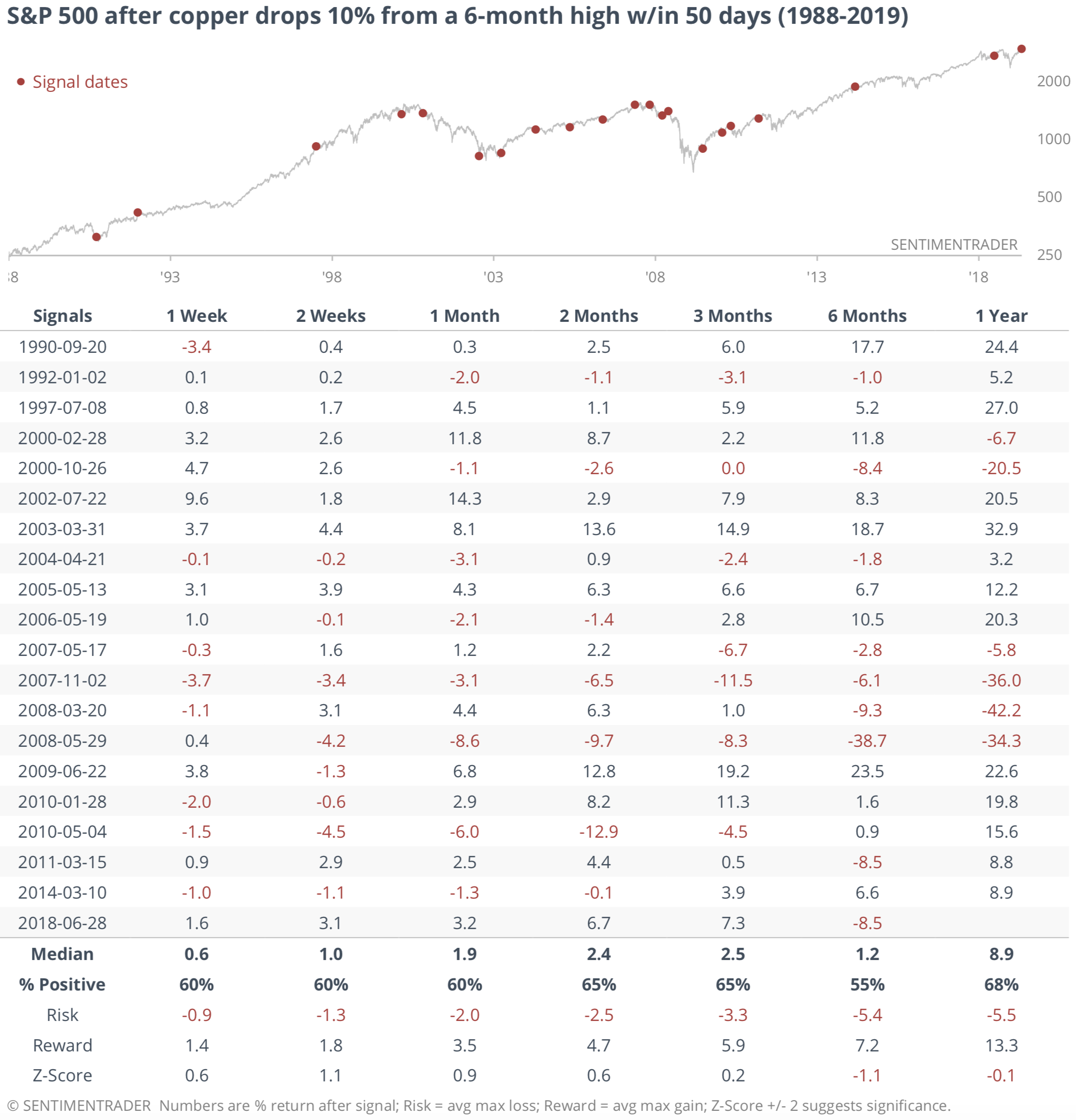 At its worst point over the next three months, the S&P 500 lost more than 10% three times, while gaining more than 10% at its best point five times. There were a couple of long-term trouble signs in 2000 and 2008, but overall there were far more false warnings.

For copper itself, it wasn’t a good sell signal, either, with a positive return across all time frames. The dollar did struggle a bit over the next 1-3 months, so as a sign of slowing growth, that may be where to focus instead of stocks (see chart below).

Copper & US Dollar Moves After 10% Drop In Copper

This is another example of why Jason Goepfert is the best in the world at what he does — providing actionable market data. To subscribe or try a free two week trial to the internationally acclaimed work that Jason Goepfert produces at SentimenTrader CLICK HERE.

***Also just released: A Tale Of Two Worlds – A Stunning Look At What Is Happening With Consumers CLICK HERE TO READ.