With many people around the world focused on the crisis in emerging markets, the war in the US dollar and crude oil markets is set to impact gold and silver.

Dollar Troubles Dead Ahead?
June 20 (King World News) – Today top Citi analyst Tom Fitzpatrick warned that the US dollar has most likely peaked and the bottom will soon fall out of the dollar if it follows a previous pattern:  The general move on the DXY Index is very similar to the price action seen in the last bear market after the July 2001 high (see chart below).

US Dollar Collapse Ahead If It Follows 2001 Pattern 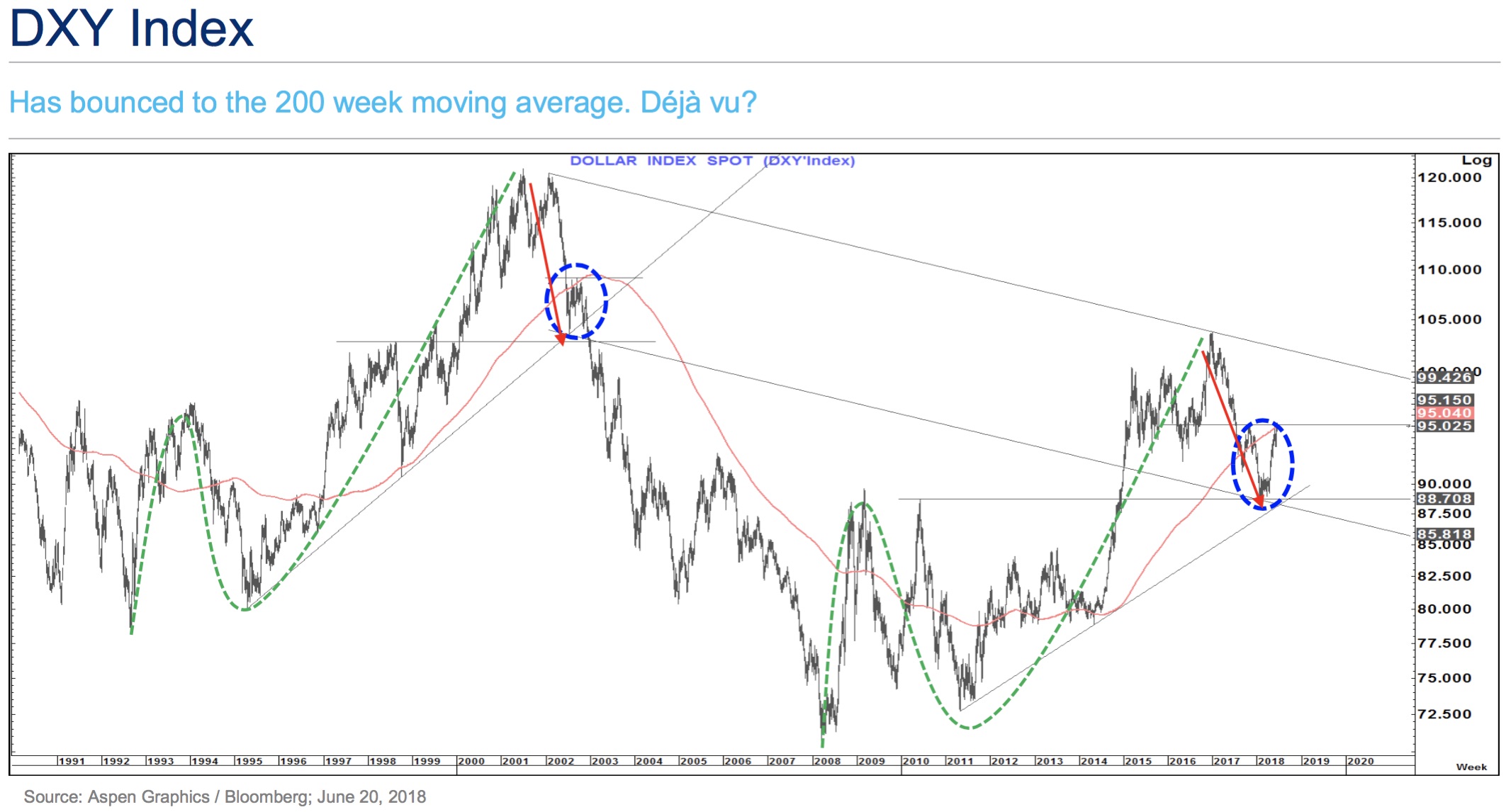 Fitzpatrick also warned about crude oil:  A continuation of this pattern would suggest a WTI (crude oil) level in the low $50 range by late Q3/early Q4 of this year (see chart below). 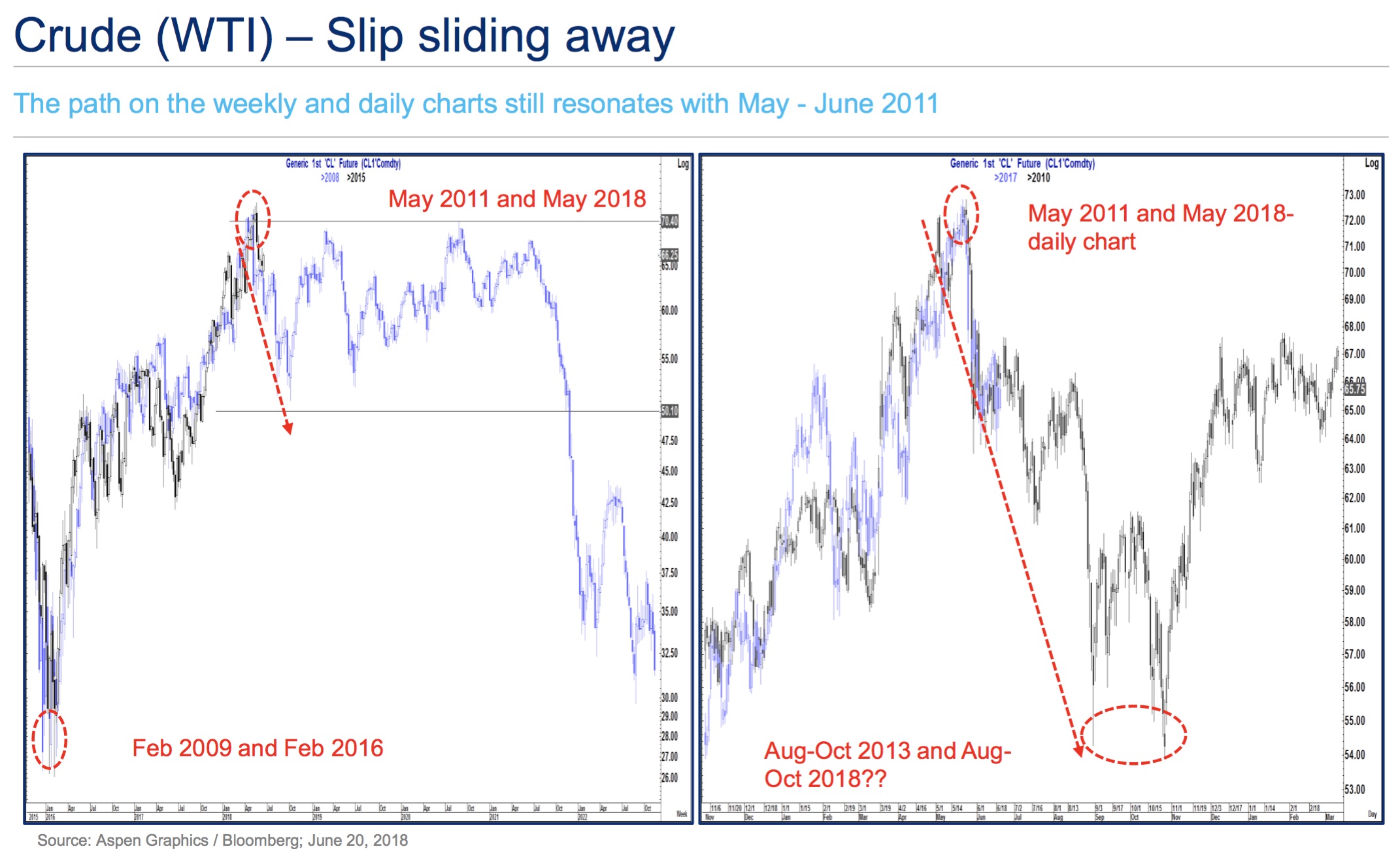 King World News note:  What is happening in the crude oil market is quite fascinating…

King World News note:  It is interesting to note that although commercial hedgers have recently covered some of their all-time record level of short positions in the crude oil market, they still remain extremely short and therefore very bearish on the price of oil (see chart below). 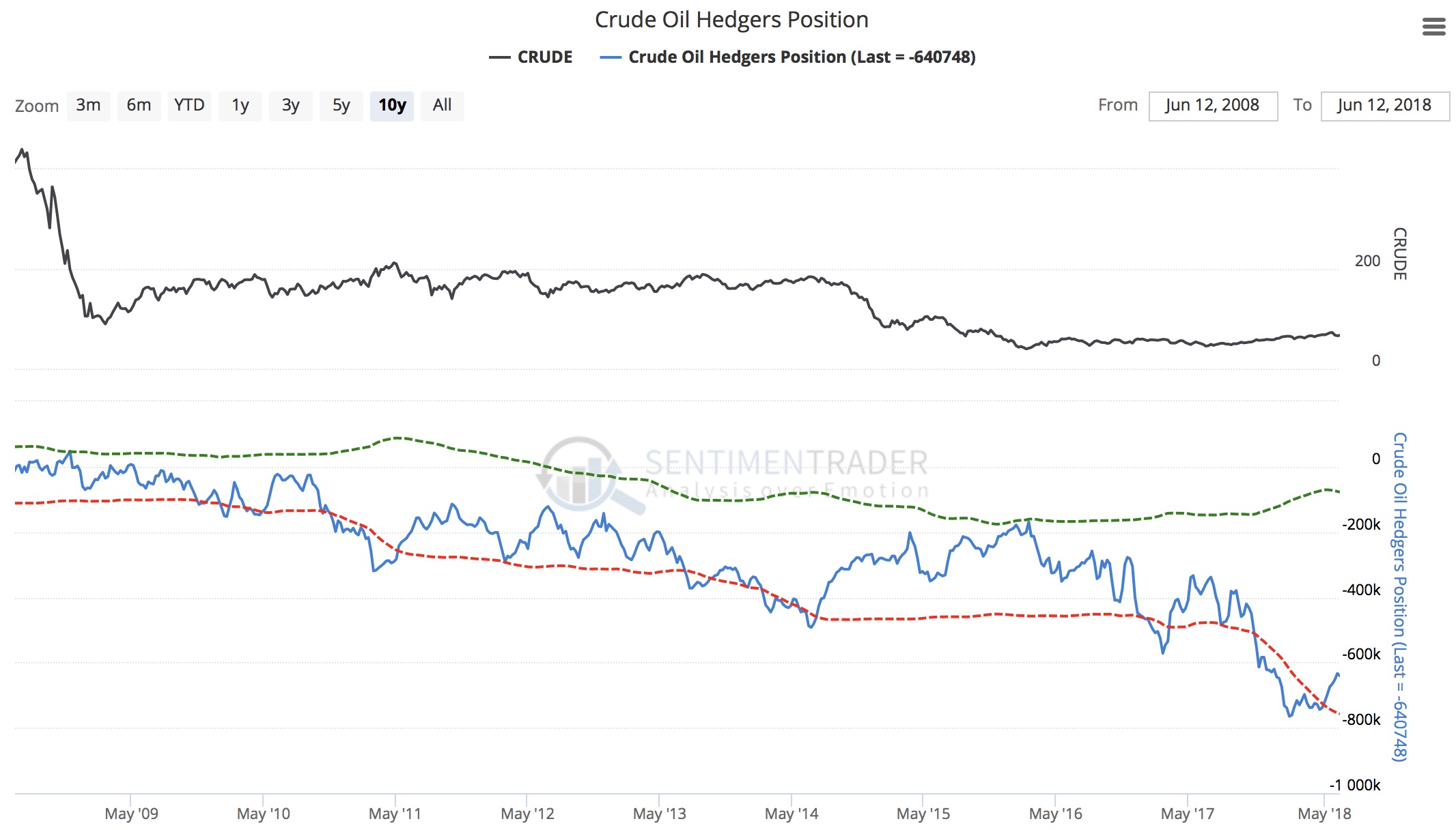 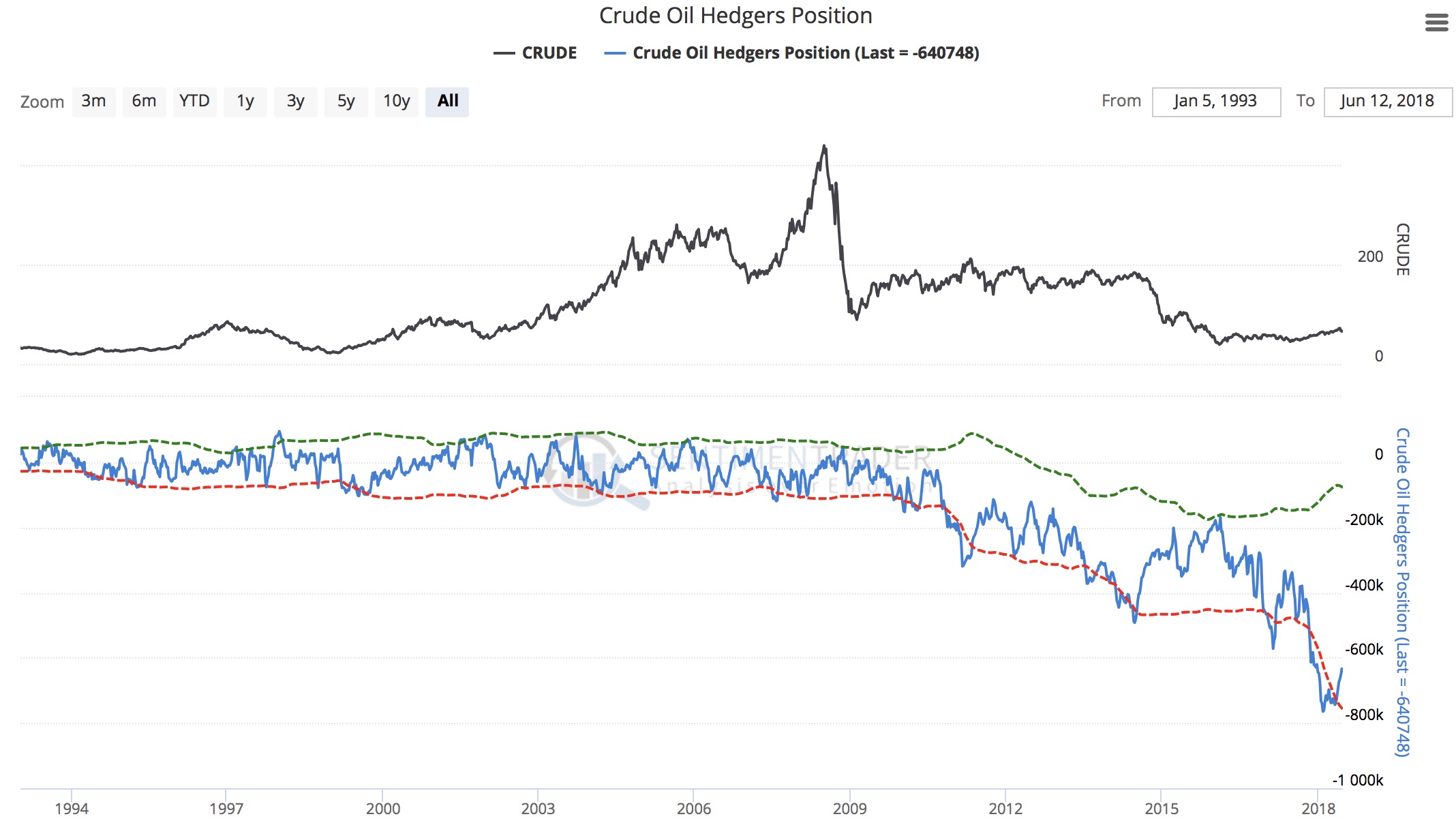 King World News note:  Regarding Fitzpatrick’s view that the US dollar may be set up to plummet, this would of course be wildly bullish for gold and silver.  Also, what people are note taking into account is how incredibly well gold and silver have traded in the face of a strong dollar.  Meaning, the last time the US dollar was this strong, the prices of gold and silver were considerably lower.  If the dollar does head significantly lower, that would set the stage for a massive rally in the metals as well as the shares of the underlying companies that mine them. ***Mining legend Ross Beaty (Chairman of Pan American Silver) is investing in a company very few people know about that had a staggering 20 grams per tonne of gold going through the plant in the last quarter. The highest peak during a 12 hour period was a jaw-dropping 100 grams per tonne of gold! No wonder Ross Beaty is buying shares in this amazing company. To see which stock he is buying CLICK HERE

To listen to the timely KWN audio interview with James Turk that discusses the smash in the gold and silver markets CLICK HERE OR ON THE IMAGE BELOW.