On the heels of the Fed telegraphing an accommodative monetary policy for years, there is a big difference between today vs July, and what about gold?

Difference Between Today vs July
September 16 (King World News) – Peter Boockvar:  The main difference between today’s FOMC statement and the last one in July was the elaboration on inflation averaging and what that means for policy. I’ve said many times that average inflation targeting is not new and this symmetry has been mentioned in every statement this year. However today there was more color following the Powell comments virtually at the JH conference.

In July, “the Committee will assess realized and expected economic conditions relative to its maximum employment objective and its symmetric 2% inflation objective.”

“With inflation running persistently below this longer run goal, the Committee will aim to achieve inflation moderately above 2% for some time that inflation averages 2% over time…The Committee expects to maintain an accommodative stance of monetary policy until these outcomes are achieved.”…

Interestingly, there were two different dissents, each for a different reason. Dallas Fed President Kaplan seemed to want the Committee to take a more flexible approach to policy rather than locking in this 2% inflation averaging before shifting policy. He is, rightly I believe, more focused on when the “economy has weathered recent events and is on track to achieve its maximum employment and price stability goals” rather than a strict inflation figure, averaged out, being hit. I’ve said the vaccine should be driving policy as it’s the virus that brought us to this spot.

Minnesota Fed President Kashkari who has NEVER once voted for a rate hike, and is thus easily the most dovish of them all, said he doesn’t want to raise rates at all until “core inflation has reached 2% on a sustained basis.” He is essentially endorsing that the Fed put themselves dramatically behind any inflation curve if it were to occur.

Bottom line, as stated this morning, current monetary policy is no different than what Bernanke and Yellen conducted and the BoJ, ECB and BoE have also unleashed. The Fed though thinks they will have a different result on the economy but higher asset prices are the only notable outcome. This said, what is different now is that we are seeing a combination of aggressive monetary policy and fiscal policy that when COMBINED, with the Fed financing this spending, might give the Fed the inflation they want but bond markets and consumers would most fear.

The 10 yr yield is little changed in response while the 30 yr yield is slightly higher. The dollar is about where it was just prior to the statement release.

What About Gold?
King World News note:  As far as the gold market is concerned, any decent upside thrust will result in the MACD going into a “buy” signal (BLUE line crossing above the RED line in the chart below). This would surely send the price of gold back over $2,000, so the bears are fighting to keep the price from advancing. We should see a resolution to the bull/bear battle on Thursday or Friday. The gold market has been dull as of late so it is possible that the bears may be caught off guard by an upside surge. On the downside, watch support (near the 9 year breakout to new all time highs) at roughly $1,900-$1,920 as gold continues to consolidate massive 2020 gains. 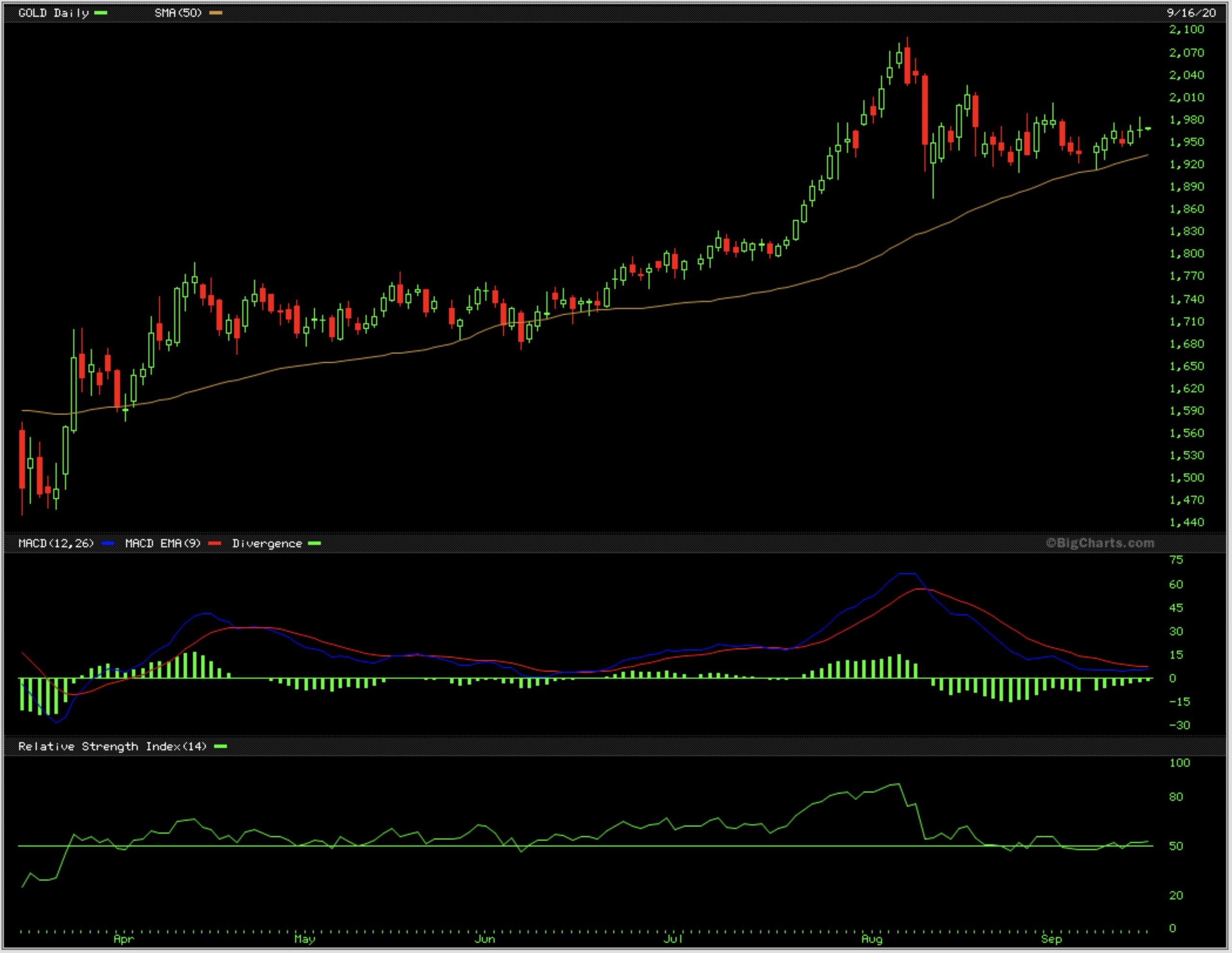 Be Sure To Own Physical Gold & Silver
James Turk:  Actions have consequences. So regardless what the FOMC announces tomorrow, one consequence of its unprecedented dollar money printing will be more $ debasement from higher inflation. Own physical gold and silver to protect the purchasing power of your hard earned savings. 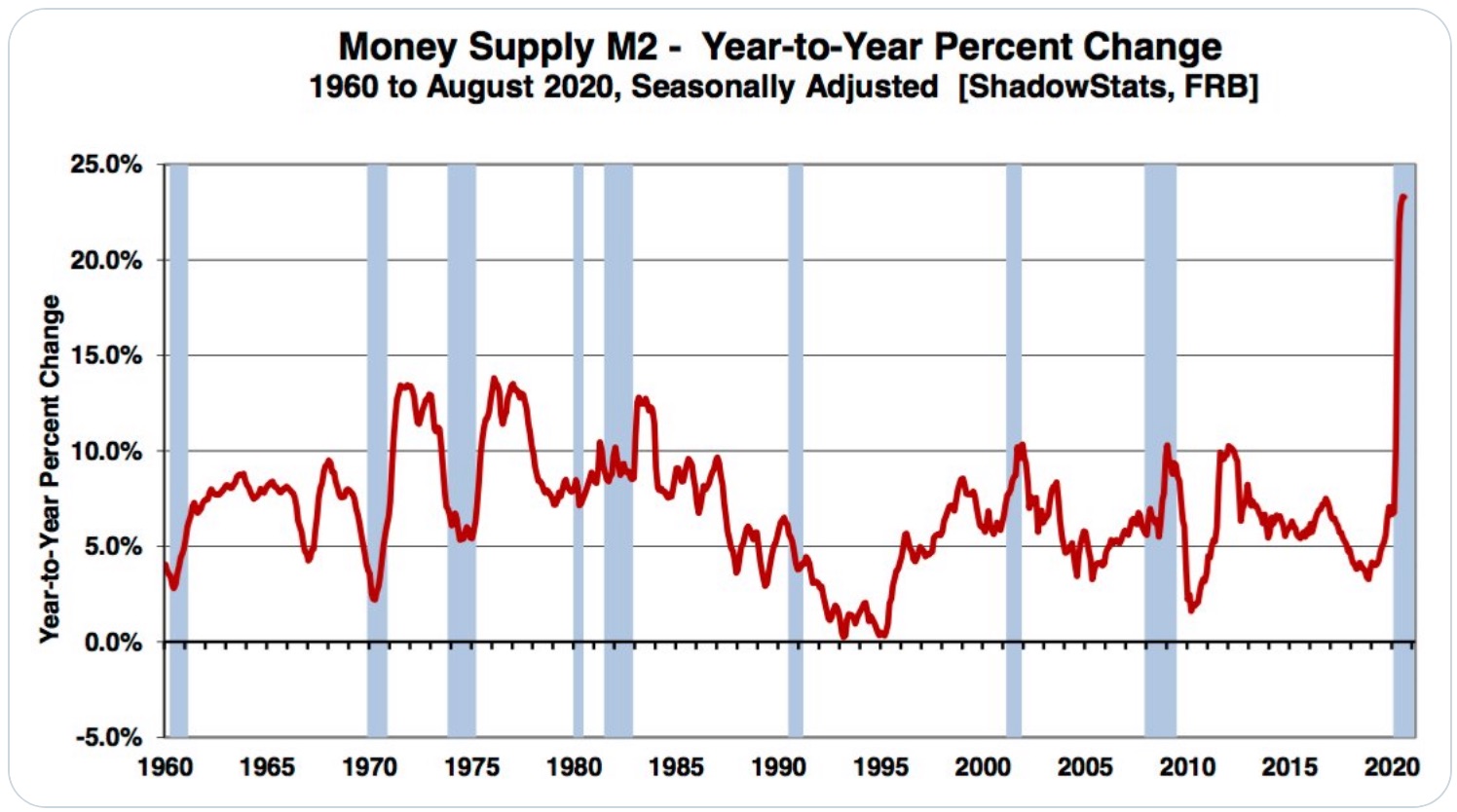