With continued uncertainty in global markets after the Fed’s decision to keep interest rates unchanged, today a 50-year market veteran spoke with King World News about how the vampire squid rules the world, wether to expect a global recession or total collapse, and what investors should be focused on right now.

September 21 (King World News) – John Embry:  “There are no surprises at the outset of this week with gold and silver being quieted down after reacting somewhat positively after the Fed’s capitulation on Thursday.  The reality is that gold and silver should be screaming higher in the wake of the Fed essentially admitting it can’t raise rates…

“However, the central planners are bound and determined to hold this farce together as long as possible, despite the fact that each day of rigged markets and failing global economies ensures an even more catastrophic ending.

Also, not surprisingly the U.S. stock market caught a bid this morning and opened on a positive note for no apparent reason other than the PPT couldn’t let it fall any further.  16,000 on the Dow would appear to be a line in the sand that must be defended, because a decisive break to the downside of that level could trigger a waterfall given the technical weakness and fundamental overvaluation of the stock markets.

Now in the absence of an all-out embrace of unlimited QE by the world’s leading governments and central banks, and I certainly wouldn’t rule that out, the stock, bond, and real estate markets are fated to experience dramatic declines following ever-growing bubbles in each sector.

The QE we have seen up to this point has buoyed financial markets but has barely kept the economies afloat.  Meanwhile, the debt in the system, the imbalances, and the malinvestment, have just intensified in the real world.  This will ensure a global recession or a total collapse if things get really out of hand. 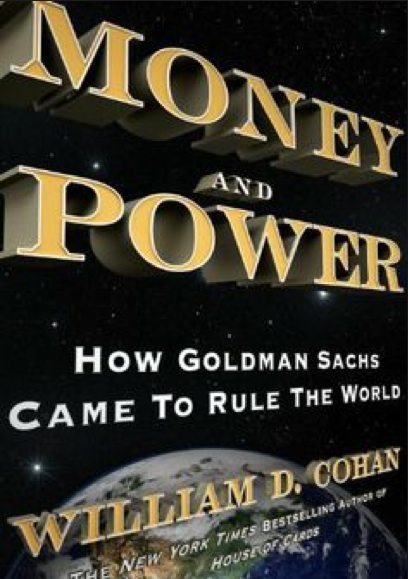 I always laugh when I see a comment that some new incoming politician or political party is going to initiate economic change, which will transform their country’s economy for the better.  There was a really amusing piece in the Financial Times on the op-ed page on Saturday, profiling Australia’s new Prime Minister, Malcolm Turnbull, who incidentally was the Managing Director of Goldman Sachs Australia from 1997 – 2001.  These Goldman alumni certainly seem to be ubiquitous in governments and central banks around the world at this point.

However, the suggestion in the article was that this was the man to turn around Australia’s economy as the country slides into recession following 24 consecutive years of economic growth.  What a joke!  Australia dined on the so-called China’s economic miracle for over two decades, supplying increasingly greater quantities of raw materials to China.  Now that China is sharply retrenching, Australia and all commodity-producing countries are in serious difficulty.

Look at South America, which is going from bad to worse.  The situation in Brazil is catastrophic, as are many other emerging countries that are suffering in this environment.  Nothing they can do domestically can arrest their economic declines.  If China, the U.S., and Europe continue to struggle, as I fully expect, the problems in the third world and commodity-producing countries are only going to intensify.

What Should Investors Do With Their Money In This Environment?

Thus, my only advice as we enter what promises to be a difficult fall is be very wary of all financial assets and focus on real things — the cheapest of which are gold, silver and their respective equities.” One of Michael Pento’s best audio interviews ever has now been released, where Pento shows why he is one of the greatest economists in the world by giving one of his most important interview ever discussing the coming financial carnage, what to expect from key markets next week, including gold, silver, stocks and bonds, what people can do to protect themselves and much more and you can listen to it by CLICKING HERE OR ON THE IMAGE BELOW.