With the stock markets and U.S. dollar surging, today one of the greats in the business sent King World News a piece that warns the red flag has now been raised!

"If conditions develop as my colleagues and I expect, then the FOMC's objectives of maximum employment and price stability would best be achieved by proceeding cautiously, which I expect would mean that it will be several years before the federal funds rate would be back to its normal, longer-run level." — Janet Yellen, 5/22/15

May 27 (King World News) By Andrew Adams (Raymond James) – Well, after an extremely quiet five straight sessions that saw the S&P 500 close within a tight, five-point range, it would appear Mr. Market has returned from his little vacation needing to raise some cash.

Perhaps he had a little too much fun wherever it is he went last week and now his very well-diversified portfolio must be partially sacrificed in order to pay for his adventures, but whatever the reason for his "everything must go" sale, it was not a good day to be holding stocks as the S&P 500 fell more than it had during any session since May 5th.

To make matters worse, the reversal took us back down into the ascending triangle pattern from which the Bulls had tried so hard to escape, meaning the long-awaited breakout we experienced around the middle of the month was likely just another frustrating headfake in what has already been a topsy-turvy year.

Like an angst-filled teen, the stock market seems intent on breaking the rules and doing whatever it is it wants to do. And no matter how many concerned parties come along to offer opinions on what the correct path should be, this little rebellious streak means that just when you think you have the market all figured out, a reversal is likely overdue in order to shake things back up. 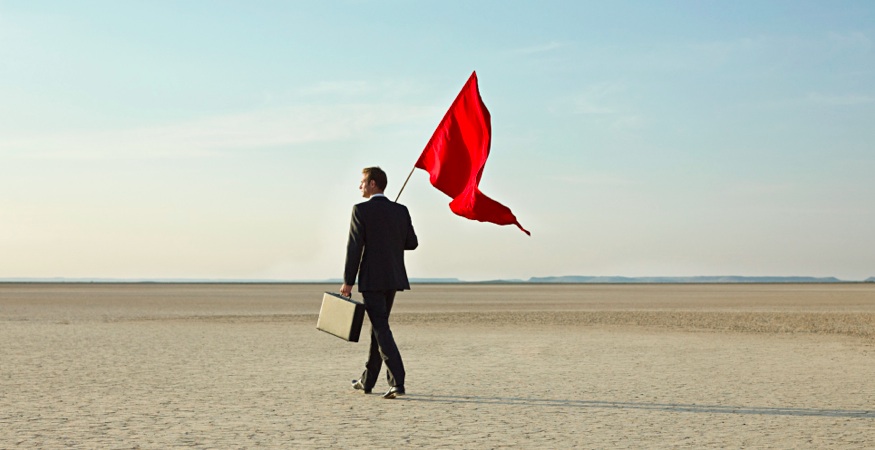 The Red Flag Has Now Been Raised

As Jeff Saut so timely included in his strategy comments yesterday, "no one ever said it was going to be easy," but sometimes the market is so incredibly difficult that trying to outthink it is just plain futile. Accordingly, the red flag has been raised for now and any traders who bought the recent breakout should heed caution.

The long-term uptrend does remain intact, so we are far from panic-mode at this juncture, but a false breakout is never a positive sign and a drop below the 50-day exponential moving average around 2099 would likely mean the 100-day is the market's next target (2079).

U.S. Dollar And Crude Oil On The Move

But stocks weren't the only point of interest yesterday. The US Dollar Index and Crude Oil both saw their fair share of excitement, too, as renewed strength in the former was accompanied by a sell-off in the latter. The greenback made short work of the 97 resistance level, and now looks poised to take another shot at the index's former highs around 100.

As a result, the market is once again voicing its fears about the strong dollar hurting corporate earnings, and, at the same time, I am hearing increased chatter regarding the Fed raising rates later this year now that the recent string of data has allayed concerns that the economy is stalling.

So, basically, we are still right where we have been for much of this year from a sentiment standpoint, and, consequently, the stock market just cannot make any sustainable progress. I will note, however, that the market hasn't really gone down either (yet), so until it does, we'll just have to try to keep up with Mr. Market now that he's back from his holiday. ***ALSO JUST RELEASED: The War Against Deflation, Gold, Silver And One Of The Most Tragic Images You Will Ever See CLICK HERE.

LIKE A THIEF IN THE NIGHT: This Just Sucked A Staggering $30 Billion Out Of Consumers’ Pockets