Today King World News is pleased to share a fantastic piece which reveals absolutely shocking developments in the silver market as well as the currency markets.  This piece also includes 4 remarkable illustrations that all KWN readers around the world must see.

January 14 (King World News) – "There Is a huge divergence between good and bad market timers in the U.S. dollar, the extent of which has been seen only one other time in the past decade, which was within a month of the dollar entering a topping phase.

The latest Optimism Index reading for the US dollar showed a continued level of record optimism for future gains (see chart below). 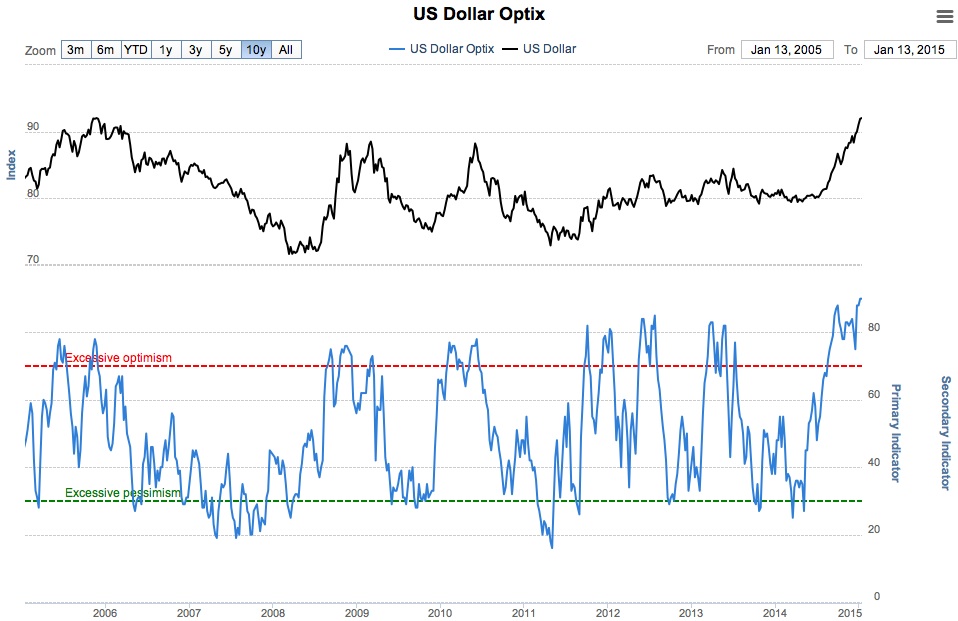 The dollar is at one of those potential inflection points between being excessive relative to historical ranges, or entering a new phase in a long-term trend which will re- define recent extremes.

As noted on Friday, "smart money" hedgers, who use futures contracts on the dollar to hedge their day-to-day business risk, have established a new all-time record short position against the currency (see chart below). 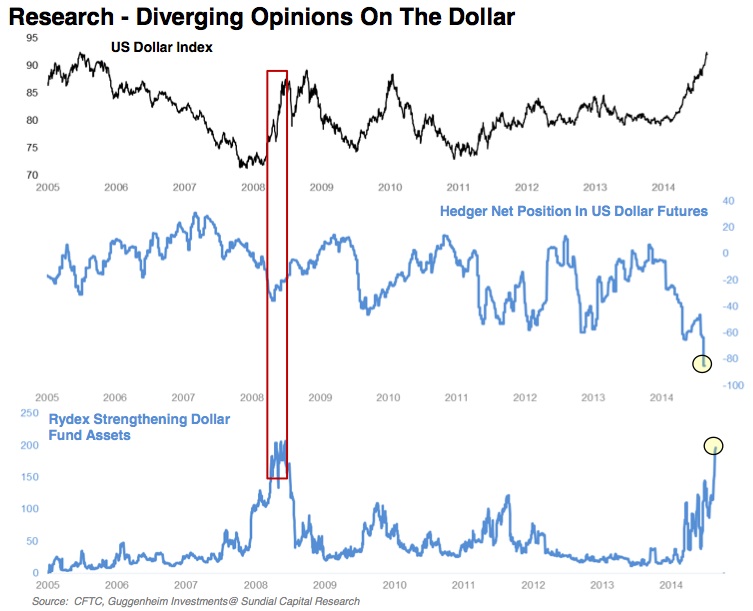 At the same time, traders who aren't known for auspicious timing when they stampede in or out of assets, are nearing a record long. The Rydex Strengthening Dollar fund is nearing $200 million in assets, up nearly 10-fold since July (see chart above).

This has set up a smart-money-versus-dumb-money divergence that has been seen only one other time in the past decade. In October 2008, hedgers were just coming off of a record short position against the dollar, while Rydex mutual fund traders were pushing assets in the fund to the $200 million level, same as now.

That didn't prove to be the peak in the dollar, however. It managed to rally another month before entering a topping phase that eventually erased all of the gains.

As noted on Friday, it's not just the fact that these positions have moved to a record that should raise concern for those long the dollar. It is the fact that the rate of change has increased so much in the past two to three weeks.

When we see an increased rate of change at the same time that positions are moving to records, it suggests an urgency that is most often the hallmark of a last-ditch exhaustion rather than a continuation of the trend.

The latest Optimism Index readings for commodities show the largest increases in optimism for the metals, primarily platinum and silver, both just coming out of extreme pessimism territory (see silver optimism chart below). 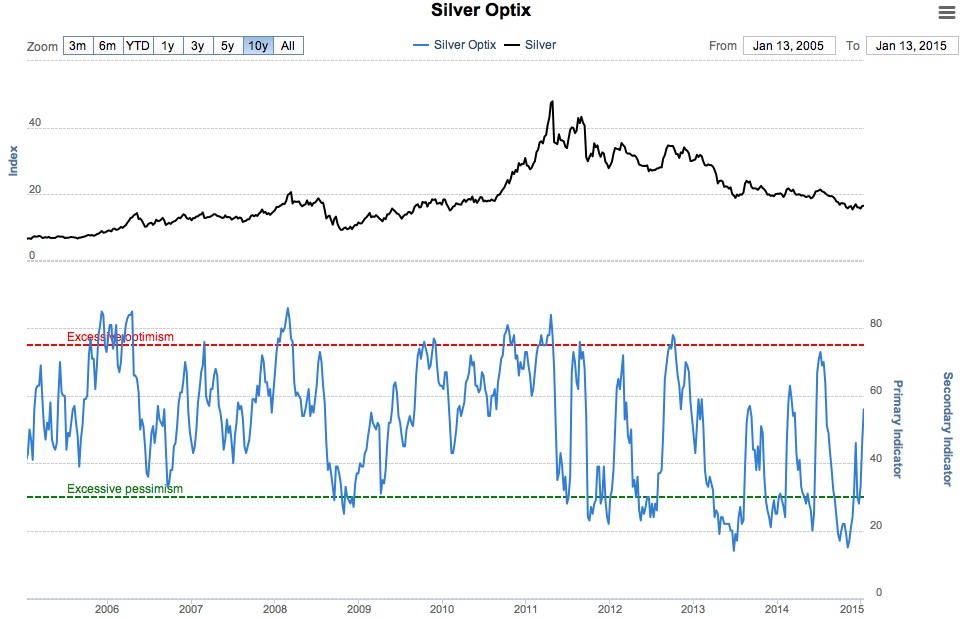 Not surprisingly, the highest Optix is in the U.S. dollar, which is showing a record-high reading of 90. At the other end of the spectrum, optimism toward the Canadian dollar, Swiss franc and Euro hovering near decade-long or all-time lows (see all-time record pessimism in the Swiss franc below). 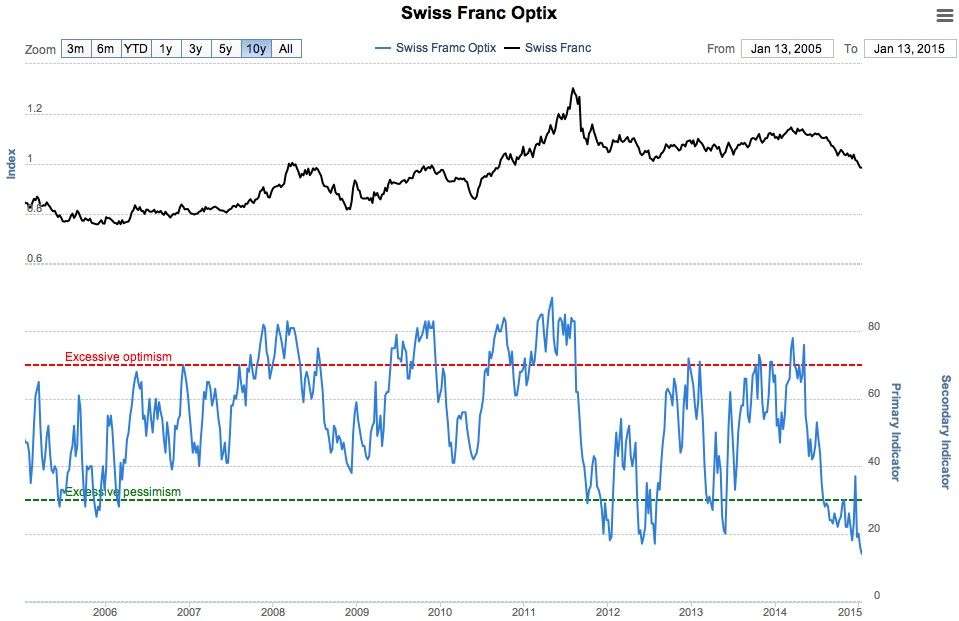