With stocks moving higher and gold and silver continuing to consolidate recent gains, here is a shocking look at reckless central banksters and a once-in-a-lifetime event.

Reckless Central Banking
September 12 (King World News) – Here is what Peter Boockvar noted as the world awaits the next round of monetary madness:

Peter Boockvar:  Here is the US debt clock which has now exceeded $20 trillion: 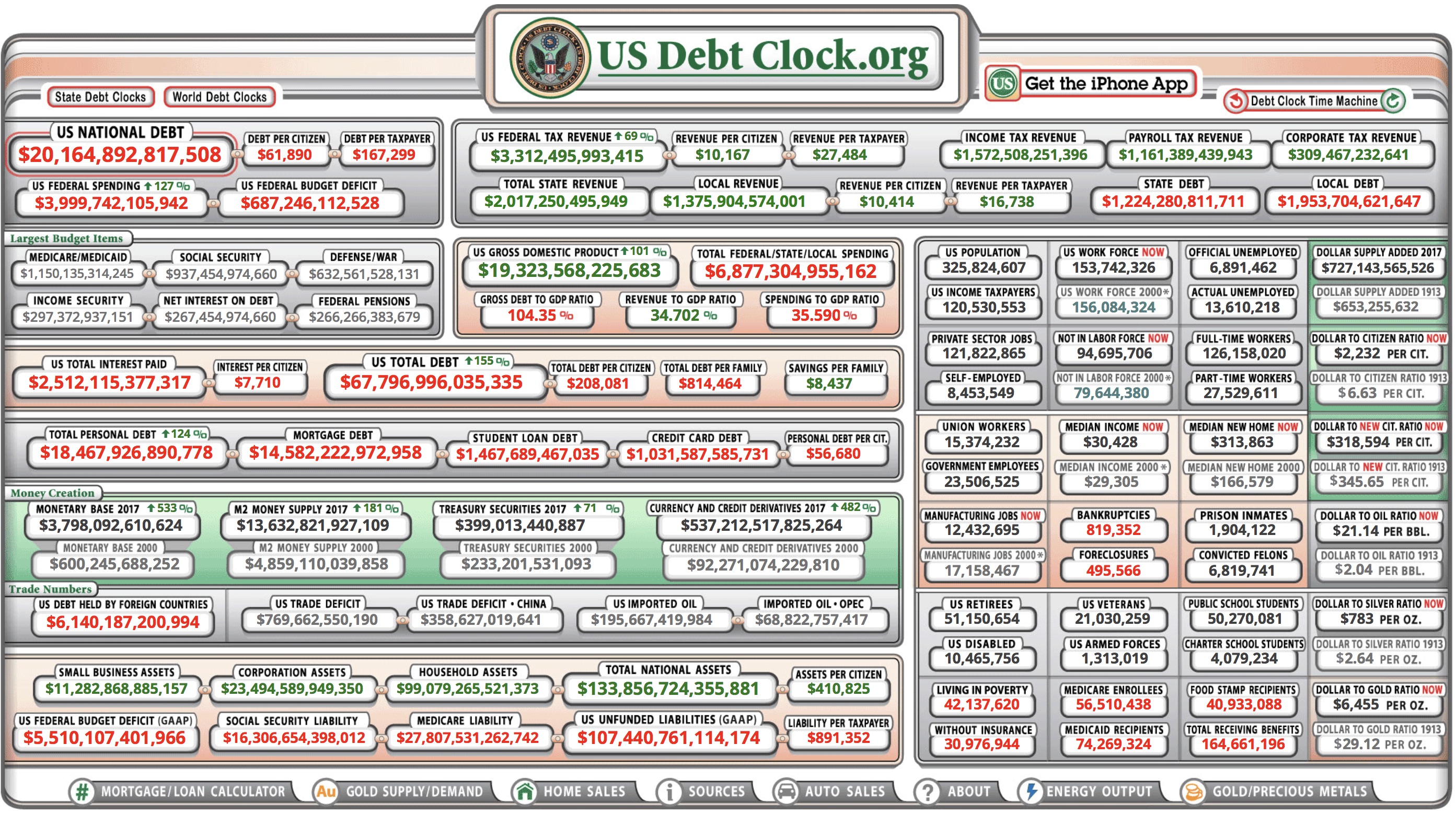 Do any of the Federal Reserve members over the past 10 years (as this figure doubled) that repeatedly voted for ZIRP and multiple rounds of QE feel any complicity for this debt explosion? If they don’t, they should as they enabled this via policy and the global yield grab…

Peter Boockvar continues:  The pound is ripping higher to a one year high vs the US dollar as the BoE continues to twiddle its thumbs as its citizenry sees their standard of living and purchasing power being damaged by policy that has never been so extreme in the history of the Bank of England that began in 1694. I’m sorry to the BoE but to not at least take away the emergency rate cut implemented soon after Brexit in light of what has transpired since in terms of inflation, growth and the negotiations is just reckless central banking in my opinion.

Jeffrey Saut, Chief Investment Strategist at Raymond James:  Residents of the Tampa Bay area needed to break out the Rolaids over the past few days as Hurricane Irma rolled up the west coast of Florida, leaving the southern part of the west coast in devastation. Our hearts go out to the folks south of us, as the pictures we see are horrible. As we did with Houston, we will be sending aid to our Florida neighbors. Fortunately for Tampa Bay, Irma wobbled into a northeast track with the eye of the storm hitting about 30 miles east of here. Well, it wasn’t really an “eye” at that point since the center of the storm had collapsed in on itself. The result was the predicted 130-140 mph winds that were forecasted for the Bay area the night before turned into 80 mph top-end gusts. 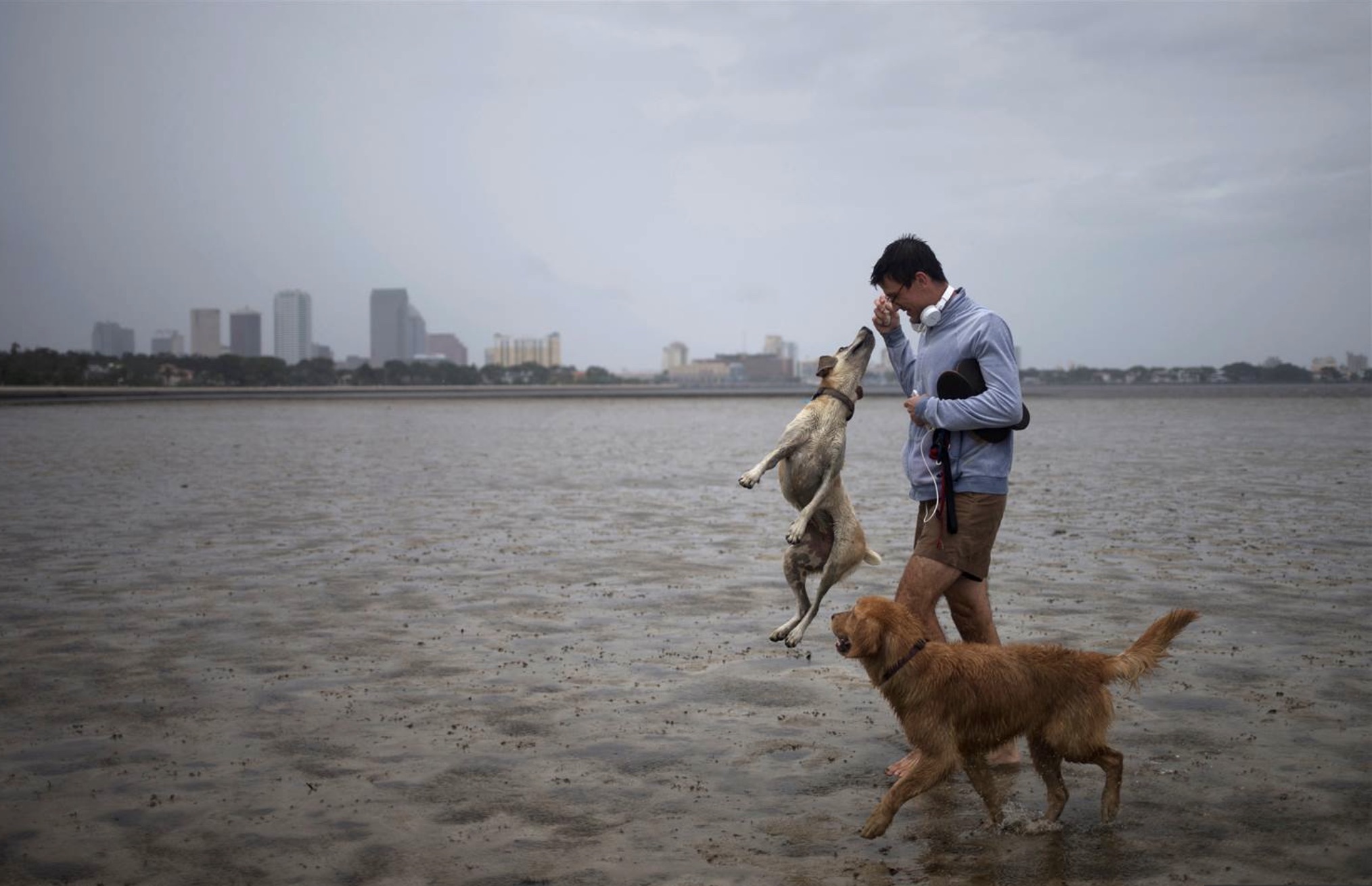 Once In A Lifetime Walk Across Tampa Bay
We must admit it was pretty weird being able to walk across Tampa Bay’s mud bottom when Irma pushed much of the water out of the bay, but the weakened “back end” of the storm did not produce the eight-foot storm surge that was forecasted. Regrettably, now we have to worry about Hurricane Jose, which is spinning it up in the Atlantic, so indeed, break out the Rolaids!

Yesterday, however, investors did not need Rolaids, as the S&P 500 (SPX/2487.05) spiked higher on the news that Irma had not devastated the Tampa Bay area, home to Raymond James and some 4 million people. Of course, no new tensions with North Korea also helped. However, we think the main reason for yesterday’s “jump” was the fact that China is taking moves against North Korea as major Chinese banks suspend NK transactions. Whatever the reason, the SPX surge (no pun intended) took that index very close to its all-time high and made our comments of yesterday (actually, those comments were made early Sunday morning) look quite foolish, which the various markets have a habit of doing from time to time.

Looking at the chart of the SPX on the prior page shows either an upside breakaway gap (bullish) or an “island reversal” (bearish). According to StockCharts.com: “An island reversal forms with a gap, consolidation, and then a gap in the opposite direction. The opposing gaps form an area without any price data that isolates the consolidation. In this regard, the consolidation becomes an island that is separated from the rest of the price action.”

Our sense remains that what we saw yesterday was a “relief rally” for the various previously stated reasons. While only time will tell, that is the way we are playing it on a trading basis.