The King World News site was attacked and taken offline for 10 hours on a day when gold and silver tumbled. But despite the pullback in the gold and silver markets, the bullion banks still have a problem.

Despite Gold & Silver Pullback, Bullion Banks Still Have A Problem
June 5 (King World News) – Alasdair Macleod:  The bullion banks have a problem: they are short of gold futures and finding it very difficult to cover without sending the price far higher. They have already reduced open interest on Comex from nearly 800,000 contracts to 473,069. But look at how short the bullion bank trading desks still are: 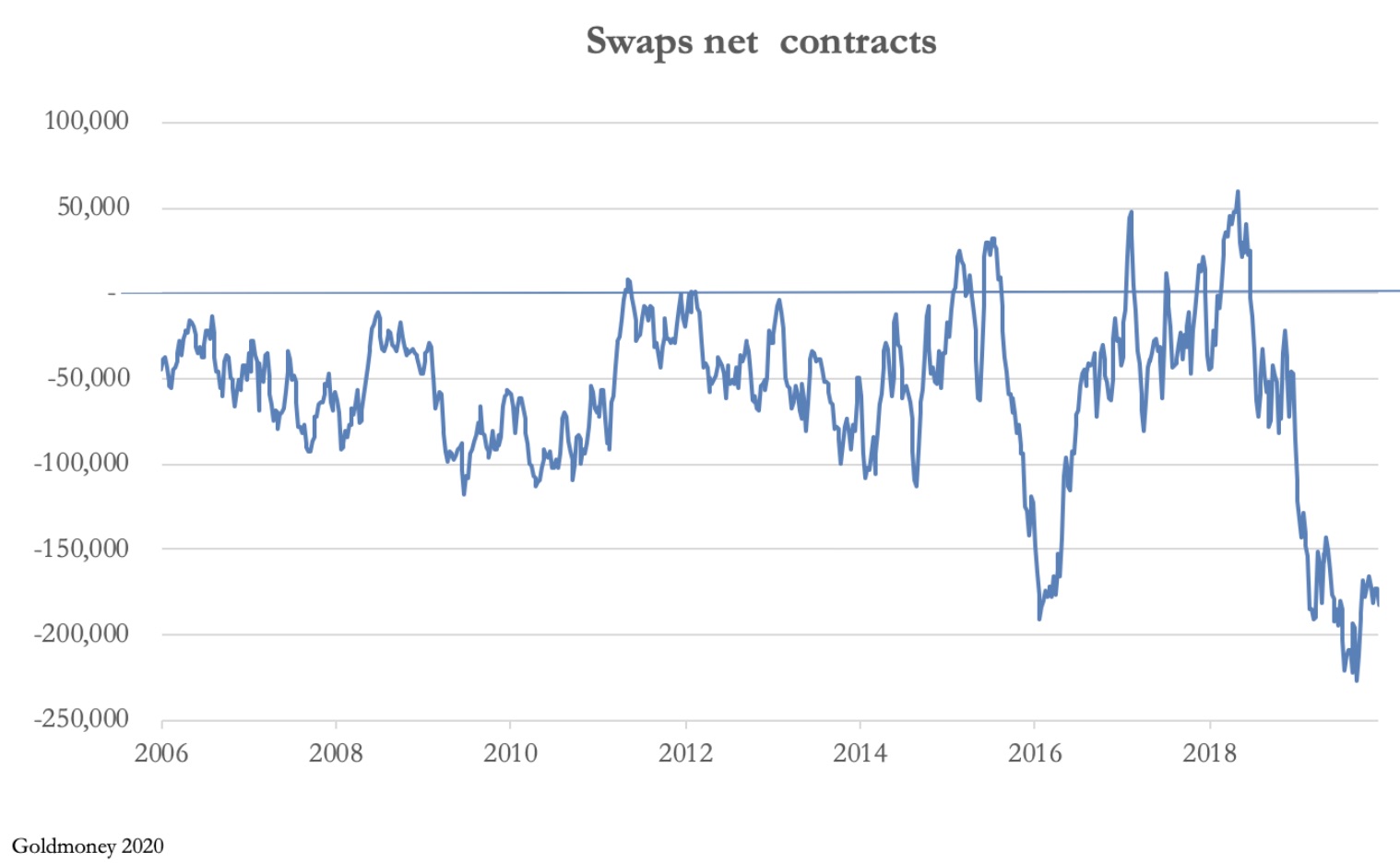 The last knockdown, which sent the gold price down to $1460 in March achieved nothing. With net shorts of 182,864 contracts they cannot afford to see higher gold prices. This is why today we saw an attempt to claw back some of those shorts, with the gold price being knocked back below $1700 to facilitate it. As always, we cannot rule out a further knockdown into next week, but we have seen a new development: Americans are standing for delivery on Comex, with 140.8 tonnes delivered in the last five days.

This is highly unusual and comes at a time when there is very little to no physical liquidity in London, due to massive ETF demand. The bullion banks have their fingers on the pulse and know it. It is now or never for them.

For those who keep level heads, knockdowns like this are an opportunity to accumulate more physical. The system is broken: either the Fed supports financial asset prices and destroys the dollar, or it protects the dollar. The Fed is there to keep the show on the road, which means financial asset prices, principally government debt, must be supported. The dollar will be sacrificed.