Today one of the greats in the business said all-time record outflows from stocks took place on the recent panic selling.

A record month for sector outflows
Investors weren’t kidding around in May. They got scared – panicked, even – and voted with their feet. There were plenty of signs that sentiment toward stocks (and bonds) was washed out, and those signs keep piling up…

In May alone, investors pulled more than $10 billion from sector ETFs. Few sectors were spared. Financials bore the brunt of the redemptions, with more than $5.2 billion pulled from funds like XLF, VFH, and KRE. Health Care was one of the few to see inflows and the only substantial one. 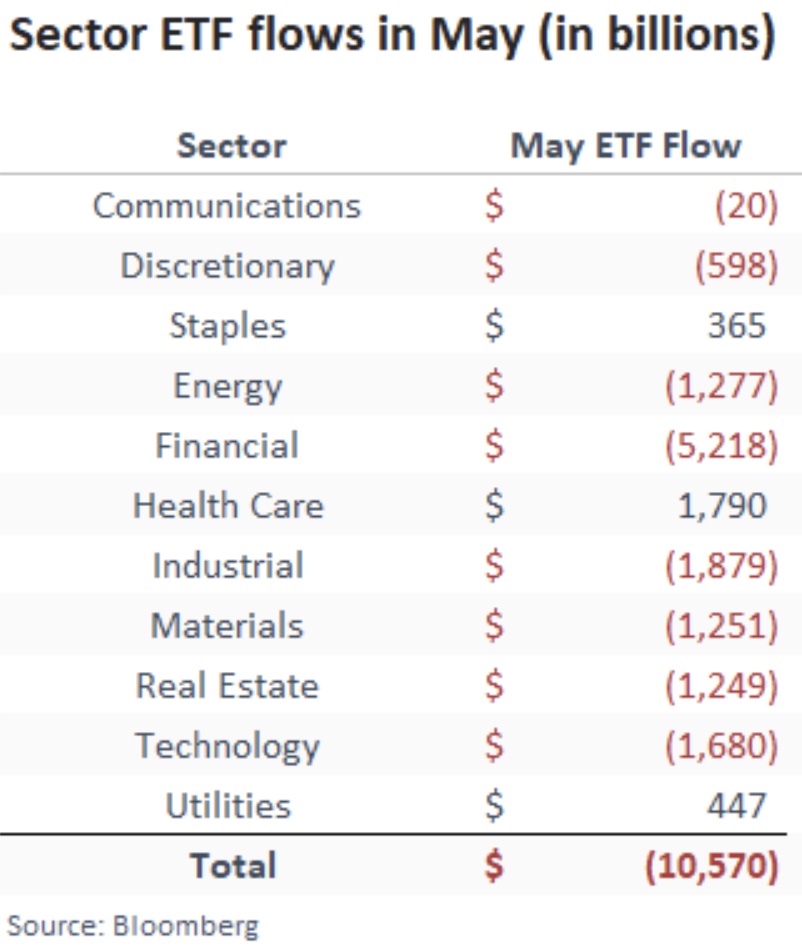 The total outflow of $10.6 billion was the worst since at least the year 2000. No month in over 20 years had seen a more concentrated exodus. 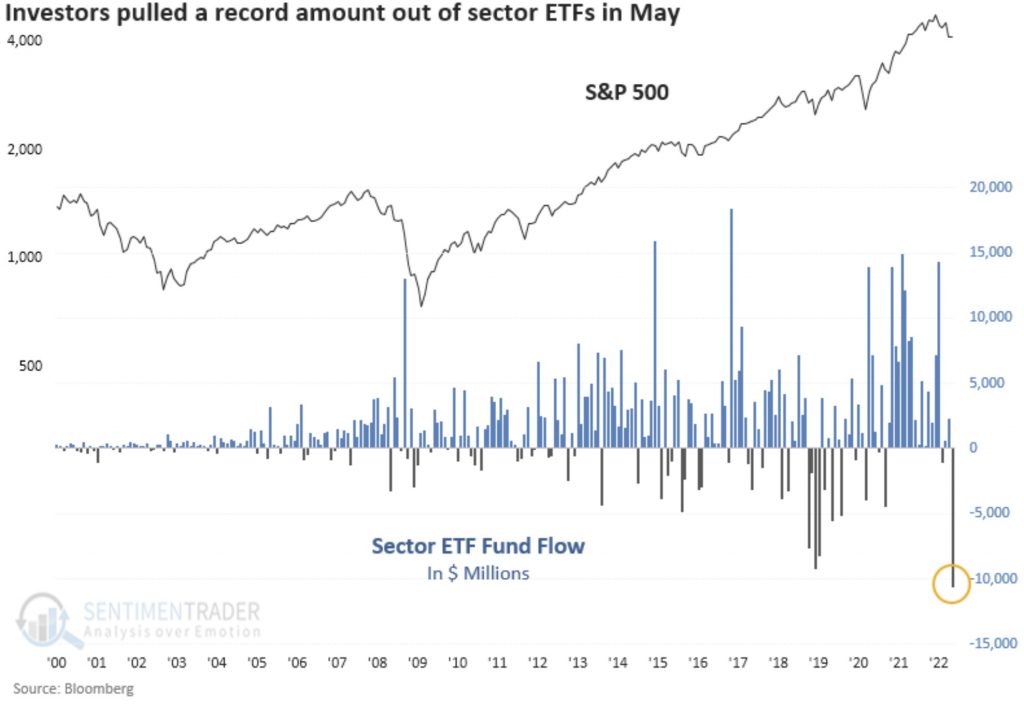 Obviously, markets have grown since 2000, so total assets under management (AUM) have also increased. As a percentage of AUM, May’s outflow was still substantial, the 6th-largest out of the past 269 months. 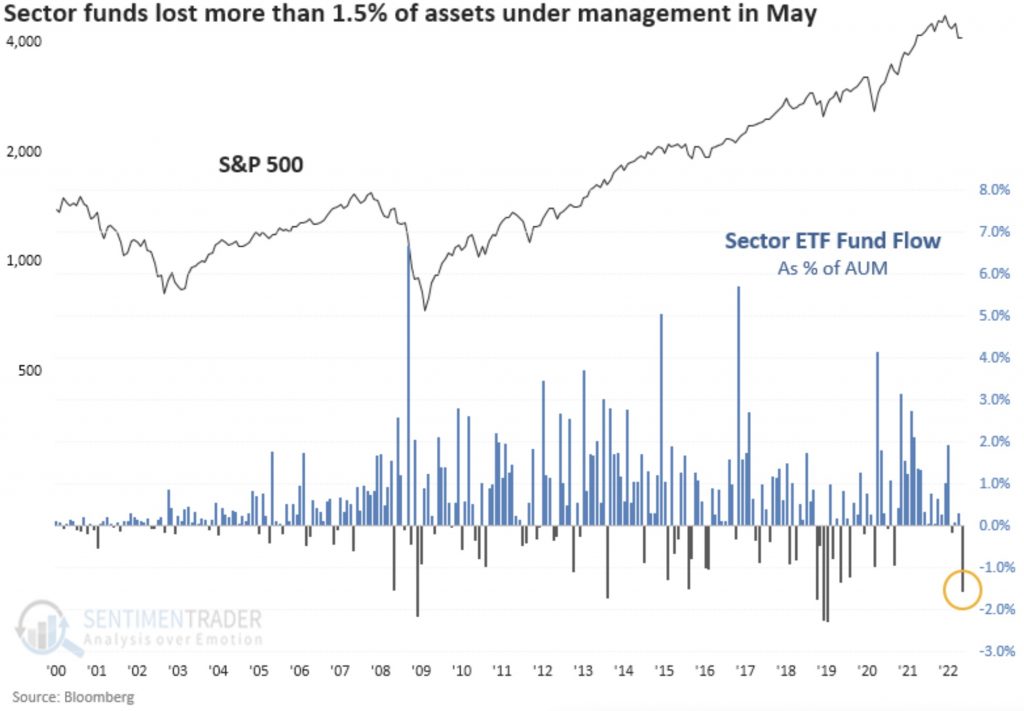 Returns in the S&P 500 were good after other months when investors pulled more than 1% of assets from sector ETFs. While this occurred right before a steep drop in 2008 and before the final plunge in early 2009, other signals saw almost universally positive returns. Of course, that was during a mostly rising market, so it was easier to show a positive return. 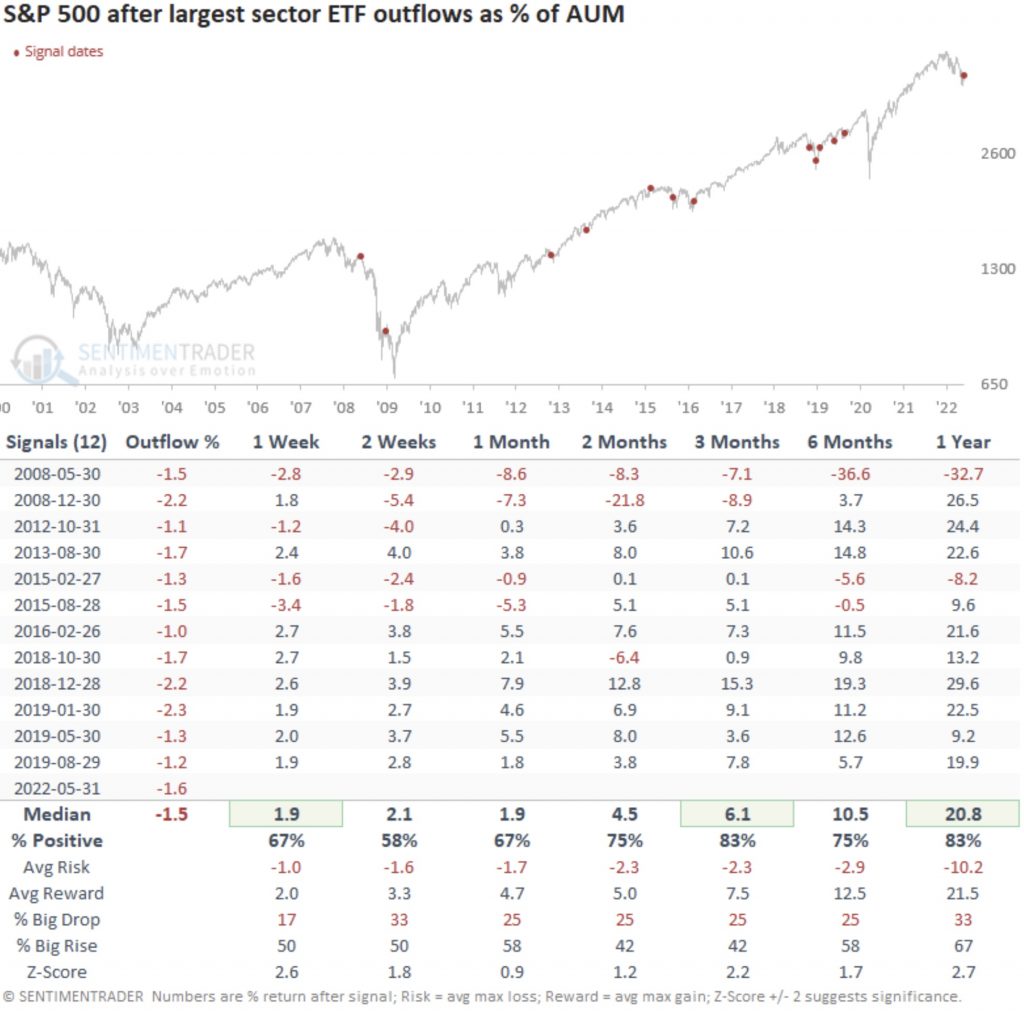 Investors sell Discretionary, Financial, and Industrial sectors to historic degrees
Sector returns after these signals were a sea of green, with the darkest colors (more extreme returns) belonging to some of the higher-beta groups. Technology did well, as did the more general Cyclical, Large-Cap, and Growth factors. 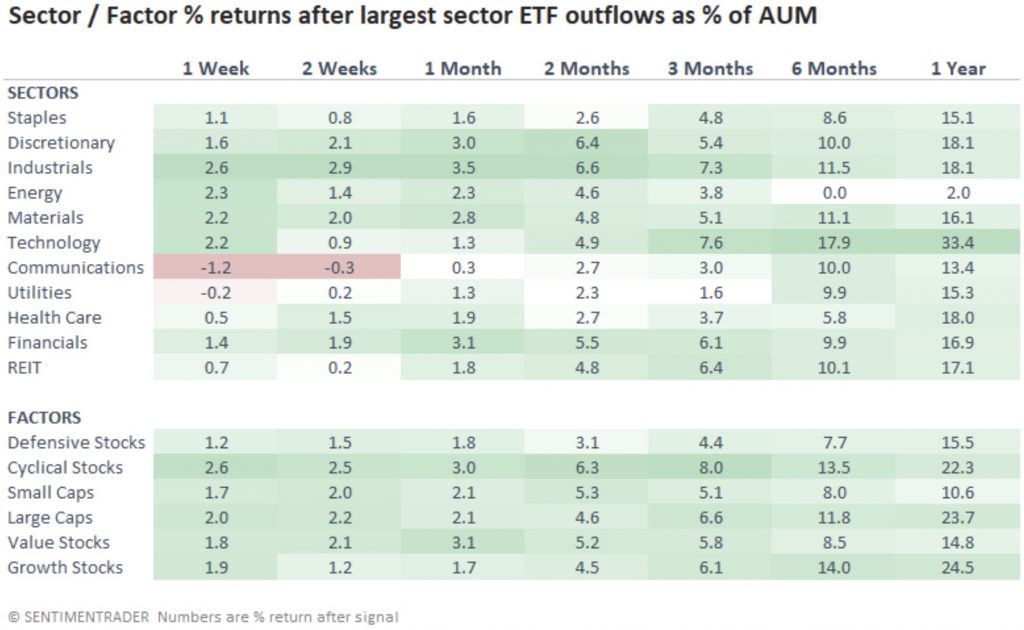 The rolling 12-month flows among the sectors show wild dispersion. Some are at or near 20-year lows (Discretionary, Financials, Industrials – not surprisingly, those heavily influenced by rising rates), while others are at or near the opposite extreme (Staples, Health Care, Technology, Utilities). There is a modest contrary tint to sector ETF flows, with massive outflows being more of a bullish sign than extreme inflows are a bearish one. 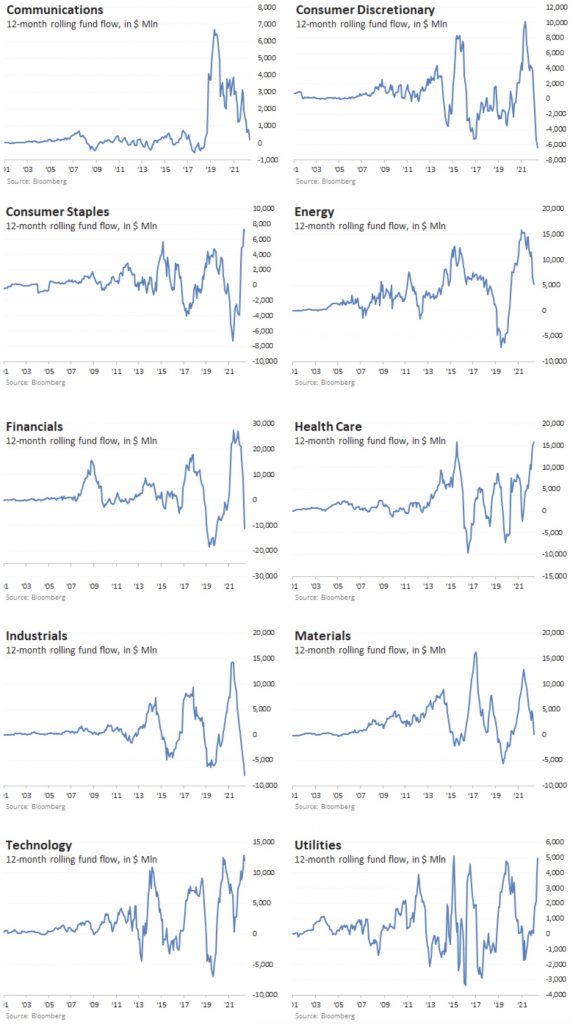 What the research tells us…
May finally managed to be a slight reprieve to many investors, as stock and bond markets tried to find a bottom as selling pressure ebbed from historic extremes. During the early part of the month, sentiment stretched to an atrocious level, and it wasn’t just in surveys. Investors did what they said they would do, which is to sell. The good part about that is the selling was so heavy that it suggests an extreme. That should help with the idea of a relief rally in the weeks or months ahead. This is another example of why Jason Goepfert is the best in the world at what he does – providing actionable market data. To subscribe to the internationally acclaimed work Goepfert produces at SentimenTrader CLICK HERE.