According to one firm out of Switzerland, for those looking to take a swing at a fast pitch, get into gold, plus Buffett’s “substantial inflation.”

Keeping Gold Simple
May 5 (King World News) – Matthew Piepenburg at Matterhorn Asset Management (based in Switzerland):   Psychologists, poets and philosophers have written for centuries that many who have eyes refuse to see, and many who can think, refuse to think clearly–all for the simple reason that some truths, like the sun, are just too hard to look straight into.

Or as others have said more bluntly: “Truth is like poetry—everyone [fricking] hates it.”

The same is true when it comes to the “great inflation debate,” which is simply no longer a debate but a neon-screaming reality playing out in real time and growing more pernicious before eyes otherwise blinded by calming Fed-speak and bogus inflation scales.

Each passing day, the evidence of the inflationary cancer beneath the smiling surface of our still rising markets and “recovering/opening” economy increases, and thus, like it or not, the inflation topic just won’t and can’t be over-stated enough.

In short: Here I go again with the inflation thing…

From the Grocer to Buffet: Inflation is Obvious
Extreme US “stimulus,” vaccine rollouts, Europe’s eventual reopening, and rising commodity costs are accelerating the inflationary tailwinds which everyone from grocery store clerks and home builders to Warren Buffet can no longer deny or ignore.

As facts rather than theories confirm, commodity prices have surged from steel to copper, or corn to lumber while precious metals steadily rise against COMEX price fixers, CPI lies and other unsustainable boots to the neck of a coiled gold market positioned for big moves into late 2021 and beyond. 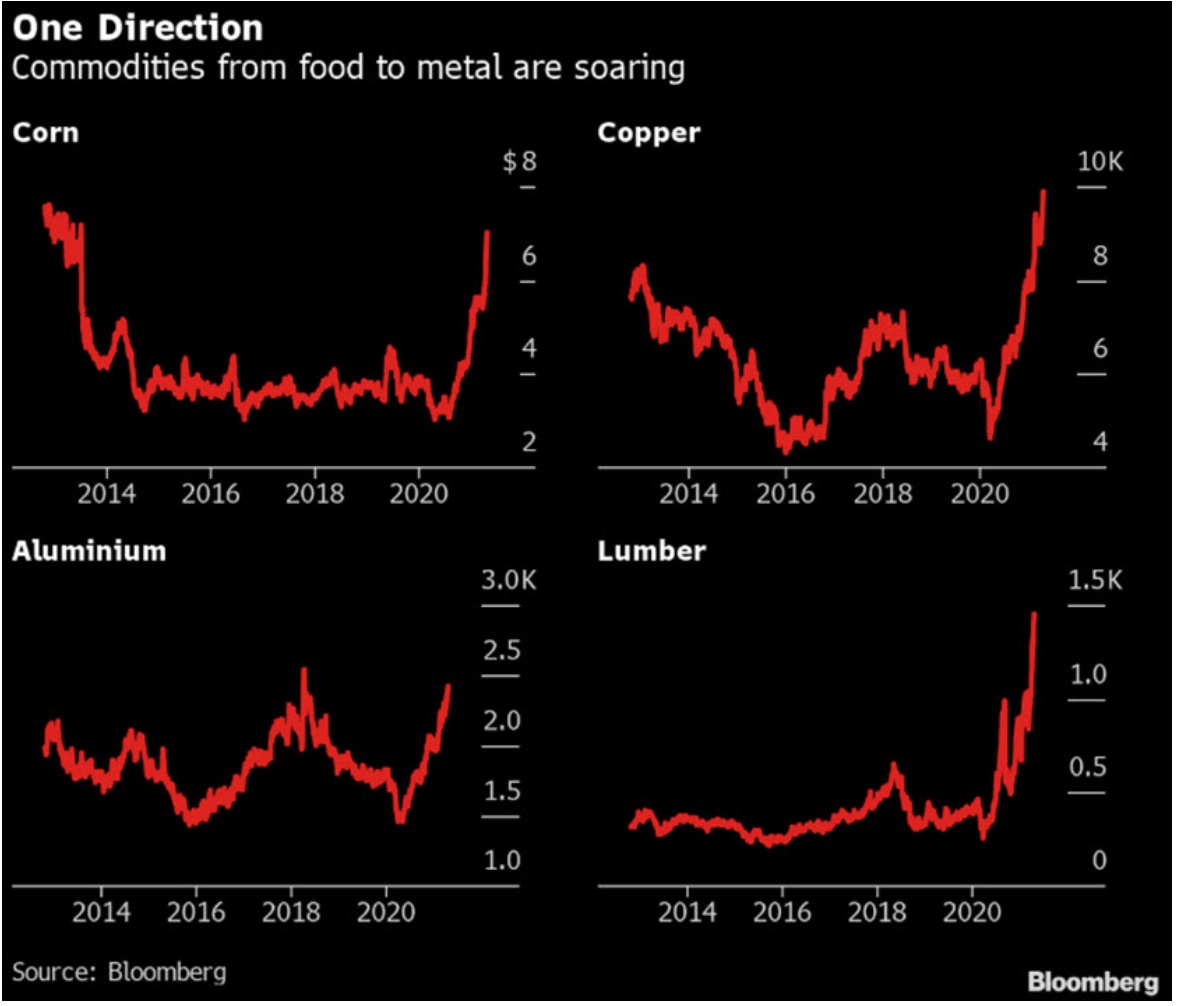 Commodities, of course, represent the cost of goods, and when they soar, retail prices generally aren’t far behind, as seen (and growing) daily in the rise of food, home construction, auto, and other everyday purchases—you know, things that matter.

According to Bloomberg NEF (or BNEF, a Bloomberg strategic research provider), the price of copper alone is up more than 90% in the past year and is expected to nearly double by 2050, while demand for other low carbon technologies like electric vehicles (lithium is up 93% YTD) and solar panels are expected to balloon as well.

As we’ve said countless times, the central bankers want to have their cake and eat it too; meaning: They want to inflate (and lie) away their debt yet keep the cost of that debt repressed.

Yet bigger debt bubbles, of course, are also the perfect historical and mathematical set up for an inevitable economic and market catastrophe.

As usual, of course, our financial leadership will not tell you this. Instead, their job is to roll out the adjectives, policies and poker faces to deny (and extend) this catastrophic inevitably as well as their central role in creating it.

Many investors, sadly, will follow such trusted “accommodation” to new (and coming) needle-peak highs in risk assets like soldiers marching into a line of freshly painted cannons.

Facts Are Stubborn Things
But as we like to say, facts (like cannister shot) are stubborn things, and the facts keep flying in the face of policy fictions by the hour, minute and second.

The US Treasury Inflation-Indexed Curve (interest rates less inflation), for example, remains negative out to 30-years(!).

Folks, this means you are getting zero return for massive and unprecedented bond-bubble risk.

At the shorter end of the curve, it’s far worse. You are getting negative (rather than just zero) returns for massive bond bubble risk…

The moment you buy a short-term treasury, you are literally paying Uncle Sam to lose you money.

Meanwhile, the Fed is buying those unwanted IOUs from the same Uncle Sam for the simple reason that nobody else wants them.

The U.S. government’s $40 billion sale of four-week Treasury bills last Thursday, for example, went off with a yield of 0%, and that was before subtracting for inflation.

The last time a Treasury auction touched levels this low was in March of 2020, when anxious investors poured cash into money-market funds at the pandemic’s outset. 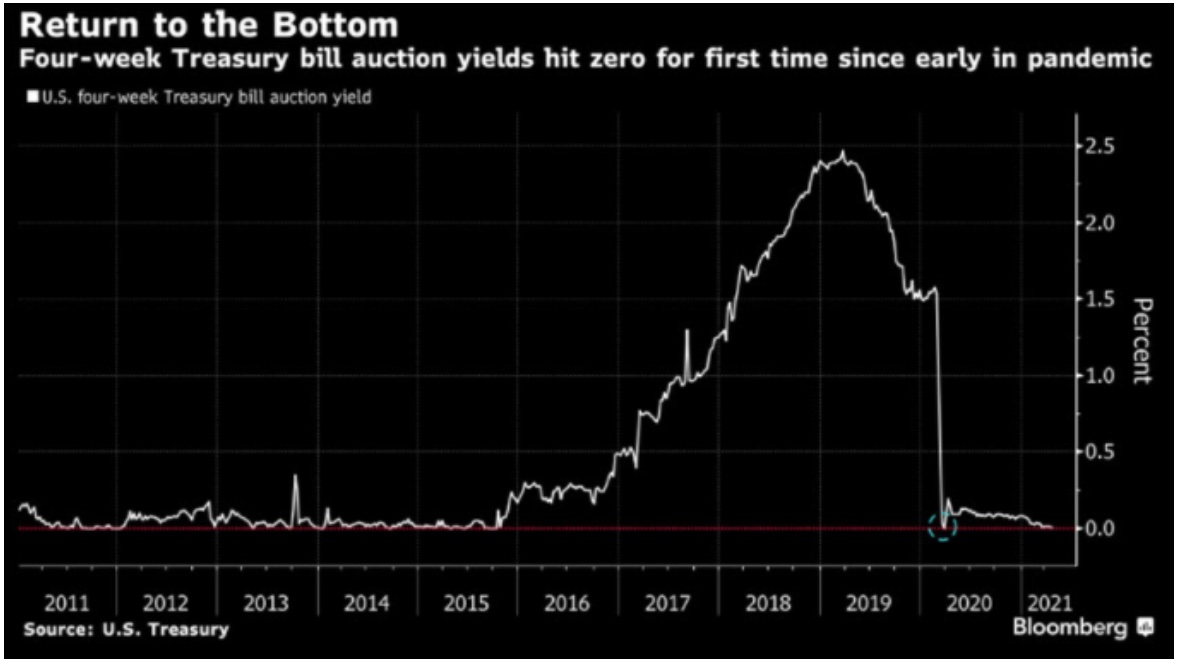 With inflation rising along with the rising demand for commodities, both unlikely to subside, it seems only a matter of time before these repressed interest rates and yields rise temporarily from the floor of history, at which point the Fed will have no choice but to print more money and repress those same yields in order for Uncle Sam to have any chance at all to pay his interest expense on $30T in otherwise unpayable public debt.

Policy Fictions Are Expected Things
Meanwhile, of course, the Fed will maintain that they can “control,” “allow,” or “target” inflation like a thermostat in one’s home, which represents the kind of delusion of a surfer who claims to control a wave’s height on the North Shore of Oahu or a polo player claiming to control the speed of a wild mustang.

In addition to QE for the banks and markets to the tune of $120B per month, we now have QE for the people to the tune of trillions per year as stock earnings (and markets) once again hit record highs in a tidal wave of new M1 and M2 money supply which the Fed is now seeking to hide from public view.

Politicians, of course, will speak and spend to buy votes with zero regard for economic risk as investors give zero regard to market risk.

This double whammy of money for banks and money for the masses (including another $2T in Biden deficit spending) will hit the headlines with fanfare while the “re-open trade” will send markets higher, seducing the un-hedged investor class into a bliss that will end in tears once central bankers lose control of the bond and rate markets…

Meanwhile, consumer prices are skyrocketing on the backs of rising (hand-out money) demand and shrinking supply.

Meanwhile, the Fed will spin its web of lies in a CPI-measured inflation scale that has creeped to a “sustainable” 2.64%. 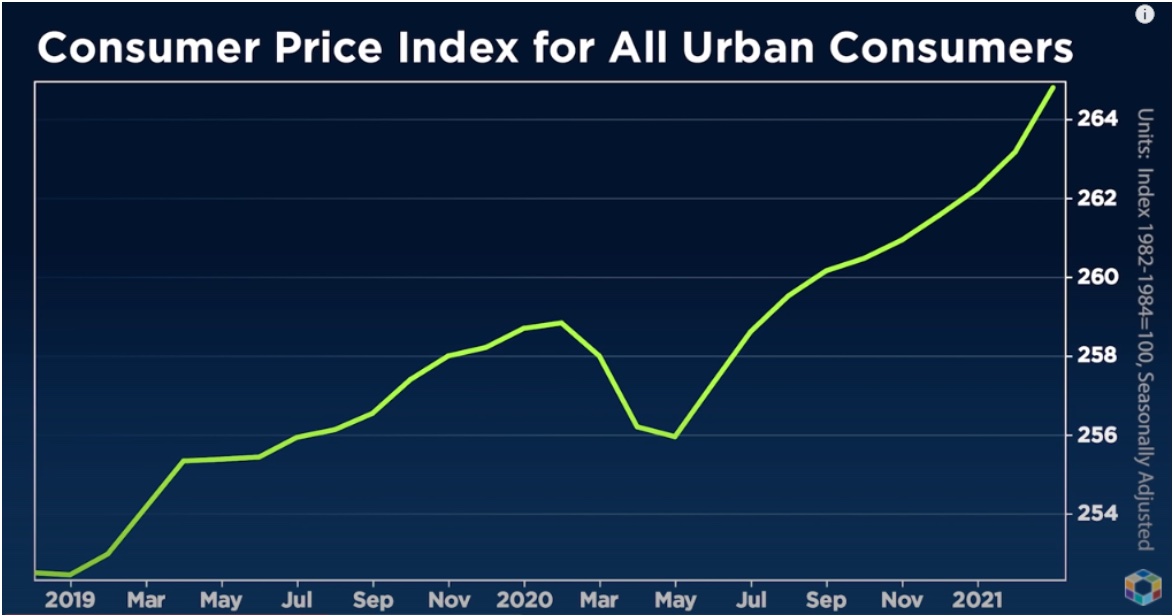 But what those Fed-Heads are neglecting to mention is that while the CPI is at 2.64% today, it’s in fact growing at a rate of 4.3% (compounding average rate based on monthly numbers).

So, there you have it: Rates rigged to the floor and inflation heading for the sky—the ultimate backdrop for precious metals in the months and years ahead.

But for those still rolling their eyes and claiming such inflation figures or projections are just the delusions of a gold-bug, let’s get back to math, data and facts rather than illusions, labels or tired debates.

“Substantial Inflation”
Warren Buffet, for example, is anything but a gold bug, but the key theme and concern of his latest Berkshire Hathaway shareholder meeting is about the arrival of “substantial inflation” due to rising prices.

In case the brief commodity discussion above hasn’t made rising prices crystal clear, let’s just do a deeper run down on a few more pricing facts (and surges) which confirm actual consumer inflationary price pain far more accurately than the comical CPI scale used by the Fed.

Year to date, and despite that “2.6% CPI inflation read” above, prices have risen by the following percentages for the following “real world” goods and assets:

In short, if every product needed to feed, house, clothe and move consumers is rising by high, double-digits, how can we trust a Fed or CPI scale that tells us consumer pricing is hanging at the “allowed” 2% range? 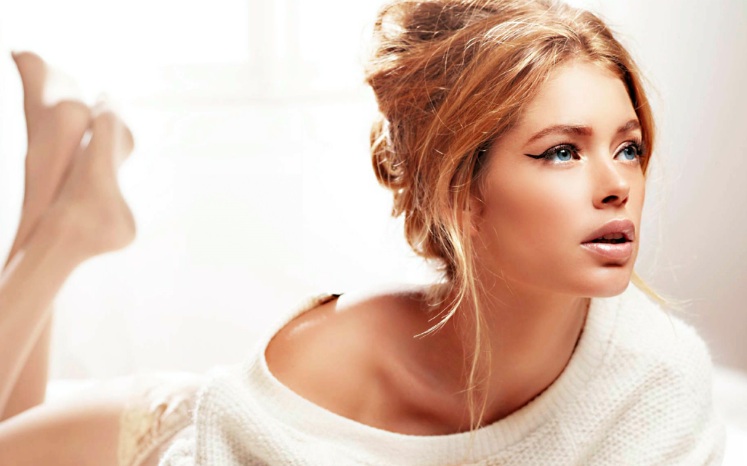 Fantasies Are Seductive Things
Markets will and can continue to rise on the backs of such government stimulus, lies and inflationary number-crunching.

For those with an appetite for risk and Fed support, we fully get it. Ride the Fed’s risk-asset wave!

But bring a life-jacket, because that wave is a killer.

As for bonds, when your real yield is negative, that just makes credit instruments even more expensive and over-valued than current record-high stock valuations.

Unlike that 2000 dot.com bubble, moreover, investors can no longer go to negative-yielding bonds for “safety” and yield.

In short, good luck with that stock and bond wave when it crashes, as all waves do.

Where to Hide?
For those looking for a safe place to hide in this new, surreal “normal,” all conversations, and all market waves, eventually land upon gold.

Always have. Always will…

Dire Warning For Global Financial System
To hear Steven Dean’s dire warning for the global financial system and also his discussion of the Gold & Silver markets CLICK HERE OR ON THE IMAGE BELOW.

And yet there are still those hugging equity ETF’s and tech stocks who claim gold is over-priced, despite stocks openly mocking every single metric of sound valuation. 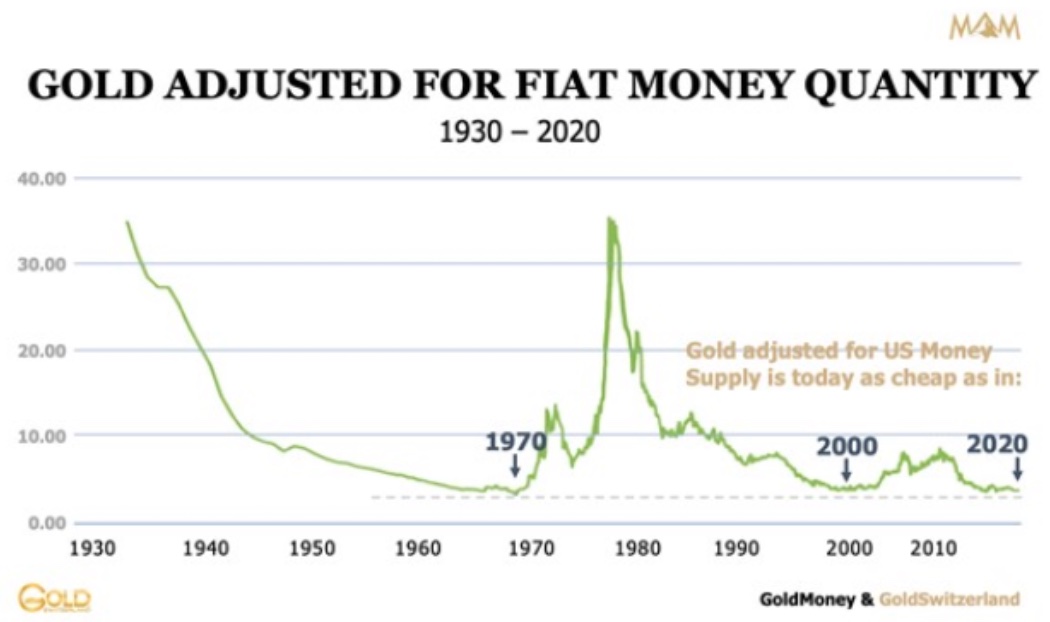 Furthermore, given that inflation is now obvious and rising, and given that rates, even if they naturally rise, will be un-naturally repressed by the Fed seconds later, the perfect setting for gold (which is inflation grossly outpacing bond yields) is as much a foregone conclusion as one can make for the near and distant future.

GOLD: Taking A Swing At A Fast Pitch
Thus, those looking to swing at a fat pitch and invest for the long term in an asset that will rise in price while hedging against now obvious inflation and equally obvious currency debasement, the gold solution is axiomatic rather than speculative.

Stated otherwise: I believe gold will not only surge by the end of year, but that its insurance role for a red-hot market bubble (and already-burning currency) has never been more obvious.

And for you speculators looking for value rather than just Fed-induced trends rising over-debt-jagged rocks, large cap gold miners are producing gold (at $1000) well under the current spot price ($1780) and are thus poised to sky rocket when gold makes its move well above last August’s highs.

For us, of course, the value appeal of physical gold as a simple solution to simple principles of wealth preservation in the backdrop of securities markets and policy trends that are simply insane is, well….

A simple choice…This will link you directly to more fantastic articles from Egon von Greyerz and Matt Piepenburg CLICK HERE.