On the heels of a huge rally in the crude oil market, one of the most reliable signals ever has just triggered a collapse warning on the economy.

The following is a portion from a Bloomberg piece:  “In August, domestic heavy-truck sales fell 29 percent from the same period of 2015, the weakest month in well over three years. Any drop that dramatic could always be an anomaly, but heavy-truck sales have been slipping for two years. Broad weakness in this category has historically been a reliable hint that a recession is on its way. 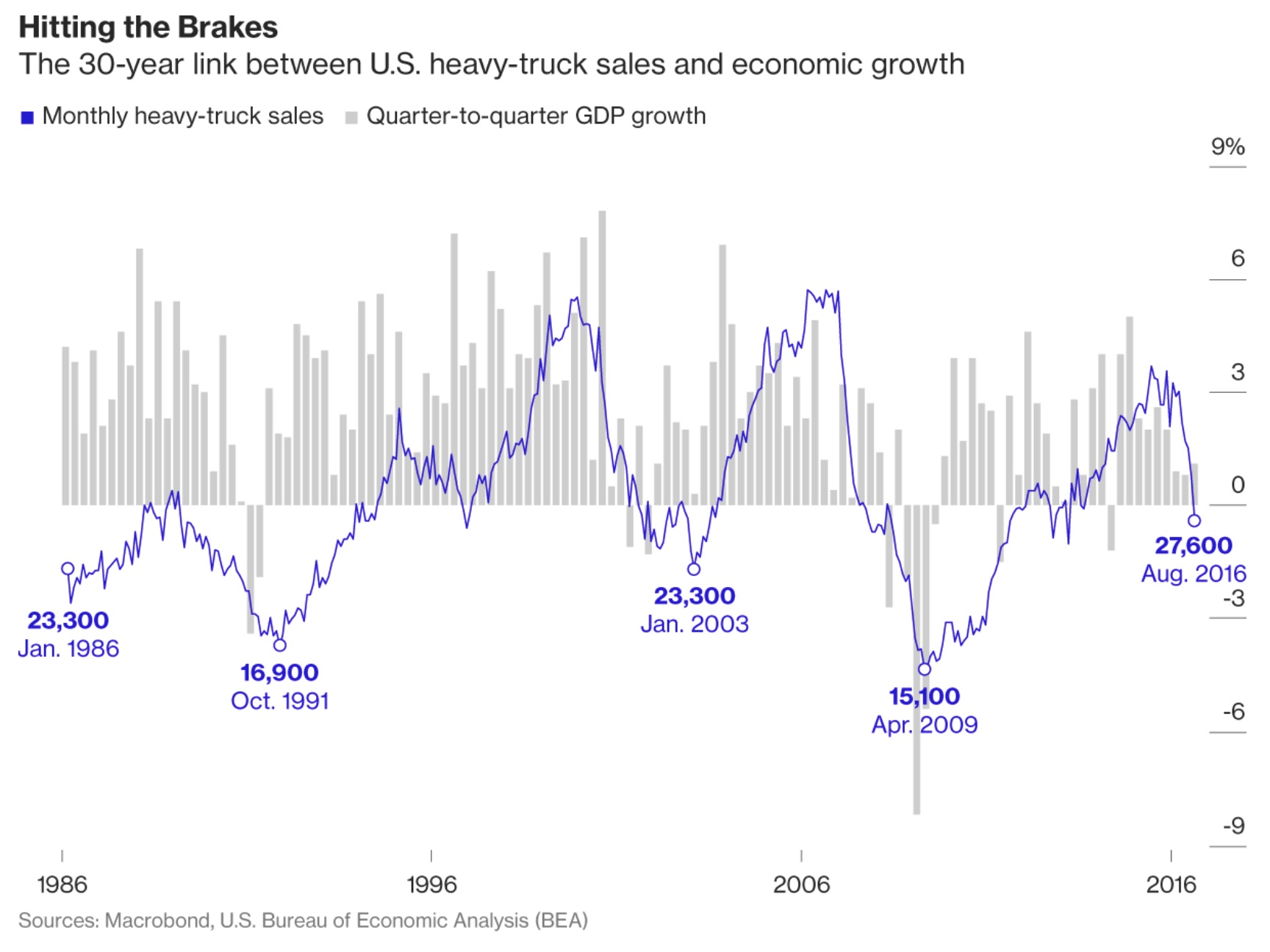 … Weak truck sales have sometimes given false signals about a recession over the last 30-odd years. But the sheer size of this August’s drop looks different. We’ve never seen a plunge this steep that didn’t foretell a recession.