Today multi-billionaire Hugo Salinas Price stunned market observers once again by stating that the price of gold may spike to $13,000.  He also issued the following dire warning.

Consequences Will Affect The Whole World
September 22 (King World News) – Multi-billionaire Hugo Salinas Price:  In my previous article, “My Views Regarding Prospects for Gold”, published on September 21, I addressed the consequences of the Chinese scheme “to be launched formally by the end of the year, by means of which exporters of oil to China will accept the Chinese currency, the Yuan, in payment for oil; for this deal, the Chinese have added an incentive: the Yuan received by the oil exporters will be exchangeable for gold. This gold will be “sourced”, i.e. “purchased” outside of China, for the oil exporters.”

Gold Payment For The First Time In 46 Years
Multi-billionaire Hugo Salinas Price continues:  For the first time, since August of 1971- 46 years ago – gold will once again form part of commercial international transactions.

Not only is it a first in 46 years, but the Chinese are linking together both the world’s real money, gold, and the world’s most important commodity, oil, which is the fundamental motor of all the world’s productive activity.

By contrast, it is helpful to consider how the US dealt with the oil-gold nexus in 1971.

By 1970, it was evident to those running the US that it would very soon be necessary to import large quantities of oil from Saudi Arabia. Under the Bretton Woods Agreements of 1945, the immense quantities of Dollars which would shortly flow to Saudi Arabia in payment of their oil would be claims upon US gold, at the time quoted at $35 Dollars an ounce. Those claims would surely deplete the remaining gold held by the US Treasury in short order. It thus became imperative to cut the nexus between gold and the Dollar. Accordingly, on August 15, 1971, the US did just that: the US went “off gold” and continued to pay Dollars for Saudi oil. Kissinger convinced the Saudis that they should deposit their Dollars in the US banking system and hold Dollar Bonds.

The alternative, to continue under the Bretton Woods monetary system, would have meant that the US would have been forced to raise the price of gold to an enormous figure, in order to reduce the amount of gold payable to the Saudi, to a tolerable level. But raising the Dollar price of gold in that manner, would have constituted a great devaluation of the Dollar and collapsed its international prestige; that in turn, would have ended the predominance of the US as the Number One power in the world. The US was not willing to accept that outcome. So, Nixon “closed the gold window” on August 15, 1971.

The Chinese measure, which we have outlined above, will go contrary to the American decision of 1971. It is going to raise, and keep raising the price of gold, through its “oil – for Yuan – for gold” scheme, if and when it is launched as programmed later this year.

China imports about eight million barrels of oil a day. A part of these imports comes from Russia, but the majority comes from the rest of the world’s oil producers. We can estimate that about six million barrels a day arrives in China, from oil producers in various parts of the world, who will find the Chinese offer very tempting. Some will go for the gold, others may hold off. 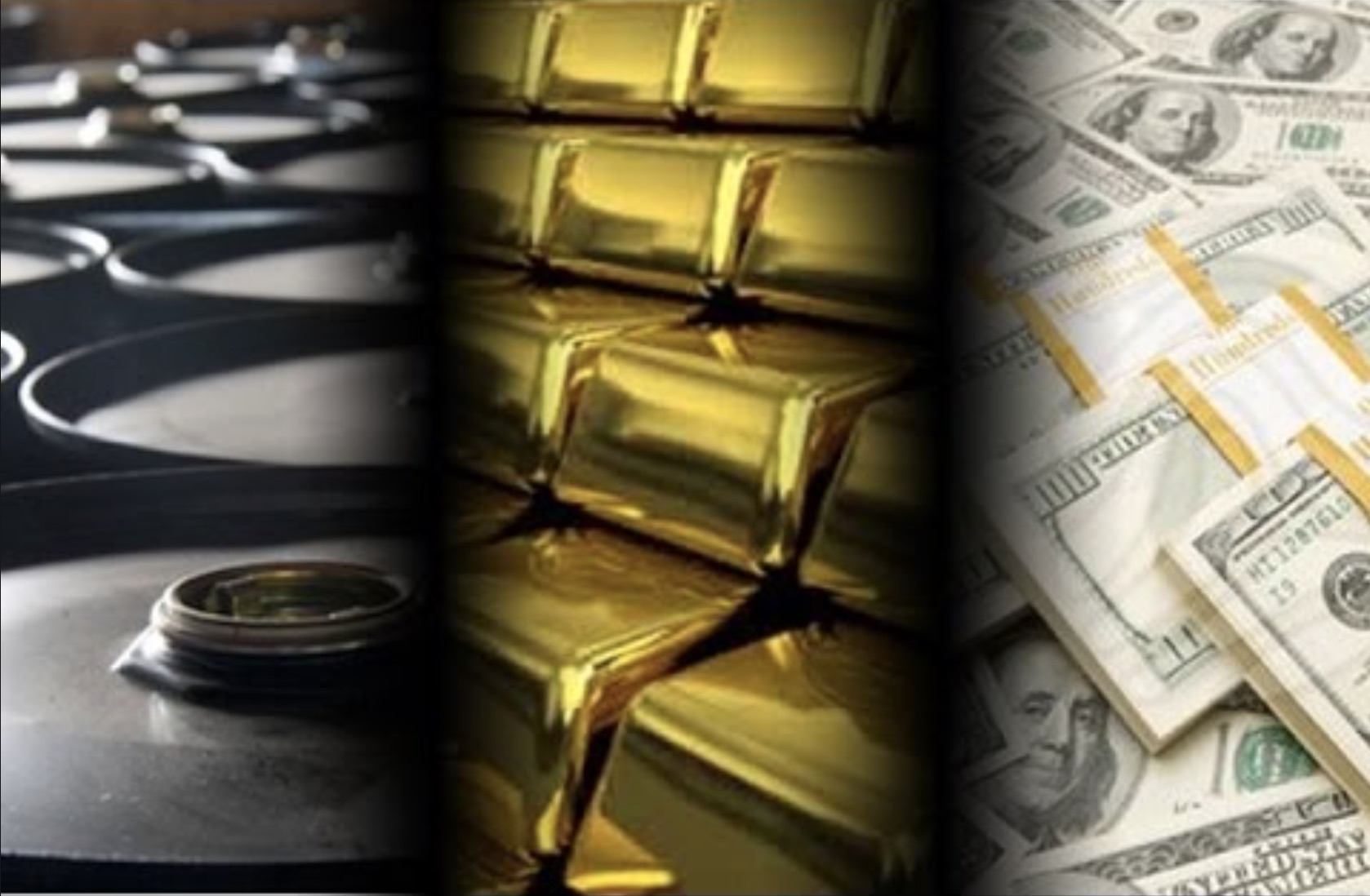 There will be a permanent demand for gold in London – in increasing quantities as more oil exporters decide to receive gold for their oil – and this on-going demand for physical gold will cause a steep and continuing rise in the gold price, as it becomes necessary to adjust the huge amounts of oil delivered to China, to a relatively tiny stock of world gold available for the trade.

The Great Devaluation
It is quite impossible to predict at what relationship the production of oil and the availability of gold will stabilize. But when it does stabilize, we can predict with certainty that the price of gold denominated in Dollars, or in Yuan, will be very much higher, which will mean that both the Dollar and the Yuan will have been severely devalued from their present state.

The establishment of a nexus between, oil, the world’s most important commodity and foundation of the world’s industrial activity, and gold, which is the world’s true money, will overthrow everything which we have taken for granted during the last 46 years.

China’s Wealth And Influence Will Increase
China’s gold reserves, which serious analysts have calculated at not less than 30,000 tonnes, plus the gold held by the population (which the Chinese leadership has encouraged it to hold) will increase the wealth and influence of China in the world.

Once the Yuan has been sufficiently devalued, the Chinese government will be able to make all Yuan currency redeemable in gold, plus all Chinese private and government debt. Russia has sufficient gold reserves to follow suit.

The Chinese and Russians will then be able to demand gold in payment of their exports and be willing to pay gold for their imports.

New Gold Standard & A Dire Warning
Thus, the establishment of the all-important nexus between oil and gold is the first step that will lead, in due course of time, to the re-establishment of the gold standard in the world. Needless to say, the very big devaluation of the Dollar will place the US in an extremely difficult situation. On this sobering subject, perhaps another outline here, in the future.