Move In Silver Is Far From Over
August 6 (King World News) – Top Citi analyst Tom Fitzpatrick sent the following report to KWN:  Silver just met our $28 target this morning, breaking above major resistance at $26.18-$26.40 in the process (Major lows in 2010-2013 which gave way impulsively in April 2013). However, we believe that this move may be far from over. (See below).

The Move In Silver Is Far From Over 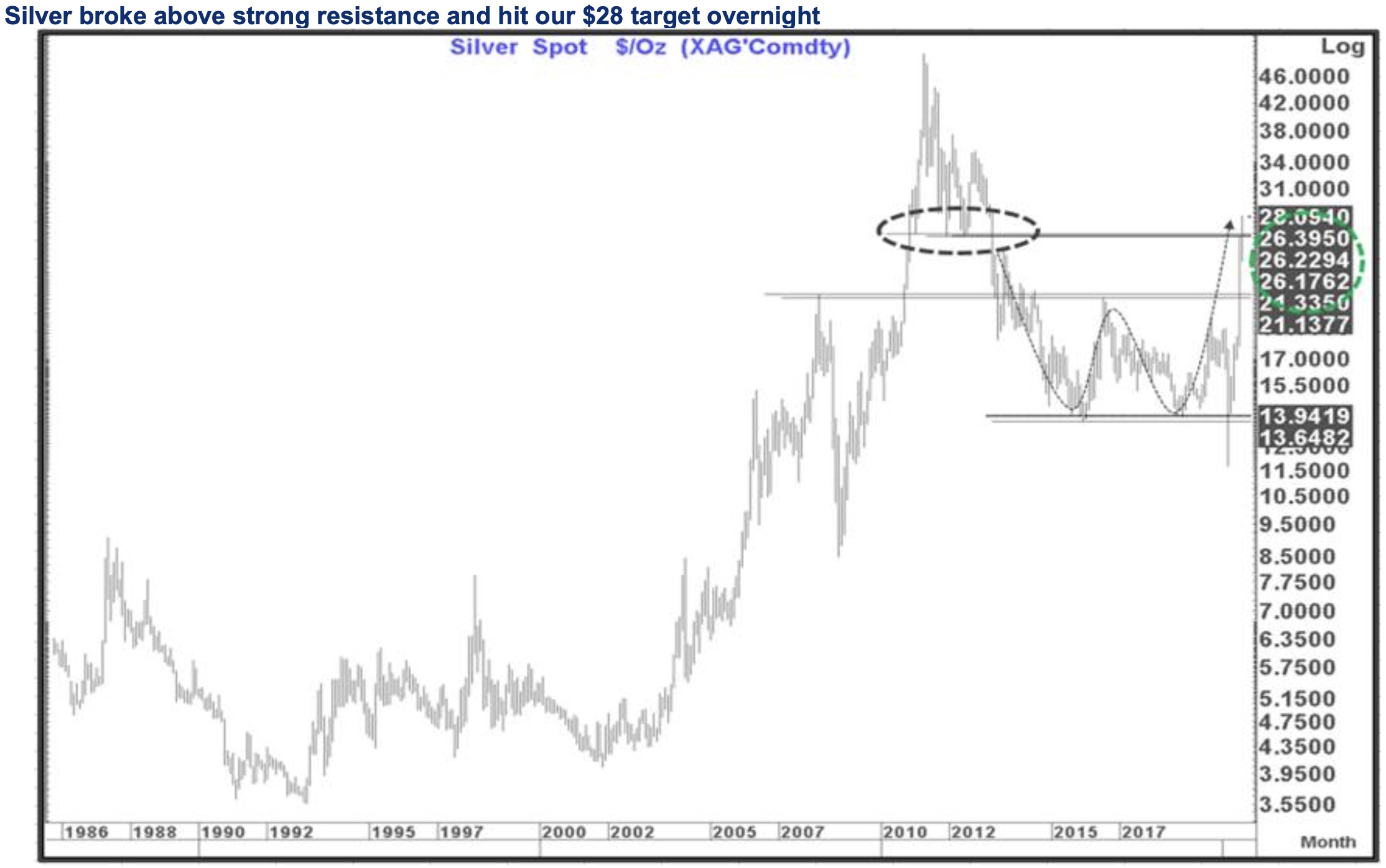 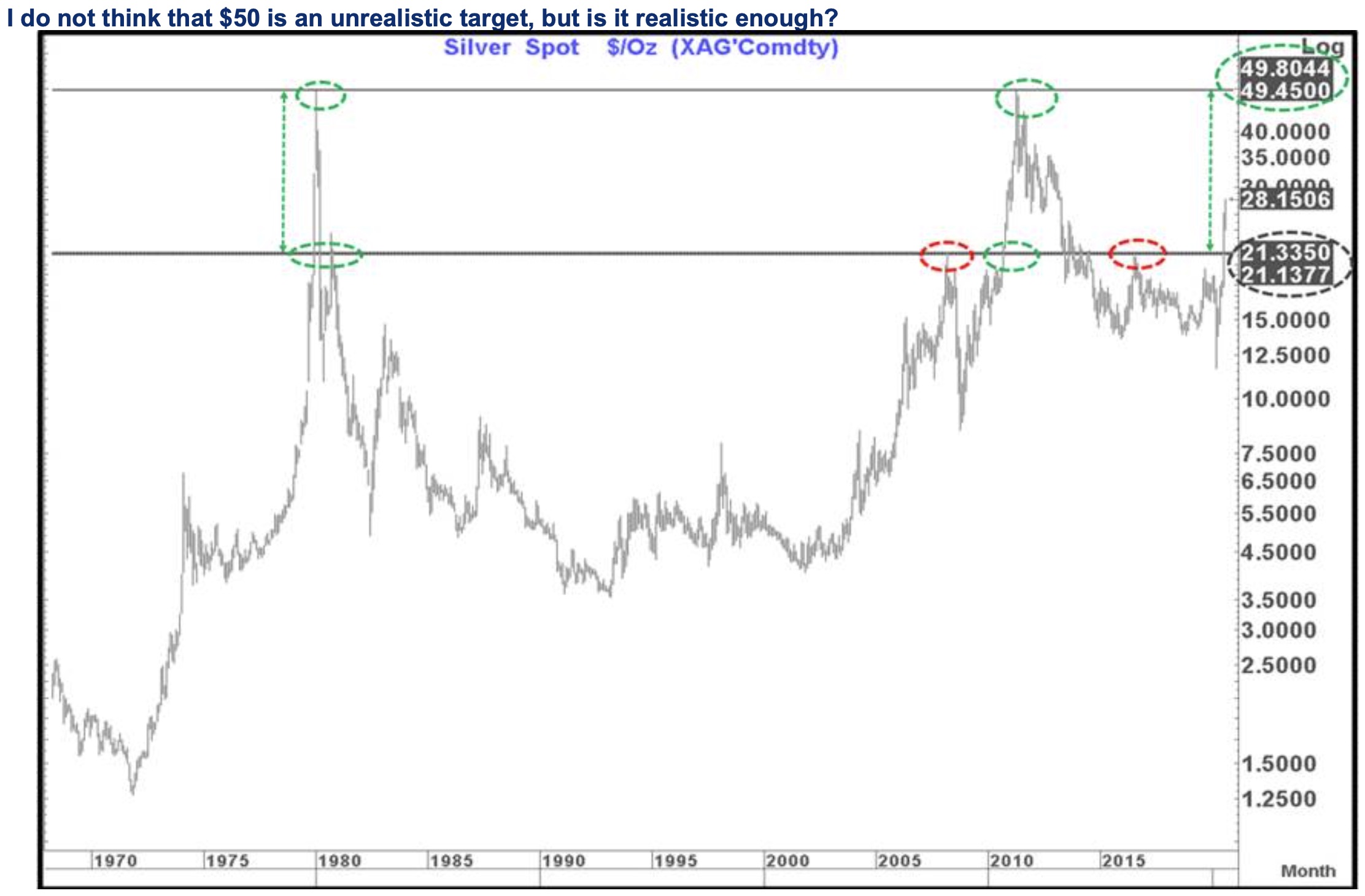 While that seems like a big move (and it is) let us not forget that Silver has never even sustained a move over $50 in history despite getting to that area for the first time over 30 years ago while Gold is substantially above the 1980 peak of $873. We therefore believe that a move back once more towards the $50 area is a very realistic target for Silver- and not necessarily something that will take years to materialize.

$4000-$8,000 Gold
The other 2 major bull markets in Gold were 1976-1980 (when in multiplied in value by about  8.5  times as we came out of the worst recession post War only to see inflation surge as growth returned) and 2001-2011 when it multiplied in value by about 7.5 times as we saw the NASDAQ bubble burst, 911, a housing bubble, the Great Financial Crisis and huge monetary and fiscal stimulus. This time we have a crisis, the largest fiscal and monetary stimulus in the history of mankind and a fed that has told you it will have no intention of “reining things in” as the economy improves, even if inflation starts to rise.

Therefore, we see no reason why this bull market cannot be as strong as those prior two averaging a multiple of eight times over an average of 7 years. Translating that to the $1,046 low in 2015 would come up with a number north of $8,000 possibly in as little as the next 2-3 years. Even if that sounds aggressive, a move similar to what we saw in 2009-2011 would suggest close to $4,000. Closer to home the break to new all-time highs suggests an extended move initially towards $2,400 (trend line off the 1980 and 2011 highs). 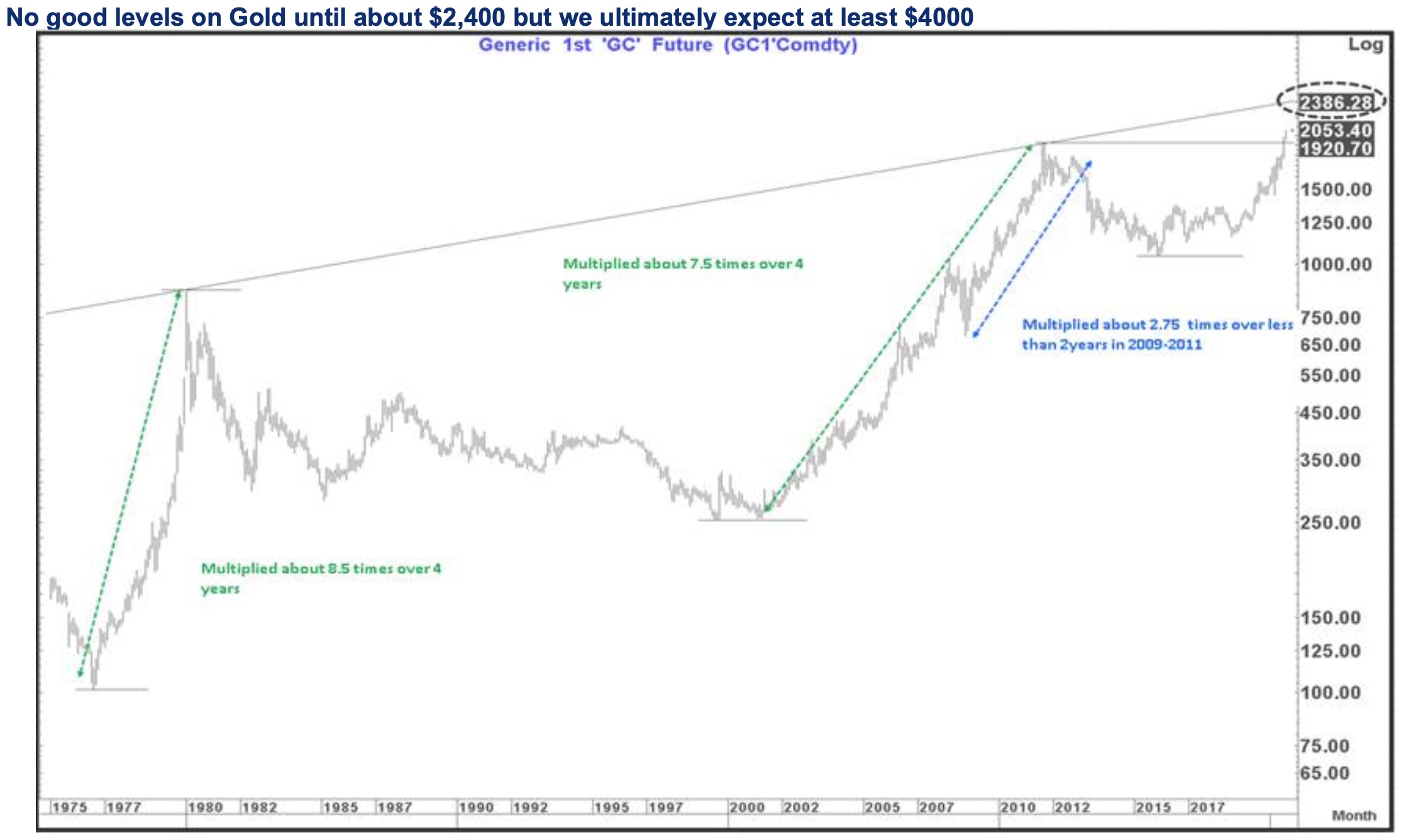 Silver May Be Headed To $100+
We often note that we sometimes go through periods where there is no longer good information in daily charts and we have to go to weekly charts for the message. Less often, but on occasions, we see times when there is little information in weekly charts and we start looking at monthly charts. That is what is happening here and in particular on the chart below of the Gold/Silver ratio. 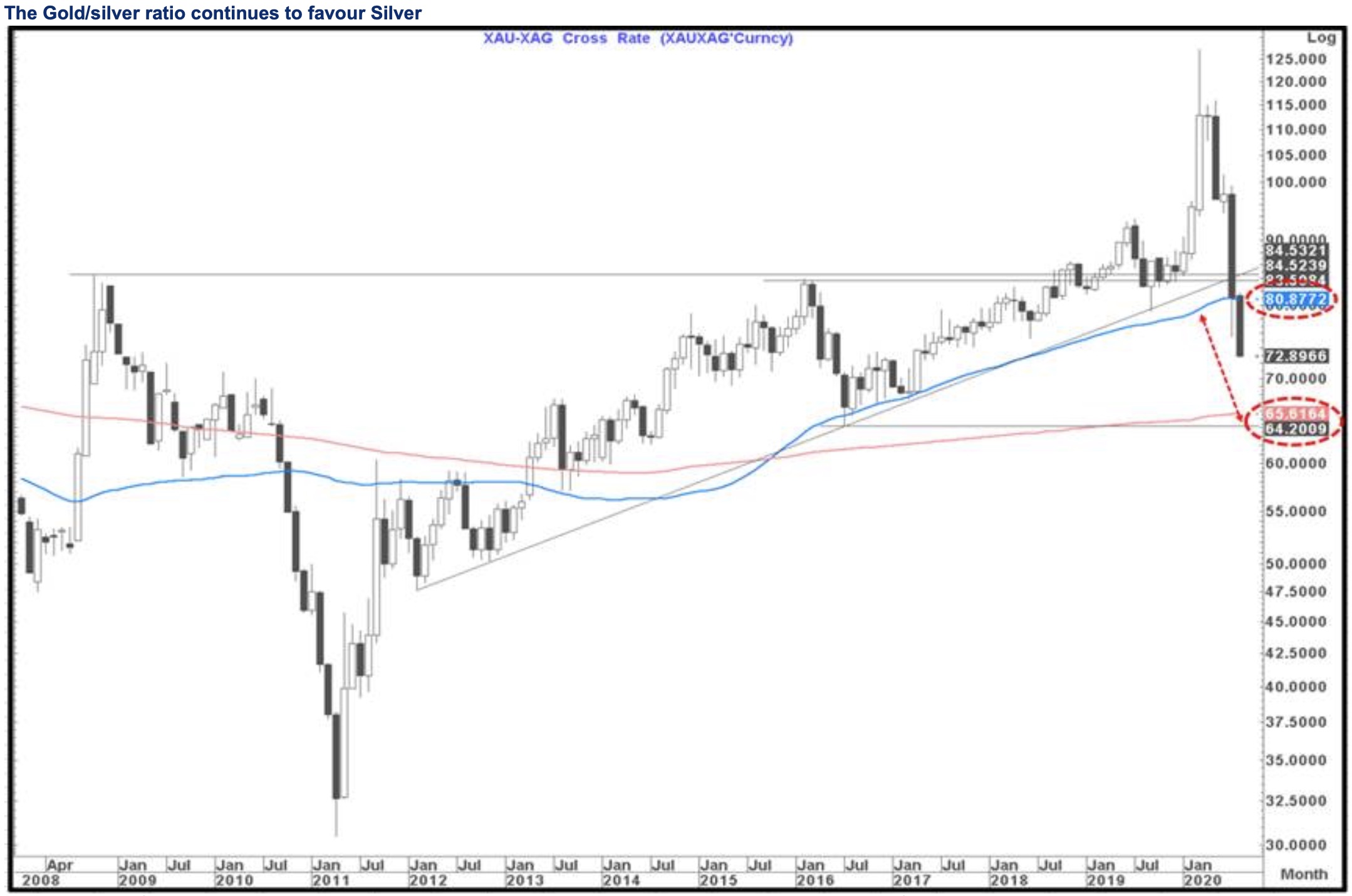 Our minimum target now would be a move to horizontal support and the 200 month MA which sit around 64 to 66. It is also worth noting that as Silver peaked in in 1980 and 2011 this ratio went to 14 and 30 respectively. If we surmise that this time around it could extend towards the trend line off those lows, which now stands around 35,  that creates an interesting thought process…