Today Michael Oliver, the man who is well known for his deadly accurate forecasts on stocks, bonds, and major markets, gave King World News an important update on the gold market as well as the “magic number” for gold to breakout.

Gold Update
May 11 (King World News) – Michael Oliver:  Gold’s daily momentum has begun to shift to positive (measuring vs. the 3-day avg.). Those charts were in last weekend’s report. Here we take it up a notch to daily action measured vs. the 3-week average.

Before we get into numbers, it has long been our observation that if a market produces a dramatic but unsustained move in one direction (a false breakout move) and then reverses itself, producing a breakout move in the opposite direction, then generally that second move will be valid. Not a fake- out.

Well, gold certainly produced what for many was an implosion move in mid- March. But then within a couple daily bars that bear trap was sprung and gold returned to $1,700, the old ceiling (but momentum made a higher high in that two day surge). And within a few weeks price also took out that $1,700 level credibly. 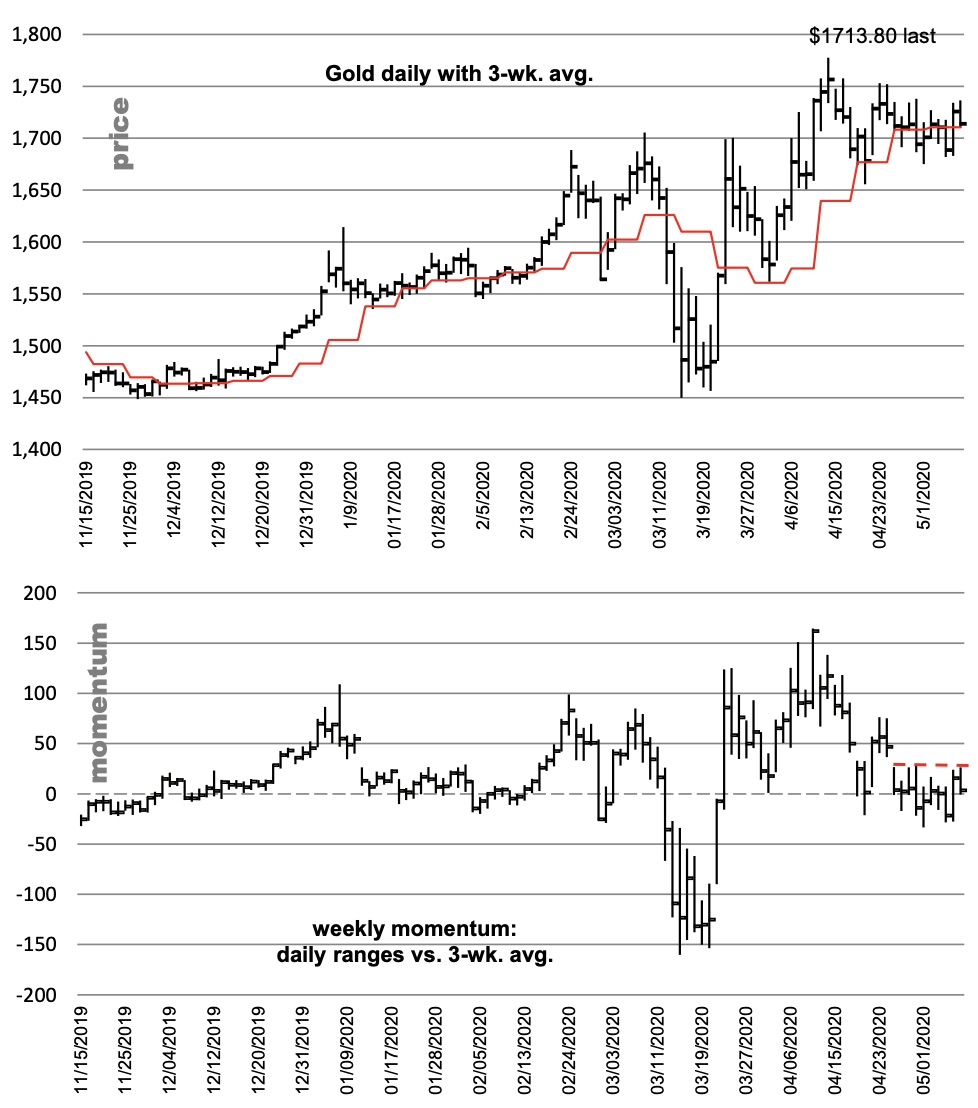 Gold has since cooled off from its overbought resurgence. But the “correction” or cooling-off process, though occupying ample time on the clock, did not produce a downside move of any consequence, only a sideways move. Bears must be frustrated…

The Magic Number
If this week we see a trade up to $1,738.70 (using the June future), that will take out the oscillator highs of the past two weeks (red line on momentum).

And please note that last week was very eventful in the silver market and in the gold/silver mining sector. Silver broke out above both of our monthly momentum trigger levels. We now expect a further sharp recovery in poor man’s gold.

As For The Miners
As for the miners (whether using GDX or the XAU Index), further solid gains were seen since their massive price chart breakout (over seven years of flat highs) during the past several weeks (GDX’s breakout was in reaching 32; it reached up to 35 last week; XAU Index’s breakout was in tagging 115; it’s now at 122). So the gold-related markets that had been lagging the mother metal are now suddenly growing their own backbones and technical integrity. This was only about 7% of the entire report this weekend. To subscribe to Michael Oliver’s MSA annual click here.