Michael Oliver, the man who is well known for his deadly accurate forecasts on stocks, bonds, and major markets, says investors should fade this takedown in the gold market and brace for a major move as the price of gold is going to trade above $8,000 within 24 months.

Michael Oliver at MSA: [Four] weeks ago weekly momentum accomplished enough on the upside to tell us the intent was to turn up out of the corrective process that’s been underway since August (much of that pause/correction in overlapping layers).

Weekly price is now our focus. The channel top has been crowded by the action of the past weeks. Close a week above [two] week’s traded high of $1,904.90 and price will join with its parallel channel breakout.

Note: the channel is defined first via low weekly price chart closes, as circled. Then the channel top begins from the August high—plotted at the same angle of decline as the channel bottom. 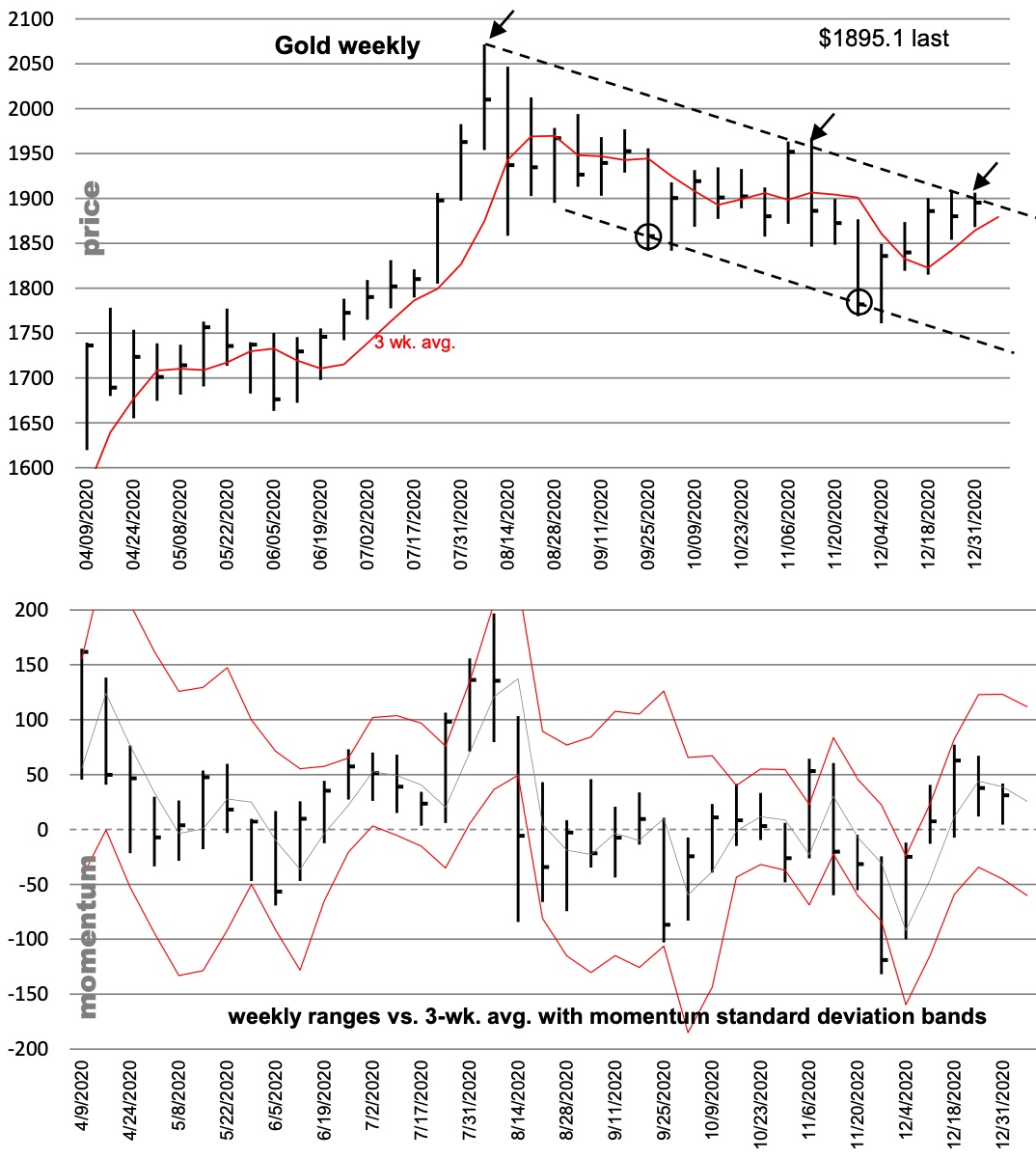 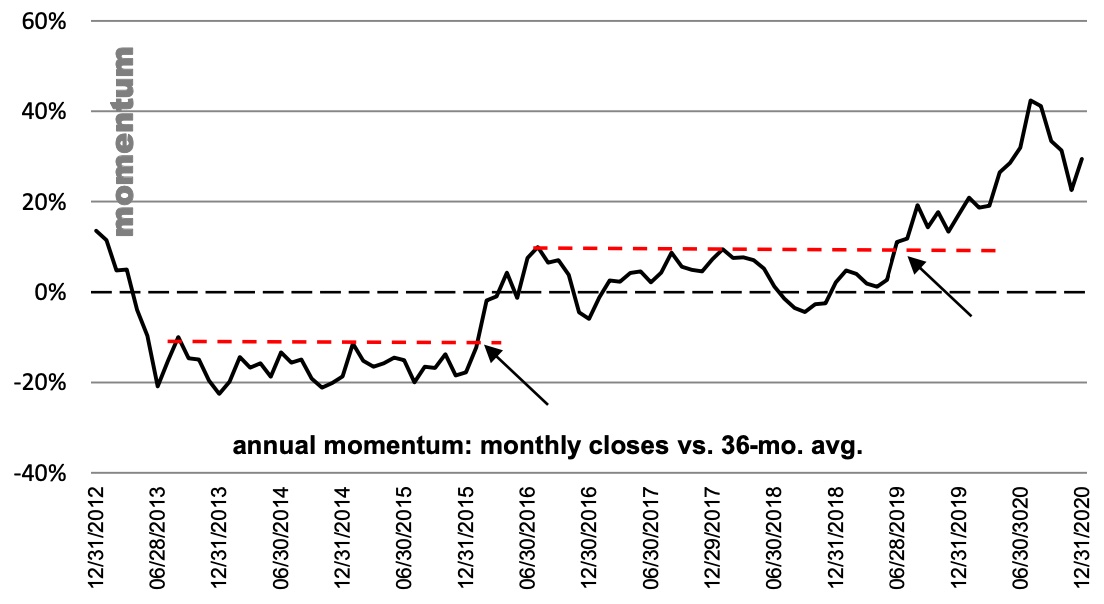 Huge Move In Gold Within 24 Months
Current action is nowhere near any structures that might be vulnerable. In fact, we believe that when gold is ready to top (in 2022 on an approach to $10,000, quite possible), this momentum chart will have developed a clear structure to break down below, and that structure will be close to the market, not light years away. 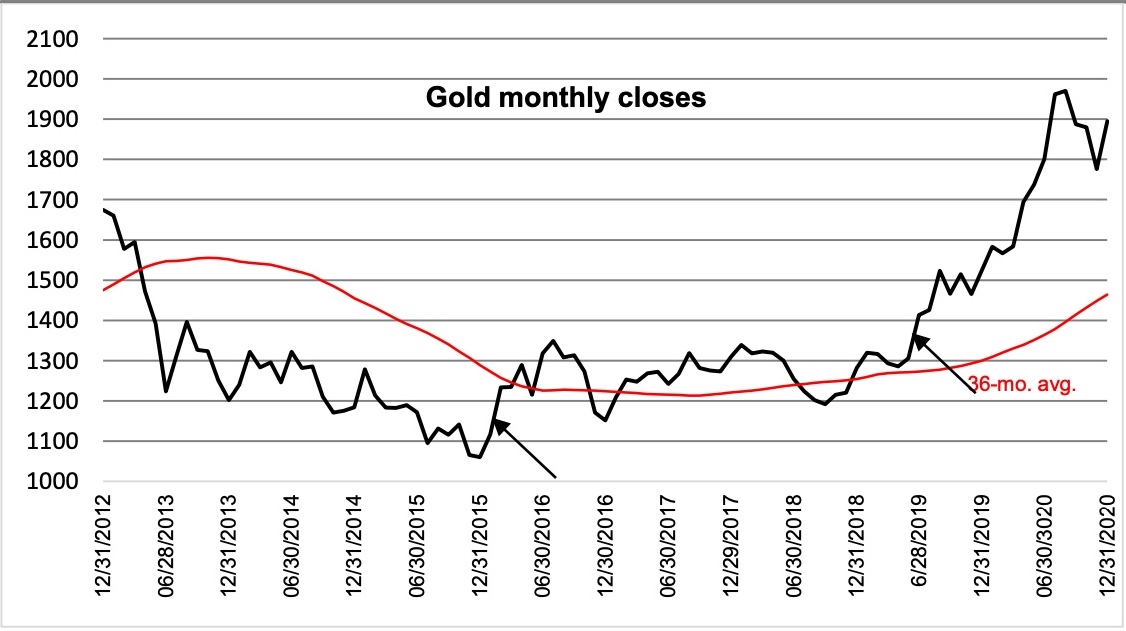 We do not see long-term trend vulnerability now.

The only issue has been the zigzagging corrective process on an intermediate trend basis (weekly action) since August. So watch for that weekly price close above last [two] week’s high (first chart).

Price chart below: Sometimes you need to step back and take in the big vista. Here we have gold in annual price bars from 1971 (four years before COMEX futures started trading) through 2020. No doubt most gold bears out there, and there are plenty, are focused on daily and weekly action. Chronic gold bears need to wake up and smell what they’ve been shoveling. 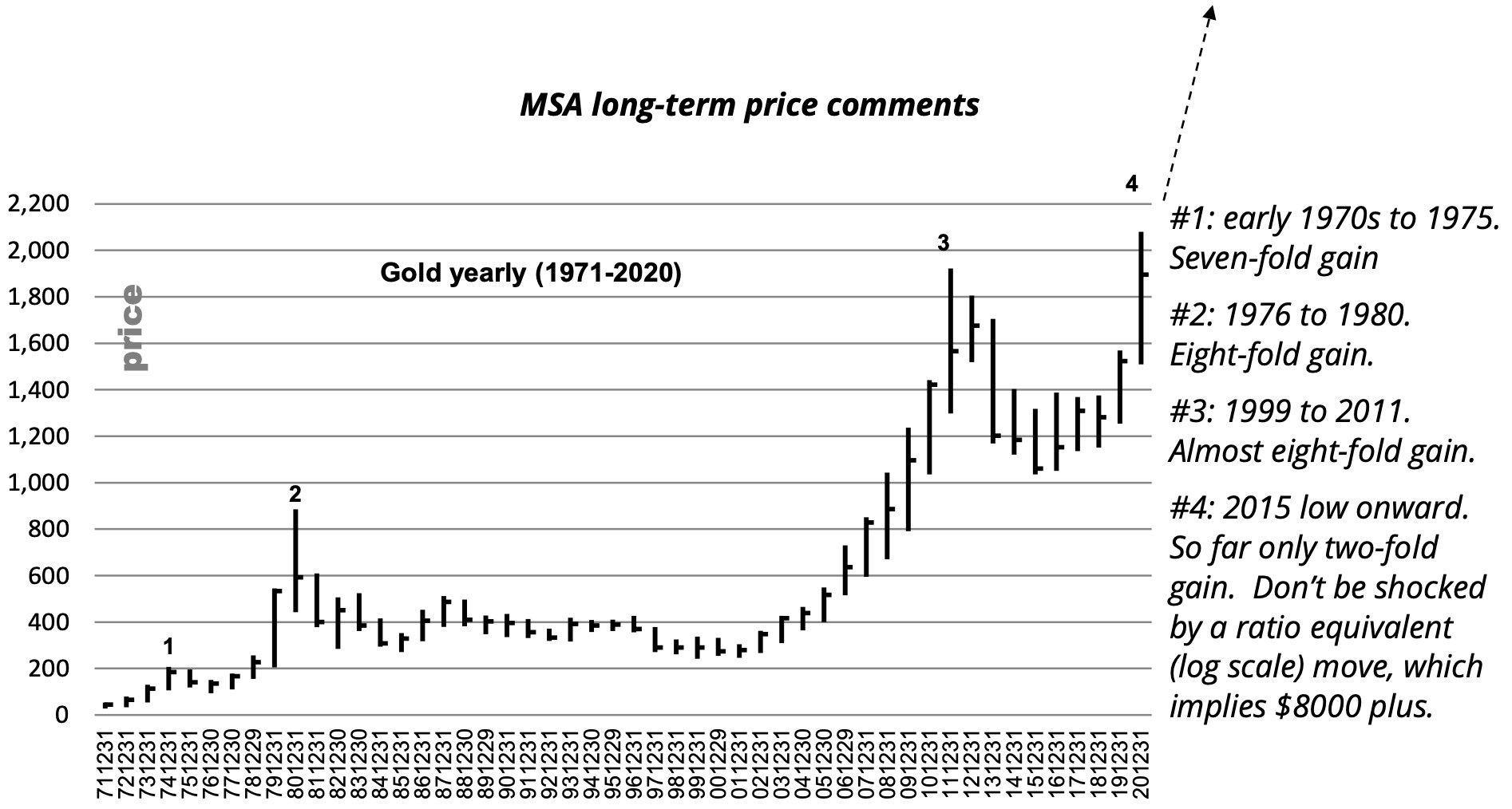 JUST RELEASED: To listen to Michael Oliver discuss the gold and silver takedown and and his remarkable advice about what investors should expect next and more CLICK HERE OR ON THE IMAGE BELOW.