As we continue to kickoff trading for the month of July, here is an important update on what is happening in the gold market.

Gold Short-Term
By Michael Oliver, MSA (Momentum Structural Analysis)
July 5 (King World News) – In the weekend report we showed a 10- week momentum chart of gold (intermediate trend) and argued that it was in its third and final leg of decline since cresting earlier this year, following the massive recovery from the December 2016 low ($1123). We will update that chart in the next week.

As for the long-term trend, our positive view has not changed since February 2016. All swings since have derived from lesser trend factors and do not negate the buy signal that occurred then.

Meanwhile, momentum readings tend to swing from highs and lows in the +30 to +40 zone with lows also that much below the 10-day avg. 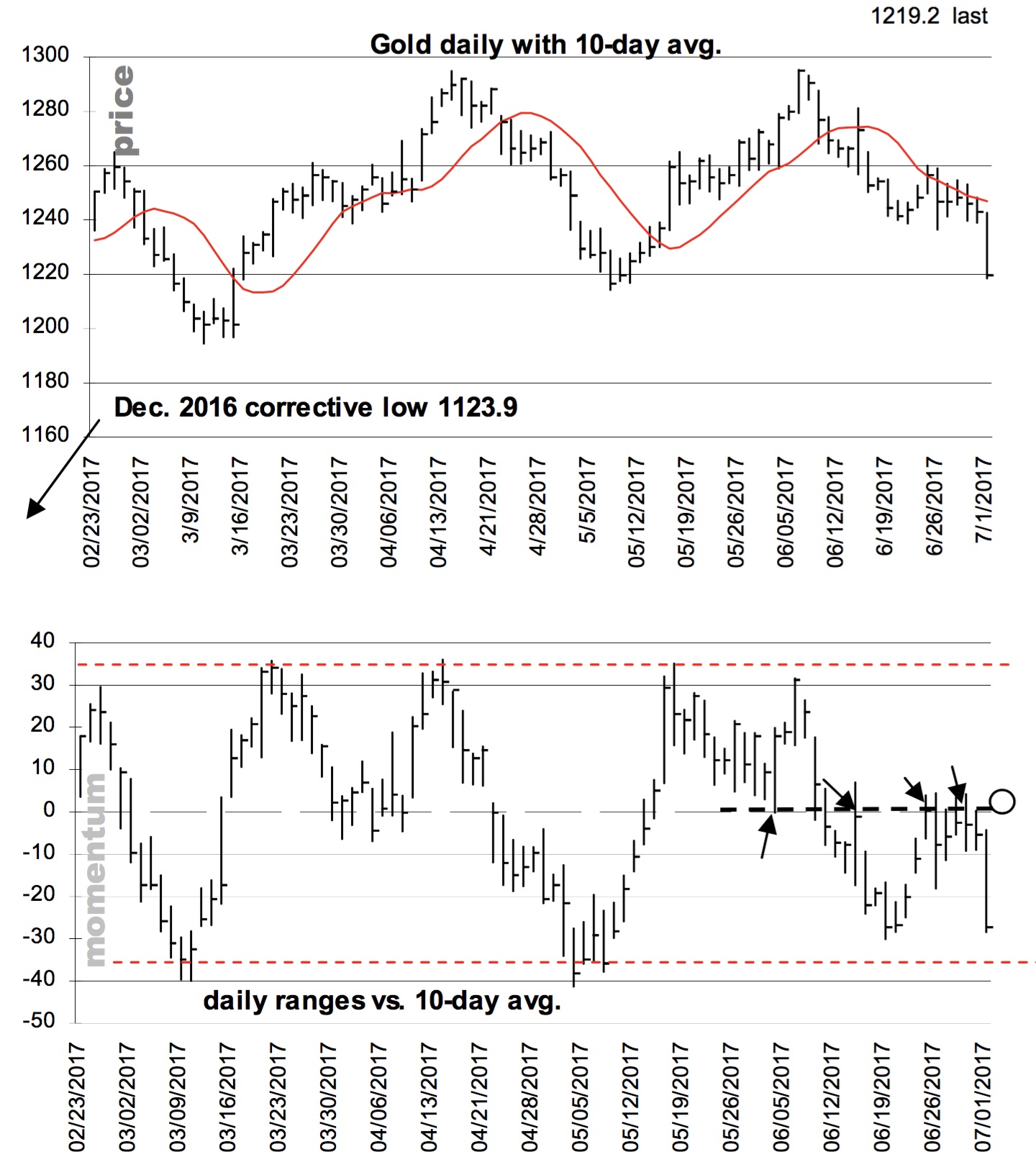 What’s interesting is the pivotal line in the sand that the action since May has created at the zero line, black lined. Was support, then resistance several times in the past few weeks (down-arrows). When gold closes a day over that falling average/zero line, we will have reason to assume game change again.

Here is another short-term momentum chart, the 3-day avg. oscillator, with its momentum SD bands overlaid. We use this indicator to identify short-term oversold or overbought readings. 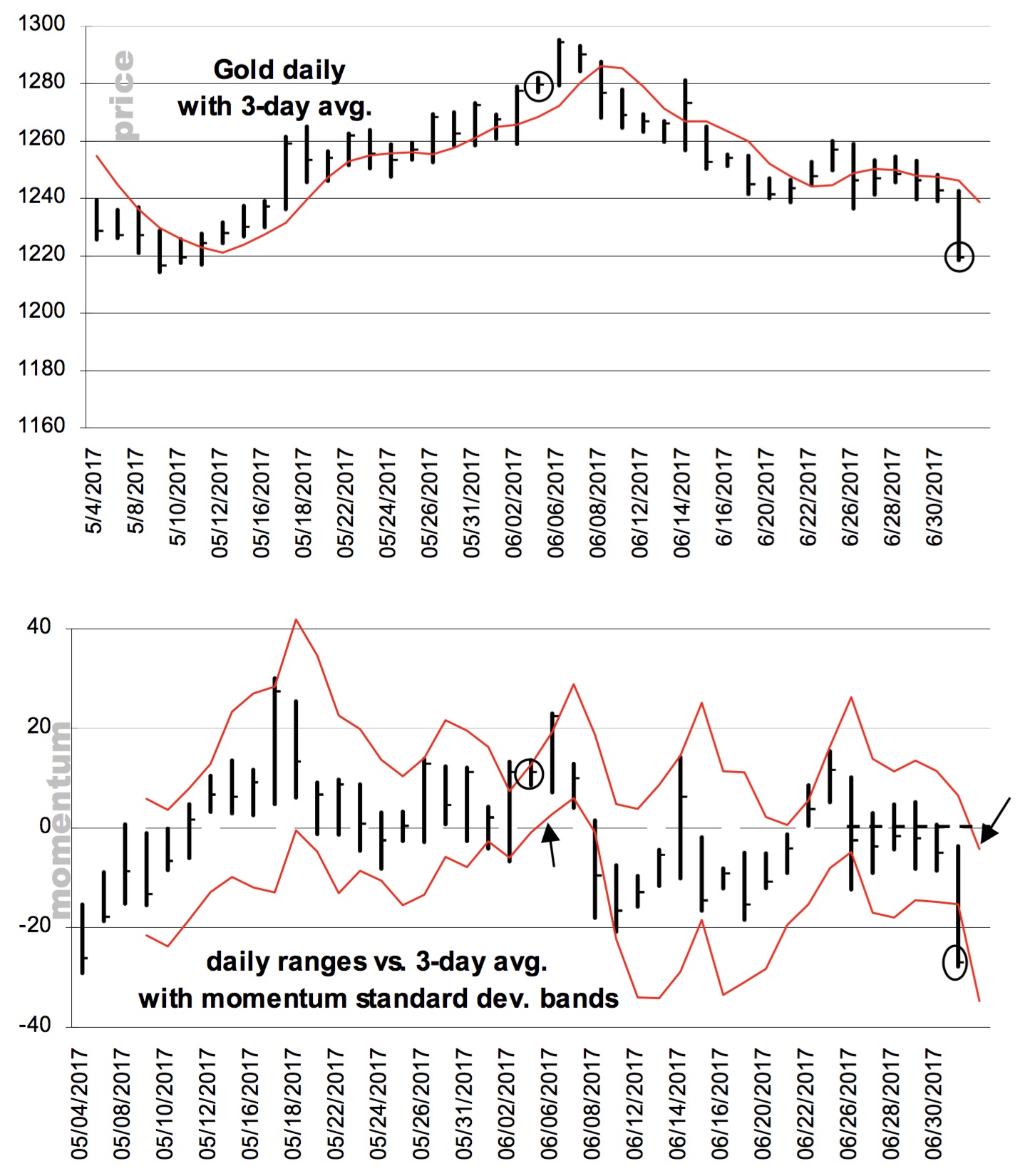 Note the last SD band signal. It was in early June and was overbought. That occurred as of the June 5th close (circled on price and momentum). It drove momentum’s lower SD band over the zero line (up-arrow), applicable for the next day. The rally lasted another day before finally folding.

So while we wouldn’t be surprised by some more downside on Wednesday, this indicator suggests that the near- term downside could be close to wrapping up. Another hint from this momentum chart is the ability to close back over the zero line/3-day avg. Note that the upside bulge of the last several days traded over the 3-day avg./zero line but couldn’t plant a close there. For Wednesday, that average will be $1238.7, and by Thursday probably the $1232 area. Close over it is a first sign of near-term upturn. Closing over 10-day avg. is next and final signal of near-term turnaround.

***ALSO JUST RELEASED: As For Those Fears Of Another Global Economic Collapse… CLICK HERE.