On the heels of the US dollar declining and gold and silver surging, big money is now short the US dollar for the first time in months and this is why that will translate into very big gains for the gold market.

The last two times they flirted with longs in the dollar and then flipped to short, the buck proceeded to rally strongly. Commercial hedgers have underlying exposure to the contracts they’re trading, so while it always seems like they’re fighting the primary trend, they’re not. They’re just constantly adjusting their exposure and should never truly be net short any market. 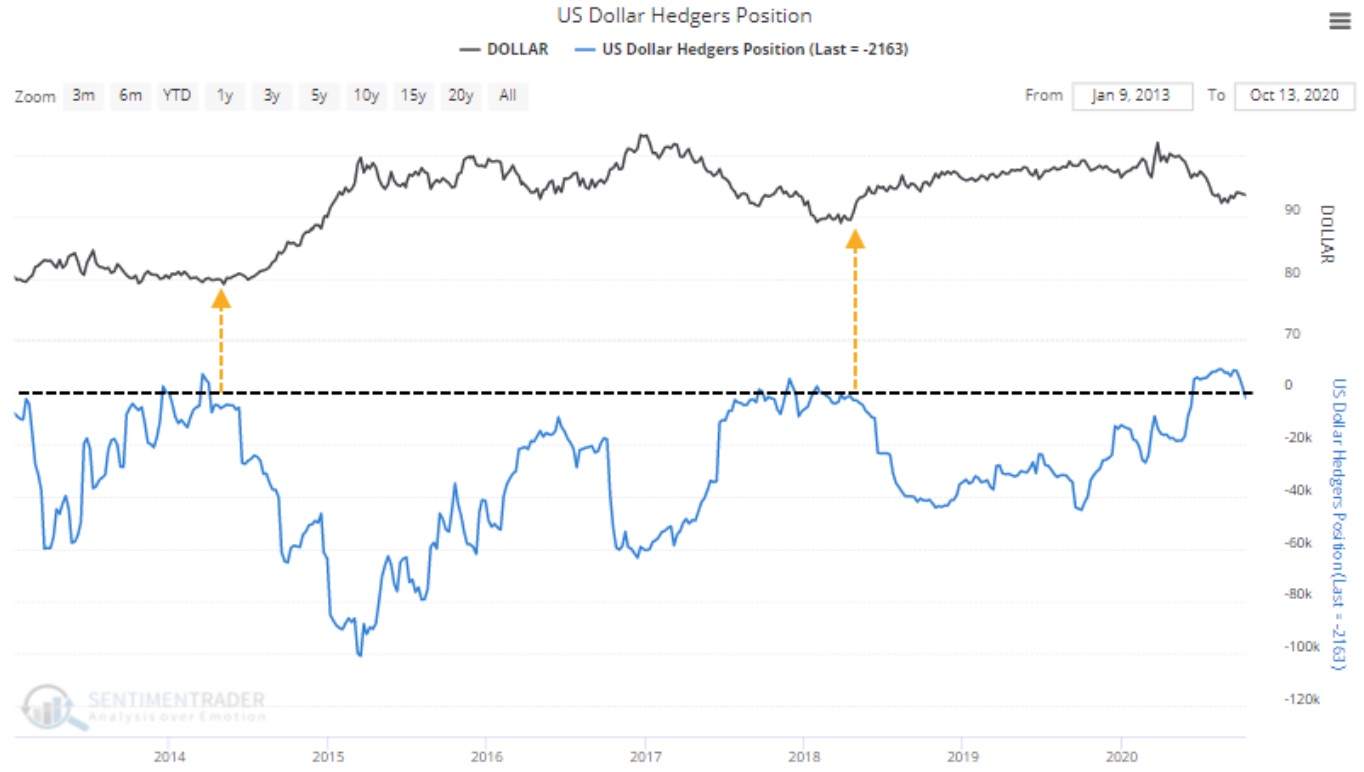 Those last two instances are a bit different from what we’ve seen in recent months because hedgers only flirted with being net long, and not for any more than a few weeks at a time. This time, they were net long for several months…

When hedgers have flipped to net short after at least 12 weeks of being net long, the dollar suffered going forward, thanks to all of the signals triggering during a terrible decade.

US Dollar Bulls Should Be Worried 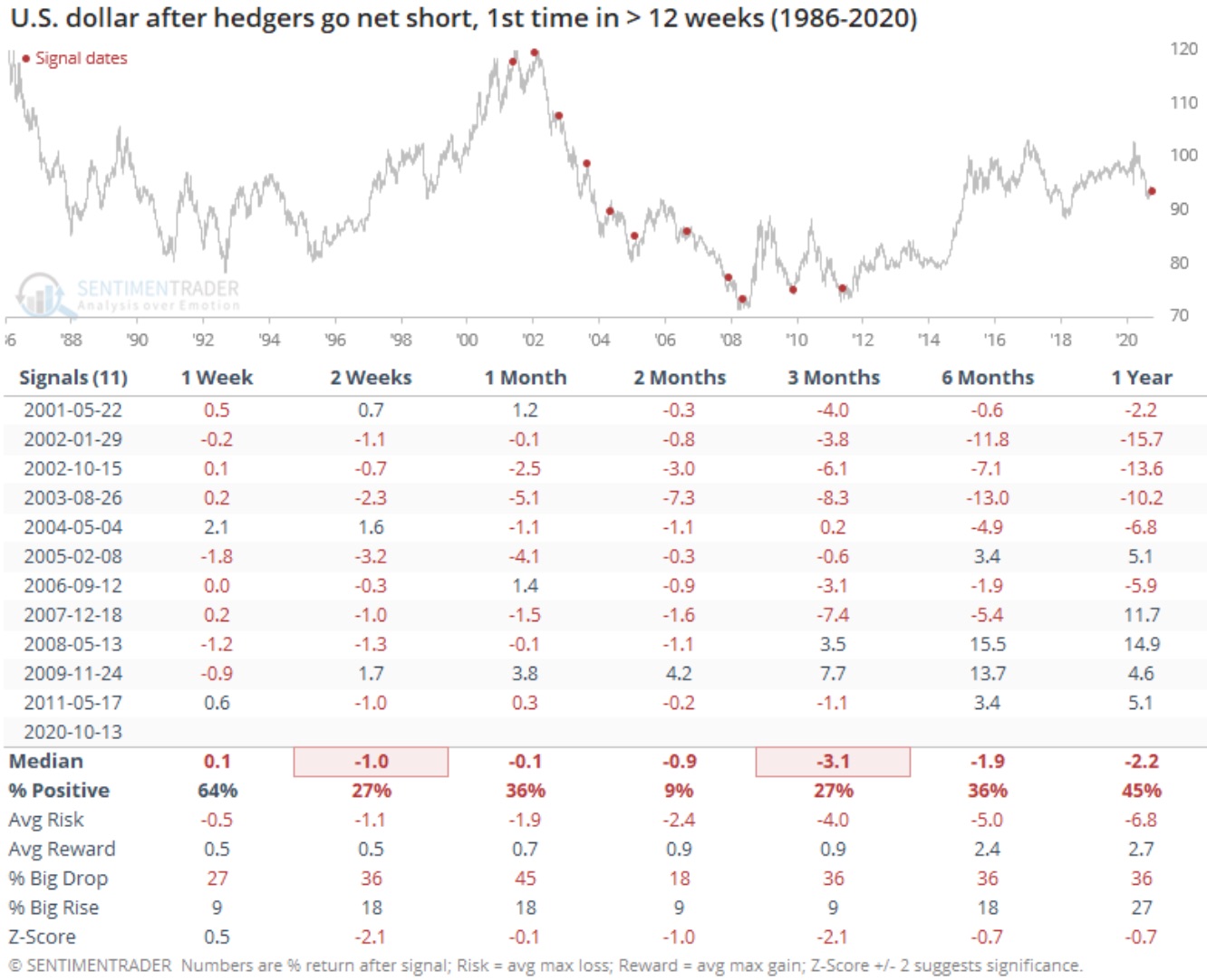 Since all of the signals occurred from 2001- 2011, the dollar had a tough time showing a positive return on almost any time frame. Between 2-3 months, it sported a negative return every time.

Very Bullish For Gold!
While they’re not perfectly inverse, the dollar does tend to influence markets like precious metals. So the weakness in the buck also meant consistent gains for gold. 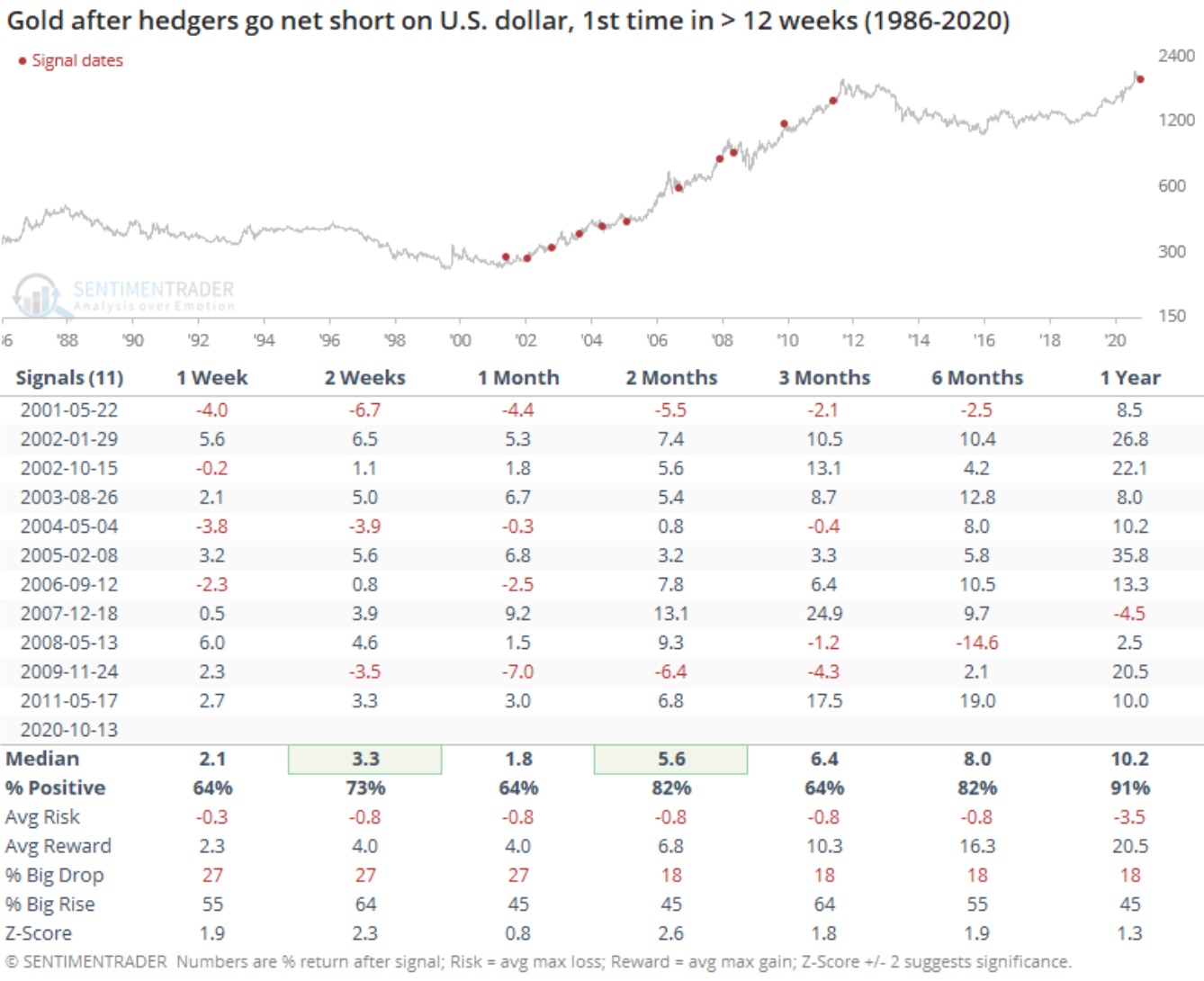 Because these signals triggered during one of the best decades for gold, its risk/reward going forward was exceptional. On average, it suffered no more than a -0.8% loss over the next several months, while enjoying double-digit maximum gains.

This is the kind of work that Jason Goepfert releases that has his service recognized as one of the best in the world. To subscribe to the internationally acclaimeed work that Goepfert produces at SentimenTrader CLICK HERE.