With the US Dollar Index attempting to hold the all-important 88- 90 level, this special report on the gold market was just released: Is a bullish breakout on gold around the corner?

Gold, Not So Heavy Metal
March 14 (King World News) – Top Citi analyst Tom Fitzpatrick:  “Gold posted a bullish outside day on Tuesday near the bottom of the year’s range, suggesting higher levels are likely from here (and making risk/reward attractive for longs).  Initial resistance is around $1,341 (recent highs) and through there opens the way towards the range highs around $1,362 – $1,366. 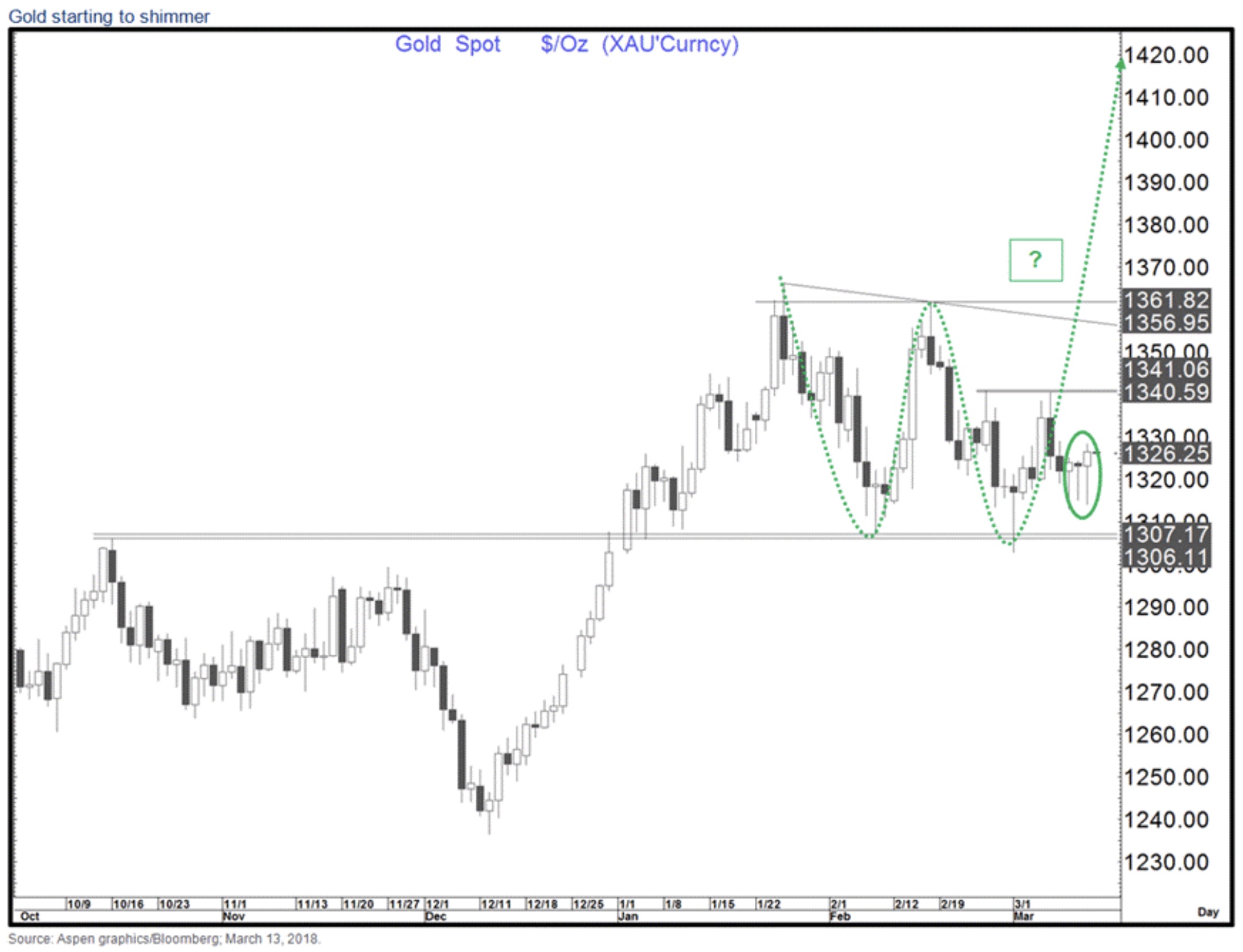 Gold has essentially become a US dollar trade.  Given our broader US dollar bearish view, the potential then is for a break above the range highs.  If seen, this would also confirm a double bottom targeting $1,417 (confirmed with a close above the neckline at $1,362) and potentially much more over time ($1,500).

This development remains a work in progress but important levels on gold are now coming into focus, especially if the US dollar downtrend is resuming…

The $1,306 – $1,307 area has continued to be pivotal and gold quickly bounces off the area as seen by the series of blowout low candles that develop whenever gold drops below $1,320.  Another similar candle took shape on Tuesday while also becoming a bullish outside day at the recent trend lows, a bullish sign.

Overall we would expect a sustained bounce from here towards initial resistance around $1,341, the recent highs.  Through there then opens up the way towards important levels which begin from $1,362 – $1,366 which includes the neckline of a potential double bottom and the recent trend high.  A sustained break above there confirms the double bottom which then targets $1,417.

Is A Major Bullish Break On Gold Around The Corner? 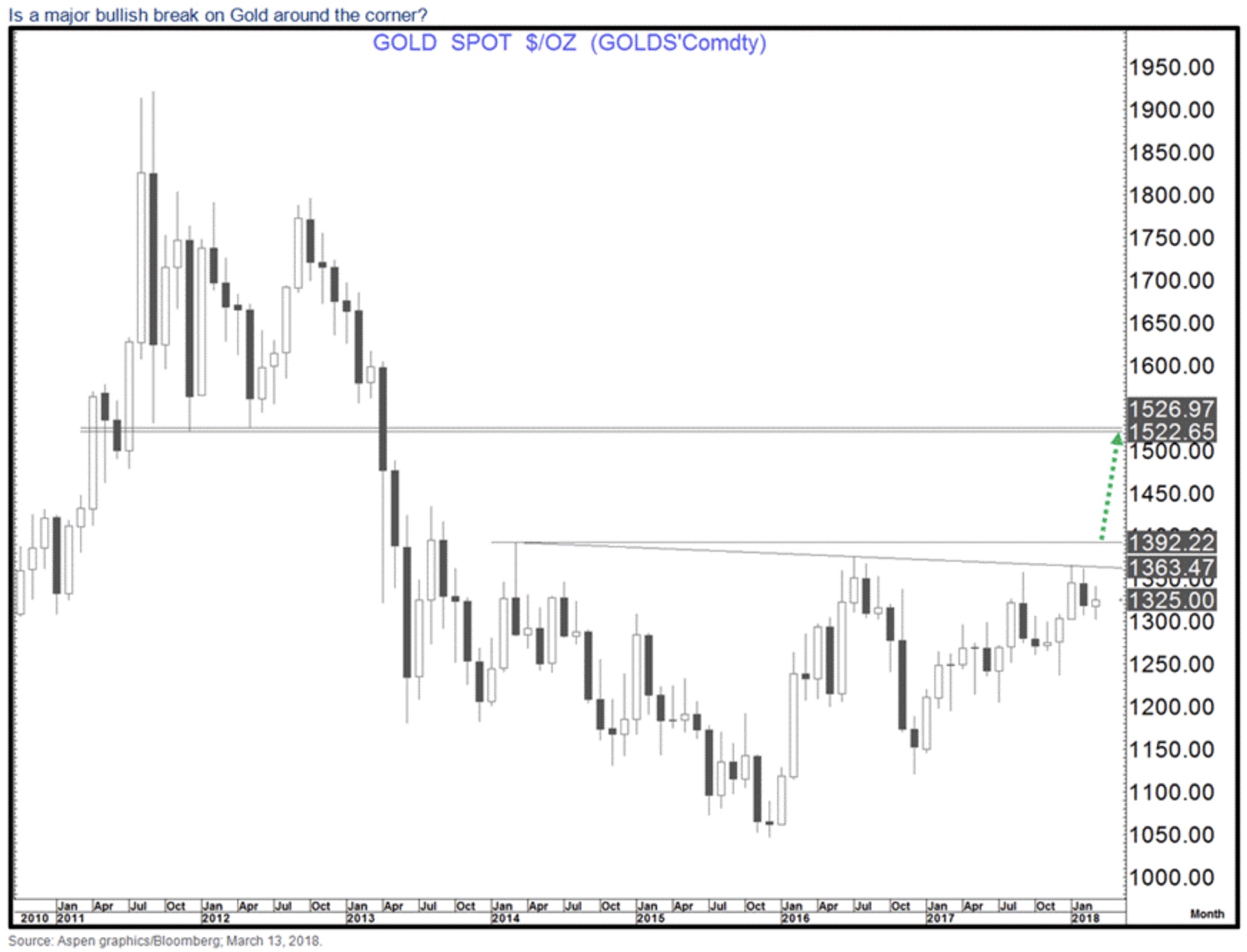 Achieving the double bottom target may prove difficult as the $1,360 – $1,392 has marked the high on numerous gold rallies.  But should gold complete the potential double bottom and break above this region of resistance, it would be decidedly bullish and open the way for a re-test of the $1,523 – $1,527 area (series of lows from late 2011-2012, the break of which led to a severe bear market in 2013). (see chart above). 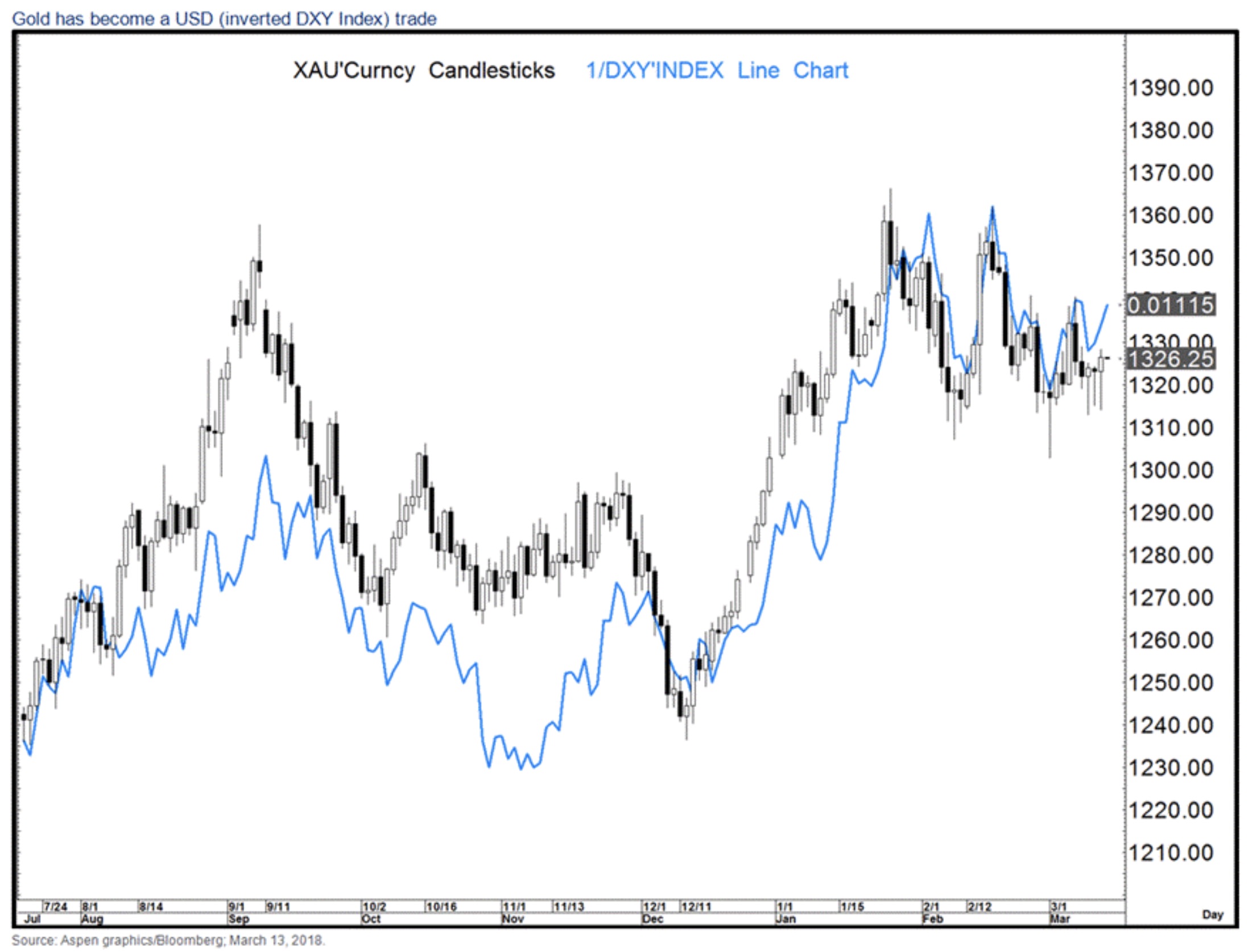 Levels To Watch In The US Dollar Index 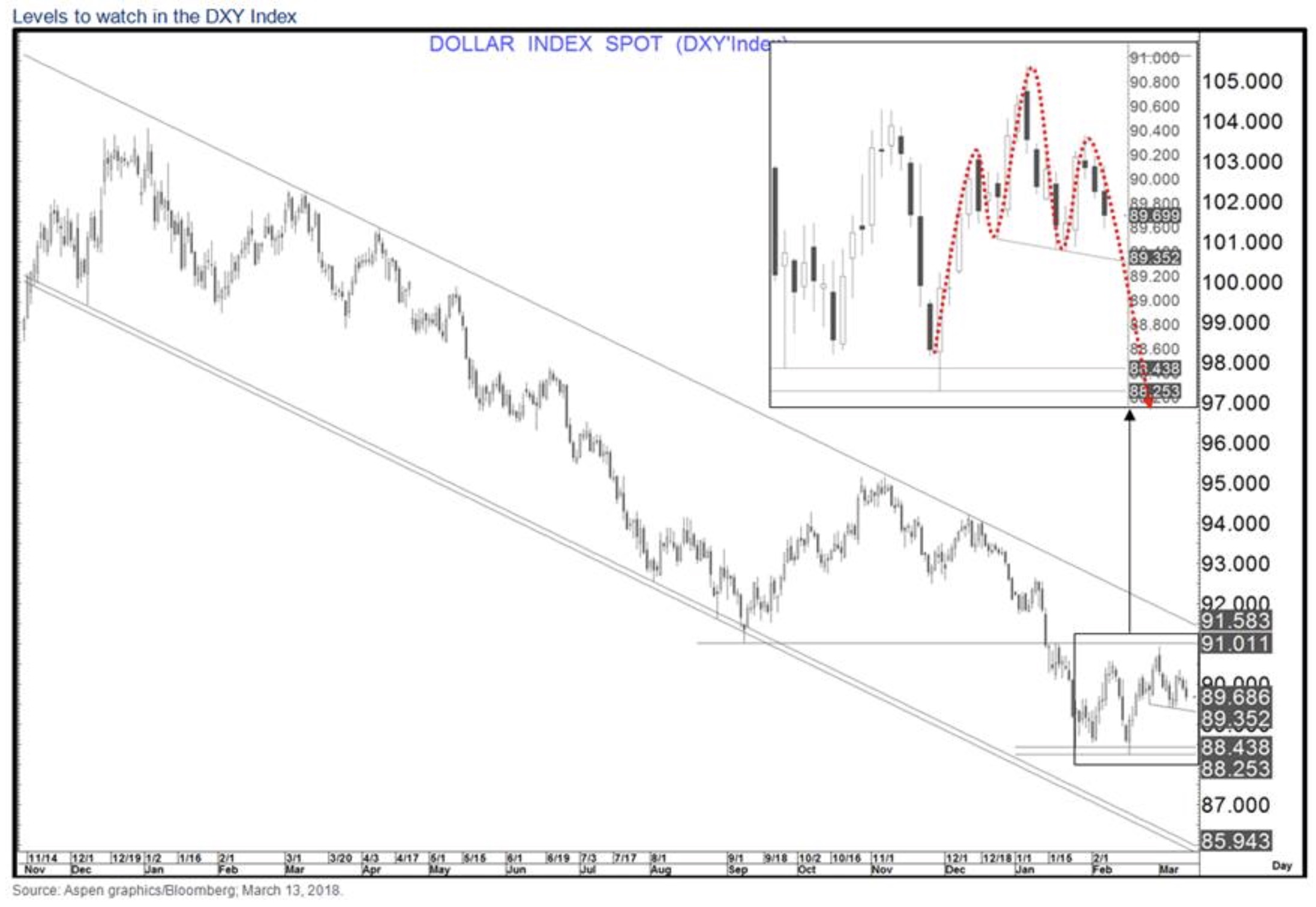 Why I Bought 400,000 Shares Of This Gold Exploration Company

Eric King:  “I’m a shareholder (purchased 400,000 shares so far in the open market) of your company (symbol TORQ in Canada and TRBMF in the US).  I know the insiders have been buying as well and can’t seem to get enough of this stock.  You guys are not in this for a double or a triple.  When I see you guys (insiders) buying this aggressively (over 2.5 million shares of insider purchases recently), you’re looking to make 5X or 10X your money.”

Michael Kosowan, CEO (insider):  “You are right, we don’t look at making 20% or 30%.  The large insider shareholdings means that we are really looking to monetize to a larger entity.  Our vision is to build these assets and get to over $10 a share (roughly 17X higher than the current price of 60 cents!)…To learn more about which gold exploration company insiders have been buying like crazy CLICK HERE!

***Also Just Released Alert: James Dines – This Is One Of The Most Hated, But Greatest Investment Opportunities In History CLICK HERE

Inflation Is Only Getting Worse, Take A Look At This…