Today one of the greats in the business warned a new black hole in the financial system may be forming.

Black Holes
March 22 (King World News) – Danielle DiMartino Booth at Quill Intelligence:  We know what happens when a star is born. But what about its demise? According to NASA, a black hole is born of a star’s death – “a place in space where gravity pulls so much that even light cannot get out.” While Albert Einstein predicted the existence of these enigmas and American astronomer John Wheeler coined the term “black hole” in 1967, it wasn’t until 1971 when one was first spotted, and 2019 that the Event Horizon Telescope finally captured an image. Of the three types — stellar black holes, supermassive black holes and intermediate black holes – the first is the most powerful. Stellars occur when larger stars collapse squeezing mammoth matter into a tiny space. These monsters pack more than three times the mass of the sun into the diameter of a city (!).

Such was the force generated by the collapsing financial system in the aftermath of the Great Financial Crisis (GFC), what remained of central bankers’ common sense was sucked into a gravitational field. In July 2009, the Swedish Riksbank was the first to adopt a negative interest rate. Such was the magnitude of the debt created to resolve the underlying condition of speculative-driven over-indebtedness at the turn of the century, endeavoring to coerce even more debt creation to address the GFC, that the madcap notion of negative interest rates was hatched.

Even as laypeople watched in horror as banking systems were decimated, central bankers forged on. The gravity of negativity created a financial black hole. In August 2019, negative-yielding sovereign debt had doubled in the space of nine months to $16.8 trillion (blue bars). 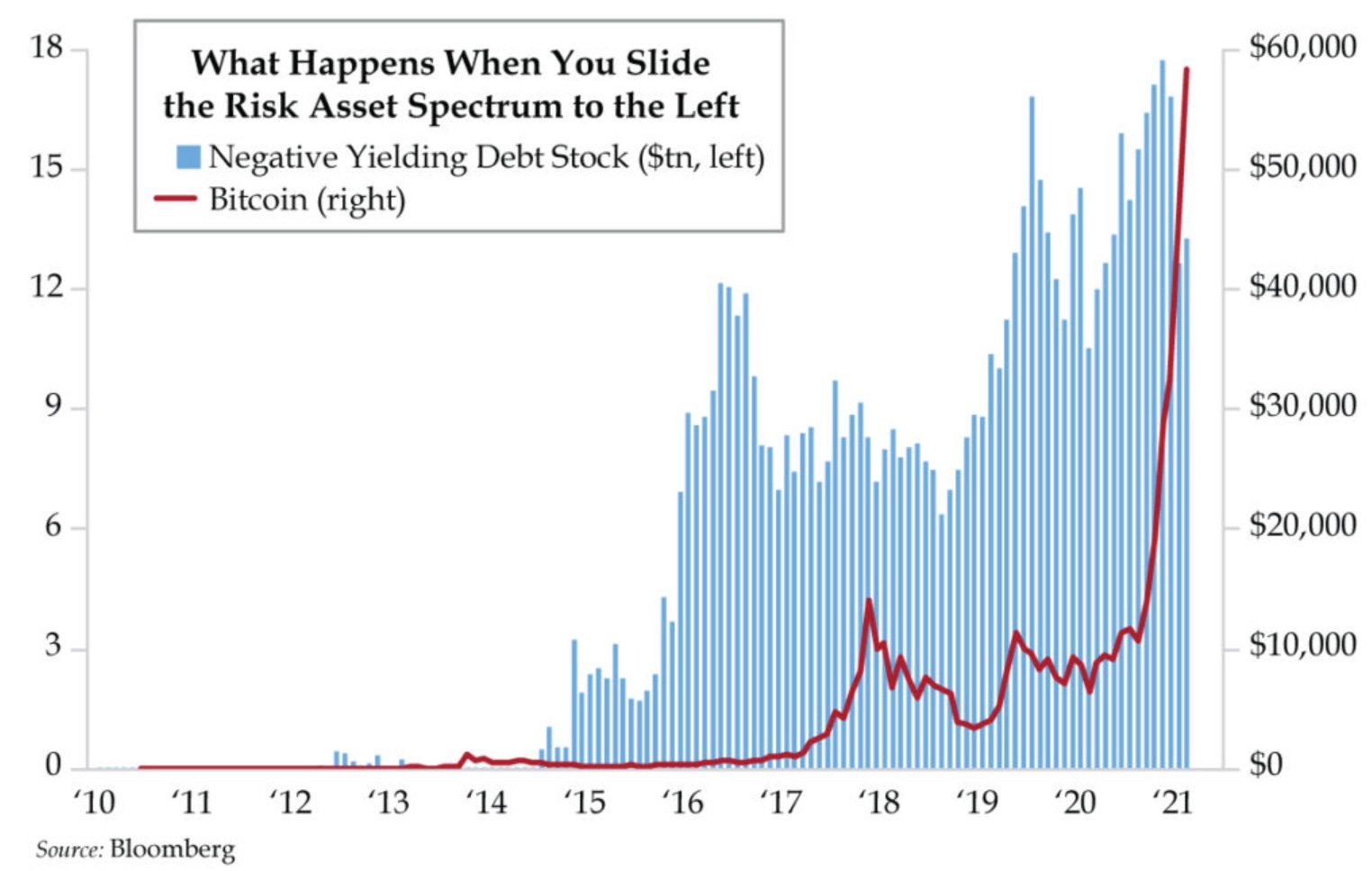 To mark what proved to be an interim peak, the Financial Times wrote an account of the movement noting that, “Including Japan and the eurozone, countries that account for almost a quarter of total global output now have central banks with policy rates set below zero.”

The fiat police came out in full force as conjecture grew that upon the event of the next global emergency, the mighty U.S. Treasury itself would succumb to negative rates care of a Federal Reserve with no other choice but to submit. King Dollar would be in grave harm….

Of course, that’s not how events unfolded after the black swan of the pandemic catalyzed central banks into action…again. The Fed had planned ahead and was prepared to avoid negative rates and a new debt crisis by deploying unchecked Quantitative Easing and bailing out the corporate debt market, the combination of which sent money rushing back into risky assets worldwide. Disaster averted, debt issuance worldwide set such a fevered pace that by the end of last year, negative-yielding sovereign debt had taken out its 2019 high, hitting $17.8 trillion. The black hole at the epicenter of the financial system had clearly not claimed its last bit of matter.

There is, however, the financial system’s version of anti-matter. Per Space.com, “Sometimes, as matter is drawn toward a black hole, it ricochets off the event horizon and is hurled outward, rather than being tugged into the maw. Bright jets of material traveling at near-relativistic speeds are created.” That. Is. Bitcoin.

In late 2017, negative-yielding sovereign debt of $9.2 trillion suggested double-digit territory was an inevitability. As things turned out, that line was not crossed for another year and a half. That said, the scare coincided with Bitcoin’s near doubling to its December 2017 high before falling back (red line).

An initially tough-talking Jerome Powell taking office sent the symbolic refutation of monetary madness sinking to an 18-month low in January 2019. But as we know, Powell was obliged to pivot that same month as the magnitude of the corporate bond market rot was laid bare.

Bitcoin hasn’t looked back since. Each moment that sent Powell and his central banking peers closer to being pulled into the financial system’s black hole of negativity sent the cryptocurrency higher…until the blue wave that swept through the state of Georgia, that is. That moment marked a nascent break in the relationship between Bitcoin and negative-yielding sovereign debt.

More than $3 trillion has been shaved off the mountain of sovereign debt. The past co-movement between the two suggest Bitcoin would have declined in suit; instead it’s more than doubled.

Dr. Gates postulates since neither negative yielding debt nor Bitcoin existed prior to the last decade, the relationship between the two is still evolving: “It’s not only the 18-month lag in Bitcoin’s runup vis-à-vis the negative debt ramp-up; it’s that the second Bitcoin wave expanded exponentially compared to the first one. The chapter for Bitcoin following December 2020’s near $18 trillion negative-yielding peak has yet to be written.”

At QI, we’re somewhere in the middle of the inflation/deflation debate. We don’t deny the near-term sources of inflation are real – input price squeeze (that’s not abating); insane shipping and freight costs; and now services inflation fueled by stimulus spending expressly crafted to spur consumption. Recessionary levels of permanent unemployment are, by the same token, undeniably disinflationary. 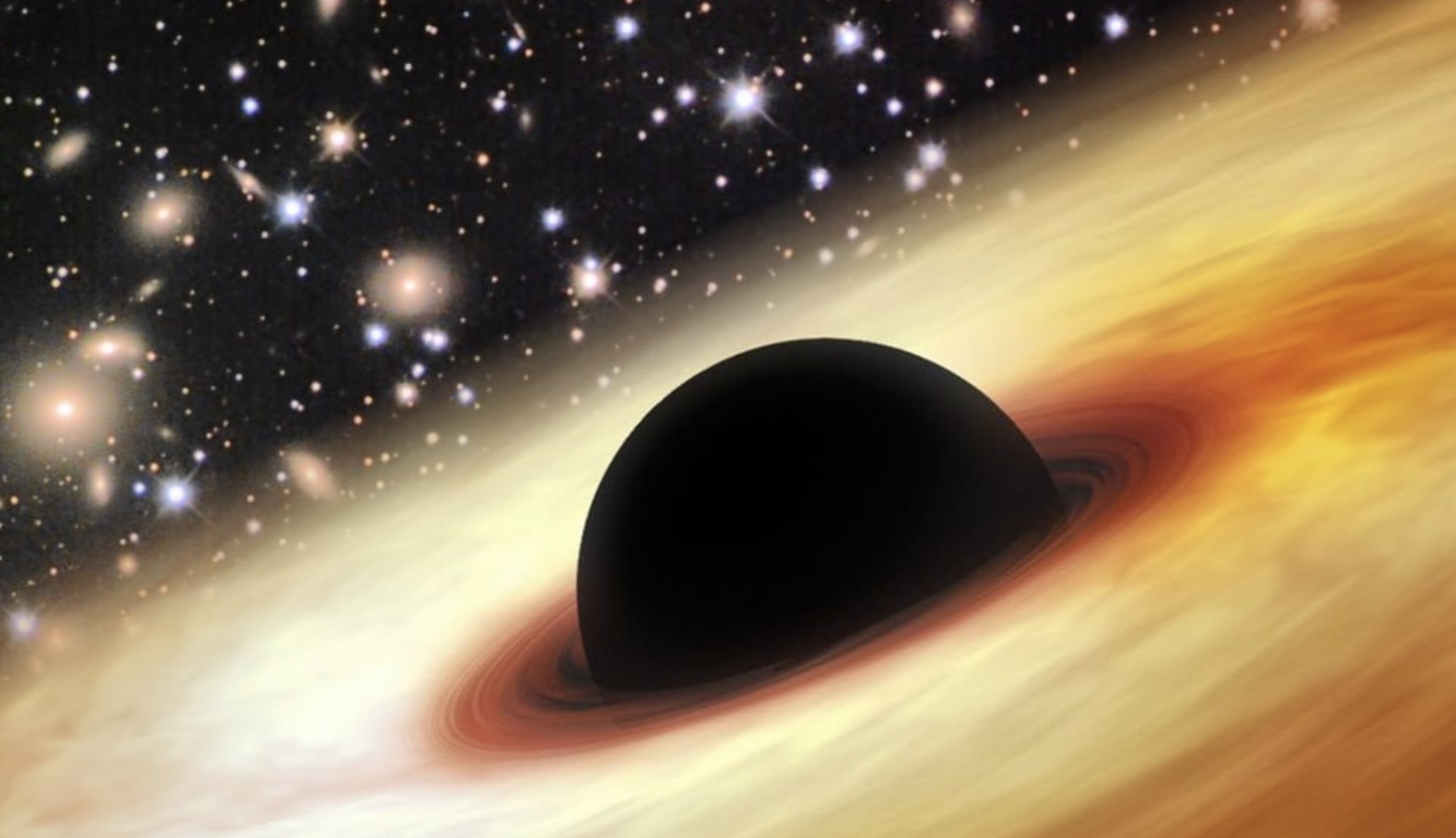 A New Black Hole
Our contacts inside the Beltway say that another $3-4 trillion in deficit spending could be legislated under the auspices of “COVID-19 relief,” which will be sold as infrastructure but designed by the same politicians beholden to bringing the bacon home. If that’s the case, inflationary pressures will not be subsiding, breaking a decades-long pattern of head-fake-inducing scares. A new black hole in the financial system may be forming.

To listen to one of the best audio interviews of 2021 with Matthew Piepenburg CLICK HERE OR ON THE IMAGE BELOW.

To listen to Alasdair Macleod discuss the gold and silver markets and what to expect next CLICK HERE OR ON THE IMAGE BELOW.