Look at who just said gold will hit $1,850+ before a real correction takes place, plus shades of March 2000.

Shades Of March 2000
January 13 (King World News) – Jason Goepfert at SentimenTrader:  “Last week, y’all bought to open 21.6 million speculative call options. That’s the most *ever*. Your previous record was 19.7 million during the week of Jan 26, 2018. Your total bullish / bearish volume was the most since March 2000. So…wow. (See below). 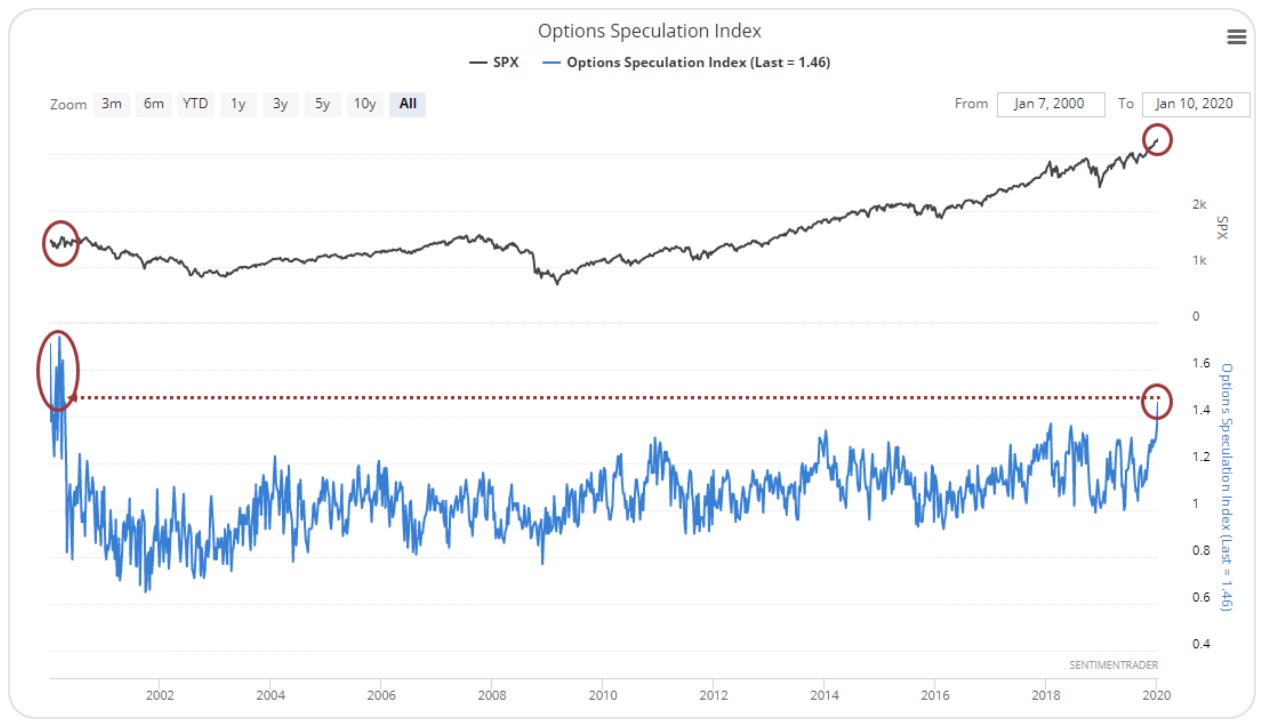 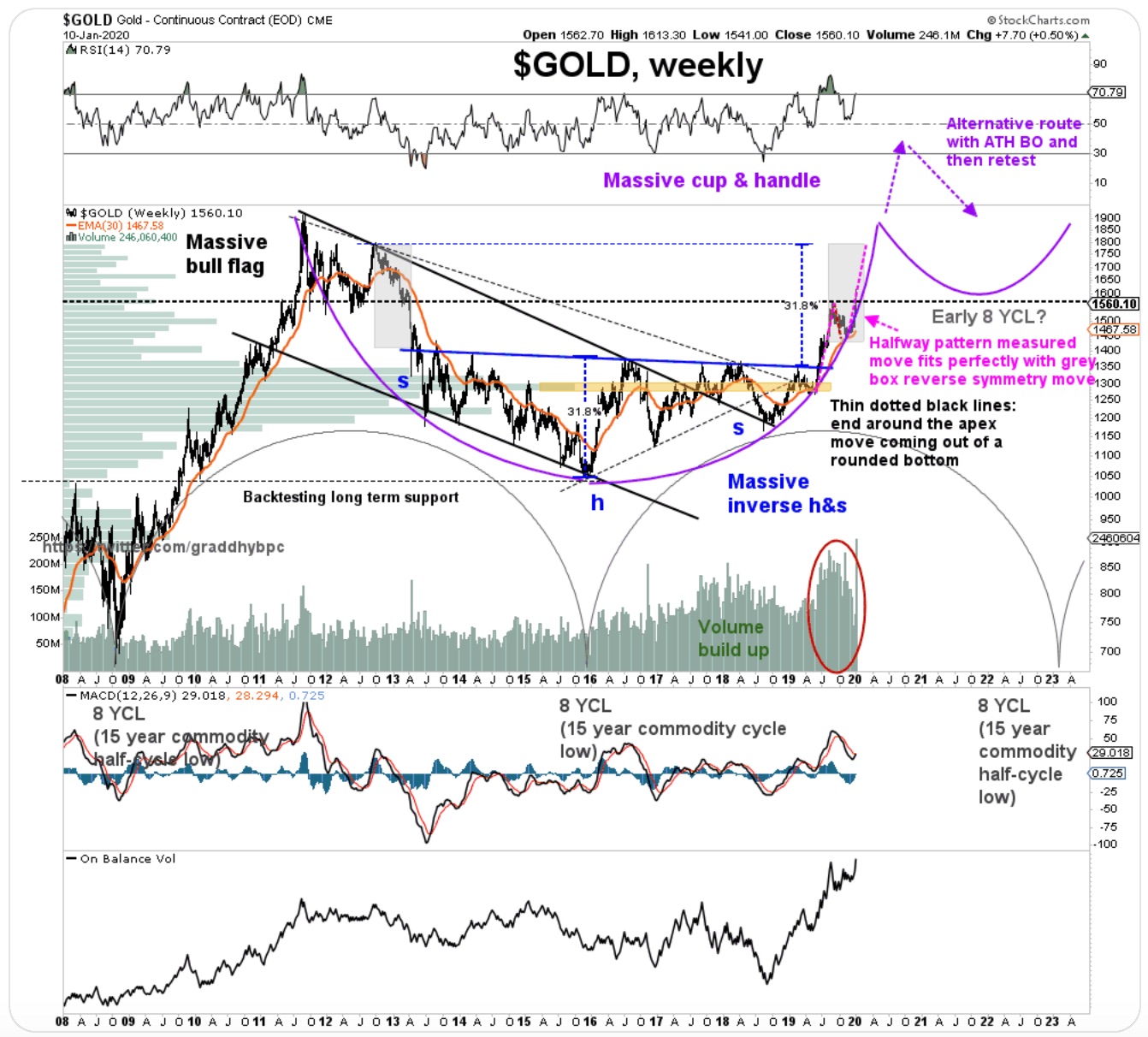 Gold To Re-Enter Long-Term Channel
Eric Pomboy:  “For Gold to re-enter long-term bull channel, Net Commercial Position would necessarily explode to around -600k contracts…suggesting much higher Gold price ahead. $1850+ before a real correction/consolidation would not be out of the question under such a scenario (see below).

Pomboy Looking For $1,850+ Gold Before A Real
Correction/Consolidation Takes Place 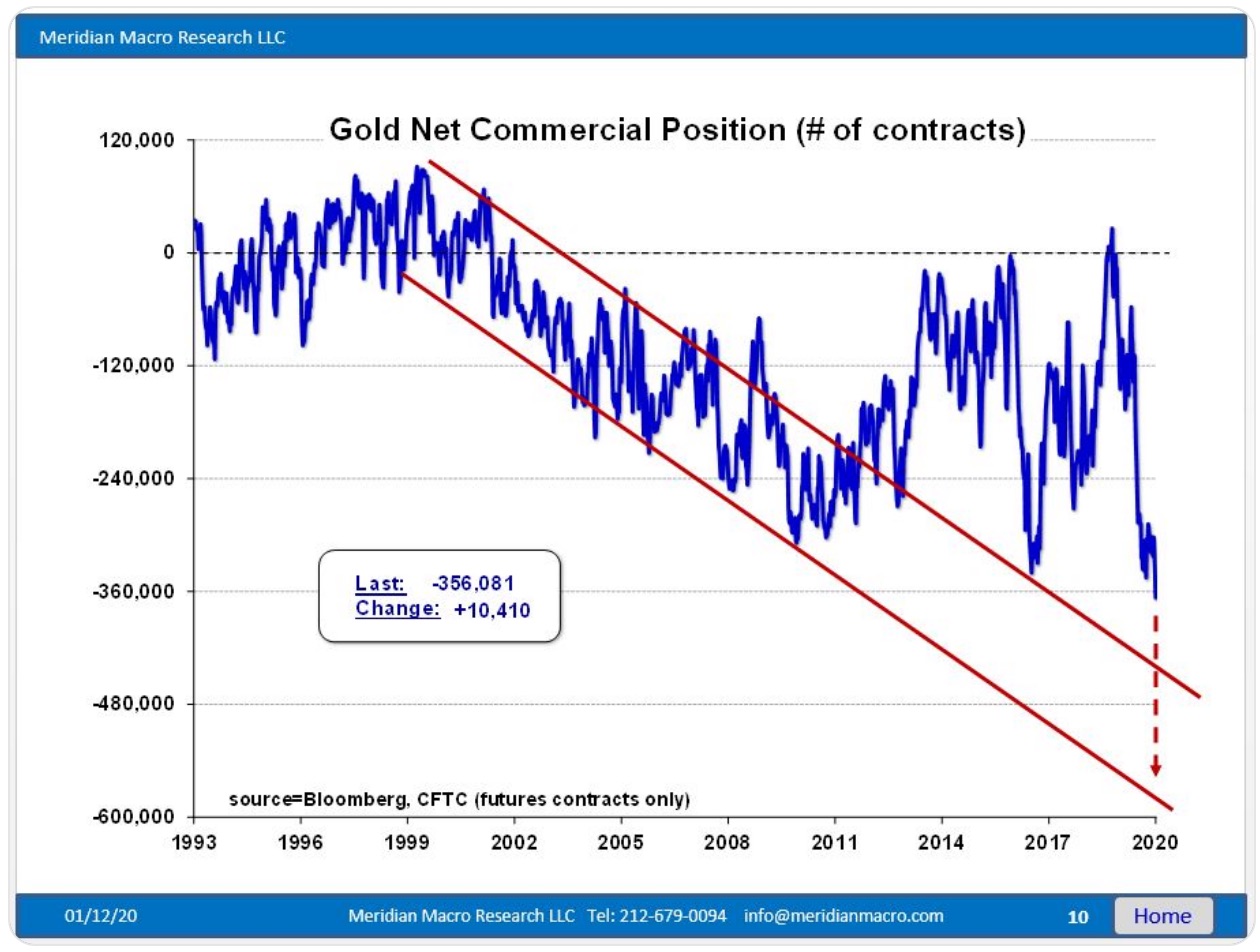 EXCLUSIVE: Alasdair Macleod – Why A Big Correction In Gold & Silver Will Not Happen And Despite Pullback, A Spectacular Short Squeeze Will Unfold Because Of This Game-Changing Market Shock