China’s Nuclear Option
June 21 (King World News) – John Ing:  Investors fear that China’s nuclear option of dumping their $1.1 trillion worth of US Treasuries will cause an increase in rates and plunge America into a fiscal crisis. China has been gradually reducing its Treasury exposure. Investors are misguided, not in the dumping of debt, nor in the increase in rates but that China’s real nuclear option is to weaponize the renminbi’s exchange rate and let the renminbi slide which would spark a competitive currency war. Ominously, the renminbi has reached a six month low, threatening to break “seven”, (RMB 7 per dollar) a level of weakness reached in the financial crisis in 2008.

To be sure, a Chinese devaluation would lessen the tariff blows by making their exports more attractive. But devaluation is not a zero sum game since every other exporting country would be compelled to follow suit and devalue their currency to maintain exports in a race to the bottom. Devaluations would also lead to an outflow of foreign money seeking a safe-haven.

Of concern is that a beggar-your-neighbor devaluation helped turn the depression in the 1930s into the Great Depression as one country after another pushed its exchange rate downward, in an effort to export its way out of the depression. Then the major economies introduced draconian tariffs that slowed the global economy and the descent into protectionism put the “Great” into the Great Depression. In the end, no one had an advantage.

Currently, the US dollar enjoys a period of strength as a safe-haven among the tariff wars. However, there are growing concerns that the dollar is a crowded trade. The implications are far reaching. The global monetary edifice is founded on a strong US dollar that has led to lower inflation, strong US exports and manufacturing.

What would happen if that came to an end? A currency cold war could change that. The fight with China started with trade deficits but could end with China moving its free floating currency lower. The US would have to follow as would the world’s other currencies in rounds of competitive devaluations, reminiscent of the Great Depression.

In The Beginning, There Was Gold
Also in the Thirties, the gold standard broke down as countries engaged in rounds and rounds of competitive devaluations. Subsequently in the 1940s the Bretton Woods system established a new multi-lateral international monetary system with rules, the World Bank, and procedures to regulate commercial and financial relations among 44 countries. The US dollar was tied to gold, becoming the benchmark for which other currencies fixed their exchange rate. However, that ended in 1971, when President Nixon devalued the dollar and severed the gold link between the dollar and gold. Currencies then floated, deficits soared and the US went on a spending spree helping cause the worst inflation in recent history. Gold went from $35 an ounce to more than $800 in the next decade. We believe that the present dollar exchange system of floating non-convertible currencies is ending. Without confidence in the dollar, the world has no valid reserve currency. Today we have come full circle but this time, a return to a gold standard might not come soon enough.

At the very least, a gold standard is the logical solution to take control of the money supply away from the central bank and a new Bretton Woods-style agreement replacing the current flexible currency regime with an asset backed currency, like gold is needed as part of a new monetary era. Ironically, Mr. Trump in stacking the Federal Reserve with nominees of whom he supports, some are sympathetic to a return and discipline of a new gold standard.

A Golden Life Preserver
A third of America’s hefty government debt is financed by foreign investors which needs to be continuously rolled over. The United States is running a huge risk relying on the sustainability of their profligacy. Rather than dump their $1.1 trillion of Treasuries, as Russia has done, China, the largest foreign creditor to the US government could easily abstain from regular auctions because they already have too many dollars. They are sitting on the world’s largest stockpile of foreign exchange reserves at $3.1 trillion dating back when the Peoples Bank of China (PBoC) bought dollars from their exporters in exchange for renminbi to avoid appreciation of their currency. However that ended in 2016, when China surpassed Japan as the largest foreign holder of US debt.

Today after a sequence of events beginning with the wars in the Middle East, continuing with the Trump tariffs, sanctions and unilateral abrogation of agreements, America’s allies no longer trust the United States. What damages trust in the US, damages the whole world. Investors are left wondering whom they could trust. The US government must borrow $1 trillion to finance its widening deficit and without China and foreign investors, the government would need to offer higher rates. Of concern is that a $27 billion auction of 10 year notes almost failed as covered bids were only 2.1 times the amount offered, the lowest coverage since March 2009. With total debt at $22 trillion or 100 percent of GDP, who will buy America’s debt? What happens if China decided to follow Russia and unload its hoard of $1.1 trillion of Treasuries? What if the Fed were to hold another bond auction and nobody showed?

Notably, China’s absence this time is a warning. We also believe a trade truce is unlikely to change the political calculus in Washington. The United States is divided, its currency is vulnerable and dependent upon the international community to tolerate a very unhealthy balance of payments. Under these circumstances, two-thirds of the world’s assets are denominated in a fiat currency issued by a profligate country set on debasing their currency. We thus believe current Treasury offerings are unsustainable because the world’s biggest economy cannot fund itself. History shows that when nations are in trouble, they extricate themselves by stealth debasements through inflation.

Gold has been a disappointment for much of this year, but its weakness does not tell the whole story. Future contracts are influenced by short term factors and for the past few years, billions of paper ounces have been dumped on the market, depressing the gold price. However longer term contracts term were unaffected implying an extremely tight physical market. In fact, the reality is that the Chinese, through the Shanghai Gold Exchange have been the biggest buyers of physical gold, sopping up each available ounce. In May, China added 16 tons, its biggest monthly increase since January 2016. There is a battle between the tightness of the market and futures. We believe that the physical market will win out because of the lack of mine supply, growing central bank demand and a vulnerable US dollar.

In weaponizing the dollar, America undermines the dollar’s role. Its recent isolationist stance and reckless fiscal policies also increases the risk of holding dollars. One consequence is that global central banks have been purchasing gold at the highest rate since 1971, reducing their exposure to the US dollar. Already, among the top six largest holders of gold, the central banks of Russia and China have been steady buyers of gold every month this year. Central banks are the largest holder of gold, an alternative to the dollar.

First Stop For Gold Is $1,700, Then $2,200
Gold has lagged most markets because the dollar has been a safe-haven choice over the past decade. What happens when investors discover that their life preserver can no longer save them? To be sure the breakout beyond $1,300 an ounce is an encouraging sign. Gold has tried to break the $1,350 level five times and was finally successful in breaking out. With an interim target at $1,700 an ounce, gold is a barometer of investor anxiety. We continue to believe gold will hit $2,200 within 18 months.

To listen to one of the most important interviews of 2019 CLICK HERE OR ON THE IMAGE BELOW. 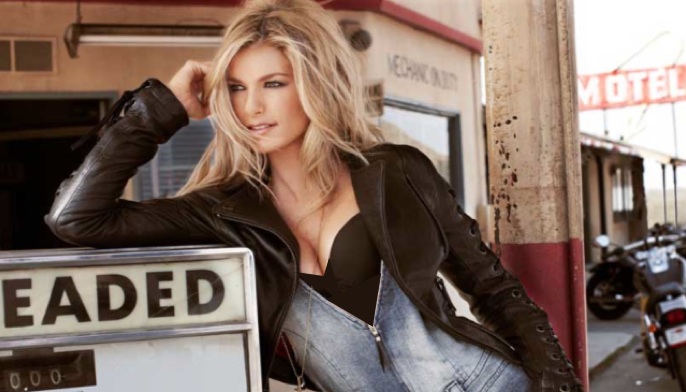 This Should Add Fuel To Gold Rally, Plus This Has Been Talked About But It’s Hard To Believe CLICK HERE.

3 Of The Greats On The Historic Breakout In Gold And What To Expect Next CLICK HERE TO READ.

Massive Short Squeeze In The Gold Market Continues In Japan As Scramble For Physical Metal Vaults The Price Of Gold Above $1,400! CLICK HERE TO READ.

As Gold Continues To Surge One Pro Says, “It’s Only Day 1 Of The (Gold) Breakout” CLICK HERE TO READ.