The last time this happened the price of gold surged over $600 in a matter of months!

Gold Reverses Higher This Week After Brutal Takedown
August 13 (King World News) – Alasdair Macleod:  Eric, this week saw an organised bear raid on gold. The time chosen was when Europe was asleep, America was returning from the weekend, and Singapore and Japan were on holiday. It is August, the quietest month for trading. The market had been softened up the previous Friday with a $42 dollar break of the $1800 level. This was followed by the bear raid, triggering stops on Comex down to $1681 at one point, for a two-day fall of $123.

I remember they did the same to silver on 29 April 2011. The same overnight Sunday hit during a Japanese holiday, driving silver down from $49 down to $33 by 6 May.

This was orchestrated, perhaps by the Bank of International Settlements. I don’t know for sure, just they have been managing the gold price for some time, and it is their Basel regulations which are forcing banks to close their derivative positions. Anyway, it gives us a fascinating COT report tonight.

The purpose was to trigger speculators’ stops, which is what happened to the Managed Money (hedge funds) and Non-Reported categories. The hedge funds got closed out on 21,028 longs, and momentum traders shorted a further 33,442 contracts for a net change of 54,470 contracts, reducing their net long position to 35,403. The next chart shows how the Managed Money category now looks, compared with the long-term average position of net long 110,000 contracts 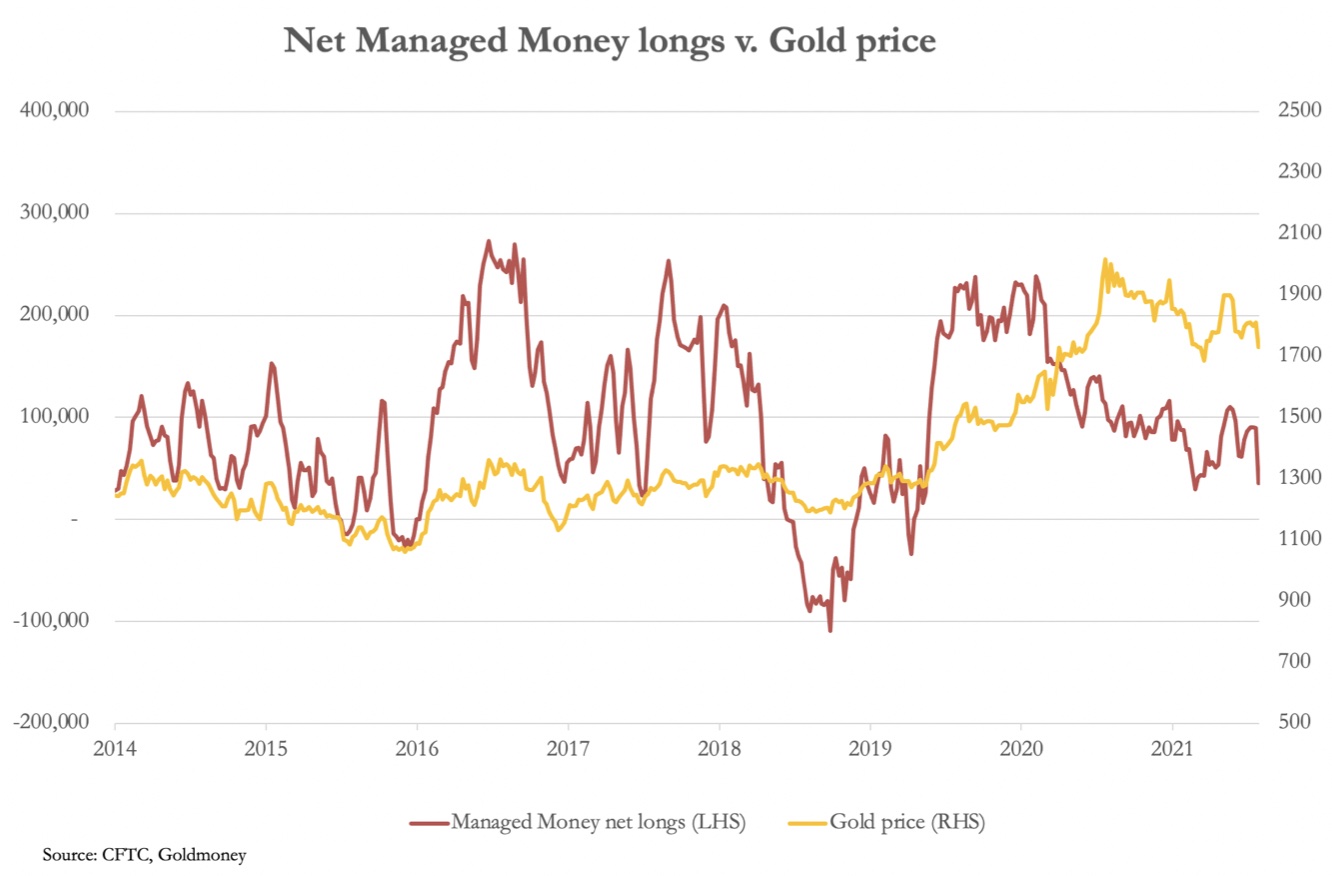 In effect, the hedge funds are bearish bearish, which given the 1.4% price rise today to $1777 was a bad mistake and the potential for a bear squeeze in the next few weeks.

Last Time This Happened Gold Surged $600+ In A Matter Of Months!
Another surprise is the Other Reported category which went long 25,145 contracts and sold a few shorts. This is against the grain, but I remember a feature of the smack-down in March 2020 was that this category went record long on 23 March 2020. Whoever dominates this category (central banks?) is getting it very right. 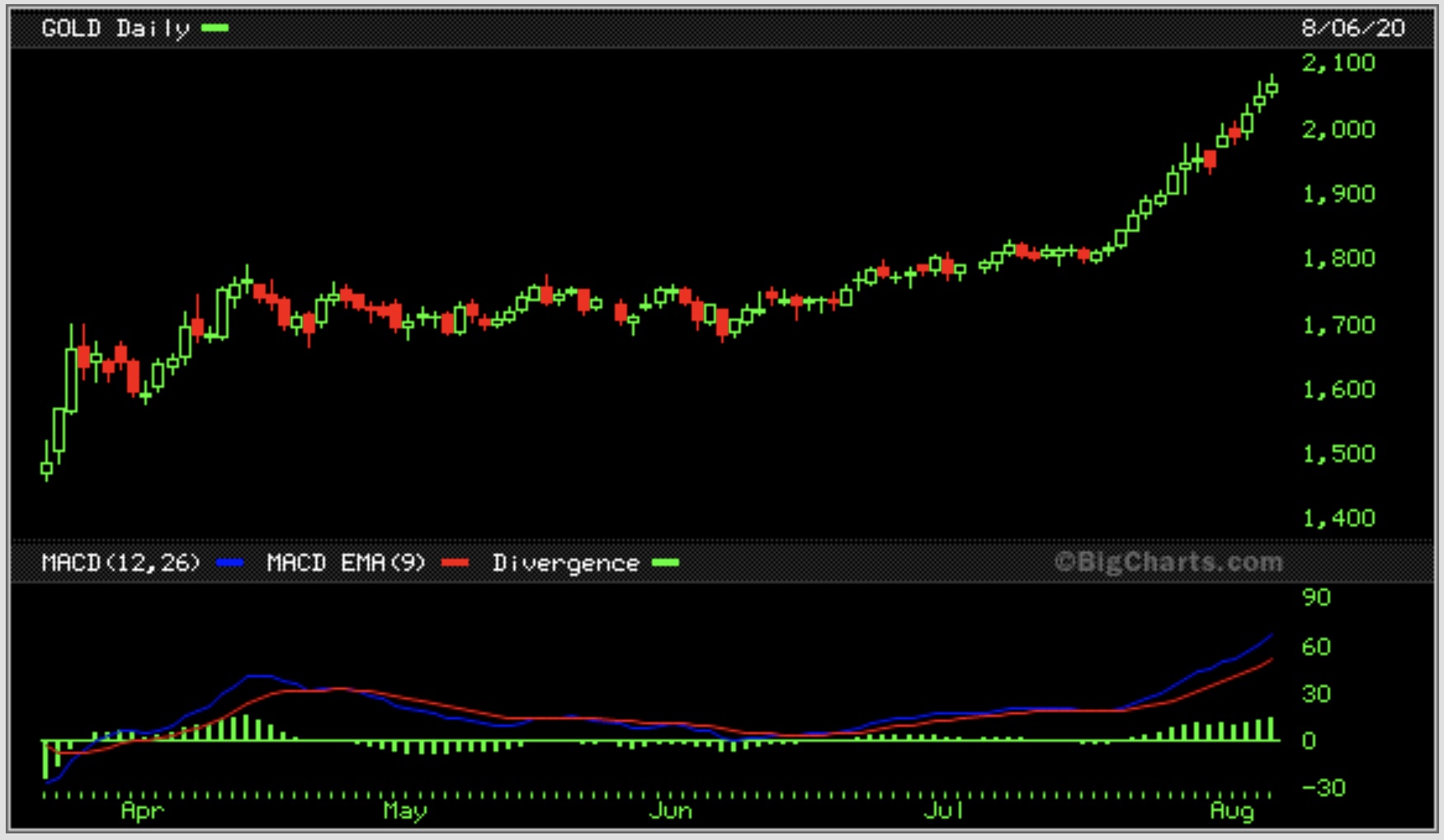 Meanwhile, the Swaps closed 26,875 of their net shorts. But before they rejoice, just look at the Producers/Merchants. They have cut their net longs by 8,768 contracts, leaving the Swaps holding 78% of the shorts. The bullion banks in the Swaps are trying to exit the market, and this is unhelpful to them. 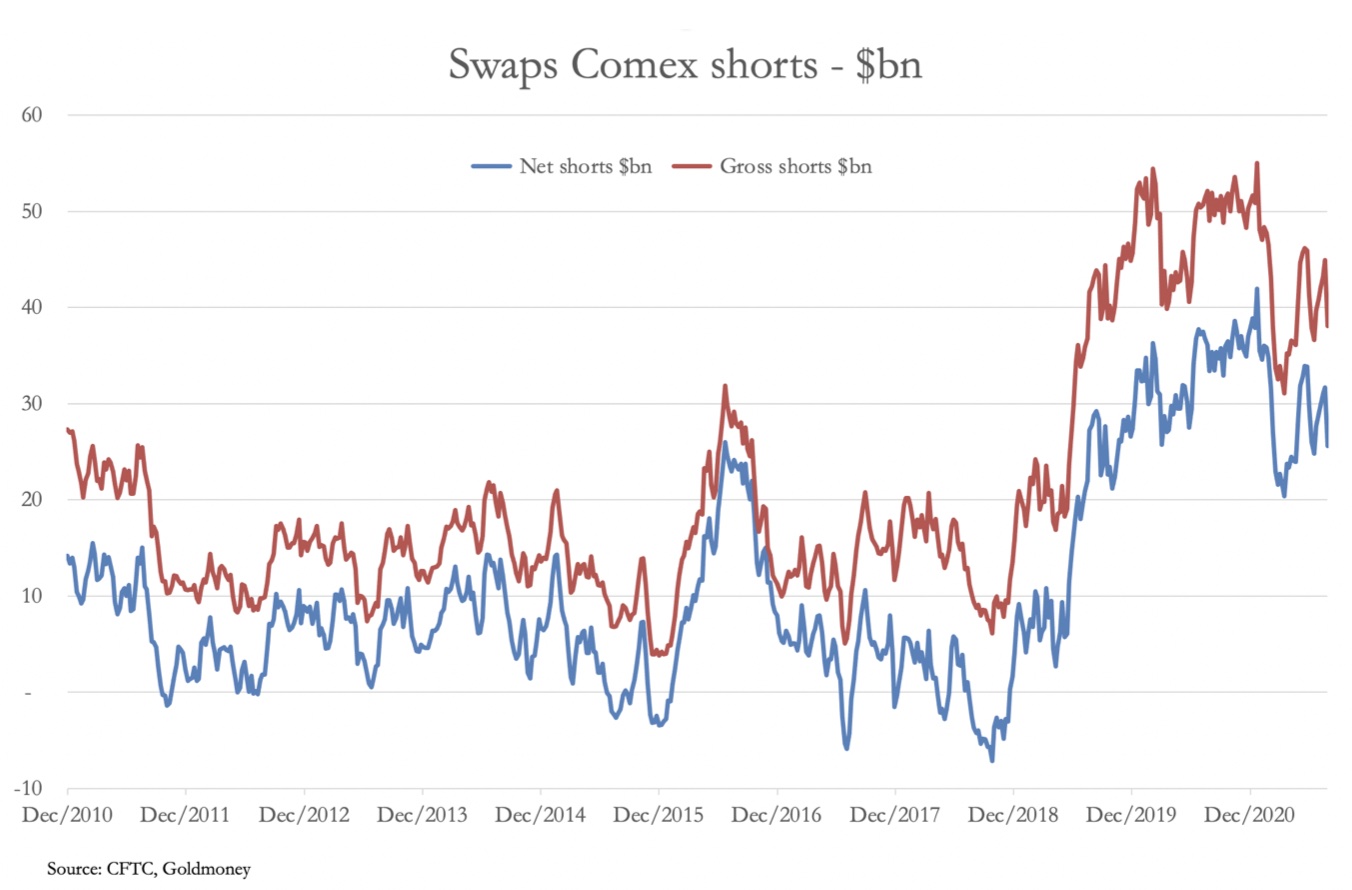 In conclusion, the takedown last weekend didn’t achieve as much as the bullion banks would have hoped. Now that it is out of the way and weak holders and their stops are taken out, prices have a firm base for the next move up in price.