War In The Gold Market
June 19 (King World News) – James Turk:  There is a real battle underway in the gold market. We can see it in this chart of the August Comex gold contract. 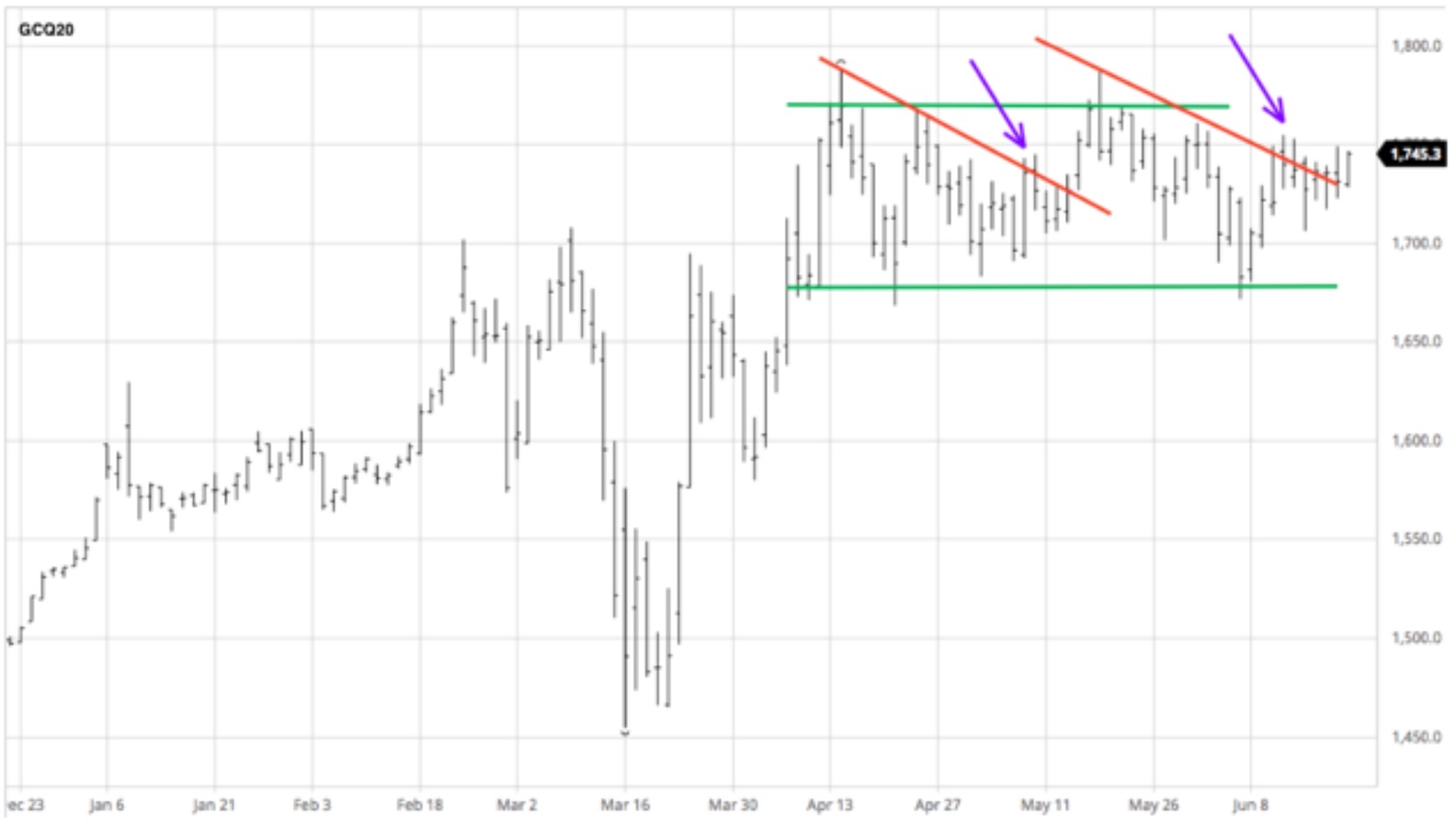 For seven days in a row there was a concerted effort to keep gold under the downtrend line. Markets don’t normally trade like that so to me it is obvious price capping by central banks. It’s obvious for another reason.

Central Banks Short $4 Billion Of Paper Gold
Since the low point last week, Comex Open Interest has jumped by 23,000 contracts, which means someone shorted $4 billion of gold to keep its price under the downtrend line. Only central banks would make that trade in a gold bull market. They are the only ones on the planet who benefit from a lower gold price.

Gold Bulls Will Win
But it looks like market forces are about to overpower central banks yet again. Gold always wins eventually. Gold’s major uptrend resumes once gold breaks into the $1750s.