As the world edges closer to the next crisis, today the man who has become legendary for his predictions on QE and historic moves in currencies and metals just warned King World News that we are headed for the worst global crash in history.

The Worst Global Crash In History
November 3 (King World News) – Egon von Greyerz:  “Is a Marxist government soon going to rule the UK? The UK Labour leader Jeremy Corbyn has launched his election campaign and set out his Marxist policies. The UK has been ungovernable since 2017 with a hung parliament, and there will now be an election on December 12th.

The whole country knows that Corbyn is a Marxist but very few understand the consequences of Marxism. Corbyn has, on the first day of his campaign, clearly spelled out what Marxism really means. In true Marxist style, Corbyn attacked some of the UK billionaires and named them all individually. Included in the list were, for example, the Duke of Westminster, whose Grosvenor Estate since 1677 controls major parts of Central London property, including most of Mayfair and  Belgravia. Corbyn attacked the Duke for evicting the poor and creating luxury properties.

So this is clearly one of Corbyn’s targets. Socialize housing and turn luxury properties to flats for workers. There goes 400 years of British history and traditions as a Marxist revolution takes over central London properties…

Corbyn also attacked Jim Ratcliffe, the founder of Ineos, who is the UK’s richest man and has built up a very successful petrochemical business with 17,000 employees. Ratcliffe was accused of polluting the air!! On the list were also Rupert Murdoch, the media tycoon, Crispin Odey, a hedge fund billionaire who “speculates against the pound,” and a retail billionaire who “doesn’t pay his staff enough.”

Corbyn promised to shake up capitalism and to help ordinary working families.

The Labour leader had already previously declared his intentions, like nationalizing certain industries, giving 10% of major businesses to the workers, plus a number of welfare programs which will be extremely costly. And of course massively higher taxes for the wealthy.

So, like all socialists, communists and Marxists, you spend money that you haven’t got and then promise the workers the earth. Margaret Thatcher explained it beautifully:

“THE PROBLEM WITH SOCIALISM IS THAT YOU EVENTUALLY RUN OUT OF OTHER PEOPLE’S MONEY.”

Of course it is important to look after your employees and pay them properly. And of course the current system has gone too far in rewarding speculation and leverage. But it is not the “capitalists” fault. It is actually governments and central banks that have created this situation. By interfering in the natural business cycle, printing unlimited amounts of money, increasing debt, (both private and public) and manipulating interest rates central banks have primarily benefitted the wealthy.

Most of the printed money since 2006 was intended to prop up an insolvent financial system. Thus the money stayed with the banks and could be used by banks and bigger investors to leverage their investments and thus their wealth. This is why especially the Western world has seen a totally unprecedented gap develop between ordinary people and the mega-rich.

As long as normal people have jobs, housing, food on the table and social security, they will not revolt. But in the next few years, as the 2006-9 financial crisis returns with a vengeance, the world will rapidly change. Massive money printing will lead to depressionary hyperinflation which will turn into a deflationary implosion of the financial system 2-3 years later. As the depression takes hold, many people will have no jobs, no money and no social security.

This will lead to empty stomachs and social unrest. Marxist left-wing governments will come to power and in some countries there will be right-wing fascism. Marxists governments will attack the wealthy, just like Corbyn is doing, and turn the people against this privileged group. Attacking  with words will lead to physical violence and prominent wealthy people will be targeted. Many will rightly fear for their security and lives.

When Marxist leaders attack the privileged, desperate people will respond. This is how revolutions start in unequal societies. We can think back to some of the major revolutions that changed history like the the French Revolution in 1789 or the Bolshevik Revolution in Russia in 1917.

There is of course no certainty that history will repeat itself but the underlying conditions and risks are certainly present. In the coming UK election on December 12th, Boris Johnson is odds on to win but that is clearly not a given. There is a high risk that no party gets overall majority, which would mean five years with a hung parliament and that would be very damaging for the UK.

But even if Corbyn doesn’t win this time, at the next election in five years, (or earlier if there is a no confidence vote), the economy is likely to have deteriorated severely. This would open the way for a Marxist government which will promise the suffering people everything without having any means to pay for it. And this socialist/Marxist fever will spread throughout the world.

Marxism will precipitate the collapse of nations. Depending on what point of the cycle a Marxist party comes to power, they will either fuel the hyperinflationary period by printing unlimited amounts of money, or they will gain power as the deflationary depression has set in. Either way, their policies will dramatically worsen the economic situation in their country.

The split of Germany after WWII is probably the best proof that communism doesn’t work. While West Germany recovered quickly from the war and became an economic superpower, East Germany became a poor communist country  with low productivity and low economic output. When the two countries unified in 1990, the difference in prosperity was remarkable.

The Marxist economy that Corbyn and his ilk would create will have the seeds of its own destruction built into the system. Still, a centrally steered economy supported by strong military and police power can last a long time. Communism in the Soviet Union lasted over 70 years.

A soft or violent Marxist revolution is probably inevitable “as a final and total catastrophe of the currency system involved” — (von Mises). 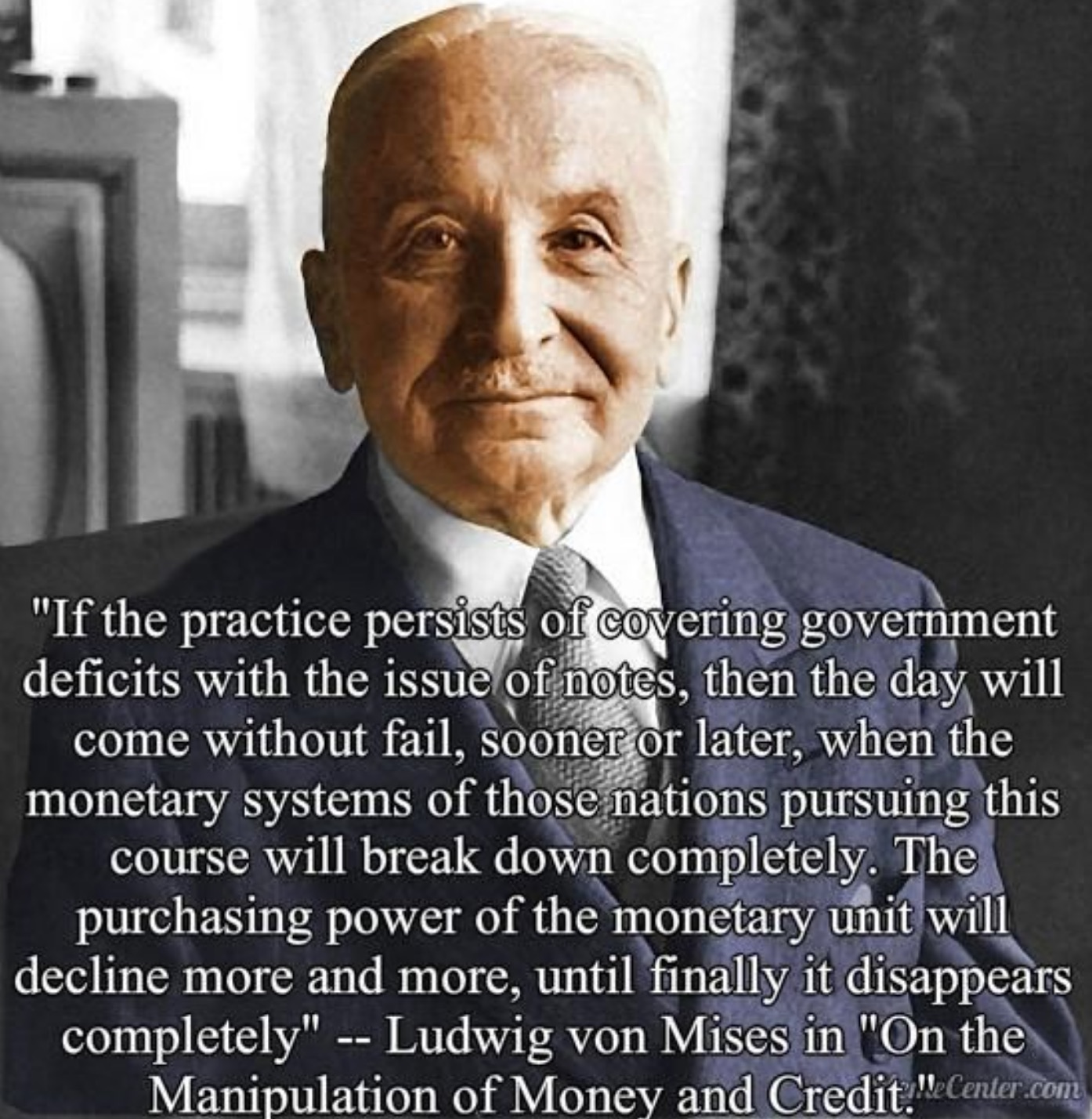 But before that happens the current generals of finance will all chip in to create the final downturn. The new head of the ECB, Christine Lagarde, will probably be the strongest person in Europe. She is a globalist and a member of the elite. As the banks and the financial system in Europe crumble, Lagarde will probably grab more power than the leaders of Germany, France and the other major European nations. After all the ECB has the history of intervening in domestic politics of many of its member states.

Draghi was not yet President of the ECB when the EU toppled the Greek prime minister in 2010. But he was directly involved with the interference of several political situations in Eurozone countries. Like pushing Italy’s Berlusconi out in 2011 and installing the EU’s own man. He was also behind demanding constitutional changes in Spain.

A former ECB governor described their methods as such: “They threaten governments that misbehave with financial destruction. They cut off refinancing and threaten to kill the banking system. They create a roll-over crisis in the bond market. This is what happened to Italy in 2011.”

This explains how the ECB, by controlling the money, has total financial and therefore political power over its member countries. Draghi used these methods on the Greek Syriza government in 2015 by turning off the ECB refinancing window and thus choking the Greek economy. This was enough to bring the Greek government to heel.

So the ECB has clearly understood what Mayer Amsel Rothschild said: “Give me control of a nation’s money and I care not who makes it’s laws.” The Eurozone countries are totally in the stranglehold of the ECB. Their only chance of independence is to leave the EU and the Eurozone (Euro). They can only do this by reneging on their debt and creating their own currency. This is clearly a major step to take but something that bankrupt countries like Greece and Italy should have done many years ago. These countries cannot survive in the long run with a Euro that is too high and a debt they can never repay. At some point in the next few years, this process will be the  start of the inevitable dissolution of the EU.

The collapse of stock and debt markets as well as most currencies will exacerbate this downturn as it develops into the worst global crash in history. 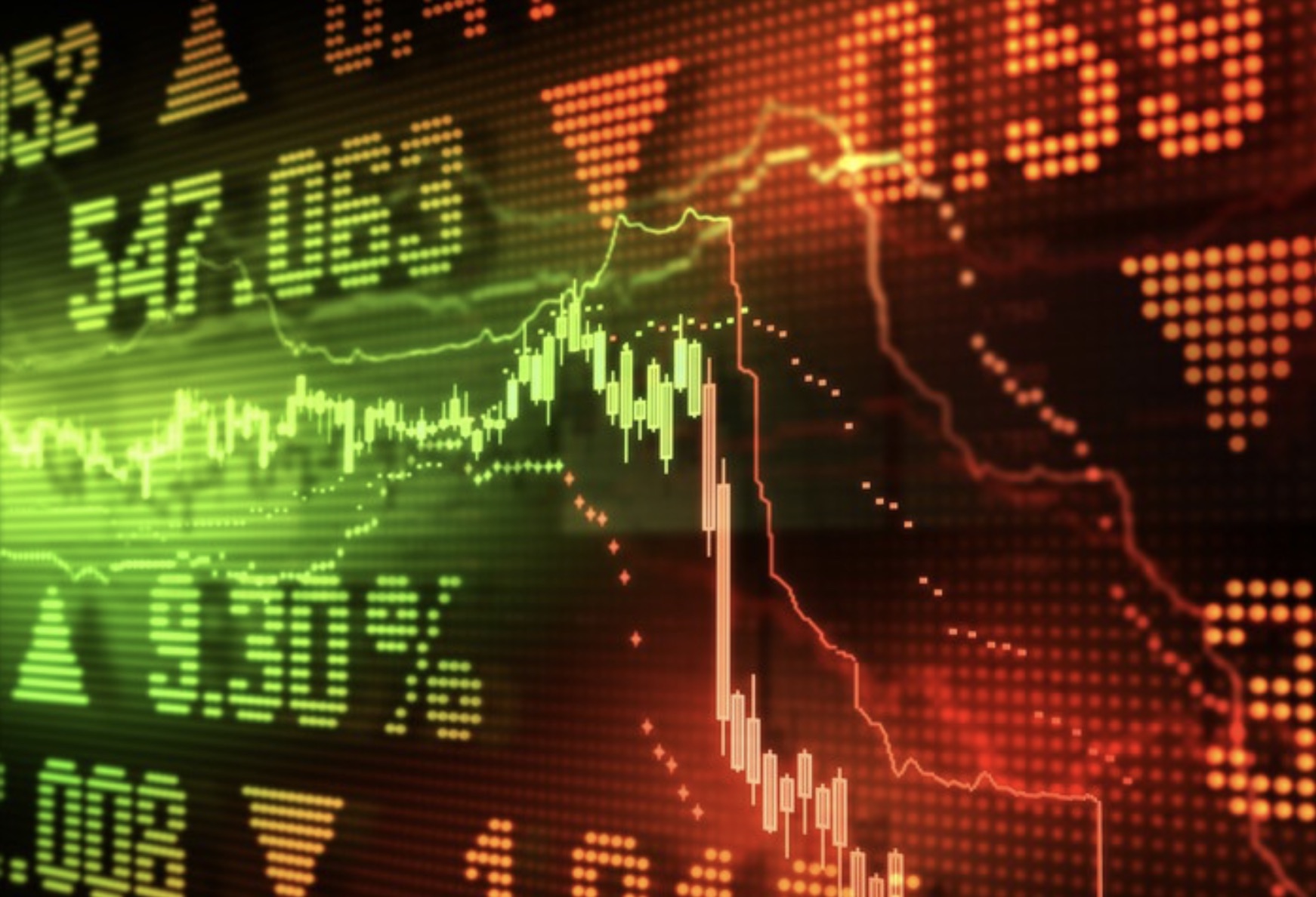 Markets
Stocks are in the final stages of a secular bull market. This could end in the next few weeks or in early 2020. Once the market turns, we will see a crash at an early point and this will be the start of a secular bear market of immense proportions. Before the market has bottomed, we are likely to see falls exceeding the 1929 crash, which was 90% for the Dow Jones.

There might still be some downward pressure on interest rates. But the big move in rates will be to the upside, which will take the market by surprise. The sheer weight of the global debt will cause debt markets to collapse, putting upward pressure on rates. In addition, the unlimited money printing that central banks have now started will soon accelerate as the financial system is on the verge of collapse. That will lead to higher interest rates as the central banks fail to manipulate interest markets and hold rates down.

There has probably never been a more favorable climate for holding precious metals, primarily gold but also some silver. The reason for holding gold is clearly for wealth preservation or insurance purposes against a bankrupt financial system. But physical gold and silver today also represent the most unique investment opportunity ever.

The list is endless but the major risks above are likely to lead to a cataclysmic situation in the world, leading to a flight to the only safe assets that represent real wealth protection. Physical gold and silver stored outside the banking system will be life insurance in this situation.

I often hear the argument that if things become as bad as I outline above, precious metals won’t help because you can’t eat gold. Anyone who states this neither understands money, nor history. In every period of crisis in history, gold has always functioned as money or barter.

We must remember that gold is the only money that has survived in history. There is no reason to believe that 5,000 years of history and tradition will change during the coming crisis…For those who would like to read more of Egon von Greyerz’s fantastic articles CLICK HERE.

***KWN has just released the powerful audio interview with Bill Fleckenstein where he discusses the gold market at length, what to watch in the stock market and much more CLICK HERE OR ON THE IMAGE BELOW.