After the recent meltdown in stocks, it’s not just buy the dip that is dead, buy the really is now dead, too.

Buy The Rally Is Dead, Too
December 11 (King World News) – Here is a portion what Jason Goepfert at SentimenTrader noted today:  In Monday’s report, we saw that buy-the-dip behavior has ceased. More than half the time over the past six months, a decline over the past week led to further losses, instead of gains like we usually see during healthier markets (see chart below). 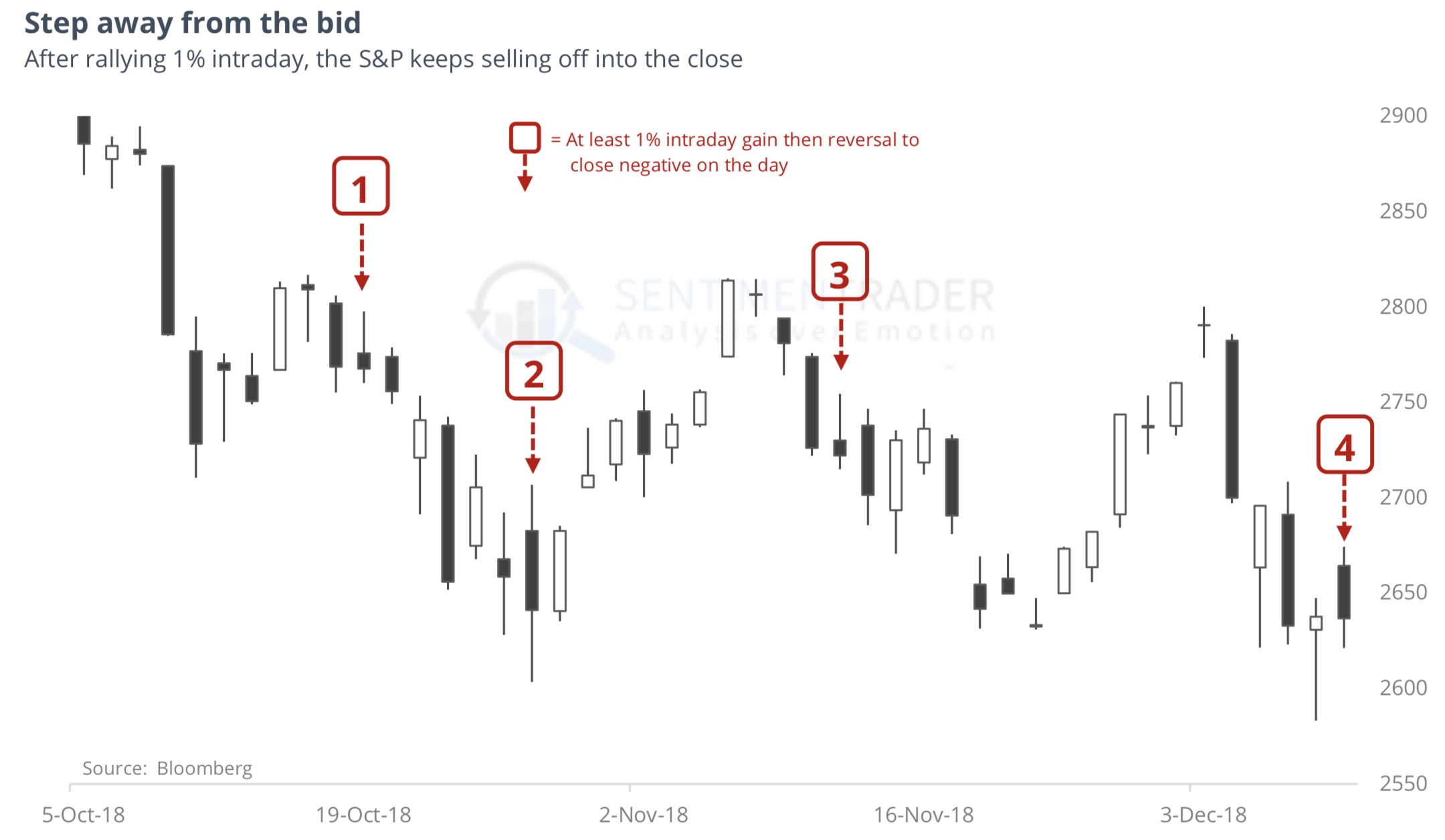 It’s not just buy-the-dip that’s dead, though. So is buy- the-rally.

Over the past two months, there have been four days when buyers managed to push the S&P 500 more than 1% above its prior day’s close, only to step aside and let prices slide back into negative territory by the close. Four days in two months doesn’t seem like a lot, but it’s the most in 7 years…

The sample size is too small to generate a reliable conclusion, but there was a strong tendency to see higher prices over the next six months. Of the 7 signals, 6 of them rallied over that time frame, and the sole loser was small.

We could maybe say that this kind of behavior shows enough pessimism that it’s a good sign over the medium – to long-term, but there just aren’t enough signals, and the variability among them , especially in terms of the risk/reward, is too wide. It seems like a mild positive, though. This is another example of why Jason Goepfert is the best in the world at what he does — providing actionable market data.  To subscribe or try a free two week trial to the internationally acclaimed work that Jason Goepfert produces at SentimenTrader CLICK HERE.

KWN has released the powerful and timely audio interview with Andrew Maguire and you can listen to it by CLICKING HERE OR ON THE IMAGE BELOW.