With the price of gold advancing near $1,300 and silver breaking back above $17, is the gold market quietly setting up for a massive surge above the $1,500 level?

Gold: Long-Term Momentum
By Michael Oliver, MSA (Momentum Structural Analysis)
August 21 (King World News) – We’ve run this pair of charts before.  The number we want to see rung in is 6% over the 200-wk. avg./zero line.  Next week that occurs if the nearby future trades to $1,303.40.  The set of seven highs that define the red horizontal is precisely 5% over the zero line.  That red line was exceeded last week, but not by a next full percentage uptick.  And that’s what we want to see (see chart below). 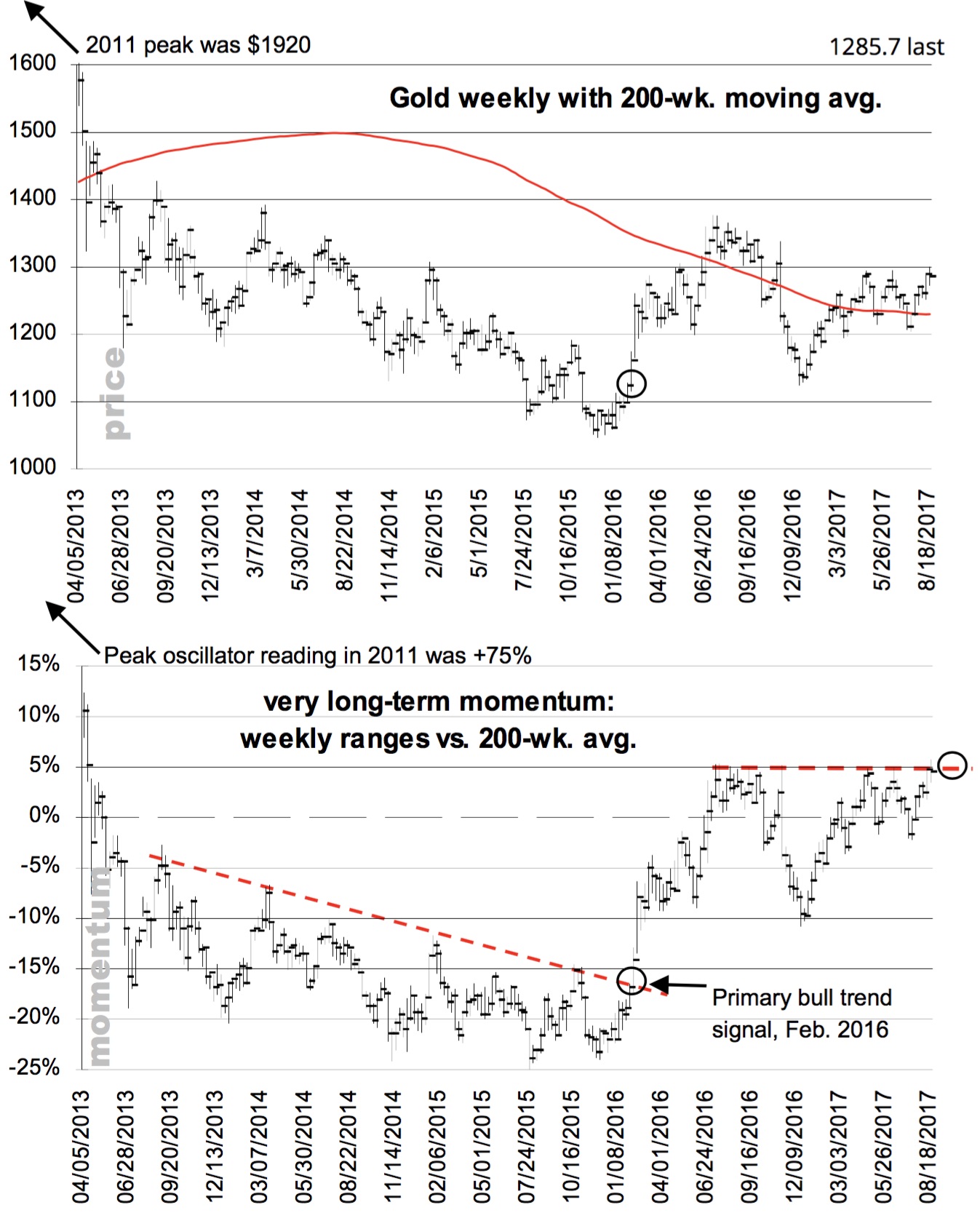 Gold already broke above its 40-wk. avg. momentum barrier when it closed the week of July 28th above $1,265, our needed upside breakout number on that long-term oscillator (those charts shown in prior MSA reports)…

It’s not surprising that last week, three weeks after gold’s move above its 40-wk. momentum resistance structure, the S&P500 broke below its own 40-wk. momentum support structure.  Opposite moves on the same time-scale trend indicator and within weeks of each other.

Gold Price To Surge Above $1,500?
This 200-wk. momentum chart is very long term and ripe for full upside renewal after a year of twisting and turning action.  When this 200-wk. oscillator hits 6% over, it will be adding to the upside power. If it breaks out, our next working target (not the final one by any means) is the low $1500s.

King World News note:  A move into the low $1,500s for gold would also mean a massive upside surge for silver as well as the high-quality mining shares.  KWN will keep its global readers updated on this major breakout in the coming weeks.