With gold, silver, and the mining shares off to a solid start for 2017, the chart of the day from Investors Intelligence shows a mega-bullish “Golden Cross” for gold mining shares. 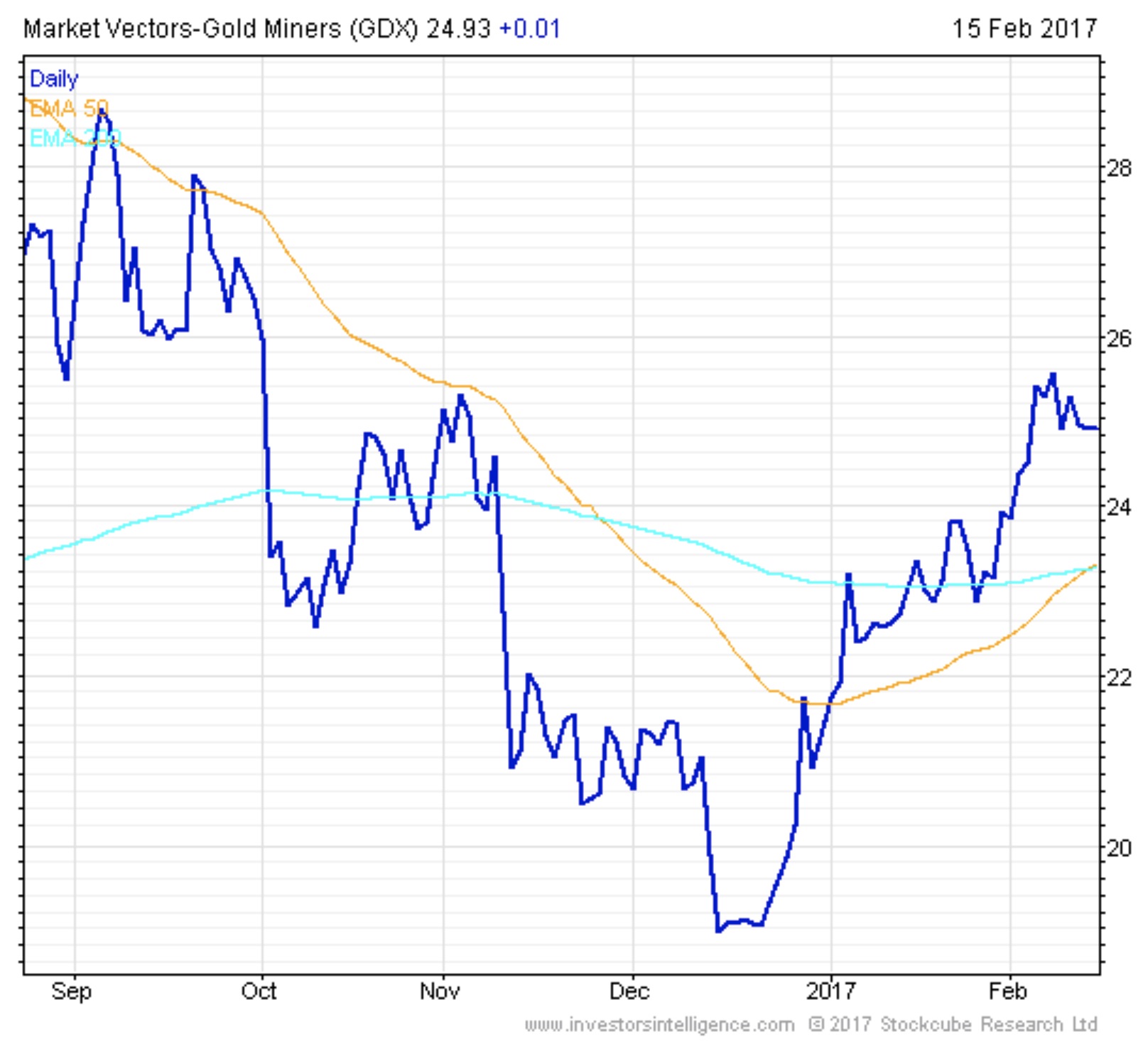 From Investopedia:
BREAKING DOWN ‘Golden Cross’
There are three stages to a golden cross. The first stage requires that a downtrend eventually bottoms out as selling is depleted. In the second stage, the shorter moving average forms a crossover up through the larger moving average to trigger a breakout and confirmation of trend reversal. The last stage is the continuing uptrend for the follow through to higher prices. The moving averages act as support levels on pullbacks, until they crossover back down at which point a death cross may form. The death cross is the opposite of the golden cross as the shorter moving average forms a crossover down through the longer moving average…KWN has just released the remarkable audio interview with Michael Belkin, the man who counsels the biggest money on the planet, discussing the mining shares, gold, silver, global markets, and much more, and you can listen to it by CLICKING HERE OR ON THE IMAGE BELOW.

Is This Shocker About To Send The Price Of Gold & Silver Soaring?