On the heels of the stock market decline and rally in gold, here is an important look at gold, stocks and the mining shares.

Gold Miners vs Gold
By Michael Oliver, MSA (Momentum Structural Analysis)
June 6 (King World News) – We’ve used the XAU Index of gold miners in the past due to its lengthy data history (GDX only began in 2006).

We include the GDX/gold spread (next page) to compare with the XAU vs. gold spread.

In any case, the annual momentum upside shift by gold miners (XAU) occurred in early 2016 around the time that gold and miners exploded in net price. 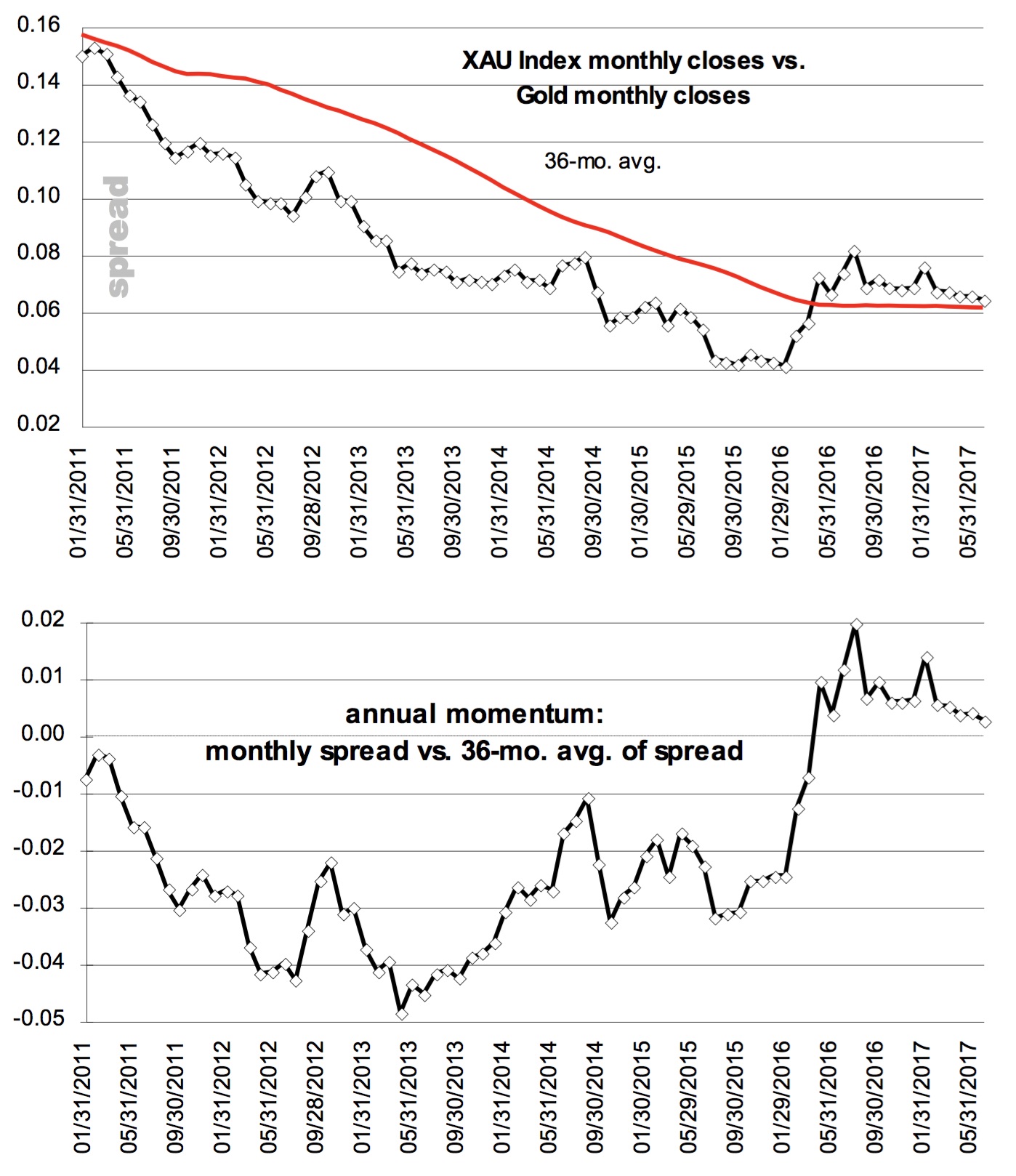 The pullback since has been protracted and gentle, giving back less than half of the upside gains in the spread from the 2016 lows to the mid-2016 highs. Arguably less of a correction in the spread than in the net price corrections seen by gold and GDX.

So far the readings on the spread over the past four to five months have been trickling lower, hardly measurable, but they still remain north of the 36-mo. avg…

GDX vs. Gold
Similar behavior to the charts on page one. Therefore, it turns out that using XAU has not been a mistake in this comparative measurement. 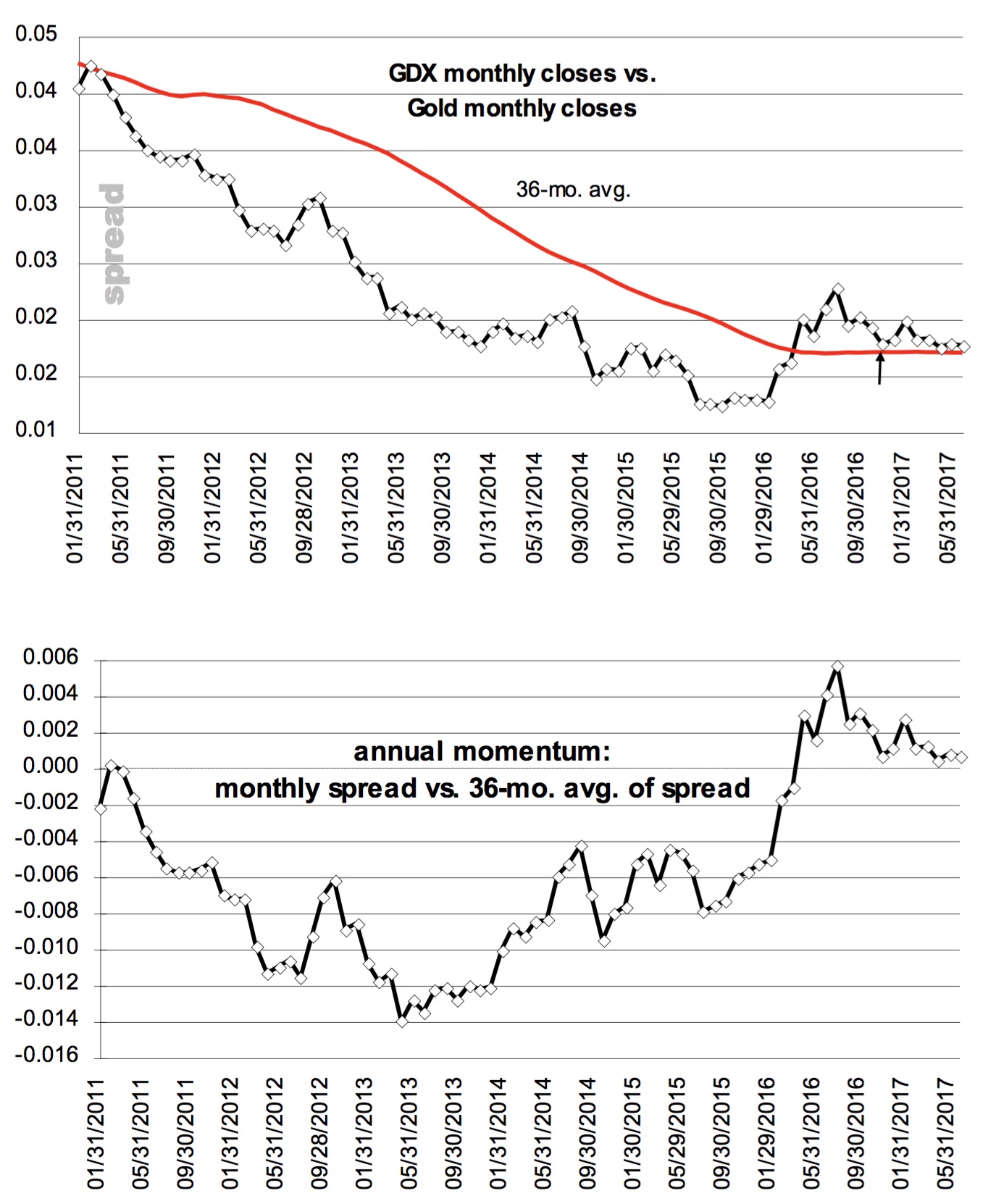 MSA’s assessment in early 2016 was that miners were likely to outperform gold, a long overdue change in relative performance. We hold with that.

The pullback in the spread to date is like any pullback after a major trend shift’s first surge, which is to say “corrective.” It almost always happens. This one looks corrective and is lacking in downside potency, over the past several months especially. In point of fact most of the correction occurred as of November, 2016, up arrow on the spread chart. Since then mostly sideways. (That November closing reading on the spread was 1.779%).

King World News note:  What Oliver is saying is that he expects the mining shares to significantly outperform gold and silver, even though gold and silver will experience huge gains in their secular bull markets.