How is this possible? Trouble across the globe, nothing to see here, meanwhile this is imploding…

This May Be Tougher Than We Thought: Germany’s 30-Year Auction Failed 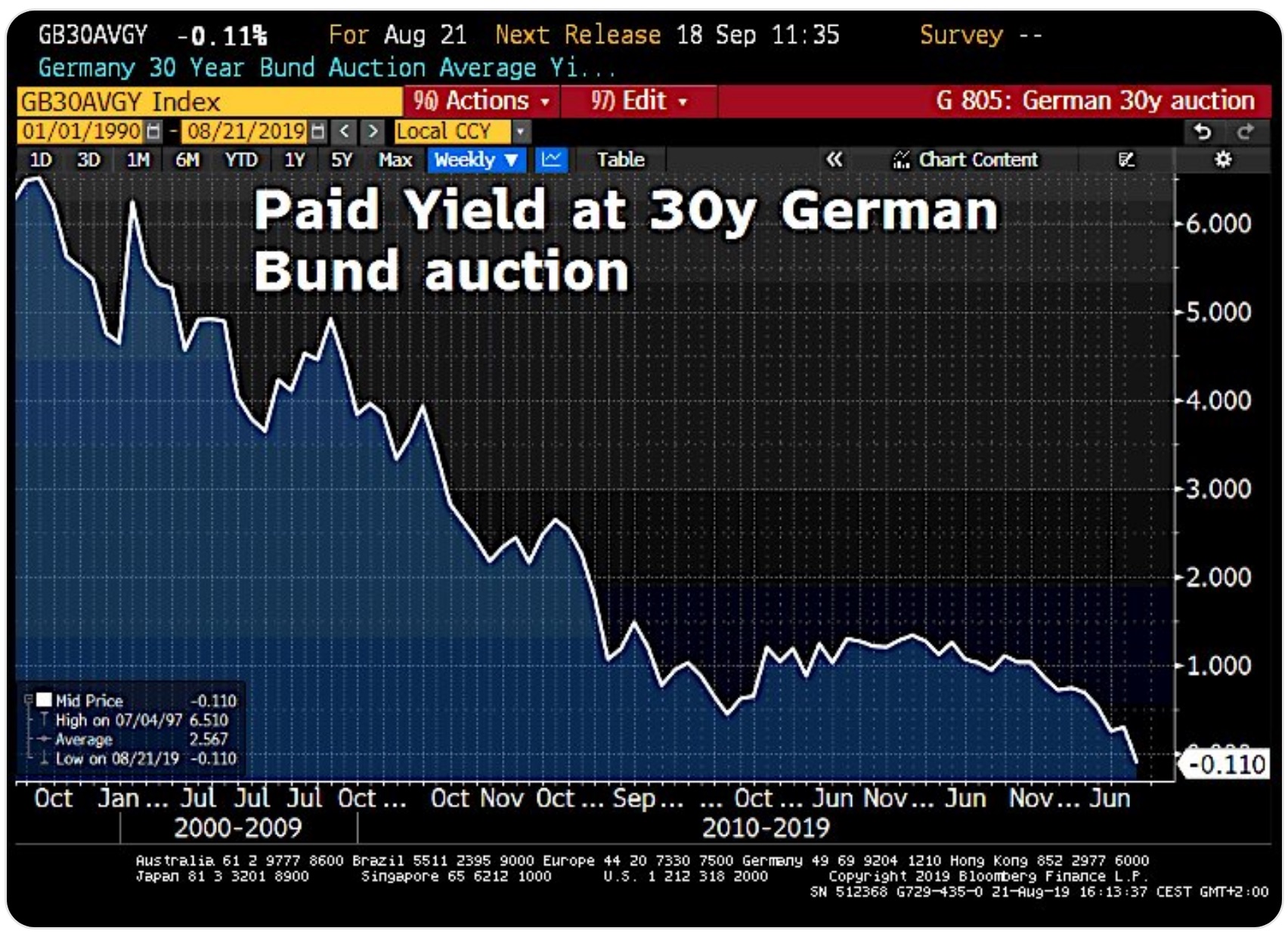 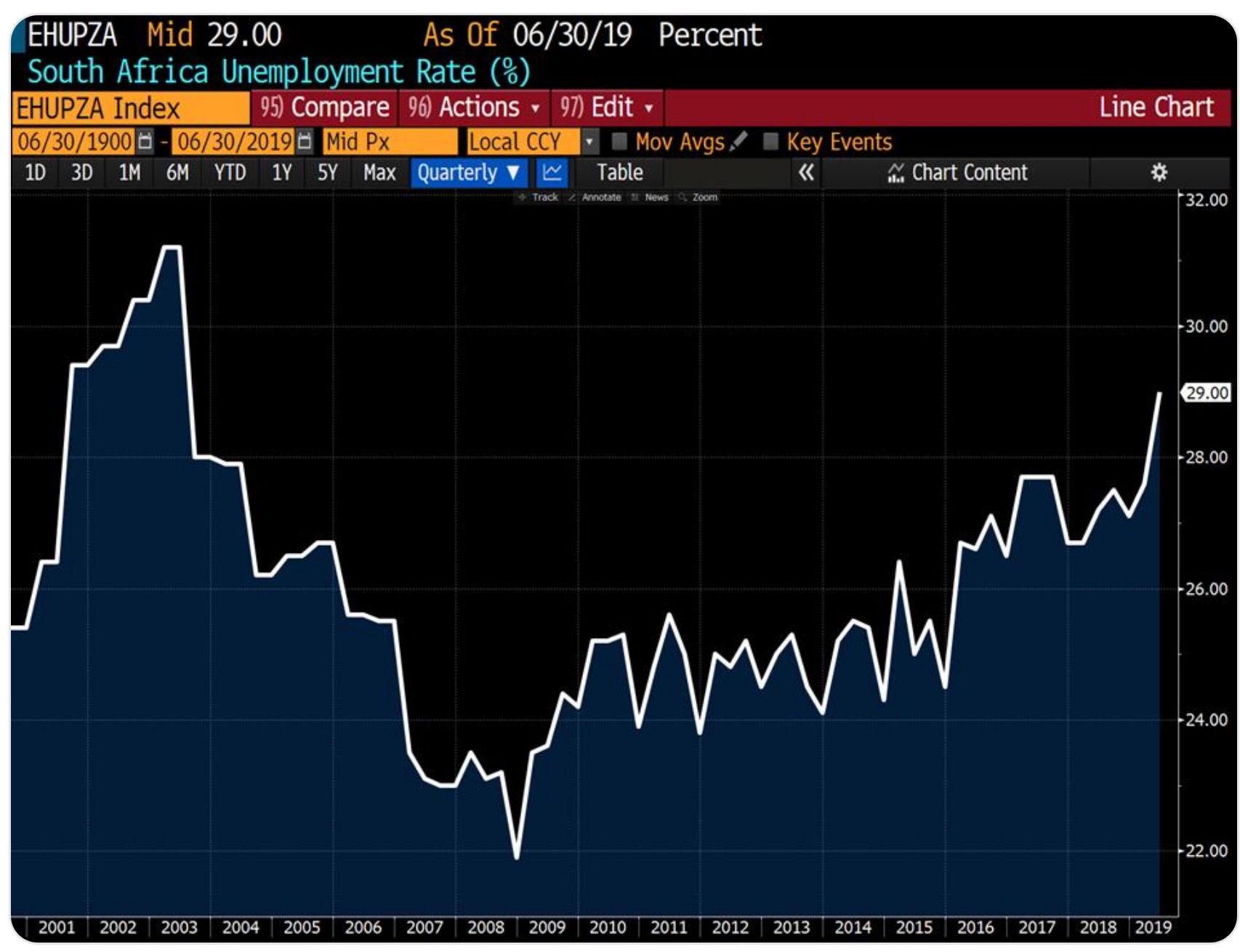 Trouble In Techland
Lawrence McDonald, Former Head of Macro Strategy Society Generale:  “Something is wrong with this chart…(see below).

HOW IS THIS POSSIBLE? SOX (Semiconductor Index On A Roll…While South Korean Semiconductor Exports Are Tanking 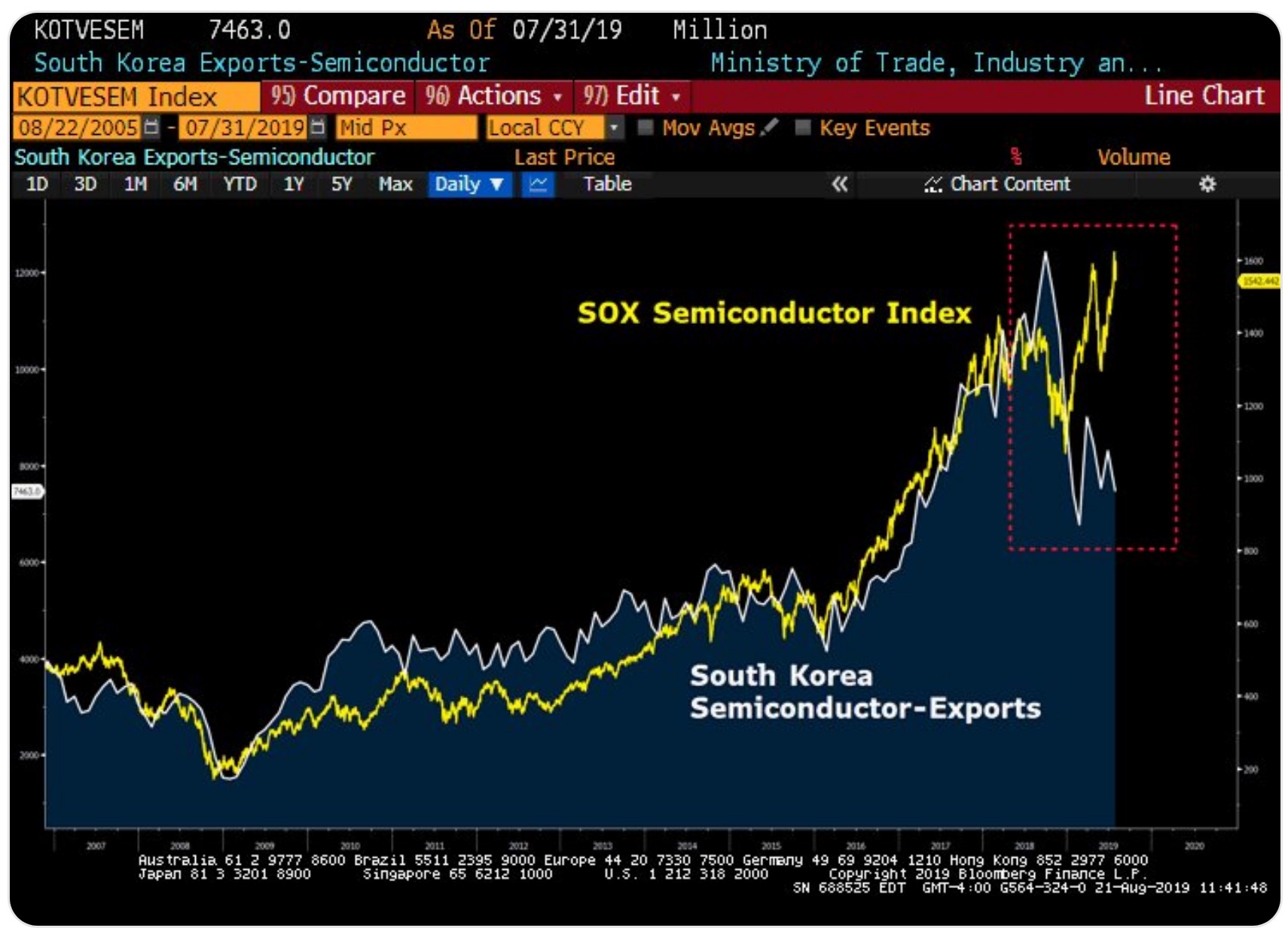 1984 Is Here
Stephanie Pomboy:  “I know I’m wasting my time with this but here’s why the fixation on the monthly Payroll report is so inane. So much of the # is pulled out of thin air–via seasonal adjustment and more importantly the birth/death factor–and hence is prone to massive revision. Here’s a look at the role this birth/death adjustment has had on total ‘measured’ employment over the last year (fyi, the birth/death adjustment aims to estimate net new biz formations) (see below). 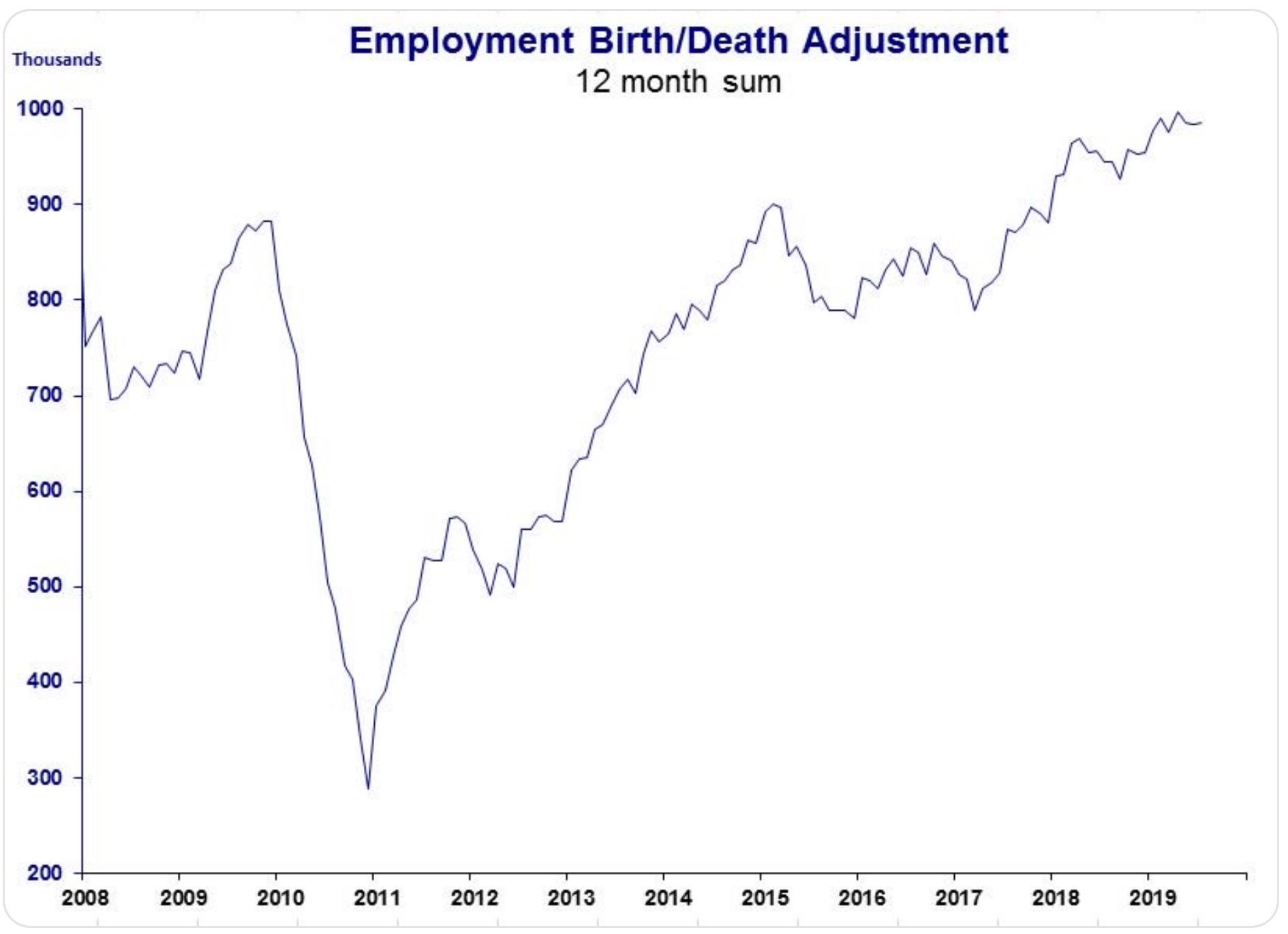 Nothing To See Here
Sven Henrich:  “Today I learned from the CBO that we will average 1.8% GDP growth for the next decade and $1.2 trillion annual deficits for the same period. Now what’s the forward multiple you’re willing to pay for that? So that’s what? $34 trillion in debt by 2029 with no recession presumed in the modeling? So when will the Fed raise rates? In the year 2525 if man is still alive….