Here is where the gold and silver markets stand after a wild trading week.

February 5 (King World News) – Alasdair Macleod out of London:  Eric, the Swaps (bullion bank traders) only managed to close a net 2,383 shorts, despite killing the price. The objective was to shake the Managed Money tree (hedge funds), and in this they partly succeeded, getting them to reduce net longs by 8,621 contracts.

At a time of a strengthening dollar trade weighted index, talk of economic recovery and therefore higher interest rates, coupled with a determination to kill the price, one would have thought they could have done better. But they have only managed to reduce their net shorts to $35 billion in money terms. Gross and net are shown in the next chart. 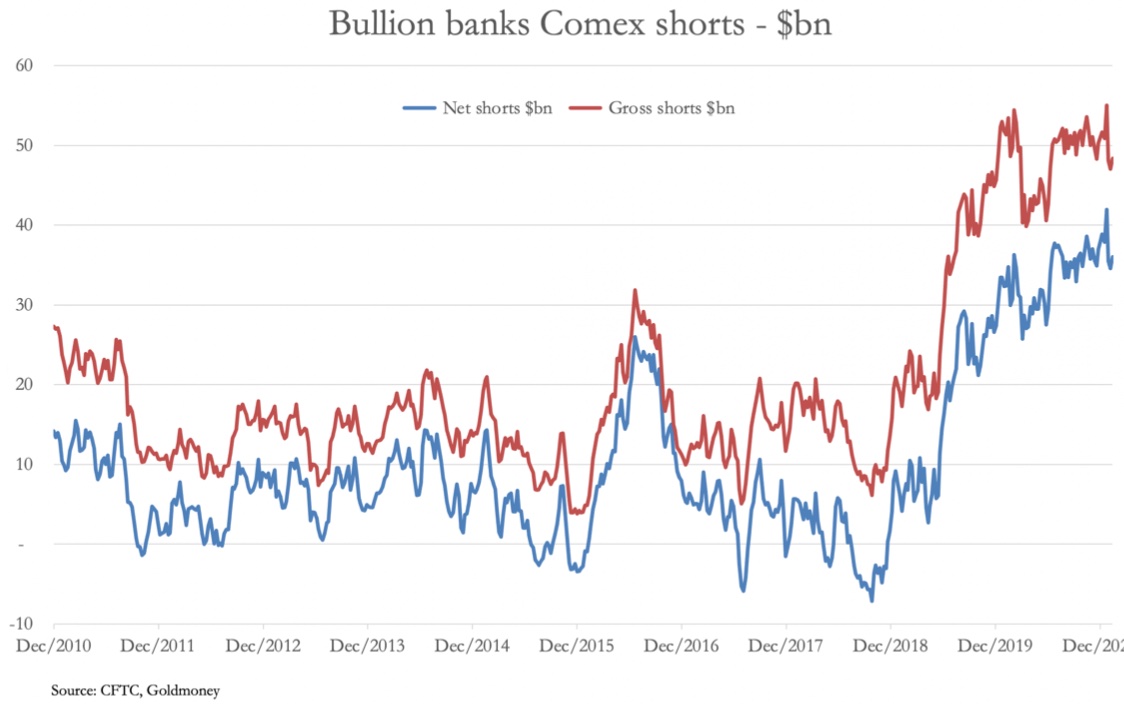 This chart shows the problem. The Fed’s money printing is going off the Richter scale (Biden’s $1.9 trillion package is voted through) and gold and silver should be going to the moon. The reason they are not is that if their prices reflected the inflation reality, bullion banks would be bust. What we have seen this week is a desperate attempt by them to maintain control over prices…

But in another development, Comex deliveries are becoming a daily occurrence. Nearly 70 tonnes have stood for delivery in the last six trading sessions.

This brings me to the interesting point in the COT figures — the Other Reported category increased its longs by a net 8,201 contracts. This is where the deliveries are going, and the Other Reporteds are squeezing the bullion banks, just as they did last March,as my last chart shows. 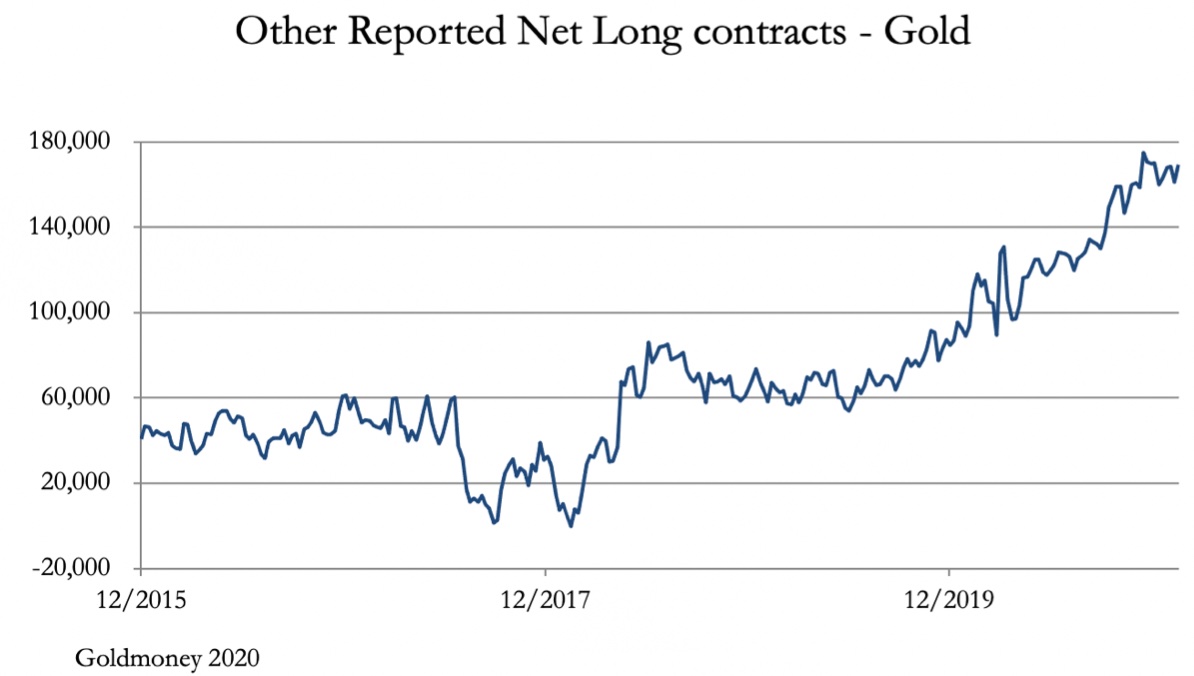 Their net longs are only 5,500 contracts under the record. It is this category that is not frightened to go long and take delivery when the price is low.