The takedown in the gold market continues ahead of Basel III implementation.

June 17 (King World News) – Email from KWN reader Kevin W.:  The settlement process is so rigged. To my recollection I have never seen so much disparity. Coming on top of the 4000 contracts dumped at 4:41 and 4:42 EST yesterday after everything was closed, the desperation to find stops below the market is very telling on the bullion banks heavily short positions they are incapable of exiting. This kind of volume after 4 pm EST has never happened to my knowledge in the last 20 years.

It wasn’t much below that of the volume in the 2 minute period after the FED announcement. It seems that every hedge fund has been read the riot act to not buy even one contract between now and June 28. If Russia and China do not take advantage of this dip and end the market manipulation in paper gold, it makes one wonder what the bigger picture is…

Gold
Peter Boockvar:  For those watching gold and the pullback in response to the slightly less dovish Fed, it is now the most oversold, as measured by the 7 day RSI, since August 2018 when it was trading at around $1175. I remain very bullish as I don’t expect the Fed to ever get ahead of the current curve balls they are dealing with. 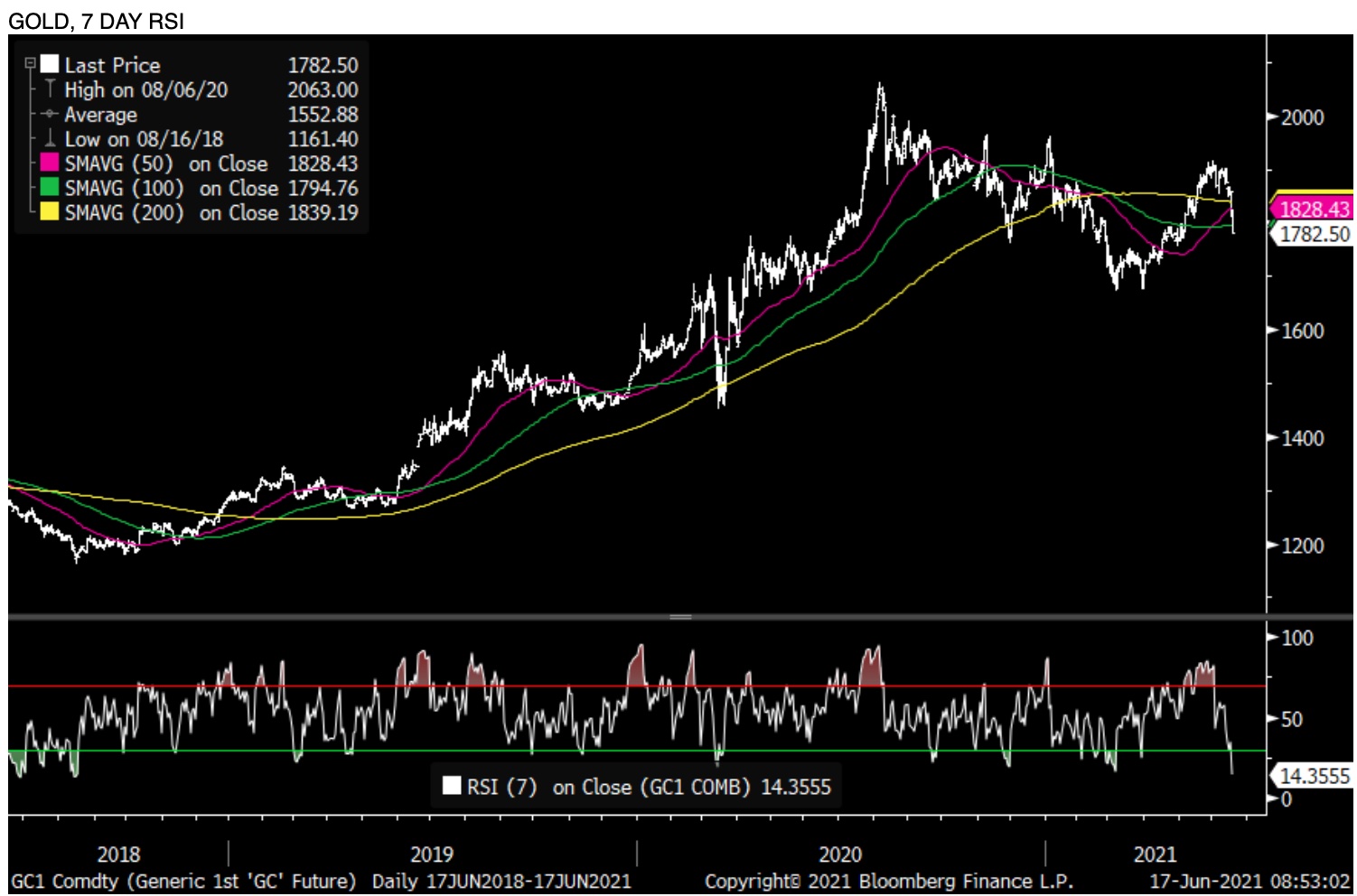