On the heels of wild couple of weeks that included a missile attack against Syria and major posturing against North Korea, here is the really big shocker with the world now on the edge of destruction.

The World Edges Closer To War
Stephen Leeb:  “You have to go back to the Cuban missile crisis in 1962 to find the world as close to nuclear war as today. As tensions surrounding North Korea ratchet up, it’s all too easy to imagine it could lead to a conflict that is part nuclear, part conventional, part chemical, in which millions die and the world’s economy loses trillions of dollars…

Is this an invitation to load up on gold? I would wait. The reason I say this is because when I analyze what lies behind the sharp rise in tension, I think the Korean situation is likely to take a turn towards sanity. This could mean additional downside in the metal, any short-term blip notwithstanding. Having said that, the longer term case for gold has strengthened even more. 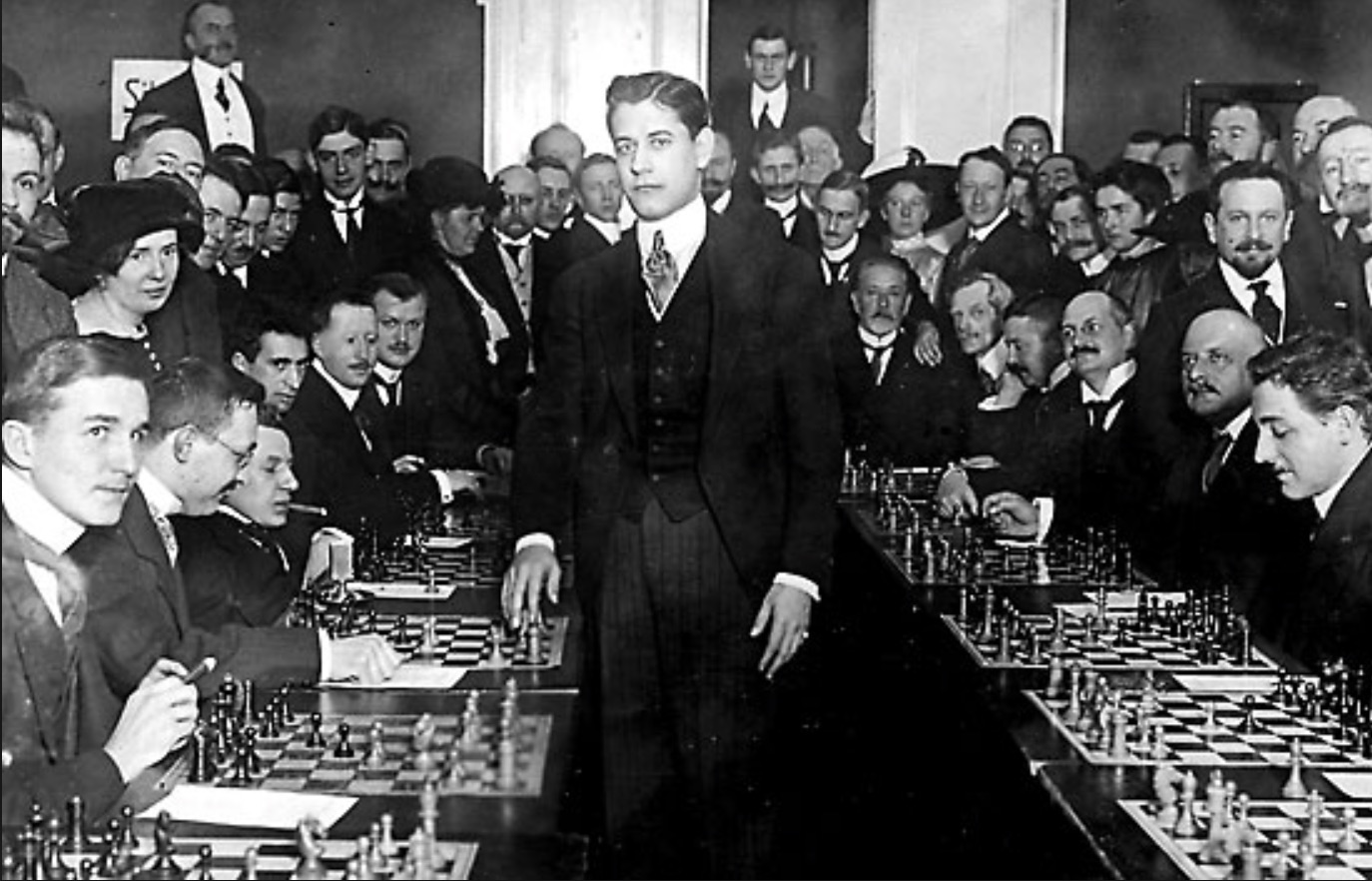 To explain why, I turn to chess and to Cuba’s Raul Casablanca (pictured above), who many chess aficionados believe possessed the greatest natural talent of any chess player who ever lived. One evening, on his way to dinner, he passed a group of grandmasters intently watching a game between two top players. White had lost material and had a seemingly hopeless position. Capablanca briefly glanced at the board and went on his merry way. When he passed by again a few hours later, one of the watchers asked if he could guess who had won. Capablanca without hesitation replied: white, of course. The watcher asked who had told him, and Capablanca said no one, it had simply been obvious that white had deliberately sacrificed the material to gain an overwhelming advantage.

That’s an apt metaphor for recent events: the gruesome chemical attack in Syria, images of which went viral on the Internet, horrifying most of the world; the test firings of two missiles by North Korea; and the Trump-Xi summit. The connections linking these events are more devious than most suspect. Leading up to the summit the two big topics were slated to be North Korea and trade. But the above-named events pushed North Korea to the forefront. Trump said he and Xi had established a strong rapport and he expected very good things to come of it, especially regarding North Korea.

Trump’s actions were widely applauded as taking a strong stand against evil. Emphasizing the point, this past week America dropped a monster bomb on ISIS tunnels in Afghanistan while parading a group of ships led by an aircraft carrier close to the Korean peninsula. Trump’s rhetoric has been consistent with his actions: he has said he expects China will help with North Korea, but if not, the U.S. will act alone. North Korea’s foreign minister responded with a rare interview, where he said if America wanted war, Korea would respond in kind. Trump’s forcefulness clearly had made a major impression. 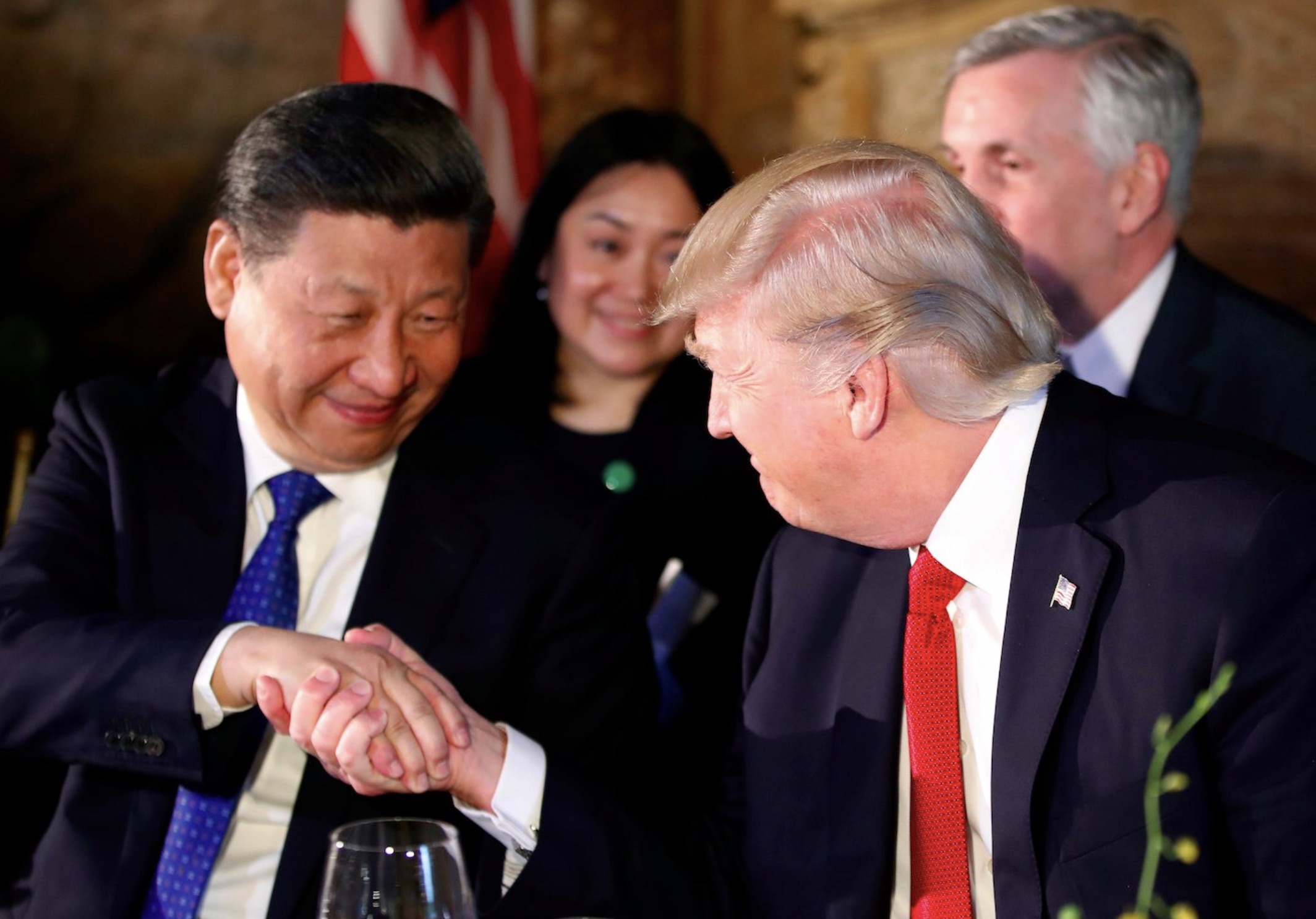 Meanwhile, China, by abstaining from a UN vote condemning the Syrian chemical attack, appeared to be siding with America over Russia. Chinese foreign minister Wang Yi was quoted as saying:

“No matter who the nation is, if it continues to provoke wars in the Peninsula, it has to bear this historical responsibility and pay its price.”

The Global Times, commonly viewed as a mouthpiece for China’s Communist Party, said another North Korean test would lead to harsher sanctions, including the embargo of oil. China already has limited its coal shipments to the rogue state.

You can say it was coincidental that North Korea’s missile tests and the Assad attack both occurred so close before the Trump-Xi talks, but I don’t buy it, especially in the case of Syria. Perhaps the North Korean tests were just bluster on the part of a psychopath – but perhaps China knew about them and even tacitly encouraged them. After all, even though China has cut coal shipments to North Korea, overall trade between the two countries has increased.

The Syrian chemical attacks and the extensive video footage showing them don’t add up. As Anne Barnard noted in an article in The New York Times on April 6:

“The diplomatic situation had been looking bright for President Bashar-al-Assad of Syria. With the help of Russia, he had consolidated his power, the rebels were on their heels and the United States had just declared that ousting him was not a priority.”

So why rock the boat with a savage attack right before the Xi-Trump summit? Given the vivid nature of the videos, it was a flat-out invitation for Trump to respond. Notably, no videos documented at least two other chemical attacks that had occurred in the past several years. 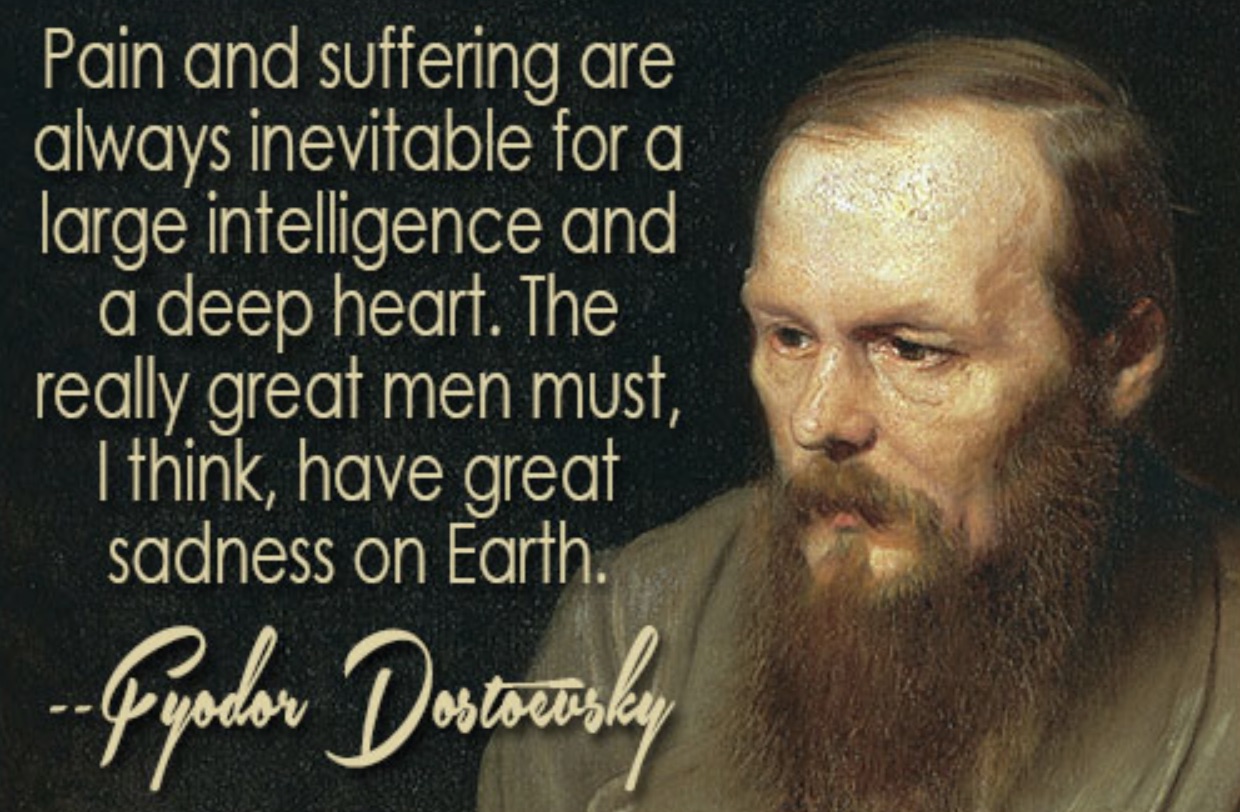 The only country that could have led Assad to carry out such a heinous and stupid act is Russia. Russia has produced wonderful writers, composers, and other artists, but if you read Dostoevsky, there’s a dark aspect to the Russian ethos that encompasses abysmal treatment of children. The most chilling ten pages I have ever read come in Chapter 4 of Book 5 of The Brothers Karamazov. The tormented Ivan is trying to justify faith in God in the face of the deliberate torturing and killing of children. After detailing many of these crimes he asks his religious brother Alyosha:  “can you admit the idea that the people …would agree to accept their happiness on the unjustified blood of a tortured child, and having accepted it, to remain forever happy?” The religious Alyosha answers that while he personally could not do so, he believes God can forgive anything.

In other words, Russia and China, certainly after the summit and possibly before, may well have been setting up the board to provoke Trump into taking a strong stand against North Korea. Why? Start with the fact that both Russia and China share a border with North Korea and that both have grown increasingly uncomfortable with Kim Jong-Un’s nuclear ambitions. But neither wants a Korean state occupied by the Americans, which along with South Korea would give America too great a foothold in the East. It is in the interests of both Russia and China to force Kim Jong-un to the negotiating table – and to let the unpredictable Trump do the forcing.

As long as Trump, not Xi or Putin, is the bad guy, the trusted Chinese will be able to save the day by offering to develop North Korea’s economy in return for the country tempering its nuclear ambitions. China’s One Belt, One Road, could easily extend to the northern part of the peninsula, and from that base China would also have much greater influence on the peninsula’s southern part and a greater stranglehold on the East. As a bonus, Trump reversed his campaign promise to label China a currency manipulator. In the end, while the U.S. got to pound its chest and on the surface strengthen its position vis-a-vis China, it’s China that, with Capablanca-like subtlety, willingly let Trump take center stage over the short term to create a more lasting decisive strategic opportunity for itself.

The Bottom Line For Gold And Mining Shares
And for gold, any action that increases Chinese hegemony in the East and elsewhere brings a gold-centric new monetary system into closer view. In a world where total wealth is estimated to be over $200 trillion and the value of available gold less than $5 trillion, the basis for a one-of-a-kind bull market is firmly in place. So if miners and bullion do give up some of their recent gains in the weeks ahead, be ready to back up the truck.” ***KWN has just released the remarkable audio interview with Michael Belkin, the man who counsels the biggest money on the planet, and you can listen to it by CLICKING HERE OR ON THE IMAGE BELOW.