On the heels of the Dow surging to 25,600, here is an important look at what the “smart money” and “dumb money” are doing.

“Smart Money” And “Dumb Money”
March 11 (King World News) – Here is a portion of today’s note from Jeff Saut, Chief Investment Strategist at Raymond James:  Of interest is the “smart money” versus “dumb money” indicator. Recall that “dumb money” tends to buy in the first half hour of trading, while “smart money” buys in the last half hour of trading. According to Bespoke:

“In chart one we show the performance of the last half hour intraday relative to the first half hour intraday in our Smart/Dumb Money index. As shown, that index started to rocket higher into the 2015/2016 bottoms and was a big tell in the peaking of equities during 2018 [See Chart 1 below]. 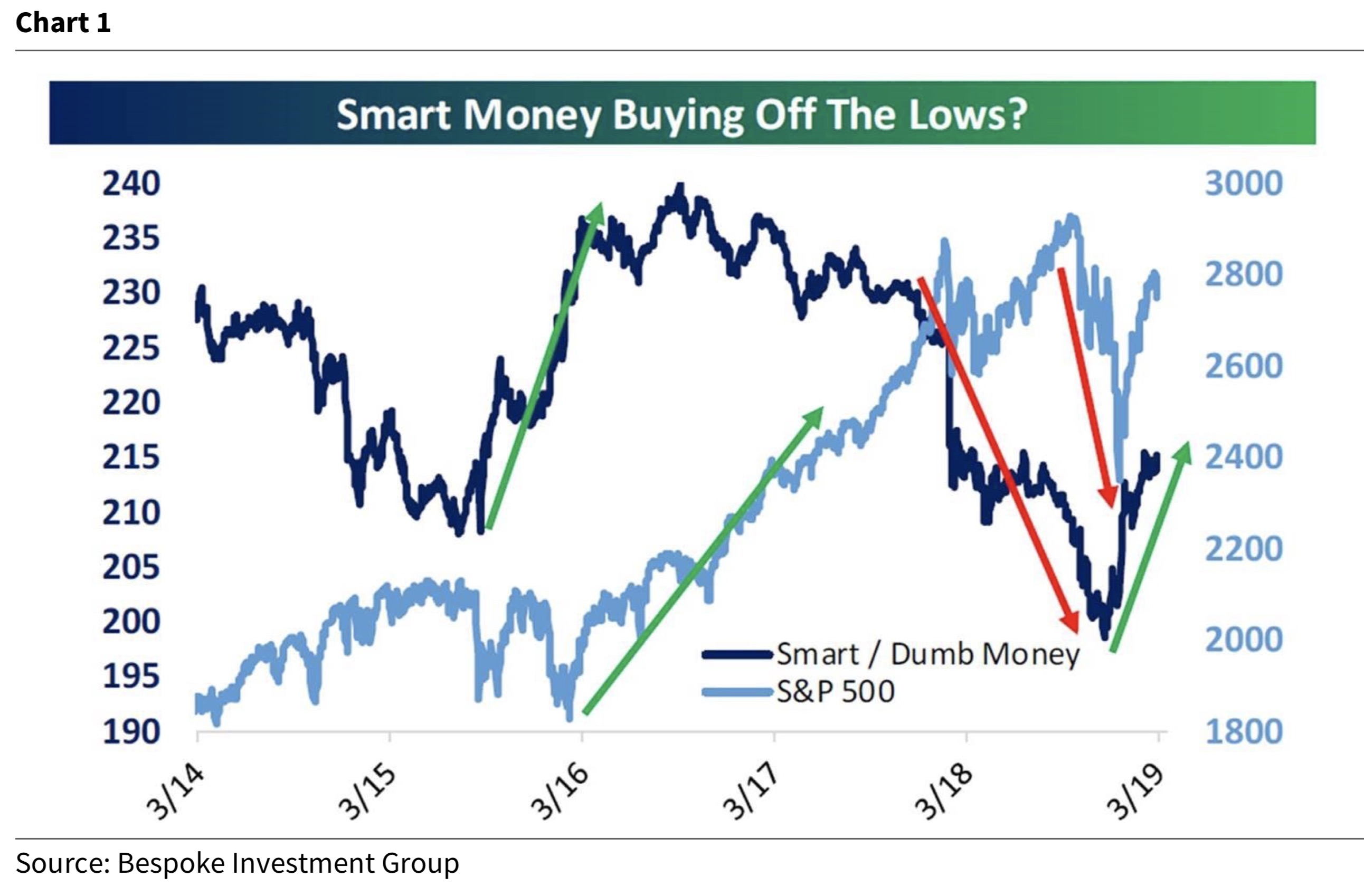 [Also] on a combined basis, there’s no evidence that the current rally is seeing large inflows from non-institutional buyers, which is the same message (in a different form) as the “smart” money index, and gives more confidence that strong hands have been buying the market over the course of the recent rally [See Chart 2 below].” 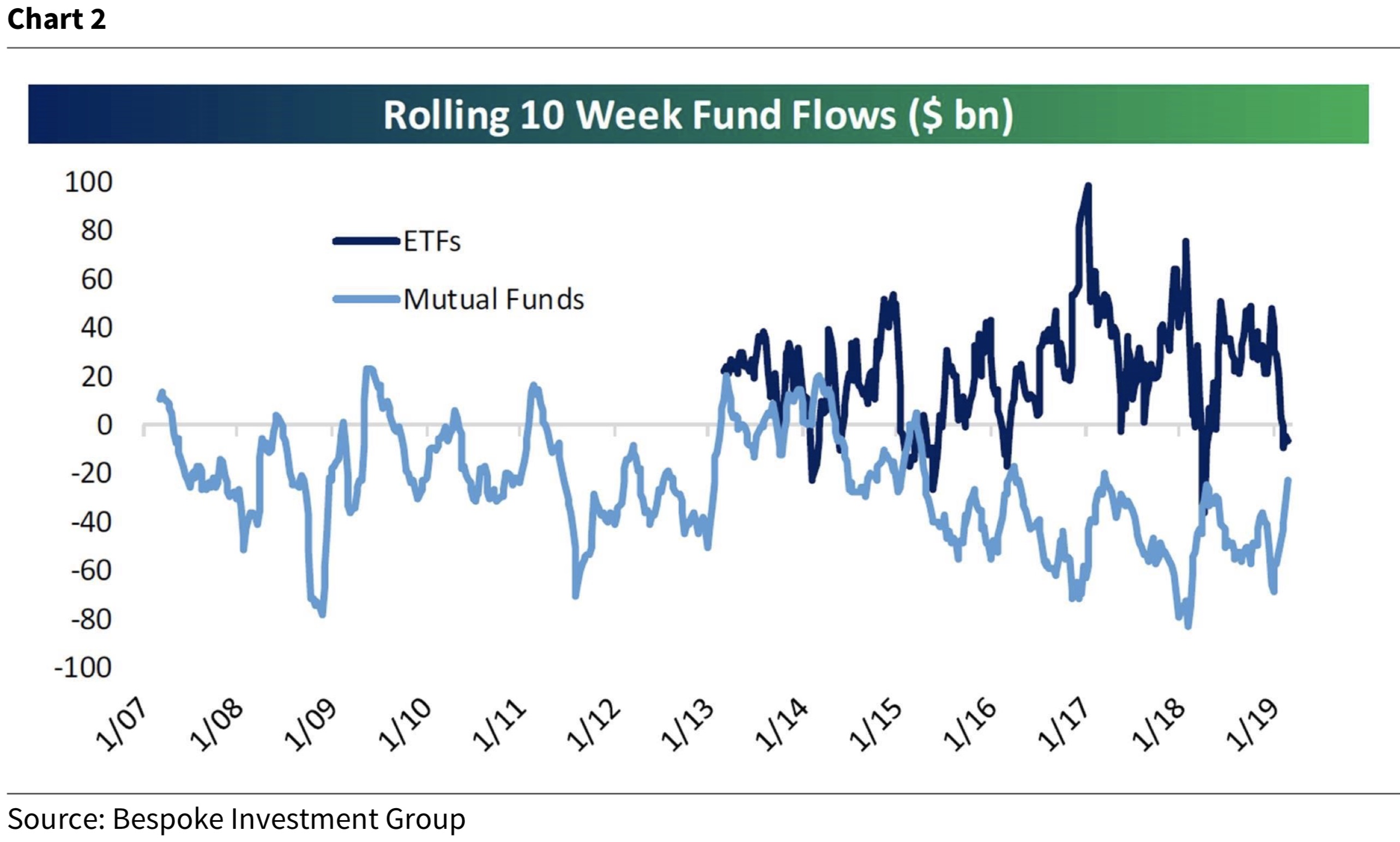 King World News: Also of importance is one final note and chart from Jason Goepfert at SentimenTrader:

“Still smart? Hedgers have continued to buy index futures, and that has been a very good sign since 2009 (see chart below).”

ALERT: Commercial hedgers on one of the biggest stock market index buying sprees ever! 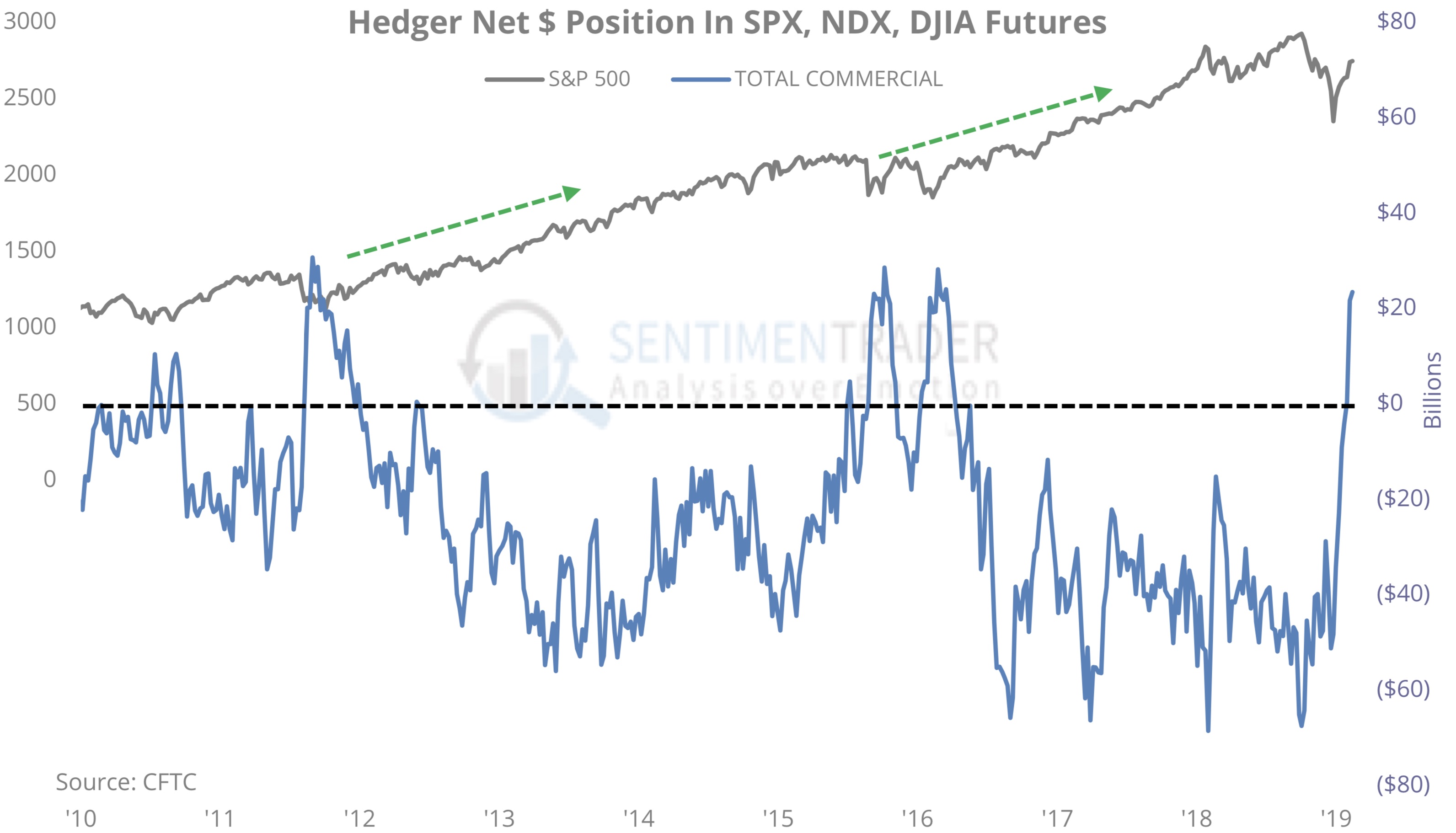 ***Also just released: Greyerz – We Are Now In The Final Seconds Of The Global Mega-Bubble CLICK HERE TO READ.

$1,800 Gold, Cranking Up Liquidity, Plus When The Bubble Pops