As we kickoff the fourth week of trading in the month of October, here is an important look at gold, silver and crude oil.

Energy & Metals
October 21 (King World News) – Ole Hansen, Head of Commodity Strategy at Saxo Bank:  “In the week to October 15 hedge funds continued to cover short positions across the agriculture sector in response to U.S. – China trade talk hopes and emerging weather concerns in North and South America. Both energy and metals, led by oil, natural gas and gold were sold and this left the combined net-long across 24 major commodity futures higher by 30% to 270k lots…

Major changes on a relative basis were selling of coffee together with buying of soybeans and cotton.

Crude Oil
Crude oil continued to be sold with the combined net-long in WTI and Brent falling by 11.5k lots to 290k lots, a nine-months low. The outlook for crude oil, not least WTI has weakened due to the seasonal rise in crude stocks and plunge in refinery activity. The recent spike in the cost of transporting crude oil due to U.S. sanctions against China’s COSCO (now easing) also helped temporarily cutting U.S. exports. Overall, we maintain the view that the weak global growth outlook is likely to keep crude oil range-bound around $55/b on WTI and $60/b on Brent. 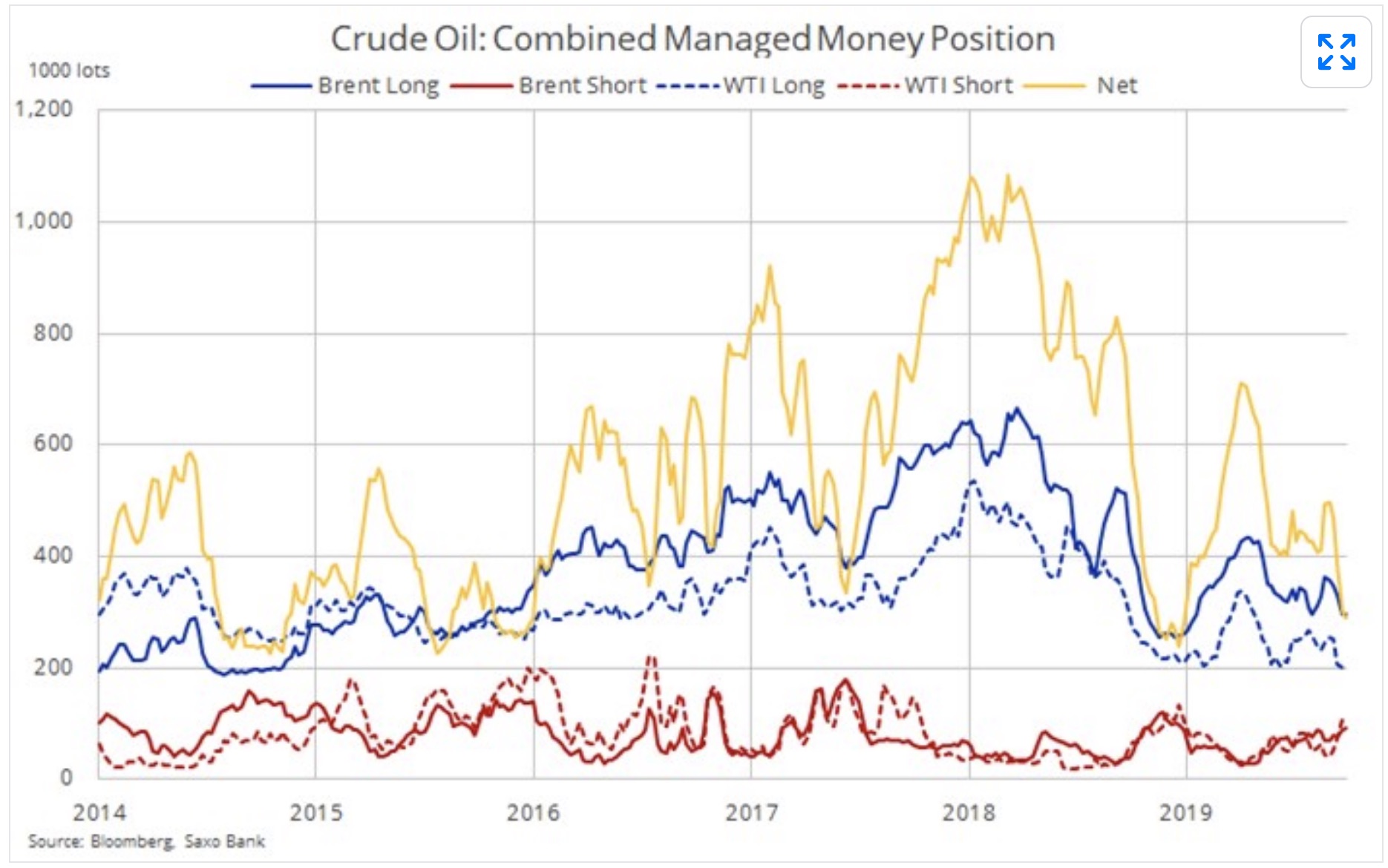 Gold
Funds cut bullish gold and silver bets by 12% to 220k and 42k lots respectively, both a three-months low. 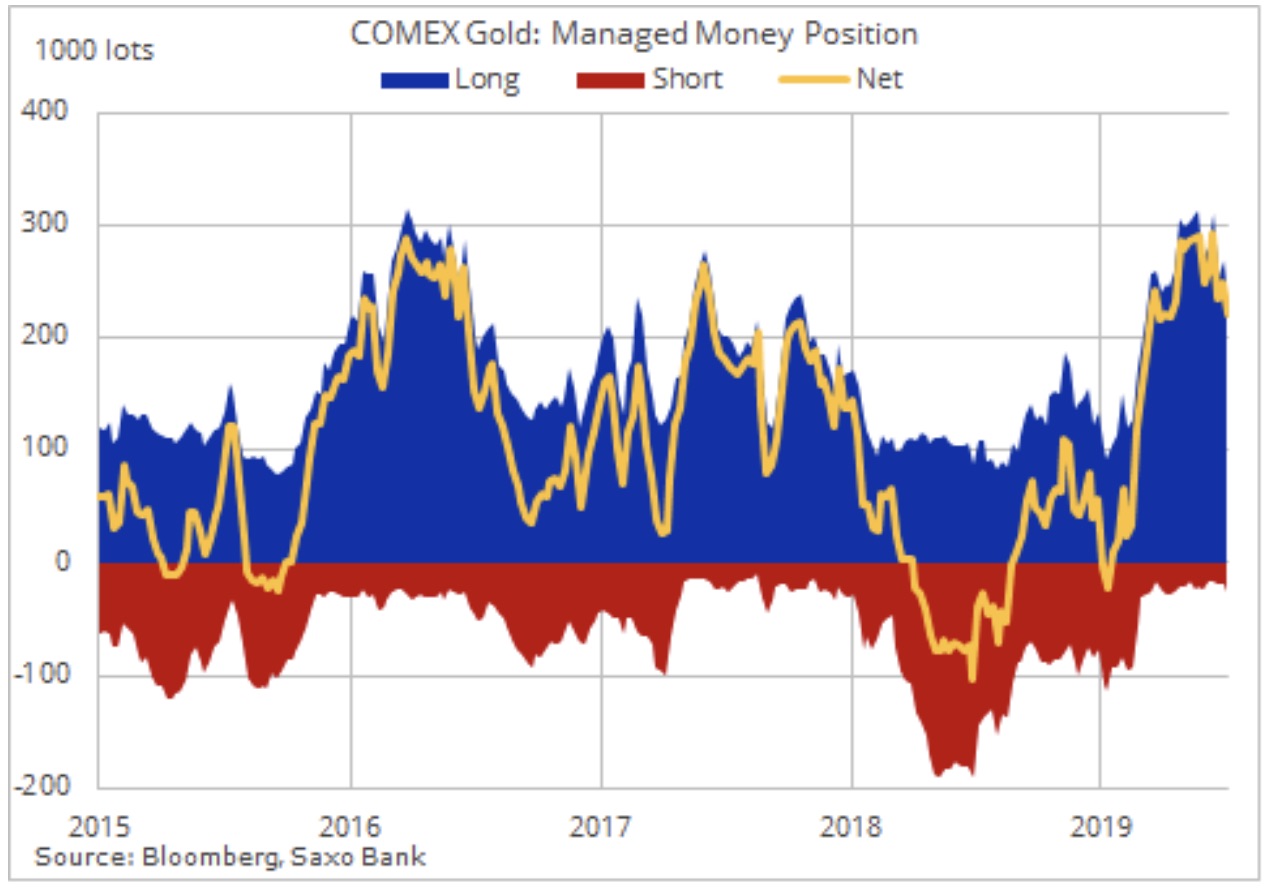 Range bound gold trading since early August around $1500/oz has sapped interest at a time where stocks have recovered and bond yields have reversed higher. With these developments in mind gold has done very well in avoiding a bigger correction, potentially supported by emerging dollar weakness. 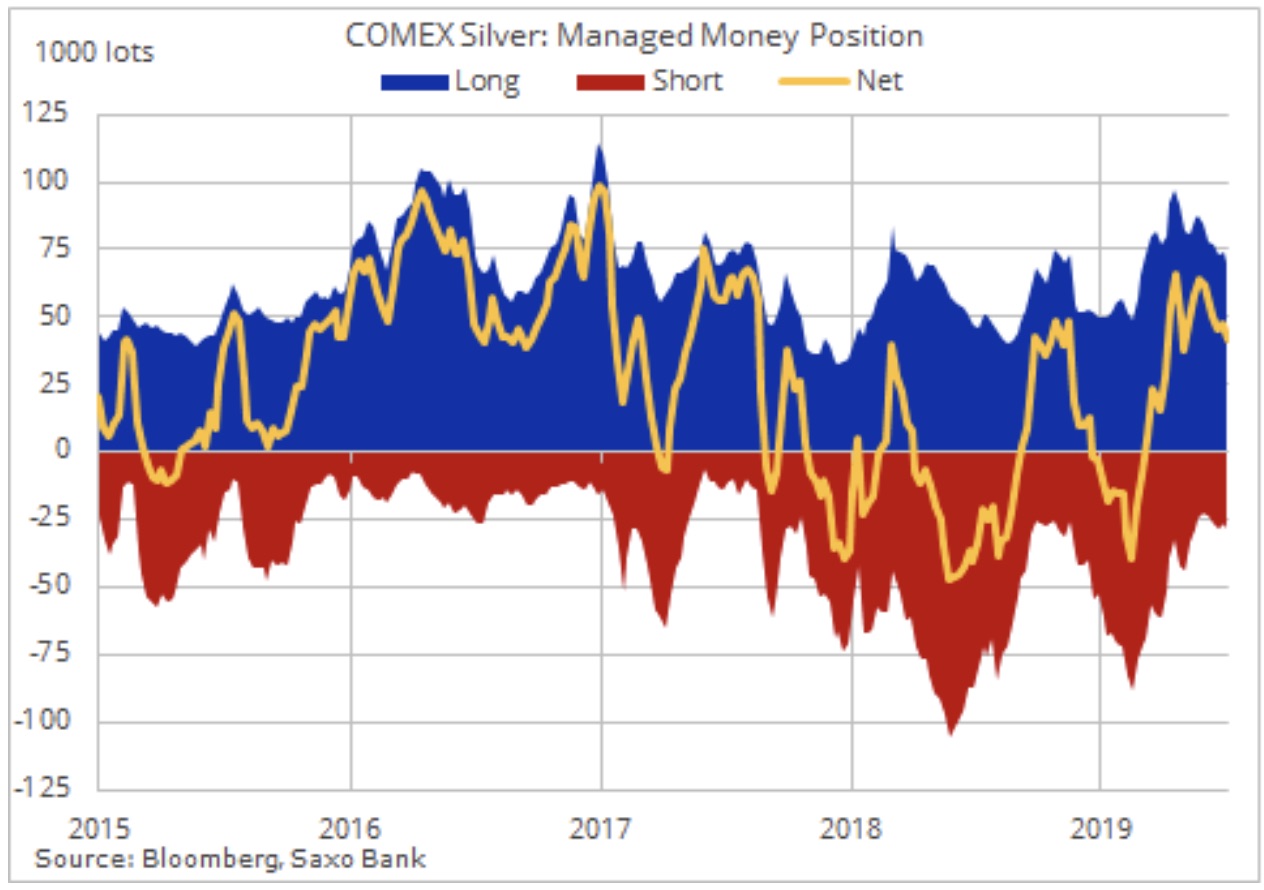 WE ARE SOON ON OUR WAY: One Of The Most Important Updates For Gold & Silver CLICK HERE TO READ.

Major Breakouts For Gold As Miners Set To Launch, But Here Is The Tricky Part