As the world edges closer to the next crisis, today the man who has become legendary for his predictions on QE and historic moves in currencies and metals just gave King World News a snapshot of the terrifying collapse the world will endure. 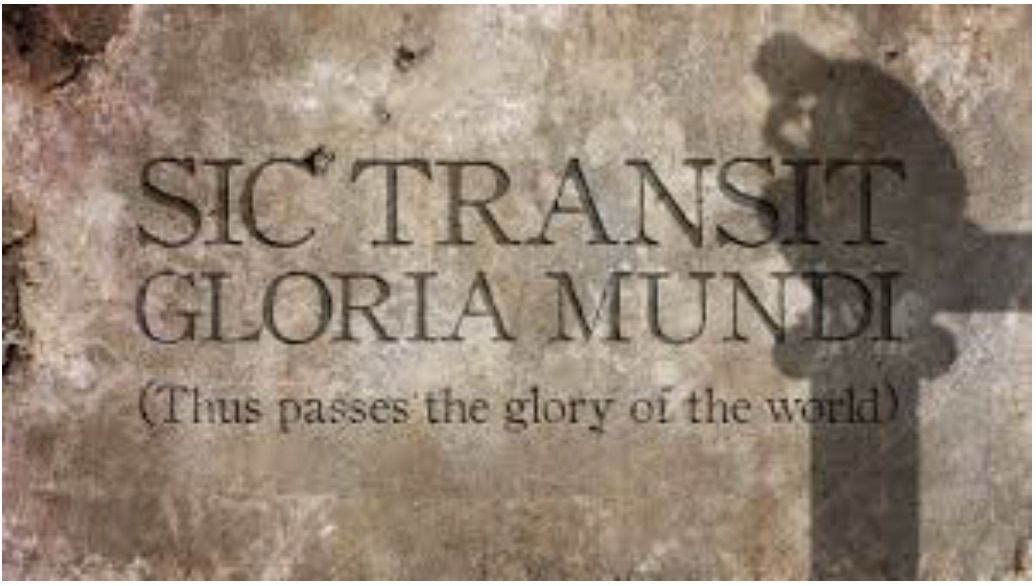 As we are now facing the end of a major economic, political and cultural cycle, the world is likely to experience a dramatic change which very few are prepared for. Interestingly, the peak of economic cycles  often coincide with the peaks in climate cycles. At the height of the Roman Empire, which was when Christ was born, the climate in Rome was tropical. Then the earth got cooler until the Viking era which coincided with the dark ages.

Yes, of course global warming has taken place recently as the effect of climate cycles. But the cycle has just peaked again which means that all the global warming activists will gradually cool down with the falling temperatures in the next few decades. The sun and the planets determine climate cycles and temperatures, like they have for many millions of years, and not human beings.

The climate activists are spending their efforts on the wrong issue. The big disaster looming for the world is not climate change but “the economy stupid” (phrase coined by Clinton).

Instead of worrying about global warming, which we humans cannot effect, we should instead issue a GLOBAL WARNING about the coming economic cataclysm so that the world can be prepared for the extremely serious problems that will hit us all in the next few years.

Below I outline a potential scenario for the next 5-10 years.

The world is heading for an economic disaster of a magnitude that is much greater than the 1930s depression. There is really nothing to compare with in history since the world has never been in a similar situation before when every single major economy is at risk.

Never before in history have all major countries lived above their means for such an extended period. And never before has global debt been almost 4X global GDP.

In addition, unfunded liabilities, like medical care and pensions, are at least $300 trillion globally. If we add gross derivatives of $1.5 quadrillion, which are likely to turn into real debt as counterparties fail, the total debt and liabilities are above $2 quadrillion.

$2 quadrillion is almost 30X global GDP. Who is going to repay this debt? Certainly not the current generation which has incurred most of it. And certainly not future generations which  will neither have the means, nor the inclination to pay for the sins of the previous generation.

Most major economies are continuing to spend money they haven’t got and thus to print money and expand credit at an ever faster rate. The US for example has increased debt by $800 billion since June. As the US economy falters, annual deficits of $1-2 trillion will increase manifold in coming years. And when the banking system comes under pressure, which is happening right now, money printing will accelerate at an ever faster pace. As the global economy falters, most major countries will see deficits and debts rising quickly.

Negative rates are a disaster for the world. Over $17 trillion debt now carries negative interest. Firstly, it kills the incentive to save. A fundamental economic principle is that savings equal investments. The world cannot grow soundly with investments financed solely by debt or printed money. With no savings, most banks do not have funds to lend to businesses. Thus investments will slow down dramatically. Negative rates also lead to investors chasing ever riskier investments to get a higher return. Also, pension funds will not achieve adequate returns to cover outstanding liabilities.

Like the climate virtually all asset classes are overheated. The bubbles that the credit expansion has created will implode in the next few years together with the debt that created the bubbles. Central banks around the world will make a desperate attempt to save the world economy by printing unlimited amounts of money.

As money printing accelerates, paper money will become worthless and a depressionary  hyperinflation will hit the world. Hyperinflationary periods on average last for around 1-3 years and are followed by a deflationary implosion of all asset values in real terms. At that point substantial parts of the financial system will cease to function properly or go bankrupt.

Before new financial and political systems emerge, there will be social upheaval and unrest. Criminality will be widespread as desperate and hungry people will do what they can to feed themselves and their children. In many countries, immigrants will be blamed for the misery of the people. Right and left wing radicals will fight immigrants. There are likely to be periods of anarchy as governments lose control. I do not believe that an elite will control the world at that point. The disorderly unwinding of asset bubbles and the world economy will be uncontrollable.

The above scenario could start at any time. In many respects it has already started. The world will only be aware of the next phase when global markets start the first severe phase of the coming secular downtrend. We could see this already in October which is a notorious crash month. Or it could start as late as in early 2020. We will also start to see increased pressures in the financial system including problems in many European banks as well as US banks.

Once The Bubble Bursts
Once bubbles burst, the course of events could be very rapid. The above scenario could all happen over a few years and probably not more than five. This doesn’t mean that the economy will start recovering rapidly in five year’s time. It just means that markets and the worst problems reach a bottom. But after that the world will crawl along that bottom for many, many years.

There is no absolute protection against this scenario since it will hit all aspects of life and virtually all people. Obviously, people living off the land in remote areas will suffer less whilst people in industrialist and urban areas will suffer considerably.

The best financial protection is without hesitation physical gold and some silver. These metals are critical life insurance. But there are clearly many other important areas of protection to plan for. A circle of friends and family is absolutely essential…For those who would like to read more of Egon von Greyerz’s fantastic articles CLICK HERE.

KWN has just released the powerful audio interview with Egon von Greyerz and you can listen to it by CLICKING HERE OR ON THE IMAGE BELOW.

McClellan On Silver
READ THIS NEXT! Tom McClellan Update On The Silver Market CLICK HERE TO READ

Greyerz – This Is The Truly Shocking Thing About Gold’s Surge To $1,550 CLICK HERE TO READ

UPDATE: The Big Picture With Gold Pulling Back CLICK HERE TO READ

Top Analyst Says The Price Of Gold Is Set To Soar 71% Within 2 Years!