Today the man who has become legendary for his predictions on QE and historic moves in currencies and metals warned investors to get prepared because the world monetary system is about to collapse.

BROKEN WORLD ECONOMY CANNOT ESCAPE SCYLLA & CHARYBDIS
July 5 (King World News) – Egon von Greyerz:  As the world economy desperately tries to navigate to a safe harbour, is it going be pulled down by the six-headed monster Scylla or the Charybdis whirlpool (Homer’s Odyssey). It seems likely that Scylla is now starting to swallow parts the world before Charybdis will finish it off…

A world severely weakened by debt and mismanagement is unlikely to have the strength of Odysseus to pass both obstacles without disastrous consequences. 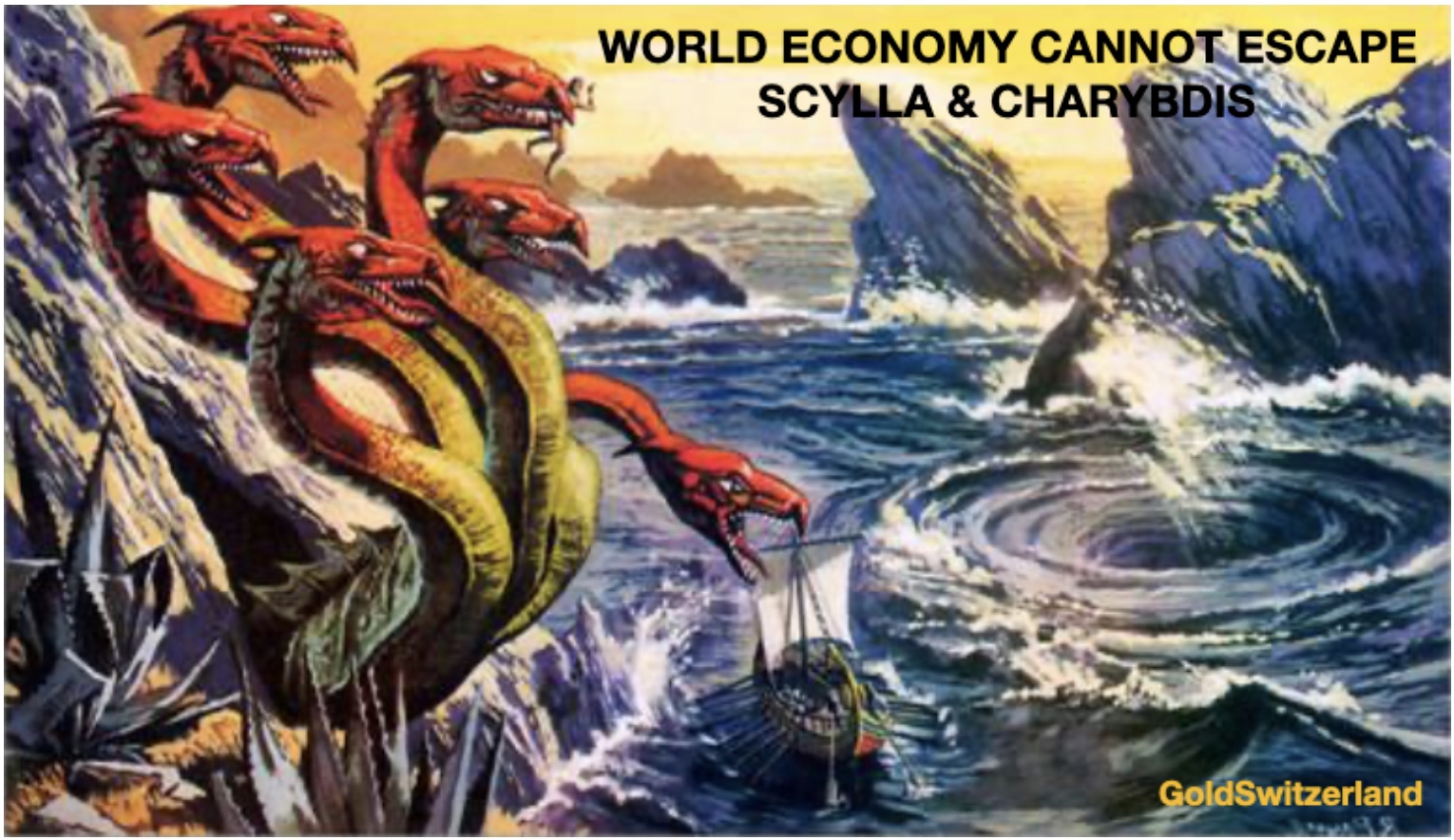 HISTORICAL WEALTH DESTRUCTION ABOUT TO START

We have had all the warnings
Don’t let Charybdis pull you down.
It would be irresponsible not to take immediate
action to protect your family and your assets.