Today the man who has become legendary for his predictions on QE and historic moves in currencies and metals warned King World News that the masses will see the total destruction of their assets. 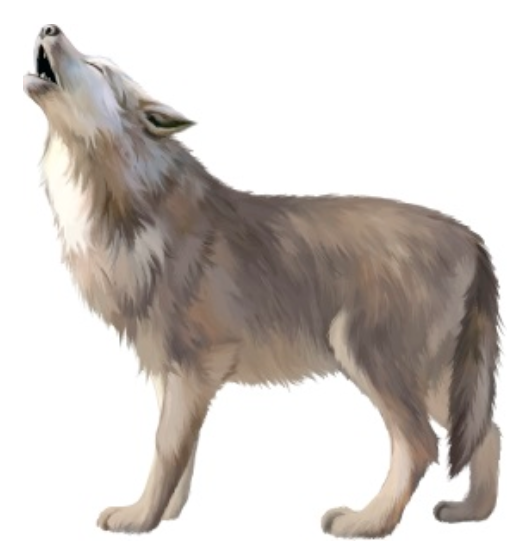 December 20 (King World News) – Egon von Greyerz:  Most people are familiar with the Aesop fable “CRY WOLF” about the little boy who falsely called out Cry Wolf too often to his villagers when there was no wolf around. Then when one day the wolf came and the boy again cried, no one believed him and the consequences were fatal for the flock of sheep.

I (and a few others) have Cried Gold for 20 years but less than 0.5% of global financial money is invested in gold, so very few have listened to our cry.

GOLD HAS OUTPERFORMED EVERY ASSET CLASS THIS CENTURY
It is even more surprising since gold has outperformed virtually every major asset class in this century as well as all currencies. The dollar is down 85% against gold since 2000. 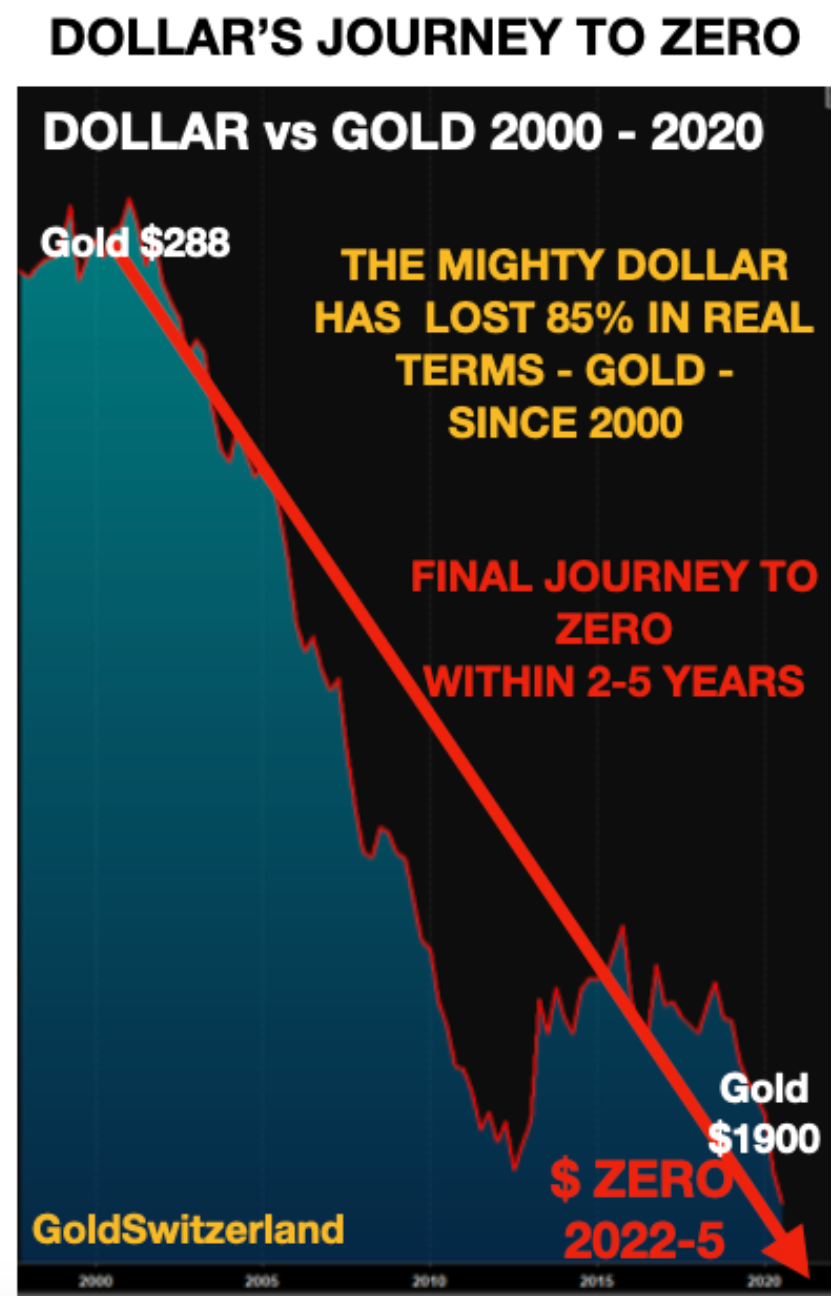 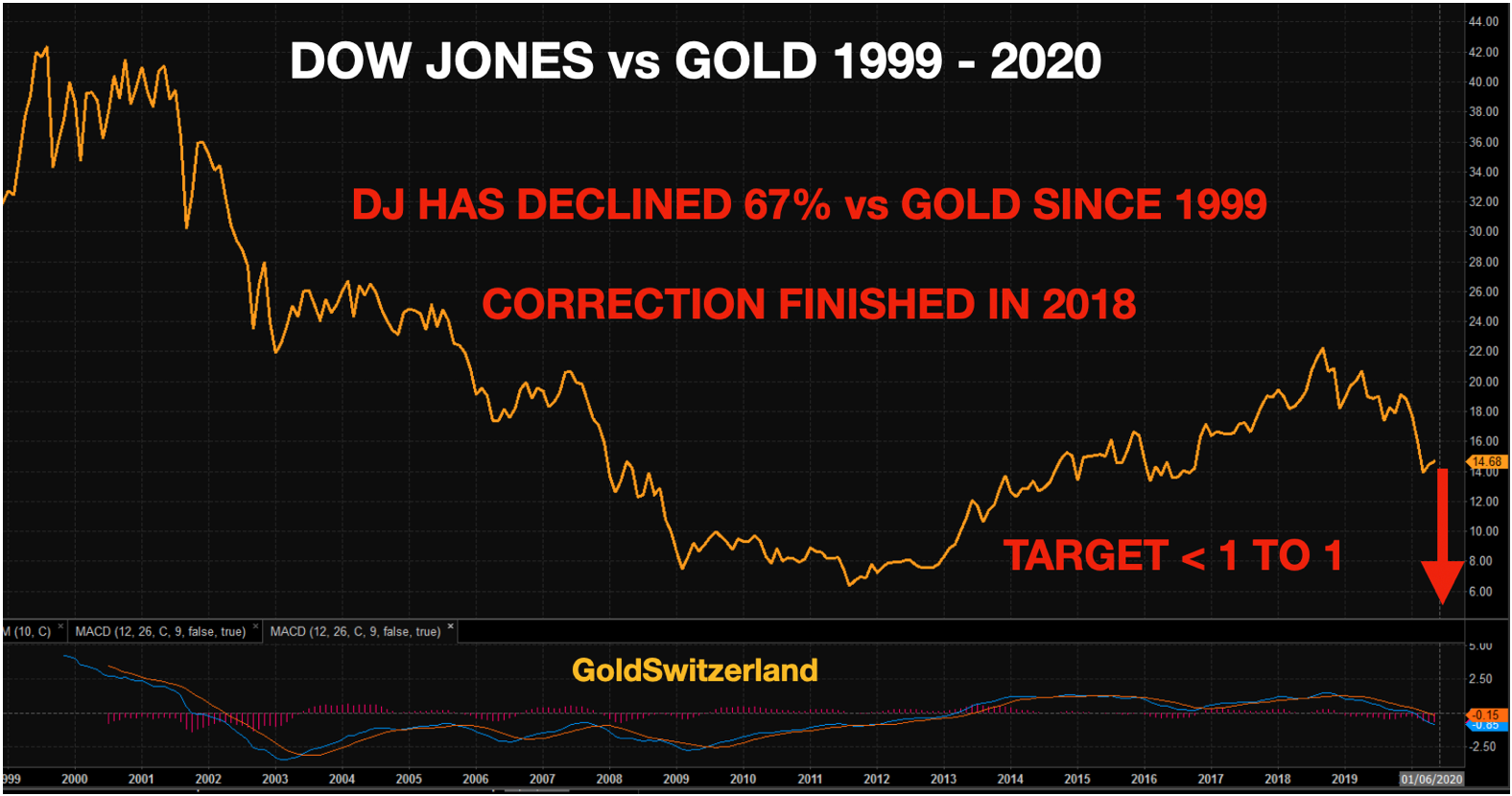 As a rule, mankind ignores history and therefore forgets that credit and printed money don’t equal wealth. So today’s conventional wisdom says that gold has little purpose in the modern world. But what you learn from a long life is that these beliefs contain no wisdom but are merely conventional…

“GOLD HAS BEEN A POOR INVESTMENT”
Most investors are not even aware of gold and the ones who are don’t understand it. For millennia people have kept their savings in gold but “today it is different.”

And who can blame people who disbelieve gold? When the media talks about gold it is normally in a disparaging way. They will start with the 1980 peak at $850 and point out what a bad investment it has been as gold declined for 20 years and didn’t reach the  1980 high until 2008.

The fact that gold was $35 in 1971 is never mentioned, and then moved up 24x by 1980, or that gold today is up 5,300% since 1971. Even more importantly, neither journalists, nor investors understand that gold doesn’t go up at all. Since gold represents constant purchasing power, it is not gold that goes up but the value of paper money that goes down.

“GIVE ME CONTROL OF THE MONEY……”

The last 100 years since the creation of the Fed has been a shameful period during which the rich and powerful have controlled the financial system. This has given them access to limitless funds at the expense of ordinary people.

The very wealthiest are leading the way for this elite crowd and adding hundreds of billions of dollars to their wealth in a year when the majority of “normal” people are fighting for survival. Just take the Tesla founder Elon Musk. At the beginning of this year his wealth was $26 billion. As of Dec 18, his wealth has grown by $130b to $156b. That is a massive 6-fold increase built on hope and faith of investors rather than on sound financial performance.

If we take the world’s richest man, his gain is a mere $67b making his total wealth $182b. That makes Bezos’s wealth higher than the market cap of 453 of the S&P 500 corporations and bigger than companies like Exxon or Chevron. Many others increased their wealth massively, like Dan Gilbert (Quicken Loans), who went from $7b to $44b in 2020, and Bernard Arnault (Louis Vitton Moet Hennessy) up $36b to $146b.

THE WEALTH GAP IS MAKING REVOLUTIONARY PROPORTIONS
The gap between the rich and the poor is now reaching proportions that history warns us about. In 2018, the richest 26 people on earth had the same net worth as half of the world’s population or 3.8 billion people.

Having just watched the Last Tsars about the period leading up to the 1917 Russian Revolution, it is a stark reminder of what happens when the wealth gap reaches the proportions that we are seeing in the world now.

The world is already regularly seeing many protests in several countries. So far this has not yet led to civil wars. But when the current unsustainable debt and asset bubbles in the world implode and the world realises that printed fiat money has zero value, we are going to experience a different situation.

The trigger for revolutions is mostly gross inequality combined with lack of work and income for the masses plus empty stomachs. As the world economy implodes in the next few years, these conditions are very likely to come upon the world. There are already clear indications that food shortages will soon hit the world.

How it will all finish is of course impossible to forecast but the suffering for most people will be very severe.

LOAN SCHEMES – “A GIANT BONFIRE OF TAXPAYERS’ MONEY”
The trillions of dollars of debt that central banks and governments have created this year obviously exacerbates the world’s debt trap. Debt comes from the Latin “debitum” which means something owed. But no one must believe that this debt will ever be repaid and nor will interest payments be met.

In the UK for example, the pandemic loan schemes are a farce. Due to enormous pressure on the state to hand this money out quickly, a lot has gone to unsound or fraudulent borrowers. One scheme called the Bounce Back Loans Scheme for £43 billion was launched in May. It is estimated that as much as 60% will be lost to defaults and fraud.

A senior London banker described the schemes as “a giant bonfire of taxpayers’ money with banks just handing out matches”.

The President of the ECB Supervisory Board Andrea Enria recently said that many of the 117 banks it oversees are “all over the place” on provisioning for non-performing loans. The ECB has warned banks that they could face an extra €1.4t of these loans compared to the 2008 crisis.

If we look at the $280 trillion total global debt, the value of this debt is linked to the assets that were acquired with the debt. When bubble assets such as stocks, bonds and property falls by 50-90%, which is very likely, this $280t debt will be worthless.

UP LIKE A ROCKET – DOWN LIKE A STONE
As I pointed out in my article last week, out of the $280t global debt, $200t has been created since 2000! That is absolutely astounding and is a clear warning that all the wealth which has been created in the last and 20 years is likely to fall like a stone. We know from the saying that anything that rises like a rocket will fall a lot faster than it rose. So once the fall starts, it could easily happen in say 2 years and probably not more than 5.

I also showed in my article last week how quickly an over-indebted country’s currency can collapse and how quickly hyperinflation can rise. My good friend Alasdair Macleod has taken the KWN readers thorough these type of scenarios many times in his superb pieces.

CRY WOLF
So back to CRY WOLF. I have in numerous articles talked about the risks in the world which are incontrovertible although most investors prefer to suppress them. I suggest that these permabull investors turn their charts of stock, bond and property prices upside down, just to realise what could happen. But they must also remember that falls are many times faster than rises.

Also, falls start so quickly that almost everyone is caught out. And for decades central banks have saved investors, and did it again in March this year. So there is very little fear in the market that next time will be any different and that investors will be deserted.

But let us play with the idea that this time CRY WOLF is a genuine call and the crash actually happens. If that were the case, the unsuspecting lambs will be slaughtered so quickly that no one has time to save himself. And this is how we will see the biggest wealth destruction ever in history as I wrote about a couple of weeks ago.

CRY GOLD
The choice is simple. Ignore the risk of an implosion of the financial system and you could be led like lambs to the slaughter and never recover again in your lifetime. Or, alternatively, buy the only money that has survived in history and the only money ever that has maintained its purchasing power.

As paper money collapses together with all bubble assets (stocks, bonds & property), precious metals like gold and silver will not only preserve your wealth but most likely also enhance it substantially. So please listen to my CRY WOLF and CRY GOLD calls. They will not only give you peace of mind but also protect you from the total destruction of your assets…This will link you directly to more fantastic articles from Egon von Greyerz CLICK HERE.