With the Dow surging and the price of crude oil stabilizing near $70, here are two truly remarkable looks at the gold market. 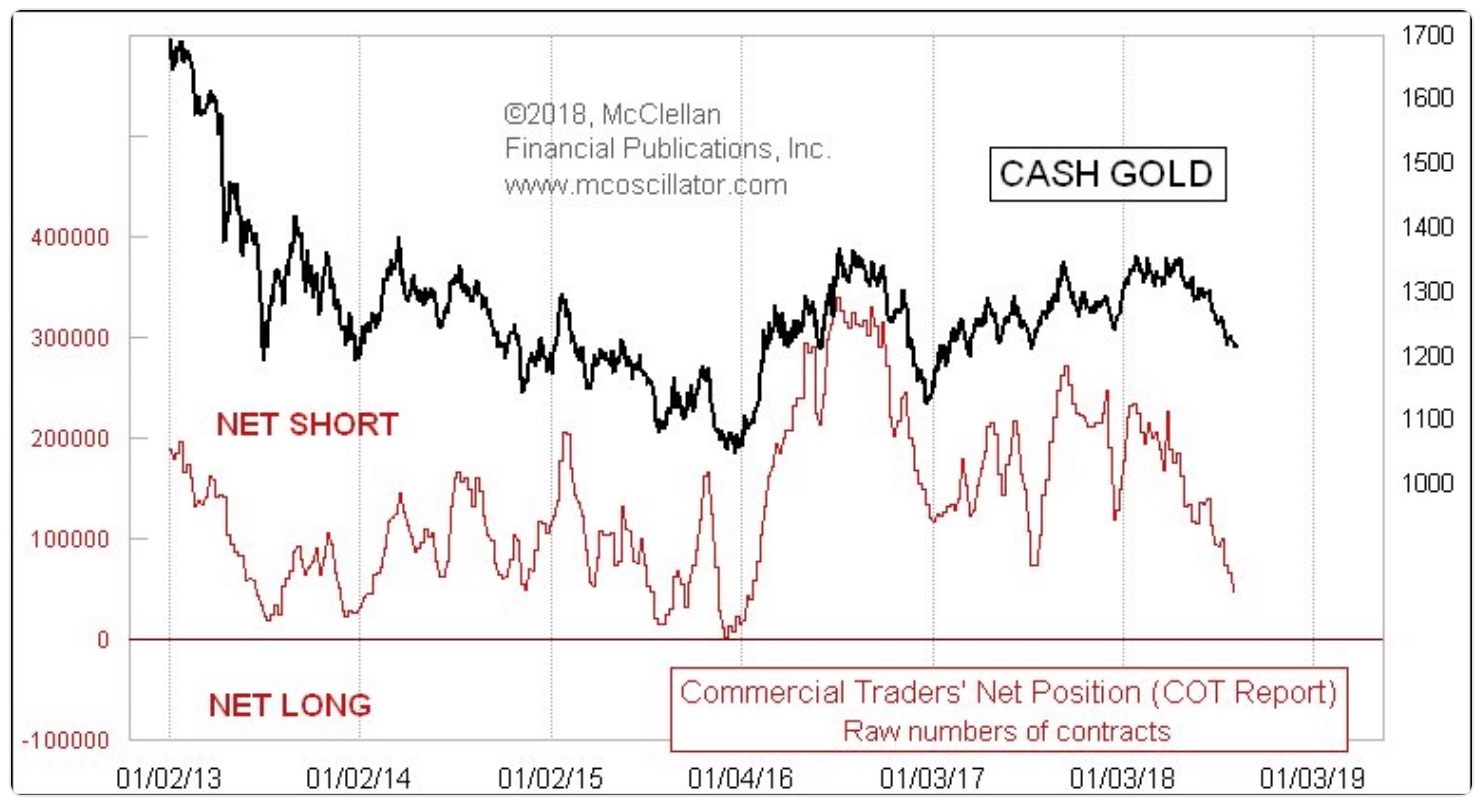 From SentimenTrader:  “Whatever your views on the barbarous relic, it’s hard to ignore the sentiment behind Vanguard dropping “precious metals” from its Precious Metals and Mining Fund after having dropped “gold” at almost the exact low in May 2001.” 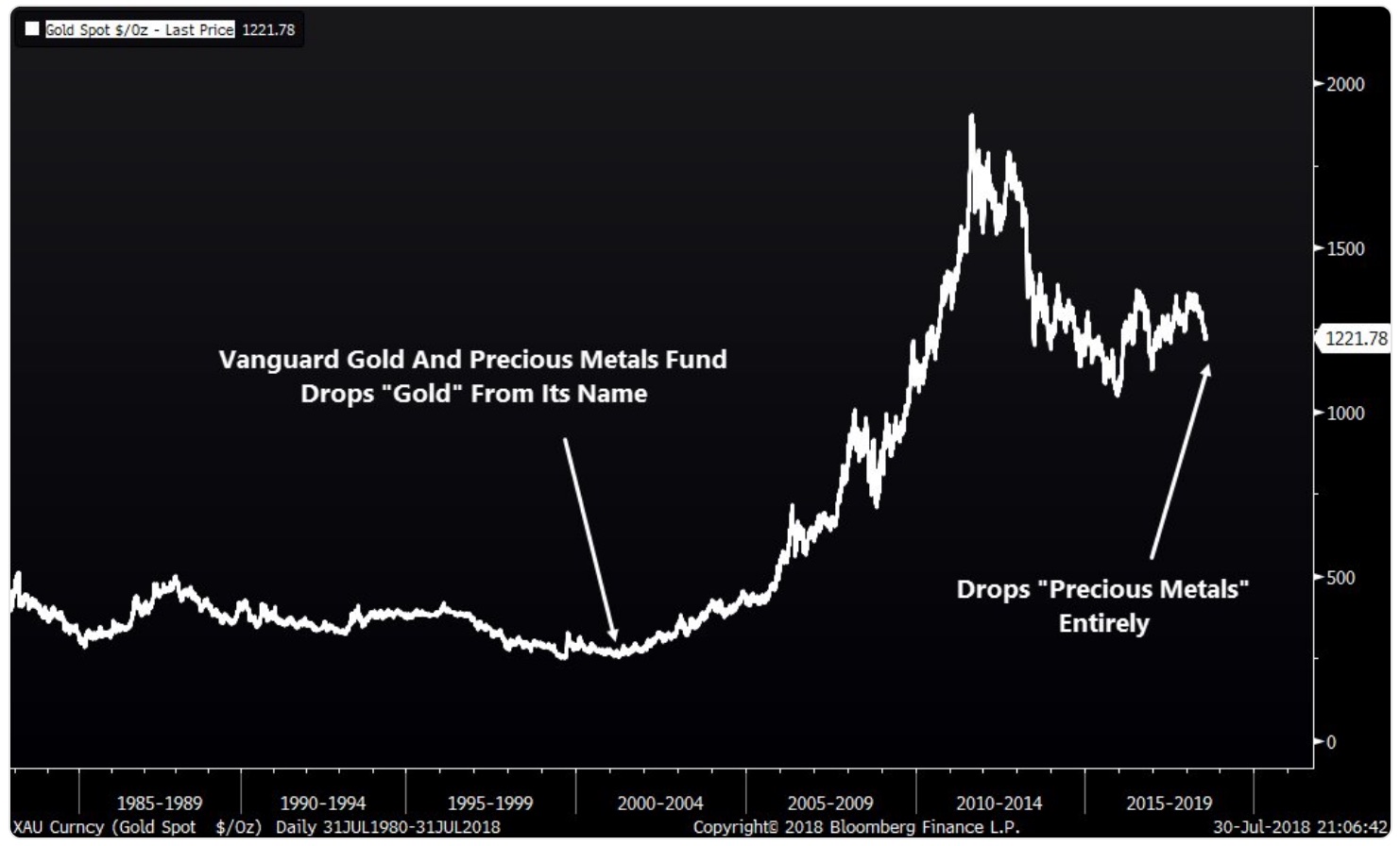 King World News note:  We are on the verge of a major bottom in the gold market.  Meaning, we are in the final stages of psychological warfare by Western central banks against individuals positioning capital into hard assets, or in this case, hard money.  When these charts reverse to the upside it will mark the beginning of one hell of a move higher for holders of “the metal of Kings.”

ALSO JUST RELEASED: REMARKABLE: We Have Never Seen This Since We Began Tracking It 26 Years Ago! CLICK HERE TO READ.