As the world edges closer to the next crisis, today the man who has become legendary for his predictions on QE and historic moves in currencies just warned about the greatest illusion in world history and the importance of the number 666. 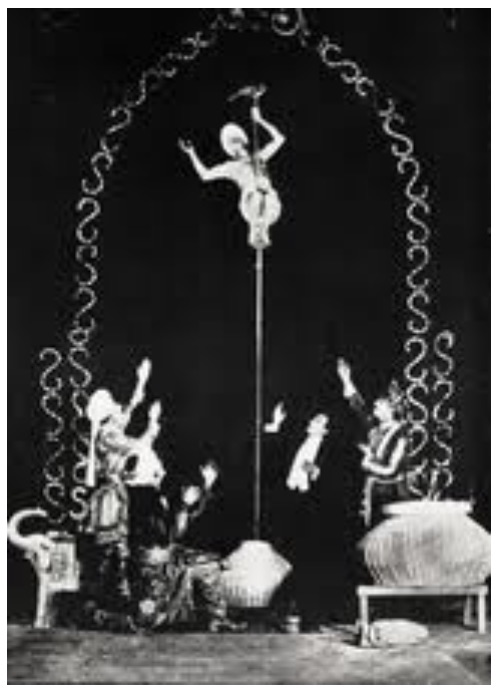 The Great Illusion And The Importance Of The Number 666
September 9 (King World News) – Egon von Greyerz:  “What is history’s greatest illusion?  Is it the Indian Rope Trick or is it performed by Houdini or maybe David Copperfield? No, this is an illusion which is so big that the whole world has fallen for it. Virtually every individual in the Western world and also many in the East believe in this illusion.

The  illusion is so big and so obvious but still nobody can see it. The reason nobody can see it is because nobody wants to see it. Everybody prefers to be under the illusion that the emperor has clothes although he is totally naked.

“WeWork” To Hemorrhage Money
Before we talk about the big illusion, let’s look at one of the many mini-illusions that has emerged in this century. The name of the company should really be “We don’t make money” but they have chosen another name which is just as bad namely “WeWork.”

I have learned since I was a young man that when you work, you are supposed to earn money. But this is a company that in this modern era is based on, as they state, “elevating consciousness” and not on something as mundane as making money. This company really seems totally unconscious. How else can they make losses of $500 million, $900 million and $1.9 billion in the last three years and lose even more this year? The management is valuing the company at $47 billion but few people agree with them. So what do they do? They rent out office space with short term leases whilse they have long term lease obligations of almost $50 billion. A very dangerous mismatch.

The founder and CEO has already sold shares for $700 million. Seems that he doesn’t believe what he is preaching. This reminds me of a company in the UK during the South Sea Bubble era in the 1720s that was raising money for a new venture. They had no activity and no detailed plans. The prospectus just said that their purpose was to make money. Well at least that is a better goal than losing billions like WeWork.

Virtually All Of The World’s Wealth Is Built On An Illusion
And sadly this is the case with the world as a whole too. Soon we will discover that virtually all wealth is built on an illusion because global wealth around $325 trillion was never real but just  an illusion based on fake or manufactured money. As global debt of $250 trillion implodes, so will the assets that were supported by this debt. In addition there is at least $1.5 quadrillion of derivatives that will totally disappear into a black hole. This will make the asset devastation exponentially greater.

The destruction of assets, when all this is finished, will mean that in real terms, stocks, bonds and property values, will most likely lose on average 90-95% (vs real money — gold). Many paper assets will disappear totally while some hard assets will fare a bit better. Since most people in the West have debt, they will not suffer terrible losses but the problem will be if they borrowed money against their houses, they will be left with negative equity. The wealthy who have most of the wealth in the world will naturally see the biggest losses.

The Big Problem For Most People
The big problem for most people is that they live under the illusion that they will be saved by governments or the central banks. The reason for this is because for decades governments have always stepped in and printed more money to prop up stock or bond markets, for social security, pensions and saved failing banks. Since governments have access to endless free money through money printing, there have been unlimited resources to solve every financial problem that arises. And now with $17 trillion of debt with negative interest, governments are now being paid for borrowing money. What an absurd world.

But it will lead to even greater absurdity before it is over because with negative rates, governments can borrow more than ever, and will!  Many investors will do the same thing and invest millions or billions into projects that are just marginally profitable. So with negative rates, governments and central banks are not solving the debt problem of the world but exacerbating it. By trying to solve a debt problem with more debt, the problem will grow exponentially before it implodes. In the end, no one will buy the debt. Why should you buy a debt paper from a government that will either not be able to repay it at all or pay it back with money which has lost at least 99% of its value.

There is of course one asset class which is not an illusion but very real. It has an intrinsic value, is nobody else’s liability and has been money for thousands of years. I am of course talking about physical gold and silver. Precious metals are absolutely essential to hold as protection and insurance against the coming destruction of assets. There is still less than 1/2% of world financial assets in physical silver and gold. Neither individual investors, nor institutions have yet woken up to the fact that there is this wonderful investment that you can hold which over time has always maintained purchasing power while all paper money has always gone to ZERO. And sadly most investors won’t realize the importance of gold and silver for their economic survival before it is too late.

Gold & Silver Have Started The Next Bull Market Phase
As I have pointed out a few times lately, the precious metals have now started the next phase in the bull market that began in year 2000. After a six year correction, we have moved to new highs in gold in most currencies except for the dollar. So it is only a matter of time before gold in dollars also makes new highs above the $1,920 peak set in 2011. It could happen later this year or in early 2020.

In the very strong bull market in the metals which we will experience in coming years, it will be very difficult to time corrections since the big risk will be to miss the upside moves. There will of course be violent corrections, especially in silver, but they will be rapid and quickly reverse. Last week we saw such a correction. For long term holders they are irrelevant. But if you are not fully invested they give an excellent opportunity to purchase metals. The current correction could last a few days to a maximum of ten days. Price wise we will probably not see much lower levels.

Thereafter I expect a very strong move lasting into the year end and continuing in 2020. Gold at $2,000 by the year end is not impossible with the price of silver at that point trading above $30. But wealth preservation investors must remember that holding metals is much more important than focusing on whatever level gold and silver reach by a certain time. I am only giving these potential targets to indicate that the metals are now in a phase or cycle when the moves to the upside are likely to be very significant. 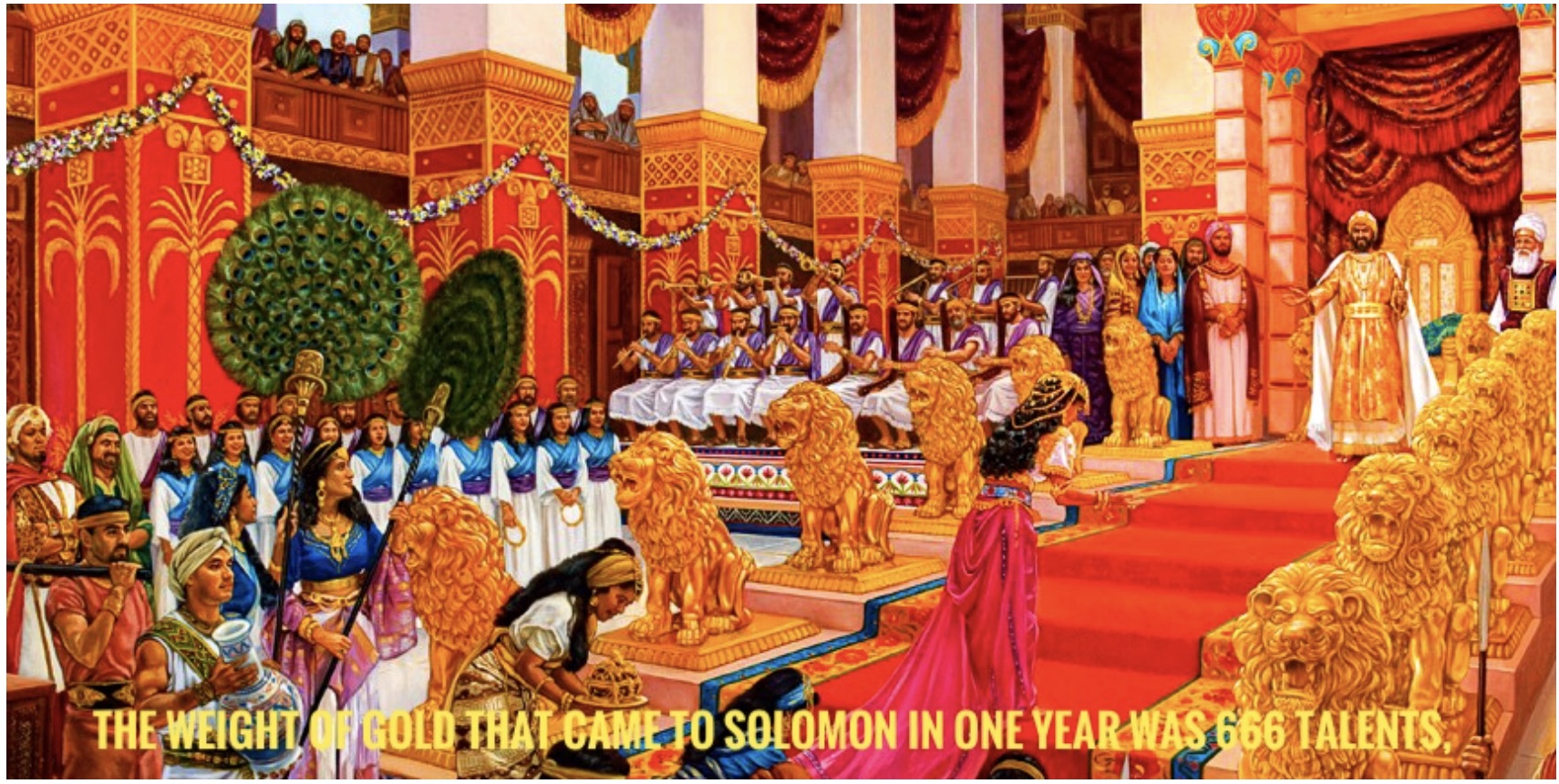 The Number 666 In The Bible
A few times I have talked about $666 in connection with silver. Some investors are superstitious and either like to change the number to 665 or 667 or talk about 666 as Luciferian. My long standing minimum forecast for gold is at least $10,000. If we assume that the gold/silver ratio goes back to its long term historical average of 15/1 (82/1 today), that would give a silver price of $666. People who think that this figure is ominous have focused on the wrong chapter in the bible.

“The weight of gold that came to Solomon in one year was six hundred sixty-six talents of gold.”

666 talents of gold is 22 tonnes. which today is worth over $1 billion. This was the amount of gold that King Solomon received in payments and gifts. Thus, 666 is a very important figure in the Bible for precious metals investors, who should not simply focus on the negative reference from the Book of Revelations.

So follow the wise King Solomon and collect as much gold as you can afford, whether that means one gramme every month ($50) or much larger amounts. For the very few Venezuelans who did before their money was destroyed, it saved their lives…For those who would like to read more of Egon von Greyerz’s fantastic articles CLICK HERE.

Global Central Banks Making Moves, Plus A Monetary Endgame Plan And A Look At What Hit Lowest Level Since 2016 CLICK HERE TO READ

One Of The Greats Just Warned, “We Are At The Endgame” Plus An Update On Gold & Silver CLICK HERE TO READ