Today the man who has become legendary for his predictions on QE, historic moves in currencies, just issued a warning to King World News about war, market turmoil, shocks and exchange controls. 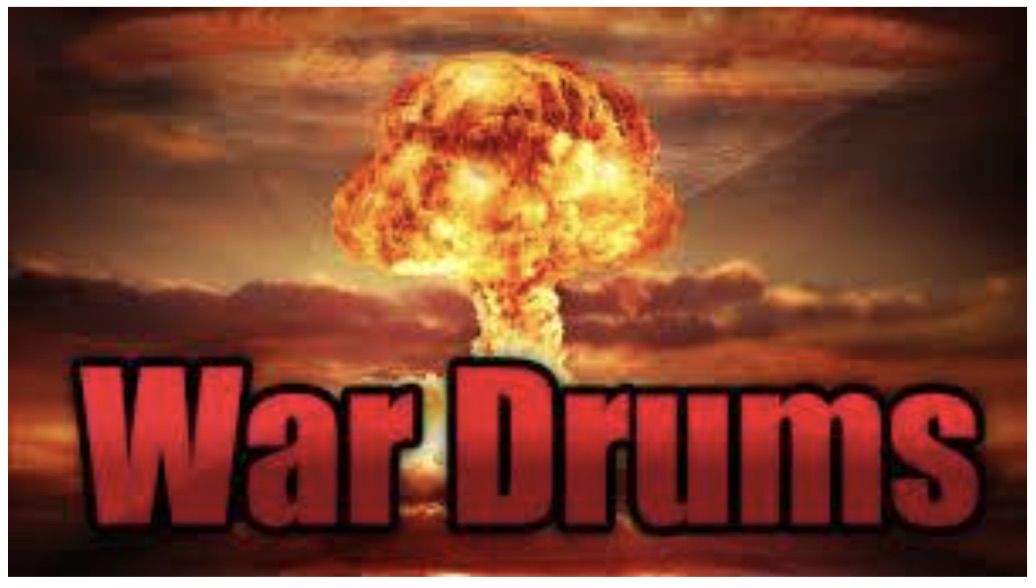 War, Market Turmoil, Shocks & Exchange Controls
Egon von Greyerz:  “As I stated in my KWN interview last week, the risk of a major war is now very high.  The dilemma is that this is just one of many problems with potentially catastrophic consequences the world is currently facing. Looking at total global risk, the current situation is probably graver than anything the world has faced in history. We are not just looking at the risk of a nuclear war between the US and North Korea. Instead, we are looking at a war that easily could lead to a world war involving initially China and Russia, but later on many more nations. It would also feature economic, financial and political risk of unprecedented severity…

Egon von Greyerz continues:  “Ordinary people are very fortunate that they are never exposed to the real problems in the world. Between Facebook, Instagram, YouTube, and some game shows on television, they are blissfully ignorant of the very precarious position of the world. Luckily for most people, television news and newspapers report very little that touches on anything but local news or the latest divorce or affair by their favorite artist. Virtually no journalist today is capable of doing any analysis or objective reporting. They just report what they are being fed by government or a handful of media organizations that dominate the world.

The average person is totally ignorant of the insoluble risks facing the world today. Here is just a partial list:

Chaos As Governments Run Out Of “Other People’s Money”
And this is exactly what will happen next. As the world runs out of OPM, there will be no money or taxes to fund social security, medical care, pensions, defense etc. On the one hand, this will of course be devastating for most people who are totally dependent on the state and OPM.  On the other hand, government tax departments will be decimated or disappear, and all the unproductive bureaucrats and civil servants will also be gone. This will be a very good thing.  I do realize that the transition will be devastating for most people initially, but hopefully the Phoenix that will come out of this will create a much stronger and sounder system based on personal initiative and self-reliance rather than destructive socialism.

So is the US is now a dangerous nation based on the conflict with North Korea? Yes, this is certainly a high-risk event. Both Kim and Trump are impulsive characters. With over 28 resignations or firings in Trump’s administration over the last seven months, there are clear signs of instability and lack of harmony.  As I said in a recent interview, after Trump had been elected in late November, with Trump being a dominant individual and an entrepreneur, I expected him to change his mind constantly. Most entrepreneurs have no strong principles but the ability to change their mind frequently. It is this flexibility that makes them successful in business. But this doesn’t work in politics.  I also predicted that Trump, being a very strong individual, would not be able to retain individuals with strong personalities. Hiring a number of very top people, including billionaires, was a high-risk strategy for Trump. The 28 people who have left, so far, proves that point.

The risk with a leader who is under tremendous pressure on the domestic front is that he turns outwards and starts a war. This is an extremely normal pattern in history. And nobody in the US can stop the President from pushing the nuclear button. With three top generals in the White House as Trump advisors, the risk of war is significantly heightened. But hopefully Trump will understand the horrendous consequences of starting a nuclear war.  Trump should avoid a desire to join former leaders such as Bush, Obama, Blair, Cameron, Sarkozy and others, who, through their ignorance and megalomania, managed to change global history for the worse over a very long period of time.

With regards to Kim of North Korea, he would probably be very keen to prove his nuclear power. The biggest risk is that his missile misses Guam, turning him into a laughing stock. As an alternative, South Korea would be an easier target and therefore more likely. But let us hope and pray that we will not see a nuclear war. That would be the end of the world as most of us know it today.

Endless US Wars
“The fact that many, especially in Europe, see the US as a dangerous nation is of course not new. Since WWII, the US has been involved in numerous wars, many of which were started by the US, assisted by other nations. The unprovoked attacks on Iraq and Libya are examples of US interference, with dire consequences for Europe andr the rest of the world. In Iraq, more than ½ million people died as a result of the war. But the serious and long term effect of these wars is the migration which Europe is now experiencing. Germany, for example, has had 1.5 million immigrants since January 2015. There are no jobs, nor housing or schooling for most of these migrants and the legal system cannot cope with all the asylum seekers. This will have long term and permanent social and cultural consequences of major proportions for most European countries. Europe will be very different place in 2050. Also, the terrorism that the world is now experiencing is only the beginning. Even without a major war, the world as a whole will be much less safe due to terrorism and an increase in crime. I was born at the end of WWII and have experienced a long period of peace and prosperity as well as safety. Sadly, my children and grandchildren are unlikely to be so lucky.

I do realize that bearers of bad news are unpopular figures. If they are right, nobody will thank them and many people will blame them. If they are wrong they will be ridiculed. But as most KWN followers know, I and many of us who contribute, are not here to be prophets of doom and gloom. No, my purpose is just to tell things as I see them and to warn people about the massive risks that the world is now facing. Some people will argue that ignorance is bliss. Yes it could be, especially since we don’t know exactly when the end of an era is upon us. But it is very clear to me that the time for change is now very near, as I outlined in last week’s KWN article.

So at least for the ones who are forewarned, they can take some preventive actions. But even the knowledge of major changes in the world could probably ease the shock. For the privileged few who have assets to protect or the ability to move to a safer place, now is the time to seriously consider this. Big cities will not be the best places to live.

An Autumn Of Market Turmoil & Shock
I think this autumn will be the autumn of market turmoil and shock. Overextended stock markets seem ready for major falls. The same is true of the dollar, the world’s reserve currency, only backed by gigantic debts. Property markets worldwide will first freeze and then fall hard. Central banks will try to hold interest rates down but will eventually fail, leading to major falls in bond markets.

Physical precious metals will be major beneficiaries of the coming global crisis. Gold should go to $1,360-70 quite quickly on the way to new highs. Due to a temporarily strong dollar, gold in US dollars is 29% below the 2011 high (monthly close). In most other currencies gold is down a lot less. See gold in Canadian dollars above.

Exchange Controls Are Coming – Trapping Your Money
Silver, albeit very volatile, will rise faster than gold. For anyone considering buying physical gold or silver, there will soon be a time when there will be major deficiencies. There just won’t be sufficient production or stocks to cover the coming demand. Also, we recommend that gold and silver should be held outside the country of residence. There will soon be exchange controls in many countries including the USA. So the option to transfer assets or money out of your country might not exist for much longer.

The risk that we will have major market turmoil this autumn is major. But remember that even if things take a bit longer to materialize, fire insurance must be acquired before the fire.”