Today the man who has become legendary for his predictions on QE and historic moves in currencies and metals warned King World News the world financial system and economy may be headed into a devastating Hannibal trap.

The Hannibal Trap
December 6 (King World News) – Egon von Greyerz:  Is the global investment world about to be caught in the Hannibal trap? Hannibal was considered as one of the greatest military tacticians and generals in history. He was a master of strategy and regularly led his enemies into excruciating defeats. 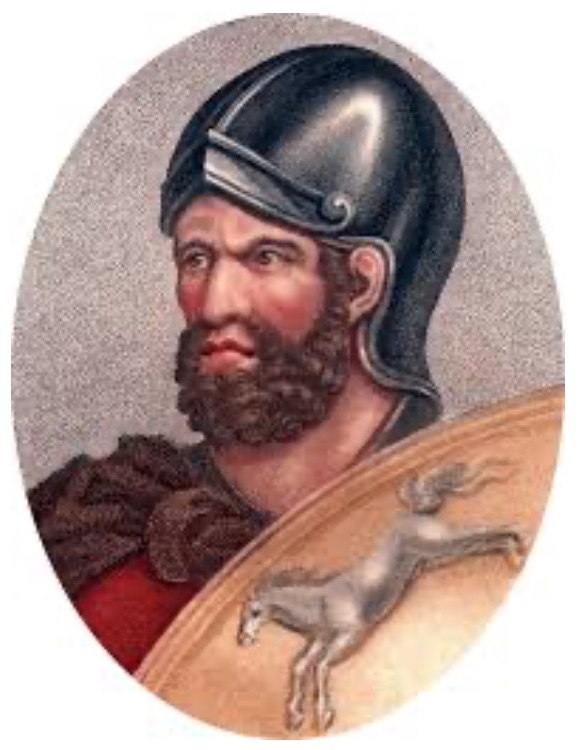 The trap that investors are now being led into has many similarities with Hannibal’s strategy in his victory over the Romans at lake Trasimene in 217 BC. Hannibal was a general and statesman from Carthage (now Tunisia) who successfully fought against the Romans in the Second Punic War.

THE BATTLE AT LAKE TRASIMENE
In 218 BC Hannibal took his troupes, with cavalry and elephants, over the Alps and into Italy. Hannibal enticed the Roman Consul Flaminius, and his troupes, in 217 BC to follow him to Lake Trasimene in Umbria. The Romans followed Hannibal’s troupes into a narrow valley on the northern shores of the lake. When the Roman troupes were inside the valley, they were trapped. They had the Carthaginians ahead of them, the lake on their right and hills on their left.

What the Romans didn’t know was that Hannibal had hidden his light cavalry and part of his army up in the hills. So once the Romans were locked into the valley, they were attacked from both ends with nowhere to escape. Over 15,000 Romans were killed and 10,000 captured in a catastrophic defeat.

So what does Hannibal have to do with the present world? Well, it is pretty obvious. It is all about being led into a fatal trap without even being aware.

COVID ATTACKED AN ALREADY WEAKENED WORLD
As we are approaching the end of an economic era in the world, anything that can go wrong will. The Coronavirus certainly fits that picture, since it could not have hit the world at a worse moment. Whether Covid-19 was accidentally or deliberately created by humans or just a product of nature, we will never learn…

What we do know is that Covid was like putting a match to a time bomb. The time bomb being a global financial system which is about to explode. Major businesses in retail, leisure, travel, airlines are closing by the day and most won’t open again. Globally, 100s of thousands of small businesses have closed with devastating effects for their owners and employees.

The coming depression will affect all levels of society.

BILLIONAIRES WEALTH UP 70% IN THREE YEARS
At the top of the global wealth pyramid we have the biggest wealth trap in history. These are the 2,200 billionaires in the world. In the last three years their fortunes have swelled by a staggering 70% or $4.2 trillion. Their total wealth is now $10.2t.

These billionaires are likely to lose at least 90% of their wealth, in real terms, in the next 5-10 years. But not a single one of them expects this to happen or is prepared for it. With regards to the number of millionaires in the world, the estimates vary between 13 and 46 million. Escalating house prices have clearly created a lot of extra millionaires.

GLOBAL DEBT FUELS GLOBAL WEALTH
Total global financial wealth is up almost 3x since 1990, from $80 trillion to $225t. But this massive wealth accumulation is resting on a very weak foundation of debt. It was only possible to treble wealth by, at the same time, more than trebling global debt from $80t in 1990 to $277t today. 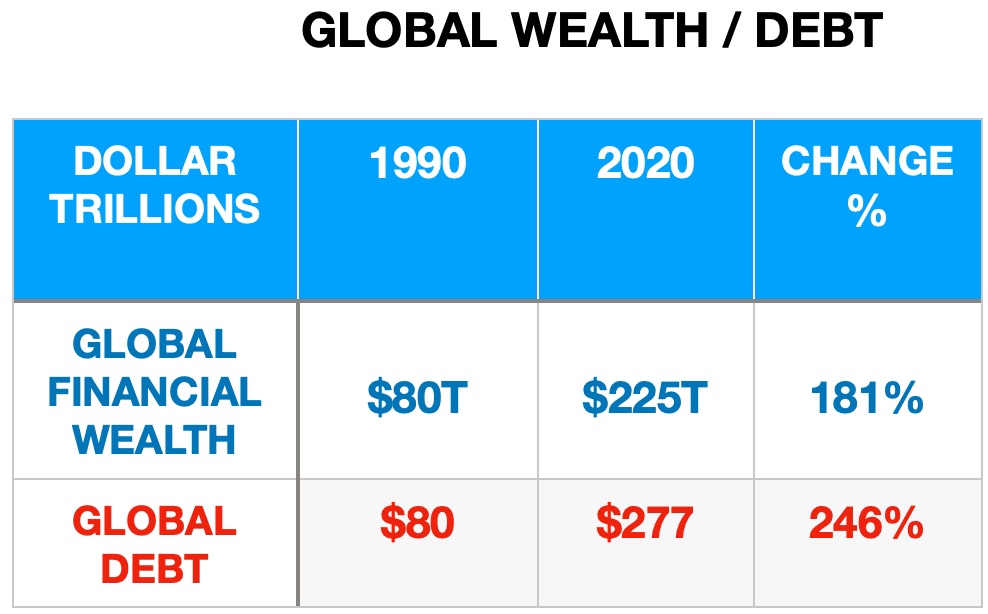 BIGGEST WEALTH TRAP IN HISTORY
So there we have it. The world hasn’t created any net wealth. Instead wealth has just been inflated artificially by credit creation and money printing of the same magnitude. I do realise that total global debt and global personal wealth is not quite like for like. Still, it gives a very good indication how this additional wealth is created since 1990. Yes, it was created by just simply printing money to the extent of $200 trillion in the last 20 years!

This is clearly the biggest wealth trap in history. Hannibal couldn’t have done it better. Billionaires, millionaires and ordinary investors have all been sucked into a honeypot believing that they have real wealth based on sound foundations. What they don’t realise is that they will in the next few years be ambushed by what to them is an invisible enemy.

This will initially involve total debasement of the currency, whether it is dollars, euros, pounds or yen. No they can’t all go done together against each other. But they will all go down in real terms. Real terms means measured in the only money which has survived in history – GOLD.

The route there will not be straight forward. As currencies collapse, we will most likely first see hyperinflation. That could temporarily boost asset prices in nominal terms but certainly not in real terms. There will also be an implosion of both the debt bubble and the asset bubbles in stocks, bonds and property.

ROBBER BARRONS
Robber Barrons were feudal lords in medieval Europe who robbed travellers and merchant ships. The term Robber Barons was used from the 1860s for some of the entrepreneurs at the time. They used unscrupulous methods to acquire wealth, thus the term. Most of them started new industries that  became dominant in their field. They included Rockefeller (oil), Vanderbilt (railroads), Carnegie (steel), Ford (cars), Morgan (banking), and Astor (real estate).

Major fortunes were created by these Entrepreneurs and Rockefeller is still considered the wealthiest man in the world ever, adjusted for inflation. Interestingly, the sectors these millionaires were in are all major industries today except for railways. The modern “Robber Barons” – Bezos, Gates, Musk, Zuckerberg and Buffett are in diversified areas like online retail, technology, car manufacturing and investments/finance.

FANTASY VALUATIONS
The big difference between the Robber Barrons in the late 19th century and today is how their wealth is measured. 150 years ago valuations were conservative and price earnings ratios for public companies were normally below 10. ????

Quick jump to today. Amazon has a p/e over 90, Microsoft & Facebook “only” in the 30s, and Tesla has a staggering p/e of 1,100! So on a historical basis, all of the biggest companies in the world today are grossly overvalued at p/e’s of 32 to 1,100!! This is what happens when governments and central banks primary economic strategy consists of creating money out of thin air and then these funds are used to support the stock market.

A major part of the $150 trillion debt created since since the Great Financial Crisis started in 2006 has stayed with the banks and not gone to consumers or industry. Conveniently the money has reached investors and been invested in asset markets as I showed in the Debt/Asset table earlier in the this article.

STOCKS ARE DRIVEN BY LIQUIDITY – NOT VALUE INVESTING
Thus it is debt based liquidity which is primarily driving up asset markets. This is creating fantasy p/e’s and valuations which has very little to do with the growth of industry and finance 150 years ago.

So back to the Hannibal trap, even though he has been dead for  2200 years. We have major and potentially terminal problems in the financial system since September 2019. And we have a virus which has led to major parts of the world economy collapsing due to governments handling of this virus. But in spite of these massive problems, stock markets around the world are booming.

HANNIBAL TRAP
We have probably not seen the end of the stock market explosion as I explained in a recent article on the coming LIFTOFF & COLLAPSE. But at some point in the next few weeks or months, the market will burst. But before this burst every investor, big or small, who has any spare liquidity must be sucked into the market just before the top. This is the Hannibal trap. Everybody must be hauled into the stocks at the top of the market.

And then BANG! Just like Hannibal totally took the Romans by surprise, so will a violent stock market crash. But this time it won’t be like in March 2020 with a quick recovery. Yes, of course most investors will buy the dips. That will only increase the pain because the coming collapse will be the start of a secular bear market that could last 10 years or more. And just like Hannibal slaughtered the Romans, the coming bear market will slaughter investors. 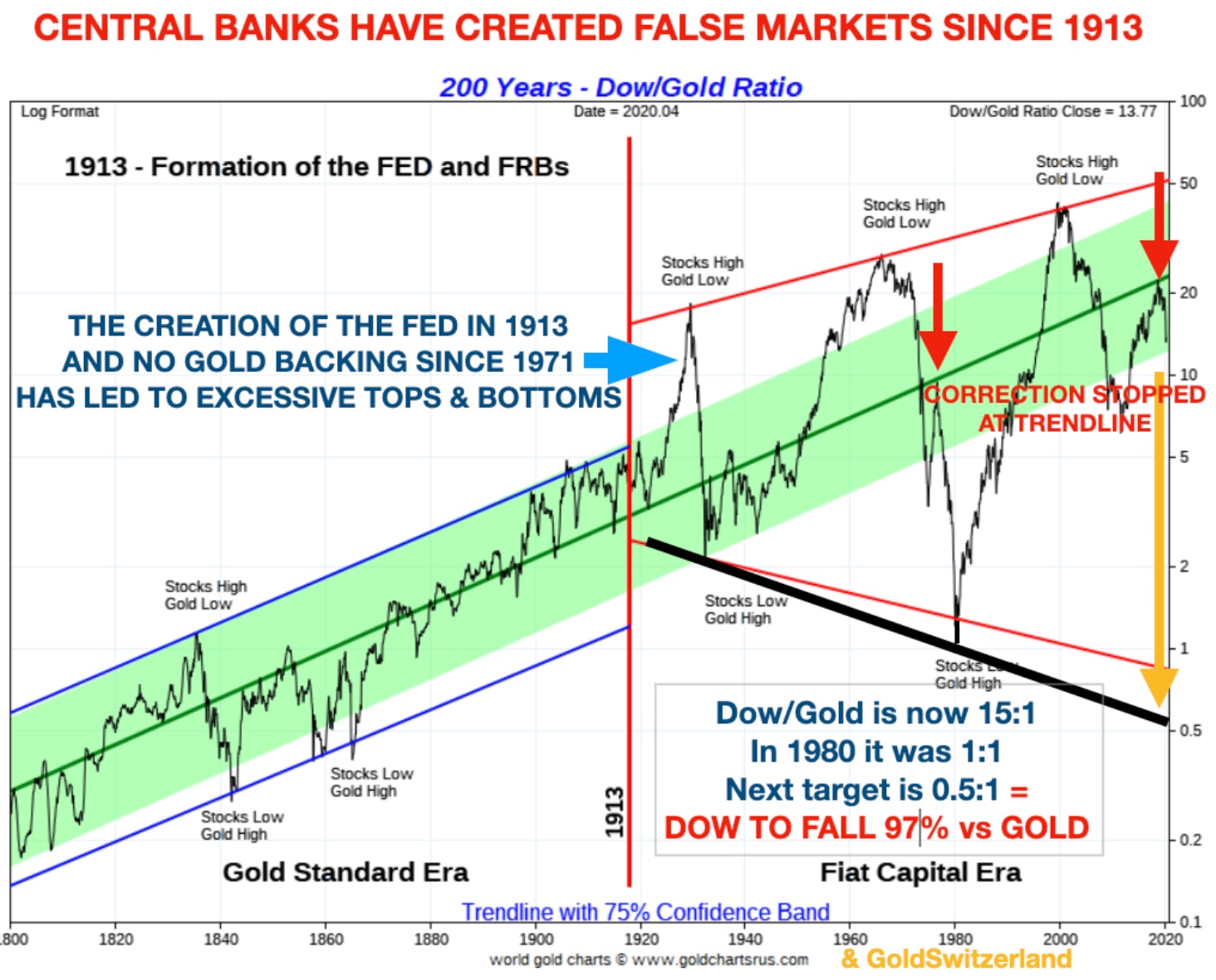 Few people believe this magnitude of decline is possible. But remember the Dow went down 90% from 1929 to 1932, and it took 25 years before it recovered. This time the situation is drastically worse both from a debt point of view and overvaluation of stocks. So 95%+ is not unrealistic.

HISTORY PROVES THAT ONLY GOLD PRESERVES WEALTH IN REAL TERMS
Only gold fulfills the role of always holding its value in real terms. Thousands of years of history proves it. One ounce of gold bought a good costume for a man in Hannibal’s days, 2200 years ago, just as it does today…This will link you directly to more fantastic articles from Egon von Greyerz CLICK HERE.